October 20 2015
121
The administration of the American president knows how to avoid incidents involving American and Russian aircraft in Syrian airspace. It turns out that all that is needed for this is knowledge of the English language by Russian pilots. White House spokesman Josh Ernest, who commented on negotiations between the Russian and US military through a special communication channel, cites RIA News:

We have already described these meetings as practical discussions at the operational level, aimed at ensuring that their (RFLR) activity does not conflict with ours. This would ensure that Russian pilots act in accordance with international safety regulations. This ensures that pilots use internationally accepted communication channels during operations, speak English so that we can avoid accidents. 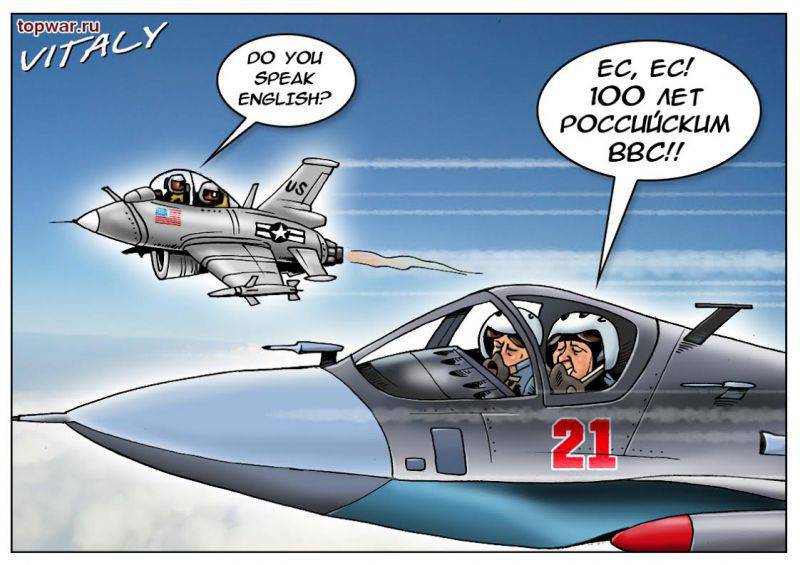 That is, the White House now seriously believes that the “recognized communication channel” of military pilots and not only pilots is negotiations in English. Apparently, all the recent incidents that occurred in different countries of the world with American planes are connected precisely with the lack of knowledge of American English. So, for example, a strike on an F-16 plane by a US Air Force inflicted by the Taliban in Afghanistan, after which the plane had to get to the base without firearms and fuel tanks. The Taliban simply did not understand English, and instead of standing still and waiting for the American pilots to drop the democratic bomb on them, they suddenly started firing from MANPADS ...
Ctrl Enter
Noticed a mistake Highlight text and press. Ctrl + Enter
We are
ARMY-2016. Cluster VCS. Part of 2. Space is space!
121 comment
Information
Dear reader, to leave comments on the publication, you must to register.