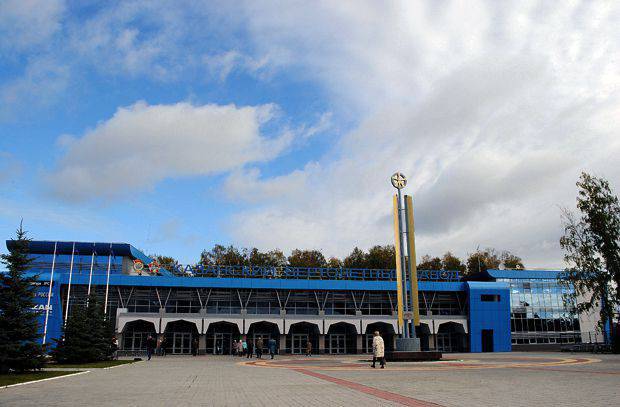 How does the Kazan Helicopter Plant work, where Mi-family helicopters are manufactured

The Kazan Helicopter Plant, part of the Russian Helicopters holding, celebrated its 75 anniversary in the fall. Today, it is a world-renowned manufacturer of the Mi-8 / 17 family of helicopters, which are operated in more than 100 countries around the world. "Russian Planet" visited the company, met with its past and present, and talked with employees.

Every tenth military aircraft in the country

In 1930, in the Admiralteyskaya Sloboda, on the outskirts of the city, the Kazan factory of observable parts No. 169 appeared. In 1935, it became the country's main producer of aviation skis and soon completely transferred to aviation industry.

The turning point in stories The plant became 1941 the year when, at the beginning of the war, the leadership of the USSR decided to transfer the most important defense enterprises from west to east. More than 70 enterprises were evacuated to Kazan, and among them the Leningrad Aviation Plant No. 387 - 3 thousand people and hundreds of machines on which the plant produced Po-2 aircraft in recent years. They placed the metropolitan enterprise in the territory of the plant number 169, people were dismantled into homes and apartments by local workers. The joint plant was given the number 387, and the starting point was 1940. Year - the birth date of Lenaviazavod. 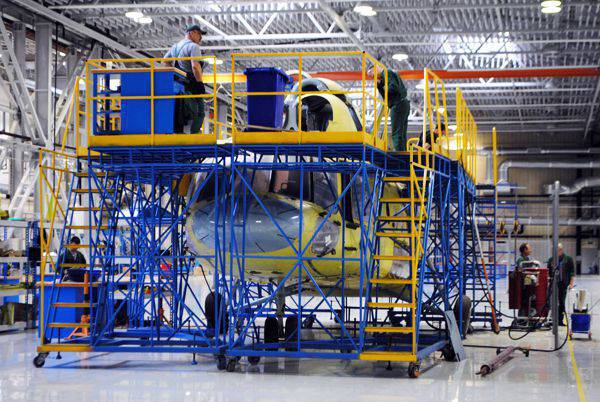 Photo: Natalia Fedorova / “Russian Planet”
According to the recollections of workers, during the war the plant did not leave for weeks, worked day and night, including women and children from 13 years. During the war years, the company manufactured about 11 for the front thousand Thousand Po-2 biplanes - this is every tenth combat aircraft produced by the aviation industry of the USSR. And when the Victory Banner was hoisted onto the Reichstag, it was from a plane launched at the Kazan plant that a picture was taken which 4 of May 1945 of the year went around all the newspapers in the world.

“On 85%, the Po-2 model is made of wood and covered with special fabric,” says Valery Solomakhin, director of the Museum of Labor Glory at the plant. - Very unpretentious car, she could sit down and rise from any dirt road. When these cars appeared at the front, the fascist command did not pay any attention to them. German newspapers wrote that the Russians began to fight "wooden planes", called it "plywood", "coffee mill". "

But when Po-2 began to deliver very accurate and accurate strikes, Hitler issued a decree: whoever knocks down such a plane will receive 5 thousand marks and an Iron Cross.

After the war, the Soviet Union badly needed agricultural machinery. The sky was forgotten for a while, and in 1946, at the factory number 387 for the first time began mass production of the best at that time in the world self-propelled combine harvesters C-4. In 1951, Mikhail Mil developed the first Russian Mi-1 helicopter; he was assigned to issue the Kazan plant, which has since become known as a helicopter. The plant produced the first domestic helicopter supplied for export (Mi-4), and the most popular and popular of all helicopters of the family is the Mi-8.

In the 1990-s, with the collapse of the Union, the plant itself had to extract orders, it survived through exports. The first revenues were created by their own design office, which soon developed a modern Ansat helicopter (translated from Tatar as “light”). 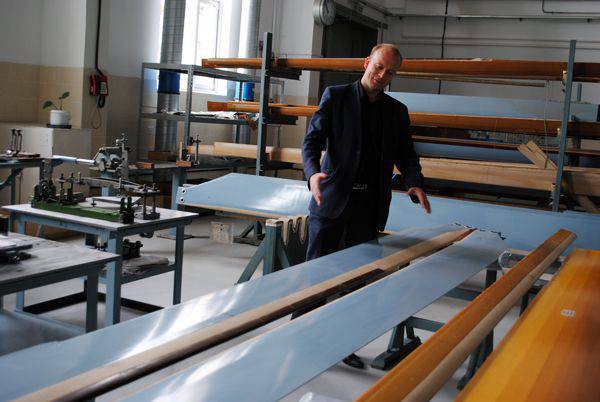 Photo: Natalia Fedorova / “Russian Planet”
“In 2017, we will begin mass production of the new Mi-38 helicopter - this is the Mil Design Bureau project. The most modern helicopter in the country. Blades made of composite materials, more aerodynamic fuselage, modern avionics, Russian-made engines. During the tests, he set several world records: both in flight speed and in the static ceiling, ”comments Solomakhin.

By the middle of 2000-ies the physical and moral deterioration of the enterprise reached 80%. Since 2008, the plant has launched a modernization program worth more than 12 billion rubles, which is planned up to 2018.

“In the course of modernization, most of the old Soviet machines were replaced by modern ones. One machine today in terms of output replaces from 5 to 20 machines of the past. In the turning shop, for example, there were 112 machines, and it became 48, ”says RP head of the machine-assembly shop of the turning and milling direction, Nikolai Gordeyev. - Acceleration of work in comparison with old machines - by 60%. Production volumes have tripled, the amount of electricity consumed, and the occupied areas have decreased. ” 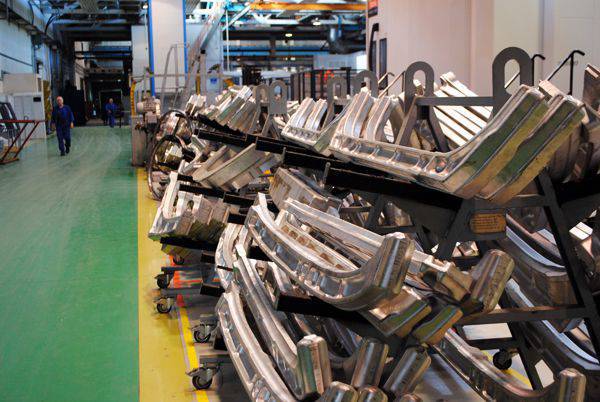 In the shops of the Kazan Helicopter Plant. Photo: Natalia Fedorova / “Russian Planet”
What can be seen in the shops of the plant breaks stereotypes about the old Soviet enterprise. It’s not noisy, the workers in neat blue workwear are more like lab technicians.

“What was here before? - Asks Gordeev and he answers: - Oil on the floor and machine tools, noise, dirt, metal chips flew. For example, before there was no vestibule, and when in the winter the car came into the shop to unload, the person who worked near this site on the machine would wear a hat and a padded jacket. Now we have double glazing, heating. When the car comes in, people work calmly even in winter in T-shirts. Dust-free floors, good illumination. Previously, the workers themselves cleaned up in the evening, now they only serve the machines. Cleans the cleaning company. "

Now the plant has more than 100 divisions, where 7 thousand people work. The net profit of the company in 2014 amounted to more than 12,7 million rubles.

There are a lot of young sports guys behind the machines - the share of working youth at the plant exceeds 24%. In the machine-assembly shop of the turning direction, for example, the average age of workers before reconstruction was 53 of the year, and now 36 of years. At the same time, 60% of factory workers are people with higher education. Employees of the company also offer a wide social package (in 2014, the total amount of it was 368 million rubles) and special programs - for example, the provision of apartments for rent with their subsequent purchase.

“The most unskilled worker receives a minimum of 20 – 25 thousand rubles. The highest pay for workers reaches 60 thousands. The average salary at the plant this year is 38,3 thousand rubles, ”notes Gordeev. 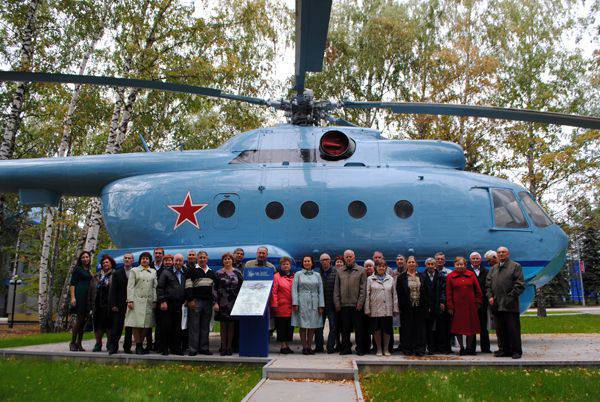 Veterans of the Kazan Helicopter Plant. Photo: Natalia Fedorova / “Russian Planet”
On the airfield, helicopters “learn to fly,” figuratively expressed by Andrey Ivanov, deputy head of the flight test complex. Here the blades and the tail rotor hub are hung on the car, filled with oil and fuel and begin ground testing and flight testing. We climb inside the Mi-17B-15 helicopter, which will soon go to India, but first it must fly eight hours under the control of test pilots.

Kazan Plant is the only enterprise of a full cycle of helicopters: from development and serial production to after-sales support, personnel training and repairs. Almost all components of the helicopter, including avionics, are manufactured here, except, of course, for primary raw materials and motors.

We are in Yandex Zen
The development of the military-industrial complex of the Russian Empire in the years of WWI
From the history of own names of aircraft of Russia in 1930-ies
15 comments
Information
Dear reader, to leave comments on the publication, you must to register.