October 20 2015
149
The “new feature” of the Western media draws attention. More precisely, the old, not exactly new and not even forgotten, but this is some kind of the next incarnation of the famous Obam's meme “Russia's economy is torn to shreds”. What is this incarnation expressed in? And it is expressed in the fact that the British press, which until recently considered how long it would take for the “sanctions to kill the Russian economy,” now hit upon calculating how many more days (hours, minutes ...) the Russian operation in Syria will last, which finish off the last crumbs of the Russian budget ".


So british Daily Telegraph It comes out with material in which the authors seriously declare: “Russia is running out of finances.” At the same time, the reference is to “independent rating agencies” - they say, look, the sovereign rating of Russia is reduced by agencies, which means it’s time to count the days to “the end of Russia”. But Daily Telegraph for some reason, it does not inform its readers that these rating agencies lowered the sovereign rating of Russia long before the first Russian military aircraft dropped bombs on ISIL and Frente al-Nusra terrorists. Nor does he report that from the moment Russian ratings were downgraded S&P or Fitch Russia has not delayed a single payment on the payment of foreign debt, while reducing inflation, stabilizing the expenditure of the Reserve Fund, the national currency rate and increasing investment from a number of countries, including both the financial center of Europe - Luxembourg, and a key player in the world oil market - Saudi Arabia.

The Daily Telegraph quotes the head of Rusal, Oleg Deripaska:
We should stop looking at the exchange rate (ruble), and start thinking about what kind of economic policy we need. No one will borrow money in a currency under 12% in order to invest it later. At the very peak of Russia's GDP reached 2,3 trillions of dollars. Now this figure has dropped to 1,2 trillions. I am afraid that we will return to the level of 1998 of the year, when the size of GDP was 700 billion dollars.
Right here Daily Telegraph makes a kind of commentary of Oleg Deripaska’s statement, which automatically makes it clear for what purposes the British publication decided to publish this material at all - another crazy material about the economy torn to shreds ... British “experts” write that with such GDP volumes that Deripaska outlined, Russia By definition, can not claim the status of a superpower. At the same time, data on the GDP of the Netherlands - 850 billion dollars. They say, look, Russia, the economy of the Netherlands in its volume is almost equal to the economy of Russia, and you, Russia, are still trying to talk about some claims to a multipolar world ... 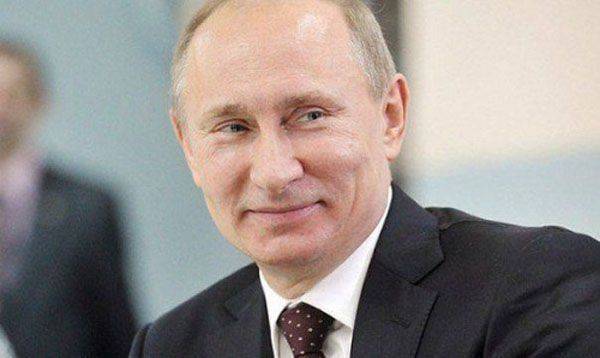 All these statements that Russia is “about to run out of money,” and that it “will crawl on its knees to a unipolar ruler,” from which Britain itself has not crawled for a long time, look like a kind of complacent mantra for the West. After all, the “most democratic after the American and Ukrainian” press in the world — the press of Her Majesty — cannot provide its readers with objective materials that in modern conditions not everything is “okay” in the economy is not only Russia, and that EU countries sometimes experience much more acute problems of an economic nature. The British press cannot submit to its subscribers objective data that the American “coalition” in the same Syria is nothing “more successful” than dropping weapons terrorists and getting "democratic" bombs in excavators and transformer substations on Syrian territory is not achieved, and the Russian VKS, supporting the Syrian army, have achieved. After all, if it's all the same Daily Telegraph as an informational dish, he will issue on one of his pages today, then tomorrow, according to the canons of “democracy”, the editor-in-chief will change along with the staffing of current journalists.

Therefore, in order to curry favor with the "exceptional", they have to podtyvat of the "torn economy", the "total failures of the Russian Aerospace Forces in Syria" and the bombing of "bearded pregnant boys and blind kittens" ...

The main thrust of the materials is that Russia is doing everything wrong, Russia is a “camel,” and those who are trying to prove that Russia is not a camel are “uncivilized kremleputy zombie by Moscow propaganda barbarians.”

In principle, nothing really is new except, perhaps, the fact that the term “Syria” has now appeared in the materials of the “friends”. Just a few months ago, the term "Ukraine" was exaggerated, earlier - "Chechnya", even earlier - "Afghanistan", "Korea", etc. And the message is the same everywhere: the bright NATO elves bring good and well-being to the whole world (not to mention that the well-being of elves is made up of the oil fields and rivers of the spilled blood of those who are "good" carried by elves), and the Russian "Mordor" - the beggar, torn to shreds, with an animal grin - this is a horror of a planetary scale.

As a fact: the old disc has changed to a new digital drive, but the compositions have not changed either in content or in tonality, and even the arranger is really tinkering using the “musical” effects of a sample 40-year-old.

Ctrl Enter
Noticed oshЫbku Highlight text and press. Ctrl + Enter
We are
Continuation of the heartbreaking story about the duel "Russia - rating agencies"Results of the week. “Where will I grub?”
Military Reviewin Yandex News
Military Reviewin Google News
149 comments
Information
Dear reader, to leave comments on the publication, you must sign in.