The Ukrainian army is armed with a combat "Hopak"

October 19 2015
162
Ukrainian innovators and manufacturers continue to “delight” with their developments. Experts did not have time to appreciate the miracle of Ukrainian engineering and technical thought helicopter "Lev-1", as a new weapon peremogi. At the Ukrainian plant "Mayak" developed a mini-rifle "Gopak".


According to representatives of the concern "Ukroboronprom", which includes the Mayak plant in Kiev, begins a series of tests of a new rifle, after which it will begin to enter the troops. 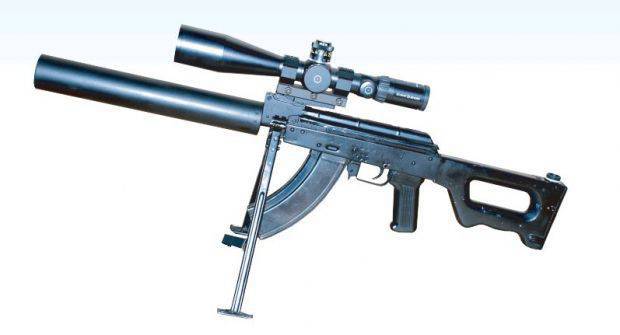 The rifle can be equipped with optics and a silencer.

The rifle was presented for the first time at the XII International Specialized Exhibition "Arms and Security 2015".

From the press service of "Ukroboronprom":
During the year of operation of the new leadership of Ukrooboronprom, there was an increase in the volume of weapons and military equipment produced by 36.

After the announcement that a new portable Ukrainian rifle may soon begin to enter into service with the Ukrainian army, the term “combat gopak”, widely known on the Internet, finds a special embodiment.

Ctrl Enter
Noticed a mistake Highlight text and press. Ctrl + Enter
We are
New from "Ukroboronprom": mini-armored car "Phantom"New rifles V. Lobaeva
162 comments
Information
Dear reader, to leave comments on the publication, you must to register.