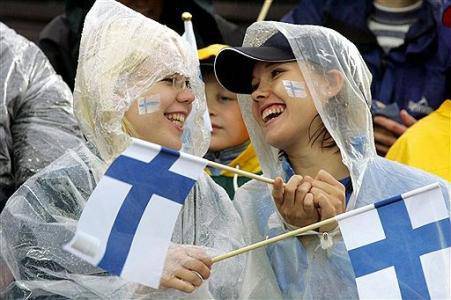 
The "results of the aggression" of Russia - half of Europe and part of Asia gained statehood from the hands of Russia (USSR) !!!

Let us remember who it:

- Lithuania restored statehood in 1918 also thanks to Russia.

- Poland restored with the help of Russia twice, in 1918 and 1944. The division of Poland between the USSR and Germany is only a short episode!

- Romania was born as a result of the Russian-Turkish wars, and became sovereign by the will of Russia in 1877 – 1878.

- Moldova as a state was born inside the USSR.

- Bulgaria as a state was born as a result of Russian victory weapons in the Russian-Turkish war of 1877-1878, which had its purpose. As a thank you, the state of Bulgaria in the two world wars participated in the anti-Russian coalitions. Now Bulgaria is a member of NATO, and US bases are located on its territory. After 1945, there was not a single Russian soldier on its territory ...

- Serbia as a sovereign state was also born as a result of this war.

- Azerbaijan as a state took shape for the first time only as part of the USSR.

- Armenia was physically preserved and revived as a state only as part of the USSR.

- Georgia was preserved physically and was revived as a state only as part of the USSR.

- Turkmenistan has never had statehood and formed it only as part of the USSR.

- Kyrgyzstan never had statehood and formed it only as part of the USSR.

- Kazakhstan never had a statehood and formed it only as part of the USSR.

- Mongolia never had a statehood and formed it only with the help of the USSR.

- Belarus and Ukraine also gained statehood for the first time as a consequence of the Great October Revolution within the USSR. And in 1991, full independence.

If we take into account the role of Russia-USSR in the birth and formation of such states as the PRC, Vietnam, North Korea, India, Greece, the Turks were beaten off by Russia in the distant 1821 year, Algeria, Cuba, Israel, Angola, Mozambique, etc. something strange "aggression" from Russia! "

Add comment from Dmitry Marchenko (itself a comment below, but it's more convenient to read, as an extension):

Switzerland reclaimed independence from France Suvorov 217 years ago, since then they have never (!) Is not at war;

- The liberation of Austria from the Third Reich 1945;

- The liberation of Czechoslovakia from the Third Reich 1945;

- The position of Catherine II in 1780 with the creation of the League of Armed Neutrality and the actual support of the North American United States contributed to the defeat of England and the attainment of US independence .;

- Twice in the last 2 centuries, Russia granted independence to most European countries by grinding the armies of the dictators Napoleon and Hitler;

- Stalin's position in negotiations with the United States and Britain gave Germany the opportunity to maintain statehood after the defeat of the Third Reich in 1945 .;

- The position of Gorbachev allowed Germany to reunite without problems in 1990;

- Without the help of the USSR, Egypt could not survive and consolidate its independence in the war with Israel, Britain, France in 1956-57, in 1967 the intervention of the USSR stopped the war of Israel with Egypt, in fact saved the Arabs from defeat in two wars in 1967-74 years

- Angola won its independence to 1975 only thanks to the USSR;

- Most of the colonies of Western Europe gained their independence thanks to the world movement of decolonization after the Second World War, in which the USSR played the main role

All история Russia says that it was consistent with any authority in upholding the principles of independence and self-determination of nations and peoples, and helped in every way the creation of a multipolar world in any era. And very often, unfortunately, at the same time sacrificed their own interests as a state and its population.

If our policy were similar to the British, now half the world would be in the Russian Imperial Commonwealth of Nations, and the Russian people would swim in luxury, like the sheikhs of Saudi Arabia, at the expense of countries liberated from other colonizers.

We are in Yandex Zen
European Union: trade war with Russia
Igor Shishkin: The concept of the "occupation" of the Baltic states, Bessarabia and the "fourth section" of Poland is a challenge to the security of Russia
101 comment
Information
Dear reader, to leave comments on the publication, you must to register.