October 19 2015
57
According to the famous American historian Stephen Cohen, a specialist in Russia, Vladimir Putin is actually trying to stop the terrorist threat of the "Islamic State" in Syria. As for Washington, he could not offer a viable alternative to solving the Syrian conflict. Meanwhile, an article by Arthur Herman was published in the American conservative magazine National Review, which states that the Russians in Syria "showed professionalism", which surprised observers. The third author, Brian Whitmore from The Atlantic, notes that “holding back” Moscow in the spirit of the cold war does not work. 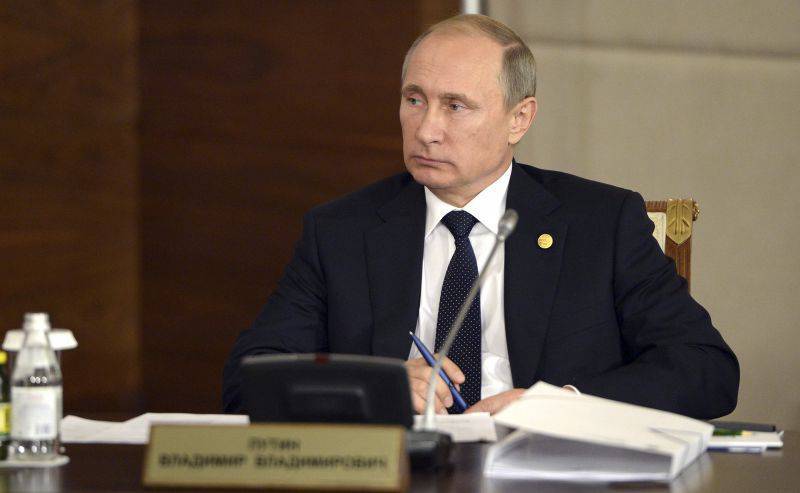 Editor and author of the publication "The Nation" historian Stephen F. Cohen (specializing in Russia) explained to the public why the Russian air campaign in Syria provokes such a "fierce" and frankly anti-Russian reaction in political circles and major media.

According to Cohen, Russian President Vladimir Putin follows his own words: he is trying to stop the dangerous terrorist threat in the face of ISIS, and not only ISIS. These terrorists, in the opinion of Putin and the political elite of Moscow, are a serious threat to the national security of Russia, as well as to international security, including the United States.

Cohen argues that American calls for the creation of a so-called no-fly zone over Syria, and even the knock-down of Russian military aircraft, as well as the provision of a “moderate” opposition supported by the US in Syria, will lead to ground-to-air weapons for at best) to the continuation of the American-Russian political conflict that began because of Ukraine, and even to the “real war with Russia”.

Meanwhile in an American magazine "National Review" An article by Arthur Herman was published, stating that the Russians in Syria "showed professionalism." Yes, such a professionalism that amazes.

Arthur Herman advises those readers that they see in Putin’s intervention in the Syrian conflict "the result of some insane dictatorial urge" to think once more.

Recently, the New York Times has posted an article that directly marks the "stunned" American military analysts. They were struck by the planning and accuracy of the Russian military operation in Syria.

The commander of US forces in Europe, for example, said: “I am still impressed with their ability to do many things in real time - at a distance and very quickly.” This means that Putin’s military machine is fully capable of carrying out powerful remote operations. And some people thought that such operations were an American “profile” only.

Russian pilots easily made such a bombing in just one day, which can be compared with the strikes against ISIS, which the “unlucky American coalition” spends ... for a whole month.

The Russians also launched a “new-design cruise missile” against the opposition fighting with Assad. Technologies of this rocket can coincide (or even surpass it) with the American technology.

In general, the Russians "showed" such "professionalism and readiness" that "shook the observers" - those observers who still remember how poorly the Russian military could act during the post-Cold War times. Or even those times when the Russians "invaded Georgia seven years ago."

Today, Moscow’s actions in the air of Syria clearly reflect a long preparation: “months of careful planning”, conducted jointly with the “Iranian leadership”. The agreement between Tehran and Moscow indirectly confirms the fact that the Russians and Iranians were waiting only when Obama finally approved the “nuclear deal” with Iran. After that, “joint actions in Syria” were undertaken.

Military experts believe that the relevant plans were developed at the end of July 2015 of the year (when Comrade Suleymani visited Moscow), that is, at the same time, when Iran was negotiating the details of its nuclear deal with Obama and Kerry.

It is said that the White House was “taken unawares” by the way Putin began to build his new military base in Latakia. However, all this история Arthur Hermann suggested that by allowing the Russians and Iranians to intervene and try to “save the Syrian dictator Bashar Assad,” the White House allowed Putin to become a new driving force in the Middle East. Russian boots on the ground and Russian fighters in the air are part of the price Mr. Obama was willing to pay to get "any deal with the mullahs about their nuclear program."

“Does it really surprise anyone?” The journalist asked rhetorically.

According to him, one Obama managed to turn the US policy in the Middle East "inside out." And now Russia and Iran will fill the “vacuum” left by the USA there. At the same time, Obama refuses to take into account the interests of America’s traditional allies in the region: Israel, Jordan, Saudi Arabia and Turkey. But all of them "are rightly afraid of the restoration of Assad and the strengthening of Iran," not to mention the "permanent Russian military presence in the eastern Mediterranean." Everything is now upside down for the United States, the author believes.

Attempts to keep Russia in the spirit of the Cold War do not bring success, says Brian Whitmore. He writes about this in the American edition "The Atlantic".

Where do these walls come from?

Russia's neighbors are afraid that “green men” will soon be visiting them and unleashing “hybrid wars”.

Some Western analysts are already recalling George Kennan's “Long Telegram,” which at one time became the basis of Western policy to curb the expansionism of the Soviet Union. For example, back in November last year in Foreign Affairs, professor at Rutgers University Alexander Motyl (Rutgers University-Newark professor Alexander Motyl) called for "developing a serious, reliable and long-term strategy that would be the answer to Russia's expansionism."

Crank in this idea is not alone. He is in solidarity with the Dean of the Faculty of International Service at American University, James Goldgeier. He believes that the US should "revive a deterrence strategy to counter Russia's aggression." The same opinion is shared by Aleksandr Goldfarb, a man who emigrated from the USSR.

Everything is clear with ideas, but is it possible to implement them?

NATO’s actions (new military installations in the Baltic States, Poland, Romania, an increase in the number of Alliance military personnel on its eastern border, and finally, the creation of a rapid reaction force) are announced by the analyst with the right steps.

The world lives in 2015, and not in 1947. Serious attempts to contain the current Russia, integrated into the global economy (unlike the USSR), cannot seem like an old strategy of containment. It's not just about economic integration. The current Russian Federation does not ideologically strive for “global hegemony”. The danger from it emanates a different, criminal plan: Brian Whitmore believes that modern Russia is a "criminal syndicate that has disguised itself as a state" (original: a crime syndicate masquerading as a state). The journalist writes that President Putin, in a company with people who have risen thanks to him and who make up his inner circle, uses corruption to rule the state, to strengthen the regime and enrichment (original: state rule in order to control their rule, expand their reach, and enrich themselves). It is not by chance that the Chatham House report from 2012 of the year indicated that the president of Russia used “corrupt transnational schemes” that exist throughout the former Soviet Union and even beyond. The goal is to expand its “shadow influence” outside Russia.

What conclusion does the author make?

In his opinion, the main difference from the “iron curtain” is that today the fault line runs between the transparency zone (West) and the corruption zone (Russia). Therefore, the United States should base its new deterrence policy on limiting the sphere of corruption in Russia and at the same time expanding the sphere of transparency of the West. The author recommends starting a policy with Ukraine, Georgia and Moldova.

Also, the West needs to “shed light” on the “network” of shadow companies created by Russia in Europe for money laundering and hidden influence. The London property market should be made more transparent, the journalist advises in passing.

There is a West and backup weapon - prohibition of Russia to use the services of SWIFT.

So, some experts advise taking Putin’s actions in Syria for granted and point out that the Russians are successfully fighting the IG, and Washington is not in a position to offer a viable alternative to solving the Syrian conflict. Other analysts cite statements by high-ranking US military who point out the "professionalism" of Russians in Syria, which "hit the observers." Other publicists, by contrast, propose that the West actively oppose Russian “expansion”, and the “containment policy” of 2015 should not repeat the outdated 1947 dogmas of the year. The new training manual is as follows: the West must counterpose its “transparency” to the Russian “corruption”. The showcase of the latter, apparently, will be Ukraine, Georgia and Moldova, as well as the "London real estate market." If nothing happens with this, the West can launch a backup weapon - disconnecting Moscow from SWIFT.

Ctrl Enter
Noticed a mistake Highlight text and press. Ctrl + Enter
We are
Stephen Cohen: what will lead US policyFor what the West revenges Russia?
57 comments
Ad