October 19 2015
12
The Ministry of Defense of the Russian Federation reported on the anniversary of the Teikov Guards Order of the Kutuzov Rocket Division of the Strategic Missile Forces, which is part of the Vladimir Rocket Army and stationed in the Teikovo town of the Ivanovo Region, which turned 55 years. This is the first in stories The Strategic Missile Forces compound, which was completely re-equipped with modern mobile ground-based missile systems (PGRK) Topol-M and Yars. 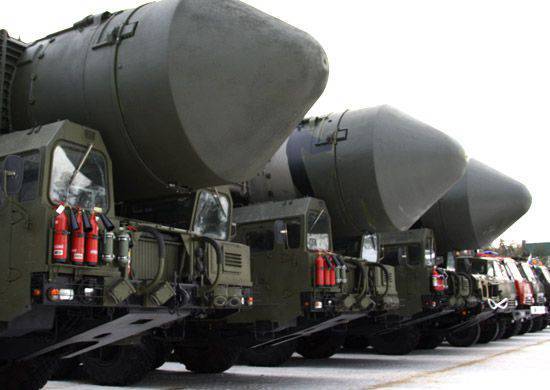 Teykovsky connection is the only one in the Strategic Missile Forces, who participated in military parades on Red Square since 2008 in Moscow. At the moment in the composition of the missile division 4 missile regiment, part of the protection and support. Every day, more than 500 strategic rocket engineers take over combat duty in the compound. In the entire history of the rocket men of the Teikov division, they spent about 20 thousands of days on alert.

Ctrl Enter
Noticed oshЫbku Highlight text and press. Ctrl + Enter
We are
In the Ivanovo region opened a memorial memorial in honor of the designer of tanksTeikov missile unit personnel completed retraining for the new Yars PGRK
Military Reviewin Yandex News
Military Reviewin Google News
12 comments
Information
Dear reader, to leave comments on the publication, you must sign in.