October 19 2015
44
On the eve of the most different countries of the world, the Syrian diasporas held rallies in support of Russia's actions in Syria. RIA News reports that Syrians were going to rallies in support of counter-terrorism actions of the Russian Aerospace Forces in countries such as Germany, India, Serbia, Belarus, Slovakia, Romania, Lebanon, Iran, and Jordan. 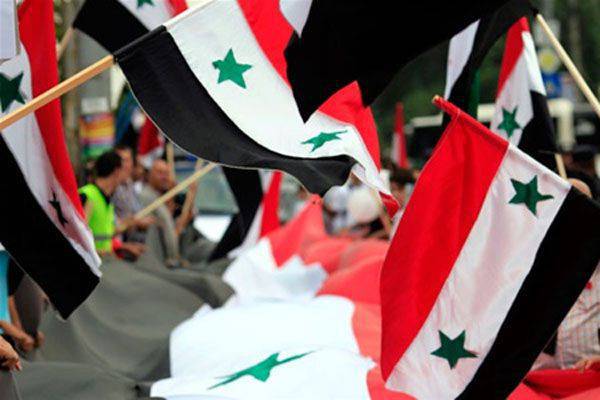 Protesters came to the buildings of the diplomatic missions of Russia in foreign countries with Russian flags, expressing support for Russian actions in Syria.

Representatives of the Syrian community of Berlin chanted:

Thank you, Russia! Thank you, Putin! Salafis have no place in Syria!

From the statement of the representative of the Syrian community of Germany Radi Skandava:

We have gathered today in front of the Russian embassy, ​​because Russia is in a coalition for peace in Syria, against war and terrorism around the world. We wanted to thank all Russians and President Vladimir Putin for their help, for participating in the fight against terrorists and fascists in the Middle East.

In Romania, the Syrians went to the rally and distributed an open letter expressing support for the actions of the Russian Federation.

Recall that in the West, political leaders say about the "futility" of the Russian operation in Syria, as the blows are dealt "not by the militants." However, Russia has already managed to get used to this misinformation pressure and continues to systematically destroy the militants and their infrastructure, contributing to the offensive operation of the Syrian armed forces.

We are in Yandex Zen
ARMY-2016. Cluster VCS. Part of 2. Space is space!
44 comments
Information
Dear reader, to leave comments on the publication, you must to register.