Armored "Gadfly": a wave of criticism and outrage 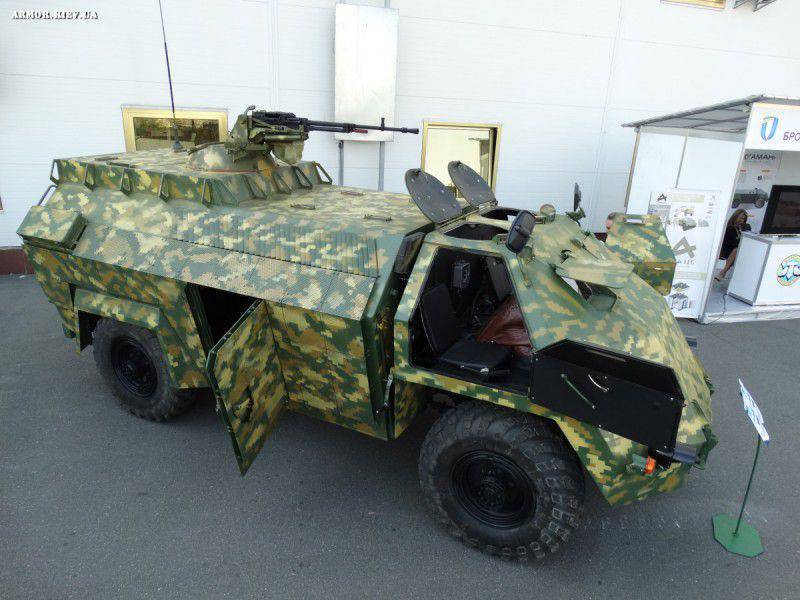 As part of the exhibition "Weapon and safety - 2015 ”, which took place in Kiev 22-25 in September of this year, the specialists of the Zhytomyr armored plant presented their new development - the Ovod armored car. In a press release, the state enterprise Ukroboronprom announced that this development is a new promising concept for the creation of lightly armored vehicles and weapons in large quantities.

As stated by the specialists of the enterprise, the subject of the concept is the manufacture of fast-mount armored modules that can be mounted in a relatively short time (from 30 minutes to several hours) and installed on the all-terrain chassis (ZIL-131, GAZ-66, MAZ, URAL-375) as well as imported chassis, provided the latter are equipped with diesel engines.

The armored car “Gadfly” was created on the basis of the GAZ-66 chassis with an engine from Hyundai. Instead of the usual cab is installed armored module. In fact, this development is the "brother" of the BTR-80. The main objective of an armored car is not to conduct combat, but to safely transport army personnel. Basically it is designed to work in the rear. In total, the machine can accommodate up to 15 fighters.

According to the developers, the armored car has several advantages: it is multifunctional, technologically advanced, it is possible to quickly transform it and organize large-scale mass production.

The undoubted "plus" of the new armored car is cheap production. Currently, there are about 50 thousand obsolete ZIL-131, GAZ-66 and URAL trucks in the vaults and warehouses of the Ukrainian Armed Forces. For their intended purpose, it is impractical to use them because of the limited resource and uneconomic carburetor engines.

In addition, the advantage is also a powerful undercarriage with a low center of gravity and reliable army units. Due to the chassis all-terrain vehicle pretty confident overcomes off-road.

Another advantage of the Gadfly is a modular design. The basic set of armored modules can be installed in a short time. It is enough to remove the cab and body from the truck and mount the control module and the function module in their place. Depending on the task, it can be a combat or transport module, logistic and technical support modules, as well as combat control modules.

Through the use of a hinged booking kit with a total weight of about 200 kilograms, the car has acquired the bulletproofness of the third level of the NATO standard body STANAG-4569. Thus, protection against millimeter 7,62 caliber small arms is provided. A lining armored hull on the basis of reinforced fibers in the case of penetration of armor prevents the formation of a stream of secondary fragments.

Unfortunately, this positive side of the armored car "Gadfly" ends. "Cons", as it turned out, the car is much larger.

The main drawback of the new development is the catastrophically low cabin height. According to the developers, a driver about 10 inches in height should fit in it. In the event that a fighter is taller and larger in stature, and even in full uniform, in a bulletproof vest and helmet, he simply will not be able to get inside. The armored car is so low that the driver is forced to drive with his head stuck in the hatch. The logic of such design ideas is extremely difficult to understand.

As mentioned above, instead of the cockpit, a sloped armored module was installed, but the layout, in which the driver and passenger sit above the front wheel on a hot engine, remained. Thus, in the event of an explosion on a mine or a mine, the chances of surviving these fighters are catastrophically low. In fact, the armored car is deprived of mine protection. This fact was confirmed in practice during the war in Afghanistan, so the Soviet army abandoned GAZ-66, leaving ZIL-131 and URAL.

Another drawback is the low, close, narrow combat compartment. The seat is replaced by the shop in the center, and the only way to get to the combat module is to stand with your feet on the seat in the center.

The machine also has no loopholes for firing from the cabin. It is not clear why they are not there, because in this case, the crew cannot use personal small arms. In addition, landing and disembarking on the move is critically traumatic.

Control levers in the “Gadfly” are placed without taking into account the specific configuration of the armored cab.

Thus, we can say that the latest development is by and large a failure, it requires numerous modifications and improvements. Therefore, it is too early now to speak about the establishment of mass production, if not to say more precisely, it is inexpedient. 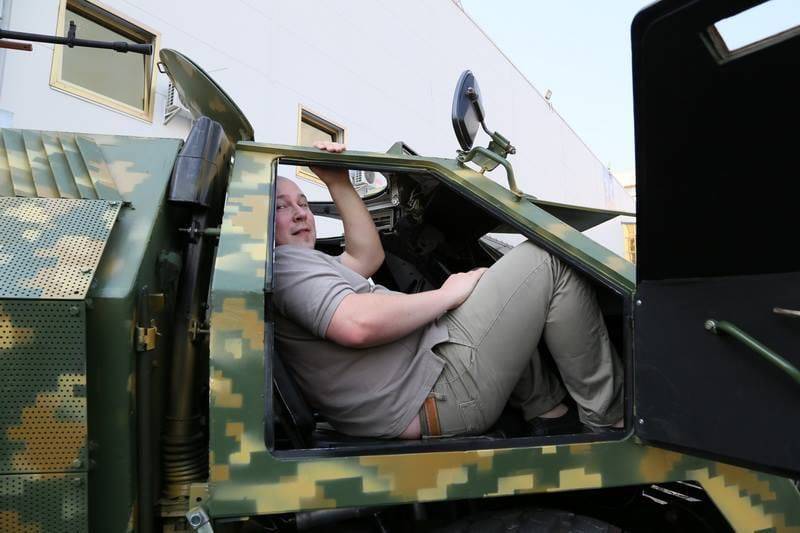 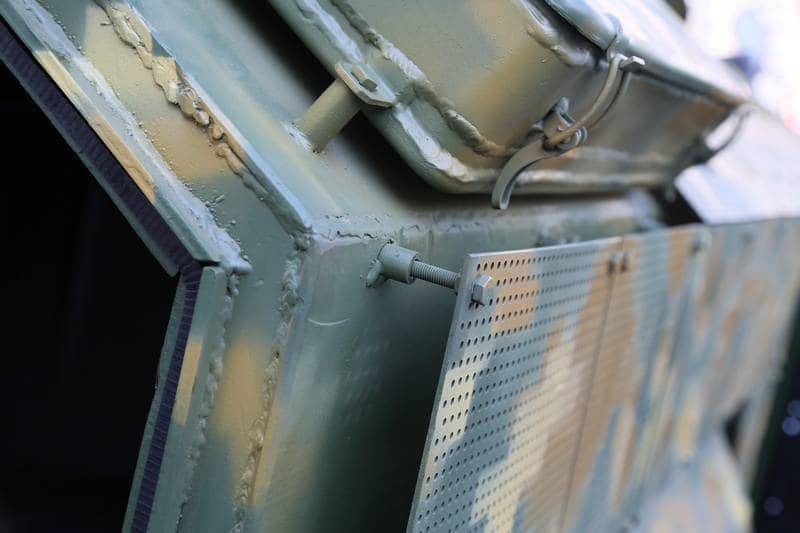 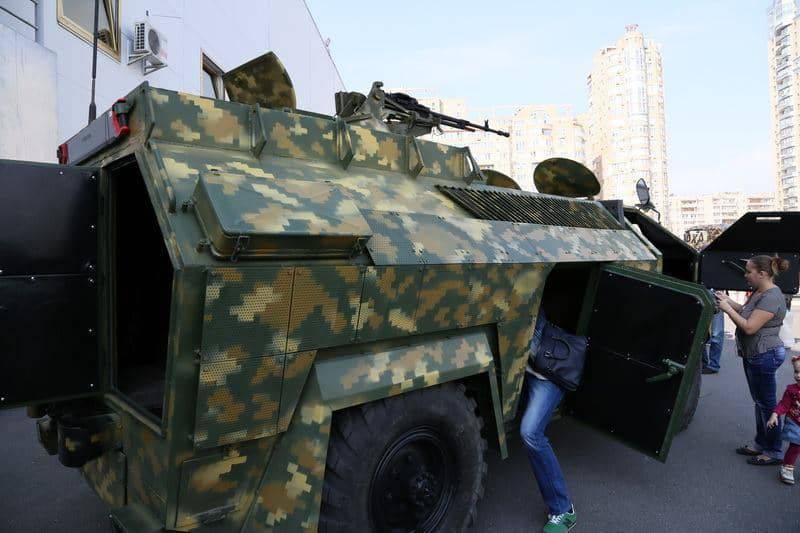 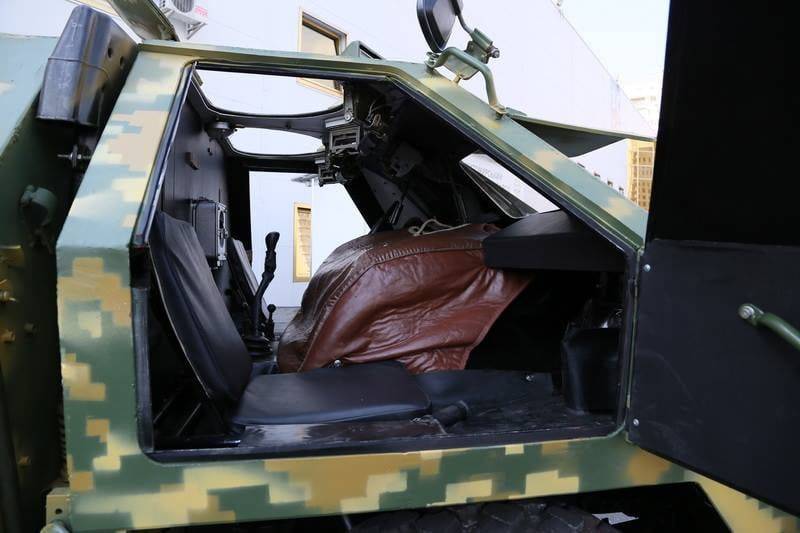 Ctrl Enter
Noticed oshЫbku Highlight text and press. Ctrl + Enter
We are
Innovation Day of the Southern Military District: Pictures from the ExhibitionThe action “Military service under the contract is your choice!” In Rostov-on-Don: future contract servicemen, exhibitions and “Russian Knights”
57 comments
Information
Dear reader, to leave comments on the publication, you must to register.