October 24 2015
0
Separate militia units (hereinafter the PKO) of the Serbian Krajina still remain little explored on its page. history and the history of the construction of its armed forces. Despite the fact that at a certain stage of the existence of the RSK they were the basis of its military organization, in the works of most researchers the PKO are mentioned in passing.


One of the main reasons for this situation is the short duration of their existence. The PKO were conceived as a kind of new army of the RSK, but only a few months after their creation, they were disbanded. These armed units existed for a short time, moreover, precisely when the RSK only built the organs of state. power, and the armed forces as such were simply absent. Another reason was the fact that so far only a small number of archival documents relating to the spring and autumn 1992 of the year - the period of the PKO existence - have been published. Most of the archives of the Serbian Krajina after its death were at the disposal of the Croatian authorities, the smaller part of them was evacuated to the Federal Republic of Yugoslavia.

In the summer of 1990, self-defense units were created on the basis of police units and volunteers in Krajina, as well as their own police secretariats staffed by Serb police officers who refused to submit to the authorities in Zagreb. In January, 1991 was created a special department of internal affairs, which allowed the Serbs in Krajina to coordinate the activities of the Police. Around the same period, within the framework of the Krajina Militia, a special unit of volunteers was created, who were called “Martichevtsy” after the name of their commander, Milan Martić. In the summer of 1991, detachments of the Territorial Defense were mobilized in Krajina, in some cases they were led by officers of the Yugoslav Army.

After the signing of the Vance plan in Sarajevo on 2 on January 1992, an armistice was concluded between Croatia and Yugoslavia. 24 February of the same year, the UN Security Council decided to send a peacekeeping contingent to the former Yugoslavia.

The United Nations Blue Helmets were to create the conditions of peace and security necessary to negotiate a comprehensive settlement of the Yugoslav crisis, ensure the demilitarization of crisis areas and protect the civilian population living in them. 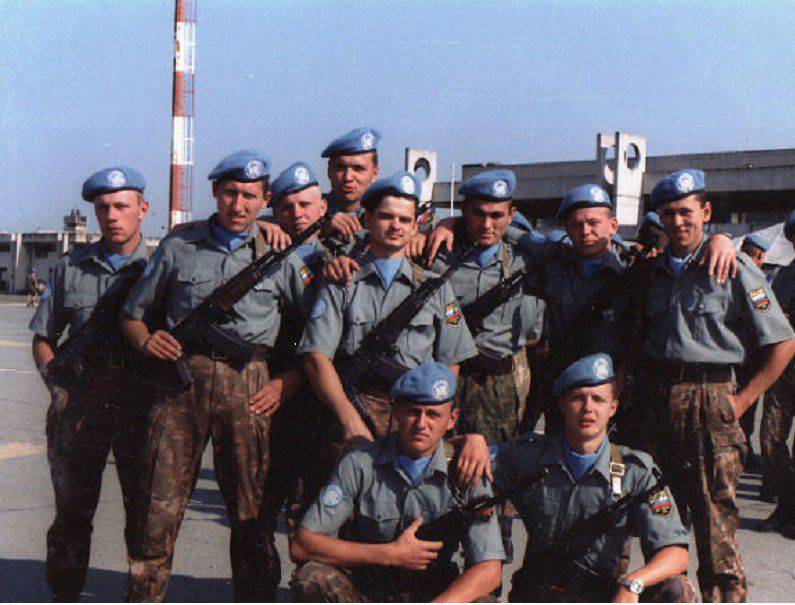 The withdrawal of the Yugoslav army from the conflict zone and the possible demilitarization of the Krajina formations put the Serbian Krajina in a threatened position. Its heavy weapons were placed under the supervision of the UN forces, while the Croatian army was withdrawing equipment to its own warehouses and was not going to disarm. The solution was found in the creation of a regular military organization, designed as a police force.

28 April 1992 The General Staff of the Armed Forces of the Socialist Federal Republic of Yugoslavia decided to reorganize the Territorial Defense of the Serbian Krajina. According to him, the Department of Defense of the RSK formed the Office of individual police units. Also, eight OPM brigades were formed, which in peacetime and wartime were supposed to submit to the Office. Activities for the reorganization of MOT, including the formation of the PKO, should have been implemented before 30 June 1992 of the year.

The question of the formation of the PKO began to be resolved in May in parallel with questions of the withdrawal of JNA units, the distribution of abandoned weapons, the covering of the line of contact with Croatian forces, etc. Despite the direct order of the head of the Yugoslav General Staff, General Ajic, to form a PKO at the Ministry of Defense, they were subordinated to the Ministry of the Interior, which was headed by Milan Martic. At the same time, according to Kosta Novakovich, the RSC Defense Minister, Colonel Stoyan Shpanovich, agreed to transfer the leadership over the PKO to Martić because he did not want a conflict between the security forces of the republic.

The total number of PKOs was 24 000 people, distributed in eight teams. The brigades themselves were created and replenished by personnel on a territorial basis. In Northern Dalmatia and Eastern Slavonia, there were two brigades each, while in other regions of the RSK - one each:

Three training centers were organized for personnel training: in Knin, Sluni and Erdut. In them, the personnel was trained in three specialties: a policeman, an armored vehicle specialist, a communications specialist. For the first two specialties, the training was planned for a period of three months, for telecommunications workers - five months. 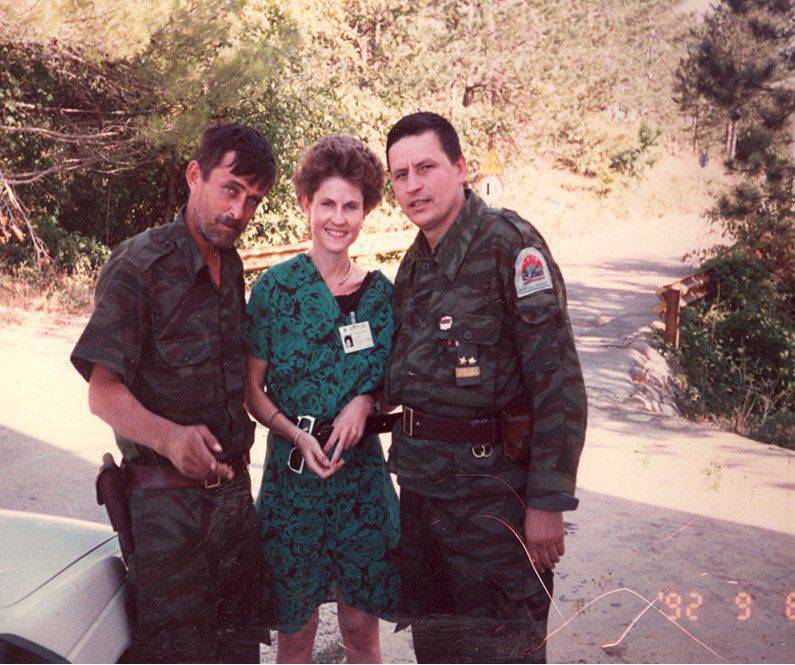 It should be noted that the number in 24 000 people in the PKO was "payroll" and in reality was constantly changing. For the RSK armed forces there was a problem of desertion of personnel, which was not bypassed by the PKO. In some cases, the shortage of fighters was compensated at the expense of maintenance units or ordinary police. The situation with personnel in the teams of the PKO can be seen on the example of the 79-th brigade.

Its commander, Major Milos Tsvetichan 20 July 1992, sent a detailed report on the state of affairs in the brigade to the PKO Office. Despite the overall good morale of the personnel, Tsvetichanin noted several cases of gross misconduct. Spy them shooting and killing colleagues in a bar, driving drunken fighters at ZSU BOV-3, as a result of which she turned over and two soldiers died. There were also cases of desertion, theft of fuel and spare parts for vehicles. From the formation of the brigade until mid-July 1992, 37 military personnel were brought to disciplinary responsibility. There was an acute shortage of professional officers in the brigade - instead of 78 there were only 19. As a result, officer positions were held by reserve officers, half of whom did not have the necessary training. The total staffing of the brigade was equal to 83%. 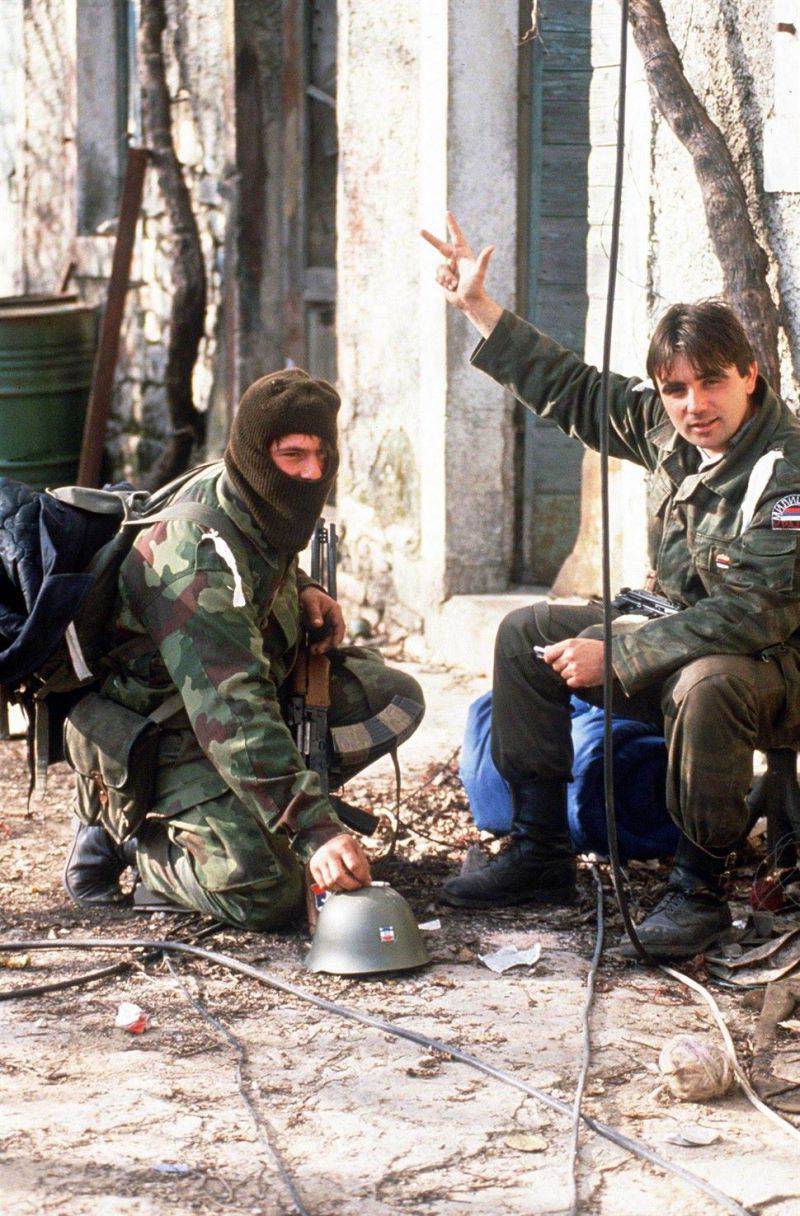 In terms of logistical support, the team relied both on its own reserves and on the resources of the TO headquarters in Korenica. At the same time, the security of the brigade was estimated as insufficient. So, the fighters did not have machine guns, provided by the state units, and from 24 the BTR M-60P 12 were faulty. In total, the brigade consisted of 110 vehicles and armored vehicles, most of which had practically developed a resource. In addition to the M-60, the armored vehicles were represented by 3 units of the BRDM-2 and 4 armored vehicles of the armor, 1 of which was also faulty. Also, half of the personnel was not provided with a police blue uniform, and 90% of the fighters did not have camouflage.

The situation was similar in other teams. The commander of the 92 Brigade, Colonel Momchilo Bogunovich 30 July 1992, by special order forbade the fighters to leave the brigade’s area of ​​responsibility, come into contact with the enemy and use the brigade’s transport for personal purposes.

The PKO was also assigned the task of protecting the warehouses where the armament of the maintenance units was located.

31 July 1992 of the Year The PKO Directorate of the Krainsky Ministry of the Interior sent dispatch to the subordinate units with the rules of interaction with UN peacekeepers. It summarized reports on various problems that arose during the interaction of the PKO and UN peacekeepers. Based on the position of the Vance plan, the peacekeepers demanded that the PKO units and the civilian police leave the five-kilometer zone from the front line and store all automatic weapon under UN control. The personnel of the OPM were asked to leave only the pistols. The dispatch also mentioned several incidents in which peacekeepers tried to block the work of police departments in Western Slavonia and in Eastern Slavonia.

On July 30, RSC Interior Minister Milan Martic met in Belgrade with the commander of the peacekeepers General S. Nambiar and the head of the Blue Helmets F. Morillon. At the meeting, Martić received assurances that the peacekeepers would stop trying to disarm the Krajina militia until further orders from the UN.

Also, the result of the negotiations were instructions for the RSC DSC requiring personnel:
- by all means avoid conflict with UN forces;
- in settlements of weapons use only pistols;
- to disarm all paramilitary forces, including with the use of specials. divisions;
- demobilize all persons with mental disabilities, criminal background, or prone to alcohol;
- discourage uncontrolled return of refugees;
- to keep prisoners of war only in custody at the district prosecutor's offices and not to transfer them to peacekeepers;
- prevent attempts to hold Croatian elections on the territory of the RSK.

Meanwhile, the PKO command decided to install police posts at a distance of 100 meters from the peacekeepers' posts, and the personnel were allowed to use automatic weapons. Light wheeled armored vehicles were allowed to leave in the barracks.

The military leadership of the Serbian Krajina made sure in the summer of 1992 that neither the OPM brigades created at that moment nor the peacekeepers would protect Krajina in the event of an attack, which was clearly proved by the Croatian attack on the JNUMX-21 plateau of June. As a result, it was decided to form a truly regular military. The headquarters analyzed the existing situation and put forward proposals for the unification of maintenance units, PKO and volunteer groups. The order for the creation of the Serbian Krajina Army was signed on October 22 on 16 by the Chief of Staff of the TD, Lieutenant-General Milan Torbits, Defense Minister Col. Stoyan Shpanovic and Interior Minister Milan Martic. On November 1992, an order was issued on organizational changes in the army, which brought to life the ideas of transforming maintenance and police brigades into units of the regular army. This order put an end to the history of the existence of the OPM brigades.

We are in Yandex Zen
Armored vehicles of Yugoslavia. Part of 5. Ruins Wars: Slovenia and Croatia
Memo to mercenaries in Africa
Add a comment
Information
Dear reader, to leave comments on the publication, you must to register.