The largest arms deal of Ukraine. How to get rich 11 intermediaries 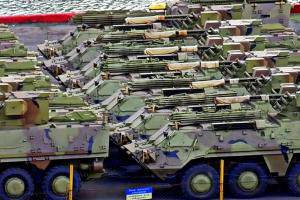 Armory the deal between Kiev and Baghdad six years ago became the largest in all history Ukrainian independence. Under the contract from 25 September, 2009 of the year, concluded between the Ministry of Defense of Iraq and the state enterprise Progress Specialized Foreign Trade Company (in the structure of the Ukrspecexport state concern), Ukraine has committed to repair six MI-8T helicopters worth $ 3,6 million AN-32B aircraft for 99 million dollars, as well as 420 units of wheeled armored personnel carriers BTR-4 and vehicles based on it for 457,5 million dollars.

It was expected that in the future new treaties would follow - in zero Iraq seriously engaged in its defense capability, and in Ukraine they hoped to earn about the supply of 2,5 billion dollars to this country. Six years later, the “golden mountains” were covered in ashes: the Ukrainians did not meet the deadlines, having completed less than half of the order, and the prosecutor’s office came to the conclusion that the deal with Baghdad turned out to be one of the most corrupt in the history of the Ukrainian defense industry.

Now law enforcement agencies are investigating the involvement of the Ukrainian side in the 11 arms deal with foreign intermediaries who have earned on the military contract 46 million dollars. Investigators are sure that most of them performed only fictitious functions.

Upon the expiry of six years from the date of signing, the outcome of the contract is as follows: under the specified contracts, Ukrainian Progress received 261,85 million dollars. For this money, the defense industrial complex of Ukraine manufactured six AN-32B and 128 BTR-4E aircraft, of which only 88 was delivered to the customer, the rest of the vehicles were not transferred.

This became known from the definition of the Kiev Pechersk Court of 25 September 2015.

As the investigators calculated, out of the half-billion contract amount, “about 82 million dollars by the top managers of the SVTF Progress GP was planned to spend outside the customs territory of Ukraine to pay for legal, consulting and other services.” However, the total amount turned out to be half as much due to non-fulfillment of obligations.

What are some of these firms to understand the example of the "London" company Lionel Europe Corporation. It is not in the list of companies registered in the UK House Companies Registry. Also, it is not among the previously liquidated enterprises.

True, not all of the intermediaries were pocket.

In its investigation, the Prosecutor General’s Office refers to a three-year-old article called the US-Russia arms deal, published on a foreign website www.bne.eu. According to the information published in it, agency, legal and other services for foreign economic contracts between the Progress SPSF and the Iraqi Ministry of Defense were provided exclusively by US citizens - Howard Lowry, Patrick Lowry and Tariq AL -Waffa for General Trading & Trading Agencies Company. This fact was established by a jury decision of San Antonio (West Texas, USA) 26 August 2010 of the year (Case Number: 5: 2010cv00713) in a lawsuit of the latter against the firms Jankovic & Associates. Inc. and Universal Investment Group. 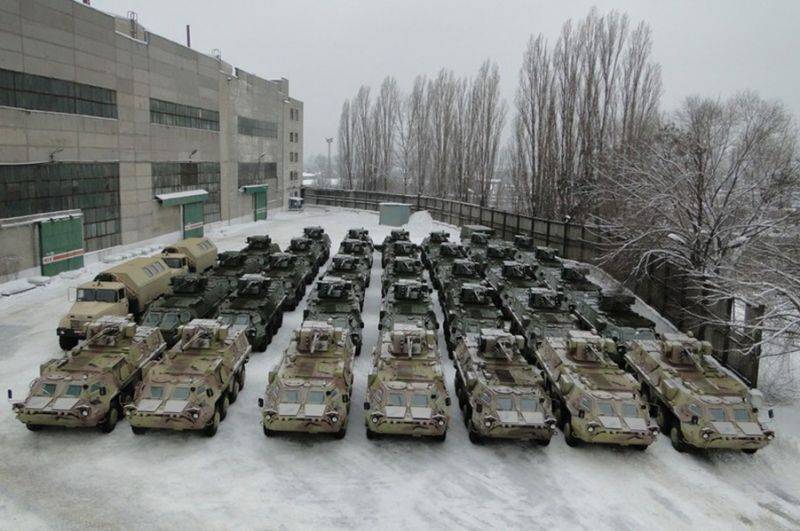 The presence of American intermediaries in the Ukrainian-Iraqi deal was legitimate. Baghdad bought Ukrainian equipment and weapons with financial support from the US State Department. And, accordingly, the intermediary companies in the arms deal were not chosen without the participation of Washington.

As www.bne.eu wrote, one of the architects of the deal between Ukraine and Iraq was businessman Howard Lowry, who worked in the Middle East from the beginning of the 2000s. He made money in Iraq on the search for orders for American companies. It is his claims that are now being actively studied by the Prosecutor General of Ukraine, since he initiated the first meetings between Ukrainian arms sellers and the Iraqi military seven years ago. A significant role in this deal was also played by another American of Ukrainian descent - Oleg Yankovich (Oleg Jankovic), owner of the Washington Jankovic & Associates. Lowry had a written agreement with him for 50% of the commission on contracts, but then Jankovic ousted Lowry from the deal with the help of Ukrainians.

Three years ago, the San Antonio court awarded businessman Lowry with a colossal compensation of $ 61,75 million, which he now owes Ukrainian-American brokers. The mentioned article notes that the trial provoked a change of mediators between Ukraine and Iraq after President Viktor Yanukovych came to power.

This, in particular, was previously reported by Ukrainskaya Pravda, citing its sources. They say, Dmitry Salamatin, director general of Ukrspetsexport state concern, did not allow one of the American intermediaries to pay for services.

The rotation of the intermediaries behind the scenes by Yanukovych’s team failed - a scandal immediately flared up. In the 2011 year, Kiev was very late to send the first batch of 26 armored vehicles to Baghdad, and the Iraqi authorities refused to accept the next delivery (from 62 BTR). The formal cause was the technical defects identified during the inspection.

Later, the second party was still sent and “thank” for this, it seems, should be close to Yanukovych ex-regional Yuri Ivanyushchenko. The fact is that two US companies from the above list of intermediaries - Universal Investment Group (the official representative is Ukrainian Nikolai Karanko) and Jankovic & Associates - in 2011, provided important services to Yury Ivanyushchenko. Four years ago, supporting documents turned out to be at the disposal of Ukrainskaya Pravda. The doubtful past of this Donetsk businessman prevented him from obtaining a US visa and the American lobbyists then undertook to help him.

And to the public, the Ukrainian authorities made “guilty” the Hero of Ukraine Mikhail Borisyuk, the general designer of the design bureau for them. A. A. Morozov - the main developer of armored vehicles and artillery systems of Ukraine. Salamatin signed an order for his dismissal in February 2011 of the year for offsetting the deadlines for the delivery of 11 armored personnel carriers and the marriage.

Now the Prosecutor General’s Office is investigating the circumstances of the “commission by the heads of Ukrspetsexport, the state enterprise Progress, the state-owned foreign trade company, the Kharkiv Design Bureau for Mechanical Engineering named after them. A.A. Morozov "(SE" KMDB them. Morozov ") facts of official forgery and abuse of official position, which led to the non-fulfillment of large-scale foreign economic contracts".

We are in Yandex Zen
List of destroyed the largest and most high-tech enterprises
Who benefits from pushing the interests of Ukraine and Russia in Iraq?
32 comments
Information
Dear reader, to leave comments on the publication, you must to register.