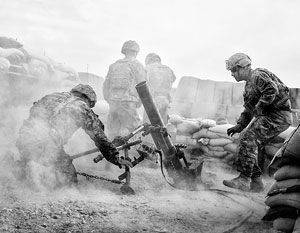 Washington continues to blame Moscow for the fact that its air operation in Syria leads to the death of civilians. Experts consider such stuffing as episodes of the information war against Russia. Meanwhile, the expense of the victims of wars caused by the invasion of the US Army in the countries of the Middle East has already gone on in millions.


On the eve of the International Commission for Fact-Finding (The International Humanitarian Factor-Finding Commission, IHFFC) on the initiative of another international organization - Doctors Without Borders (MSF) - began work on the investigation of US air strikes on a hospital in Kunduz. “This is the first step to be taken to conduct an independent investigation into the attack on the MSF 3 hospital in October,” said Doctors Without Borders on its website. IHFFC is a supranational body to investigate violations of international humanitarian law. Formally, it was created in 1991 in Bern under the Swiss Foreign Ministry, and it was established by its countries that ratified the Geneva Conventions for the Protection of War Victims. IHFFC has observer status at the UN, but only on Wednesday, for the first time in its stories - this status was really involved.

“We received apologies and condolences, but this is not enough. We still do not know why a well-known hospital filled with patients and medical staff underwent repeated air strikes that lasted about an hour. We need to know what happened and why, ”Joan Liu, head of“ Doctors Without Borders, ”said.
As the newspaper VIEW has previously written, the Doctors Without Borders hospital, in which there were about 200 people, was partially destroyed by the bombing of the US Air Force. Killed 22 person. In the White House, the victims of the bombing were rather cynically called "collateral damage." The incident is being investigated by the Pentagon and NATO, as well as by the Afghan authorities.

When the operation of the FAC of the Russian Federation in Syria has just begun, the West immediately accused Russia of the fact that dozens of civilians, including children, were victims of this operation. The so-called Syrian Observatory for Human Rights reported that at least 27 people were killed as a result of air strikes near the western province of Homs. “Among the victims are six children and dozens of injured,” British Guardian and Daily Mail newspapers reported on the 30 day of September. However, many British bloggers themselves ridiculed publications for clumsy propaganda against Moscow, recalling, in particular, that there is only one person in the observatory who is in London, and he claims that Russia is using banned cluster bombs in Syria.

As a result, the version of the British media refused to confirm the head of the Pentagon Ashton Carter. And President Vladimir Putin 1 of October completely refuted all speculation. “With regard to any information in the media about the fact that the civilian population suffers, we are ready for these information attacks. I draw your attention to the fact that the first information that there are civilian casualties came before our planes went up to the sky, ”the president recalled.

However, the accusations against Moscow did not stop. On the third day of the operation - October 2 - Lieutenant-General Robert P. Otto, Deputy Chief of Staff of the United States Air Force for Intelligence, stated that the Russian Aerospace Force used unguided bombs instead of using weapon with laser or satellite guidance. "This is a typical example of what to expect from this kind of bombs when they are dropped from airplanes flying at medium altitude, and this is not such an impressive result," - Lieutenant-General quoted the Washington Post. Otto suggested that Russian tactics would invariably lead to civilian casualties and provoke a reaction against the Kremlin. “I think that accuracy plays a big role,” said Otto. According to him, the United States and its allies are extremely careful in choosing targets in Syria and Iraq. In addition to using guided weapons, a coalition led by the United States relies on unmanned aerial vehicles and other tracking devices to ensure that there are no civilians in the attack site. “Our approach is to use force very carefully,” the Lieutenant General concluded.
But American political scientist and publicist Paul Grenier believes that Washington’s politicians have no moral right to reproach in principle, if you remember how many civilians died as a result of American interventions, for example, in countries such as Iraq or Afghanistan. “The drama is that our military speak in such a cynical language, and no one directs them from above in a constructive way. In principle, the military should not say such things, they do not determine policy. This is absurd! This means that the president of the United States does not give them direction. If you look at the American press, many commentators now complain that there is no consistent foreign policy in the country, ”said Grenier to the VIEW newspaper.

At the same time, he emphasizes that the American press is now "much less anti-Russian than it was just a month ago." "It's amazing! The tone is this: yes, we do not like Putin, but he has a clear course. Why don't we cooperate with him? It is clear that ISIS is an absolute evil, it is the devil. So let's cooperate in the fight against this devil, and then deal with the rest of the problems. Many experts think so. I am sure that many generals think so. But while the generals are trying not to look weak in public and blame Russia for the fact that someone there suffered from the bombing. The military must say “Is!” And carry out what politicians order them to do, ”summed up the American expert.

Half a year before the death of the Doctors Without Borders activists in Kunduz, another international organization, Doctors of the World for a Preventing Nuclear War (Physicians For Social Responsibility), released its report on the number of victims in countries that have undergone a US invasion (VNESV is known, in particular, by winning the Nobel Peace Prize in 1985). The figures are shocking: in the 12 years of fighting the United States, one million three hundred thousand people were killed, and this number of casualties is only in three countries - Iraq, Afghanistan and Pakistan, the report says.
In Iraq alone, about one million people died during the American intervention, which is approximately 5% of the country's population. Another 220 thousand died in Afghanistan, 80 thousand - in Pakistan. The organization warned that it did not take into account the dead due to joint operations of the United States and allies in Yemen and Syria, otherwise the number of victims would most likely exceed two million.

In addition, the report noted that approximately three million people in Iraq, Afghanistan and Pakistan fled the country after the bombing of the Pentagon. "The figures obtained are approximately 10 times higher than those provided by official statistics and which are used by the mainstream media and experts," the RIA report quotes "News". - The United States conducts rigorous counts of victims among its own military personnel involved in the war against terrorism, but there is no statistics on civilian casualties. This is a deliberate omission. ”

The calculations of the NPSECs were based on the results of various studies, UN statistics, data from governments and various non-governmental organizations.

Against the background of such statistics, Vladimir Ivanenko, a senior research fellow at the Middle East Sector of the Russian Institute for Strategic Studies (RISS), calls for not to forget that there is an information war around Syria. “After Russia delivers pinpoint strikes on extremists, they have nothing left to do, how to say: behold, they say, the Russians are beating on the civilian population. But, as far as I know, such statements are not much confirmed, - said the expert to the VIEW. - This is how our air strikes differ from what the US-led coalition did. She simply signified her actions, imitated war. ” 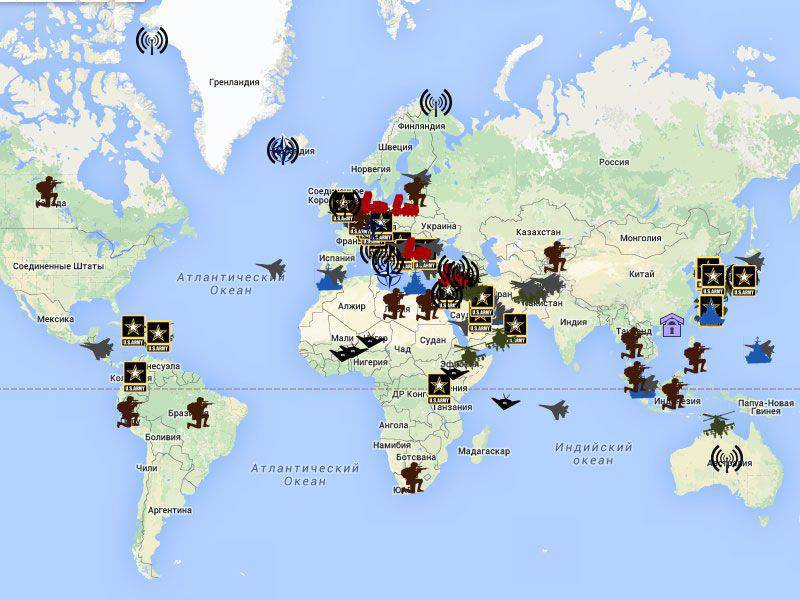 At the same time, the expert of RISI explained why the people of Iraq suffered such huge losses, although the Pentagon seems to be using high-precision weapons. “The fact is that Americans in the countries of the East are fueling conflicts. Such heavy losses in Iraq are caused not only by the strikes of the American troops themselves, it is mainly the result of the chaos and civil war that the Americans provoked with their invasion, ”said Ivanenko.
In turn, the chairman of the OP commission on the development of public diplomacy, the first vice-president of the International Public Fund “Russian Peace Fund” Elena Sutormina recalls that numerous throws about allegedly Syrians dying under Russian bombs were not subsequently confirmed. “The videos prove our aviation destroys militant defense nodes, their command posts, their equipment. Apparently, the fact that Russia is successfully fighting terror in Syria is causing irritation to the West. Obviously, the United States is unwilling to cooperate. They put their leadership higher than security, ”Sutormina told VZGLYAD newspaper.

Assertions of Lieutenant-General Otto are indeed far from always confirmed by practice. The blow to the hospital in Kunduz was not the first report about the death of a purely civilian population from the American bombardment. So, on September 23, at least eight civilians, including three children, were victims of US air strikes against positions of ISIL and Dzhebhat al-Nusra. True, it is worth making a reservation that as a result of the attacks, at least 30 militants were indeed killed.

A few months earlier, on May 2, more than 50 civilians died as a result of air strikes by the US and its coalition allies. As reported by the BBC that day, “there are still people” under the rubble of buildings in a village in northern Syria.

A year ago, on October 7, in the Iraqi city of Hit, 22 civilians, including women and children, were injured over 40 victims of US air strikes. Although the purpose of this attack was the position of ISIS, the shells fell on the territory of the market, the First Channel explained then.

And on September 16, the UN Human Rights Council stated that American UAVs have become more dangerous than Al-Qaida for civilians in Yemen, as more civilians have died there in the past year than at the hands of Islamist militants.
Already on September 28 in Yemen, the aircraft of the US allies - the Saudis - mistakenly struck two missile and bomb attacks on a local wedding. The tragedy occurred in the village of Wahija near the city of Al-Mokha, in the south of the country. According to preliminary data, the incident killed 30 people, dozens of injured. Presidential spokesman Abd-Rabbo Mansur Hadi lamented the "monstrous mistake," Reuters reports. Recall that Washington as a whole maintains Saudi Arabia’s air war in Yemen.

Drones must be given special emphasis, because since the US began using them to hunt Islamists, there have been many reports of "collateral losses" from countries in the Middle East and Africa. So, back in January 2007, a four-year-old child died in Somalia. The blow struck the aircraft AC-130, equipped with a high-precision target detection system. In total, as emphasized in the transitional government of Somalia, “many” people died as a result of the flights.

In addition, human rights activists from Human Rights Watch back in the spring of 2003, immediately after the US invasion of Iraq, condemned the Pentagon for using cluster bombs. Cluster bombs open in the air, scattering hundreds of small explosive devices. Not all of them explode, falling to the ground, and then turn into mines. According to the calculations of this organization, even during the war in the Persian Gulf area in 1991, up to 50 million such mini-bombs were scattered on Iraqi territory, as a result of which 80 of the US military and four thousand civilians were injured or killed.

Ctrl Enter
Noticed a mistake Highlight text and press. Ctrl + Enter
We are
Who will be the next victim of destabilization in the Middle East?The path from the victim to the hunter
14 comments
Information
Dear reader, to leave comments on the publication, you must to register.