Armored fist of the Middle Kingdom

October 17 2015
68
According to Chinese military experts, tank troops, despite the increased vulnerability of tanks in connection with the development of anti-tank weapons, remain the main striking force of the ground forces. They are intended for warfare, both independently and as part of interspecific (combined) force groupings. In Chinese documents and military literature, it is argued that due to their high firepower, reliable armor protection, high mobility and maneuverability of tanks, the most effective is the use of armored forces in the main directions to break through the enemy’s defense in depth, delivering powerful, deep strikes. Very effective Chinese military experts consider the use of armored forces in defense, as well as in raid operations as part of operational mobile groups (OMG). 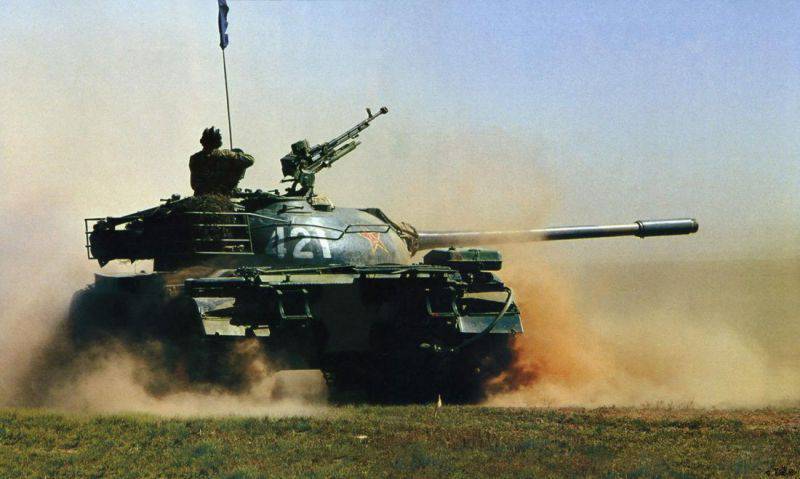 ON THE WAY TO UNIFICATION

China will continue to continue to reduce the model range and the number of the tank fleet of the main (maneuverable) forces of its ground forces, increasing the number of modern main battle tanks comparable in their tactical and technical characteristics and combat capabilities to the machines of the advanced countries of the world in scientific, technical and technological terms .

In the coming 5-7, the Type-59 and Type-96 tanks of various modifications will remain in service due to their multiplicity, while the modern Type-98A, Type-99 and Type-99A tanks will be morale and physically outdated as they are out of service. occupy a dominant position in the number of Chinese tank park.

The latest and most advanced modification of the medium tank of the Type-59 family was created using Western technologies based on the Soviet T-62 tank, which fell into the hands of the Chinese during the armed conflict on Fr. Damansky in March 1969. In variants D and D1, the tank has a dynamic protection, a computerized fire control system, a laser range finder, passive night vision devices, a rifled cannon with 44 rounds of ammunition, stabilized in two planes, including projectiles with a core of depleted uranium and armored to 600 mm. Can use tank guided missile (SD), with a maximum firing range at ground armored targets up to 5200 m and armor to 700 mm. These missiles are capable of hitting helicopters and unmanned aerial vehicles. Machine-gun armament is two 7,62-mm (paired with a cannon and course) and 12,7-mm anti-aircraft guns.

The main battle tanks of the Type-98 / Type-99 family are comparable to the American M11 and partially to the MXXUMX1 Abrams, German Leopard-2 and Russian T-2 in terms of the main tactical and technical characteristics and combat capabilities.

These tanks are created by synthesizing units copied from Russian, German and American cars. They have a combat weight of 50 t, are equipped with a diesel engine created on the basis of the German WD396, power 1200 hp, able to reach a maximum speed of 65 km / h, and the cruising range reaches 600 km. The tank has a computerized fire control system with an integrated laser range finder.

Cannons -. Stabilized in two planes smoothbore gun with automatic loader having a rate 6-8 rounds per minute and the firing range of armored targets to 3000 m Ammunition includes 42 shot with armor-piercing (armor at rates on 2000 m distance - up 630 mm ), cumulative (armor penetration to 800 mm) and high-explosive fragmentation projectiles. Can be used tank UR. There are 7,62-mm and 12,7-mm machine guns.

The tank is equipped with a laser protection system. It is installed on the roof of the tower. The sensors of the system detect the laser irradiation of sighting devices of anti-tank weapons, and it gives the command to rotate the turret towards the source of radiation, its own onboard laser disables optical instruments and affects the organs of vision of the operator of the anti-tank complex.

Simultaneously with the introduction of various modifications of the Type-96 and Type-99 tanks in China to the Armed Forces of the PLA, their deep modernization is being accelerated at an accelerated pace. In particular, at the final stage, work is underway to create a practically new combat vehicle under the designation Type-99 of the main battle tank under the designation Type-99А2. According to some reports, the main battle tank of this type will have an 140-mm smoothbore gun, which, when fired with armored-piercing fired projectiles (BOPS) with a uranium core, as well as Russian-made anti-tank missiles, can penetrate the frontal armor of all modern tanks, including the latest versions of the American tank "Abrams" M1A2.

The Type-99А2 tank with the 125-mm gun has already entered the trial operation of the PLA Ground Forces. One of the differences of the tank of this modification from the base sample is the presence of a large number of dynamic protection panels, which are installed on the front and side of the tower. The armor covered by such panels of dynamic protection significantly increases the survivability of the combat vehicle when advanced armor-piercing projectiles of increased power are injected into it. The Type-99А2 tank is supposed to have a new active protection system installed. To combat aerodynamic goals, he will receive a new 14,5-mm machine gun. The tank has a new, more sophisticated and reliable automatic loader. Compared to the base model, it has a larger tower by increasing the thickness of its frontal armor, a reinforced chassis capable of withstanding the effects of anti-tank mines.

It can be stated that at the present stage, in terms of development, Chinese tank builders, if they did not catch up, then came very close to the advanced countries in scientific, technical and technological terms - to manufacturers of armored vehicles. Step by step, they are confidently reducing their lag in the production technology of MBT and armored combat vehicles.