October 21 2015
3
The exhibition "Innovation Day of the Southern Military District" was attended by not only the military department, but also the Ministry of the Interior. One of the main exhibits of the latter was a complex of special equipment for the non-contact detection of violations of the Volna controlled area. This system is designed to visually monitor various areas for security.


The Volna complex was developed by the Information Industry company (Moscow) by order of the Ministry of Internal Affairs. "Wave" is a Ford Transit minibus with a set of special equipment used for video surveillance and audio monitoring of the situation in a given area. The basic machine is equipped with a set of special mechanical devices and various electronics. All this equipment provides monitoring of the situation and timely transmission of data on the situation.

The main element of the complex is a caravan in whose cabin all the equipment is mounted. In addition, the cabin provides space for the transport of portable equipment. So, in the back of the van is installed lifting mast with mounts for two video cameras. This equipment is designed to visually monitor the situation near the machine. The signal of these cameras is transmitted by cable to the processing devices and displayed on the screen of the operator. If necessary, the operator of the complex can record the signal. Declared the ability to record video with a duration of several hours. 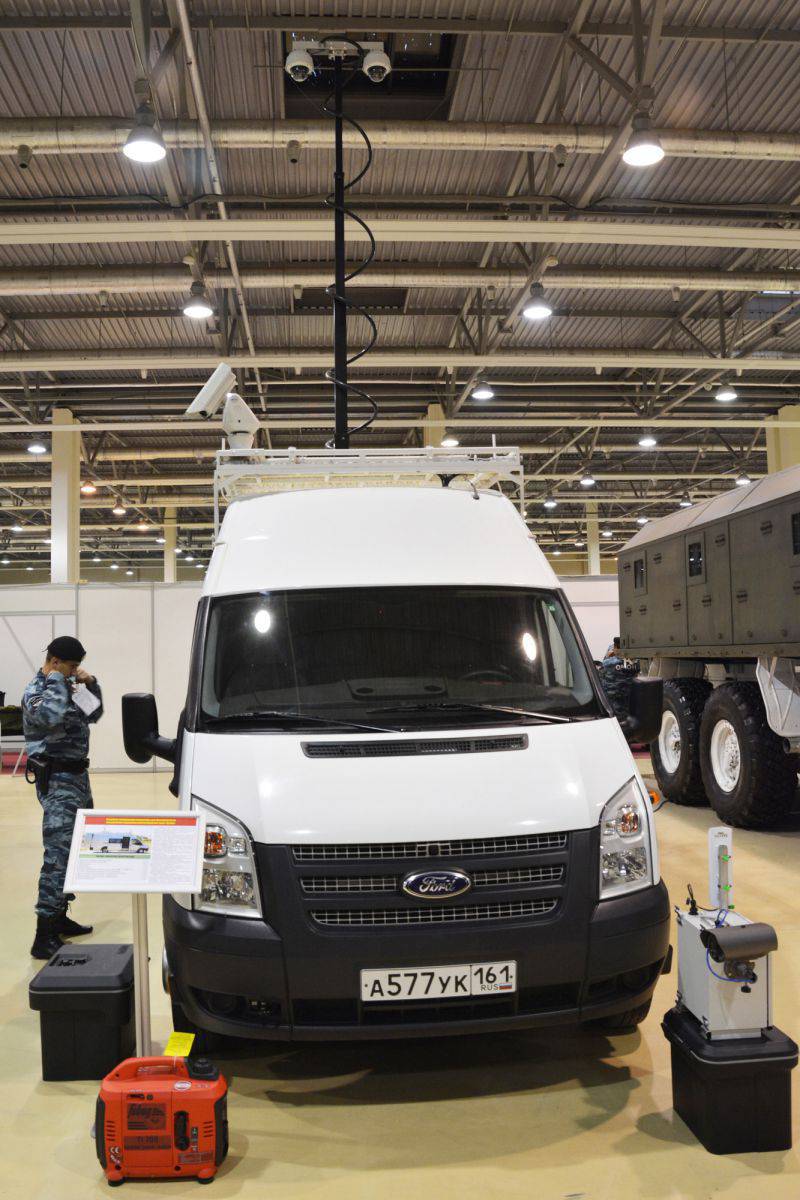 An additional wired camera is mounted on the roof of the base car and must complement the devices on the mast. According to its tasks, the camera on the roof does not differ from the cameras on the lifting device.

As part of the complex "Wave" there are remote stationary sets of video surveillance. These products are a unit with a power system, video camera and wireless equipment. Like the camera of the machine, the remote sets are designed to monitor the specified area and must transmit a signal to the operator’s console. Provides the ability to work at a distance of up to 500 m from the base machine.

Also in the complex can be included portable portable video cameras intended for use by the crew. Like other equipment, these devices transmit a signal to the machine control panel.

The complex "Wave" is equipped with a set of tools for processing and storing video. Record of video signal in resolution 720x576 pixels with frame-by-frame compression is provided. Record is stored on carriers of a special video server.

Communication between the remote cameras and the operator’s console is carried out via an encrypted radio channel. The data transfer rate is up to 10 Mbps. In this case, the cameras transmit a signal at a frequency of 25 frames per second. The volume of the drives of the complex allows you to continuously record the signal from 10 video cameras for 8 hours.

The equipment of the Volna complex is mounted on a serial commercial vehicle, which, to a certain extent, facilitates its operation, and also makes it possible to effectively use it in urban environments. In this case, the complex can be used as a means of tracking order at various public events.

The 5 and 6 of October, the non-contact detection system for the violation of the controlled zone “Volna”, was present at a mass event - the “Innovation Day of the Southern Military District” exhibition. However, this time the complex was not involved in providing security, but was one of the exhibits presented by the Ministry of the Interior. 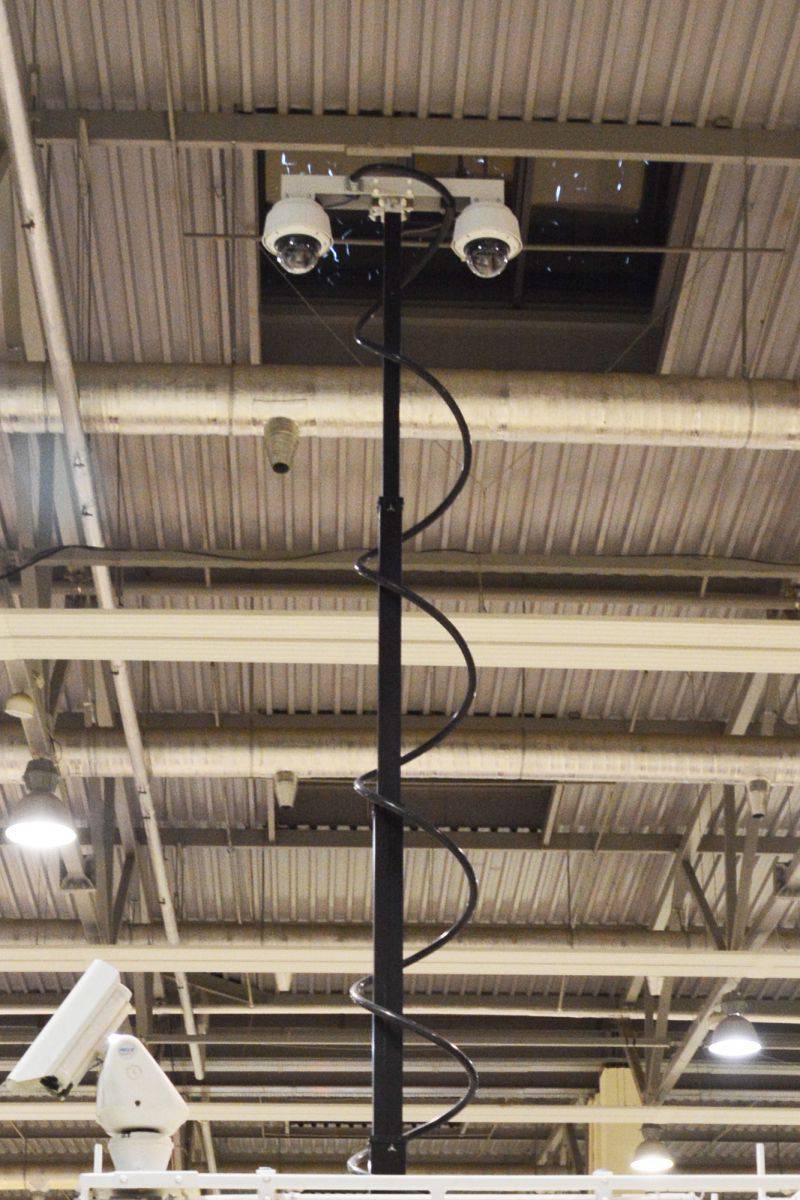 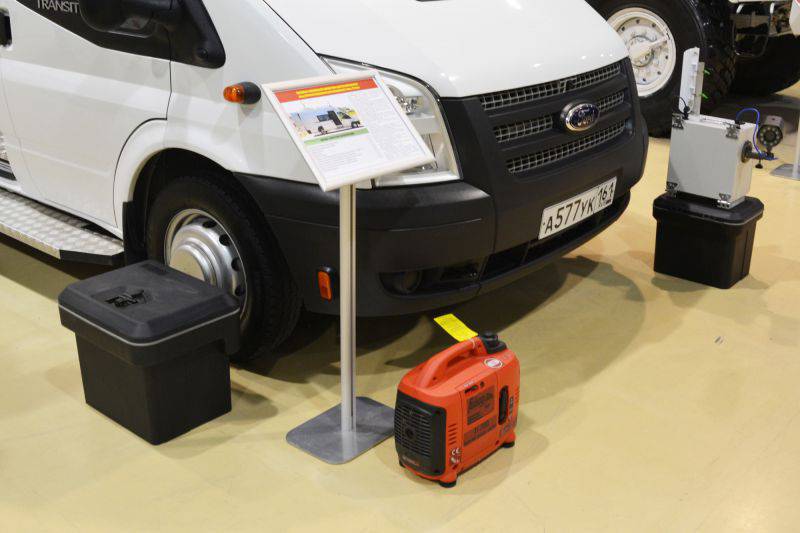 Special equipment of the complex. Left in front of the car petrol? On the right is an external video camera. 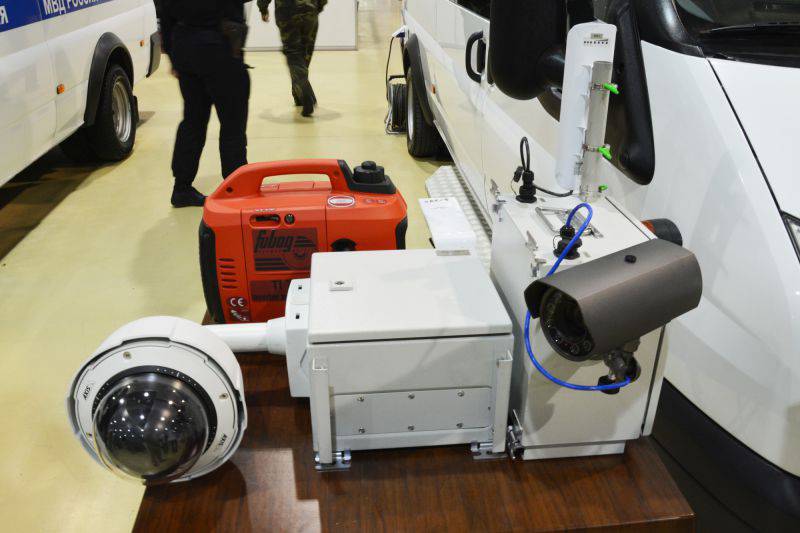 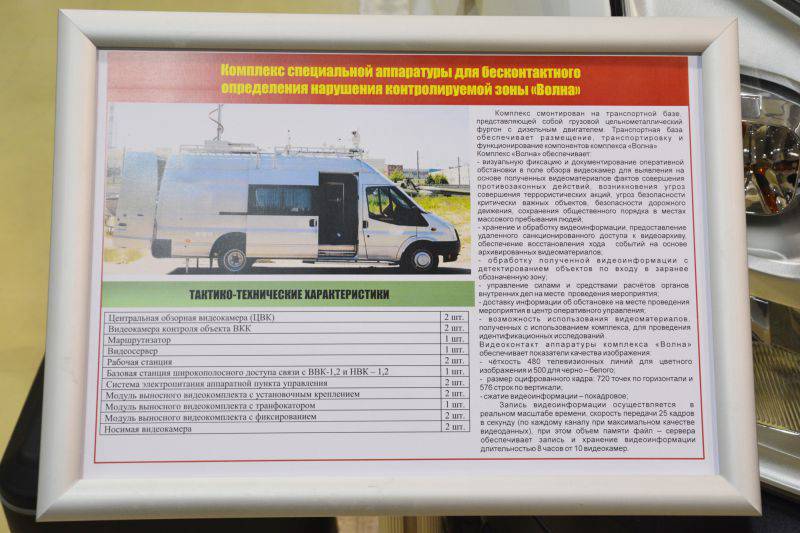