October 16 2015
58
NATO decided to create a headquarters for ground operations by alliance military personnel. It is reported that an agreement on this issue was achieved today, and the official opening of this kind of headquarters of the military bloc will take place next year. RIA News reports that the NATO headquarters ground operations will be located on the territory of Spain - in the province of Valencia.


We are talking about reformatting in the headquarters of the military base in the Spanish Beter. NATO functionaries say that the headquarters in Beter will allow for the rapid (within 48 hours) deployment of forces in the conflict zones.

Relevant agreements were reached at another NATO military base in Spain - in Zaragoza. It is there that exercises of the North Atlantic Alliance are held, called Trident Juncture.

The transport involved aviation Ukraine. Ukrainian media report that the aircraft used is the Il-76 aircraft of the Ukrainian Air Force. The US official to NATO publishes a photo showing the delivery of supposedly Czech helicopters to the training venue. 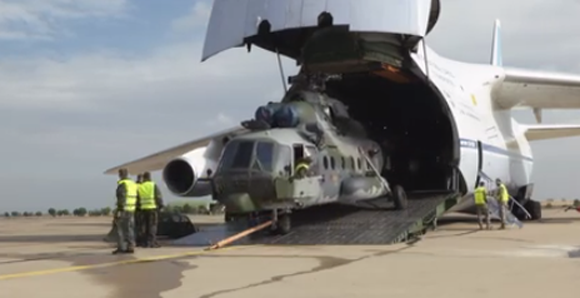 Ctrl Enter
Noticed a mistake Highlight text and press. Ctrl + Enter
We are
The NATO general said that Russia will be impressed with the teachings of Trident Juncture-2015
58 comments
Information
Dear reader, to leave comments on the publication, you must to register.