October 24 2015
74
Unexpected news October 6 came from the internet resource defenseone.com. The publication, citing Lockheed Martin, announces the development of a combat modular fiber-optic laser with an 0,4 energy yield (40%) with a total power from 0,06 to 0,12 MW. It is assumed that with such weapons F-35 will be able to achieve overwhelming superiority over any existing and even developed fighter.
topwar.ru 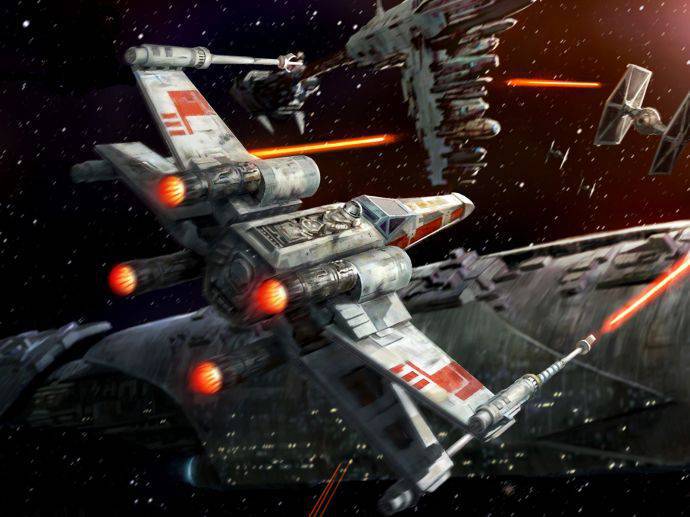 Such news, of course, did not go unnoticed in runet. As a result, the above article appeared. About problems, omissions, failures F-35 did not argue, perhaps, only a lazy or a person to whom "all these airplanes are damned."

Indeed, the topic is very fertile, there are constantly some news, assessments, something changes in equipment, LTH is confirmed or refuted, accidents occur, new types of tests begin, and so on and so forth.

But the likely appearance of a laser cannon on board a lightweight fighter is news, out of the ordinary. This is just the "future today"! Someone will be impressed by the news, someone will be annoyed (because "not our" unit), someone will consider it from the point of view of the practical feasibility of the project, the probable benefit / performance of the device.

The author of the previous article first set about discussing the flaws of the F-35 project, comparing it with the European Typhoon, then with the machines that it is intended to replace (F-16 and F-18), or even MiG-35, pointing out the absolute advantages of the latter in one area or another. It remains a mystery to me which technologies of the “6 generation” were used in the MiG-35, given that there is no concept of the “6 generation” yet, but only guesses, respectively, and its technologies, and all existing by definition are not higher than 5 th generation, because 5 th is now being developed. This is pretty straightforward logic.

Already closer to the middle of the article, the author nevertheless turned to the consideration of new weapons for the JSF, namely the combat laser unit with a power of 60-120 kW with the efficiency of 0,4.

The proof of the inefficiency of this type of weapons at large distances from (10 km), the author proved beyond doubt. However, the reasoning about the need for long-term exposure of an enemy aircraft at a distance to obtain some effect (overheating of its instruments, which led to their breakdown) is considered erroneous. F-35 hardly has a sufficiently powerful generator to provide 100 kW continuously for “some long time”. For example, we managed to find the following information on the MiG-29:

There is a gas turbine power unit GTDE-117 with a power of 66,2 kW.
alevo.ru
Consequently, the laser system operates in a pulsed mode on some, probably, capacitors. Consequently, its creators perfectly understand the duration of the pulse and the corresponding slaughter range corresponding to it. And she is small - melee!

The laser setup will give the F-35 a melee trump! It is obvious. In melee major weapons is a quick-firing gun. It is installed on fighters in the nose near the cockpit and shoots at the rate. That is, ATTENTION, aiming takes place by turns of ALL AIRPLANE. The pilot needs to direct his fighter ahead of course towards the enemy, so that the cannon cannons flying at a limited speed comparable to the target speed fly a certain distance that changes during the aiming process and fly along the ballistic trajectory (yes, they will also fall ) and after a second-2-3-4-5 or more were in the same place that the enemy fighter will be in (since we are now talking about an air battle between two fighters). It is clear, yes, that the task is not easy, even if you have the most maneuverable fighter in the world. 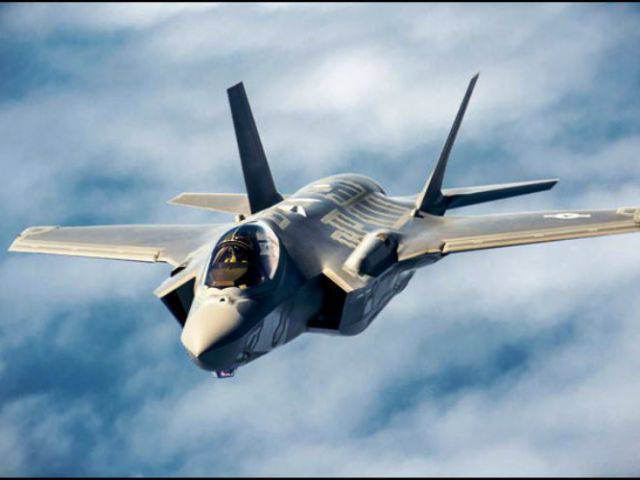 On the F-35A, the gun will be installed inside the aircraft, above and slightly behind the left air intake, for the F-35B / C a suspension container with 220 rounds of ammunition mounted under the fuselage in the rear has been designed. Assume that the laser turret will replace the conventional 25-mm gun. Thus, the laser gun will have a region of fire partially in the front and partly in the upper hemisphere, immediately covering a significant “piece” of space around the aircraft carrying percent in the 30-50. To execute the shot, the pilot does not need to “see the target in the crosshairs on the windshield,” and the target should only be in this area, the rest will be done by automatics, and the pilot will only give the confirming command: “Destroy”. Electric drives will target the reflector at an enemy aircraft instantly and will hold it all the time while it is in the affected area. The shot will hardly take more than 0,5 seconds (not taking into account the laser pumping, if it is required, I honestly don’t have enough power, how it works and how long it can take), and a photon beam with the speed of light will cover a distance of a couple of kilometers instantly.

If there are no problems with the pumping of this fiber laser, it is possible to hit the target as soon as it enters the affected area, and it is possible to implement such an accurate system that it will not hit the plane, but “the desired rivet on the hull”.

What is the result? In some way, the problem of F-35 helplessness in close-maneuver combat is solved, the laser does not experience a multiple increase in beam diameter, and the aiming process is simplified for the pilot, because now he only needs to turn the right side towards his opponent. The catch-up games will disappear, the need to go out into the tail or drop from the enemy's tail will disappear. Melee air combat will change dramatically!

Three questions remain open:
1. How hard will it be to interfere with a combat laser so that it cannot damage your plane?
2. How realistic is it to install this unit on the F-35 and make it work as it should?
3. Why is there nothing like this in Russia, given the gigantic positive experience of working with laser devices since the days of the USSR?