Turkish General Staff: Turkish planes shot down an aircraft of unidentified state in the east of the country

Today an aircraft of unknown origin was detected by air defense systems near the Syrian border. After three warnings, the device continued to move in Turkish airspace, after which our planes, patrolling the border at that time, fired on the side, and he was shot down within the framework of the current rules. 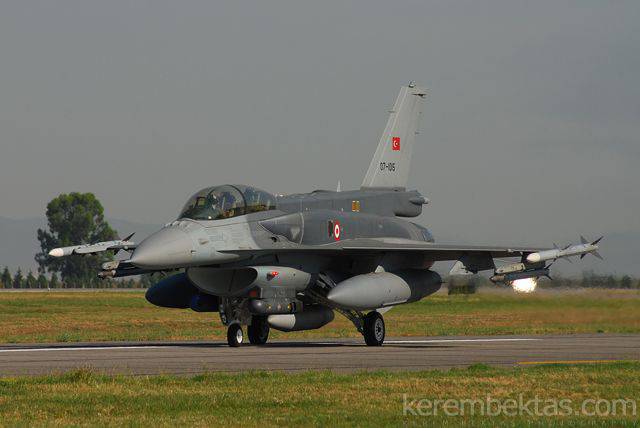 After some time, it became known that the Turkish Air Force planes shot down a drone that entered Turkish airspace. About this, in particular, reports BBC. In this case, the British media says that drones in the area of ​​the Syrian-Turkish border use the United States, as well as Syria.

Russian Defense Ministry spokesman Igor Konashenkov, commenting on the statement by journalists about whether the UAV could belong to Russia, said that all aircraft and unmanned the aircraft of the Russian Aerospace Forces grouping in Syria returned to the air base after operations were completed.

Ctrl Enter
Noticed a mistake Highlight text and press. Ctrl + Enter
We are
Reports from the militia of New Russia for 27-28 September 2014 of the year
113 comments
Information
Dear reader, to leave comments on the publication, you must to register.