Submarine "Novorossiysk" will take up combat duty in April

October 16 2015
30
The head diesel-electric submarines of the Novorossiysk 636.3 project, armed with the Kalibr complex, will take up combat duty in the Black Sea in the spring after working out course tasks, reports MIC with reference to Interfax-AVN. 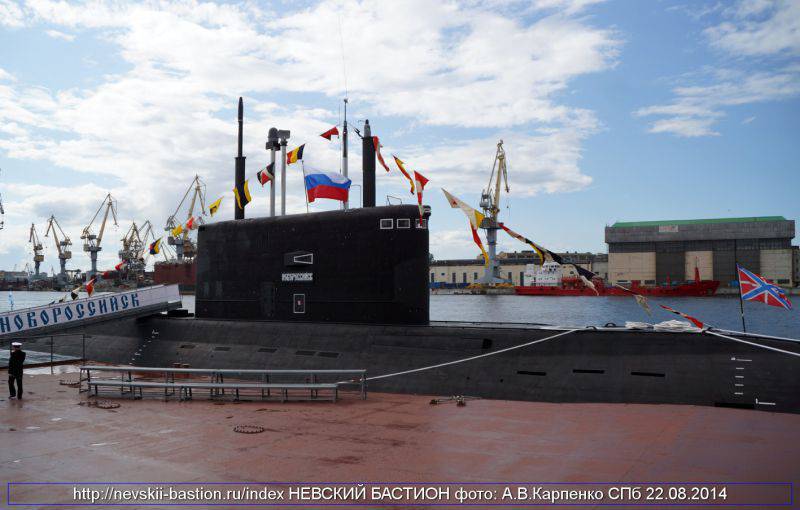 “In November, Novorossiysk will complete scheduled maintenance after the inter-naval transition. By December 1, the boat will be part of the permanent readiness forces fleet and after practicing course tasks in April-May, he will go to military service in the Black Sea ”- told a source in the Navy.

He noted that the submarine is not sent to the Mediterranean Sea. “So far there is no such need. The armament of the ship allows you to perform combat missions without leaving the Black Sea, " Said the interlocutor.

Until the end of the year, the Black Sea submarine brigade will also take on the second diesel-electric submarines of this project, Rostov-on-Don.

We are in Yandex Zen
Diesel-fuel-submarines "Rostov-on-Don" continued the inter-fleet transition, leaving Kronstadt
The action “Military service under the contract is your choice!” In Rostov-on-Don: future contract servicemen, exhibitions and “Russian Knights”
30 comments
Information
Dear reader, to leave comments on the publication, you must to register.