October 17 2015
295
Expanding the borders of Russia and forming new alliances with neighboring countries is a matter of time. And there are hardly doubts that the territory of Eastern Europe will sooner or later return under Russian influence. The Baltic countries stand apart here, after secession from the USSR they beat all records of anti-Russian rhetoric. What will become of them? In what form will they enter a new state and will they enter? 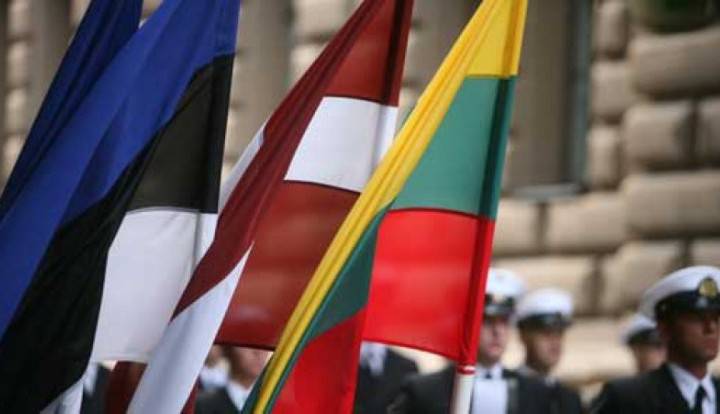 Having entered the European Union, Lithuania, Latvia and Estonia made a gross geopolitical mistake. It’s not even that, say, the industry in the region was destroyed a little more than completely, or agriculture, which was actively supplanted by Western European farmers. The problem is different.

Historically, around the core of Russia (Great Russia) a number of territories was formed, which depended on it and developed together, developed and fed at the expense of the Empire. Yes, economically, it is the outskirts that took much from the center (contrary to the Western model of civilization, where the colonies are now mercilessly picked).

Before the 20 century, the Baltic nations never had statehood as such. An exception can be considered ON, and even then this is more of a joint Slavic-Balt project, which, we note, lasted quite a long time and even created real competition to Moscow.

The region did not have sufficient independence and could not cope with it when the mighty Empire collapsed. Russophobic politics in the interwar period involved the Baltic countries in a severe crisis. Those with historical the memory is short, it is worth recalling: in the late thirties and early forties common people here met Soviet soldiers as liberators. And no wonder: they suffered self-sufficiency, enough of it. Alas, apparently, they have not yet received enough to get rid of Russophobia.

So, now an obvious, but very important thought will follow: the Baltic states never, I stress, have never been able and can not build a strong economic model without the help of the Russians. This is impossible for a variety of reasons, and even the powerful help of the West and feeding credits will not be enough for this. 25’s hard years of living for Lithuanians, Latvians and Estonians in independent states have not taught them that they shouldn’t spit in the only well in the area.

Baltic as a component of the Russian space

It is not known how many years must pass before the inhabitants of these small and proud countries come to their senses, stop dancing under the orders of Uncle Sam and follow common sense. But sooner or later they will change their mind. The epiphany will come. But it will be too late.

Readers, who are more than 35-40 years old, should remember how much money and effort was spent on keeping the Baltic republics in the USSR. They were a showcase of our mighty state, here was the highest per capita income, the greatest number of subsidies and all sorts of privileges. The Balts never lived so nourishingly and calmly as in the Union of 60-80.

However, over the years of independence, mediocre politicians have managed to sell off, destroy, destroy the most powerful potential that lay in the Baltic factories, factories and peasant farms. All this could be modernized and used with even greater profit - they did not even try to do so. Sorry, there were the works of millions of Soviet people who, with blood and then, erected the Ignalina NPP, the Riga Bus Plant and the famous shale hydroelectric power stations in Estonia. And just so you can not leave it.

In the foreseeable future, the Baltic states will become impoverished, half-dimmed and will be a pitiful sight. And I think everyone already knows to whom the countries of Eastern Europe always go for help when serious problems begin. Everyone got used to freebies, got used to the fact that Russians are doing the most difficult work.

Today’s Russia looks weaker than both the Russian Empire and the USSR. We cannot afford to recreate the economic structure of the Baltic States (for the umpteenth time!), Even if the region suddenly gets rid of Russophobic sentiment. Lithuanians, Latvians and Estonians have betrayed us more than once, but their secession from the Soviet Union provoked a parade of separatism, launched irreversible processes of collapse, which is still very costly for all of us.

A lot of analysts expressed in the spirit that Ukraine, as a state that has adopted anti-Russian rhetoric and deliberately destroyed civilians, should not be restored. If the natives are so eager to destroy the factories left over from a great country - let them demolish, it’s worse for them. Equally it concerns the Balts.

The oppression of the Russian-speaking population, the deployment of NATO military bases and, in fact, blood betrayal - this can not be forgiven.

Of course, the Baltic States will return to our country, in whatever form it was updated and whatever colors our flag would be decorated with. But to work for them, to help them after all that was ... They will, frankly, not deserve it. And it is unlikely to deserve.

Ctrl Enter
Noticed a mistake Highlight text and press. Ctrl + Enter
We are
What to do with the refugees? Eastern Europe to host thousands of Africans and AsiansAgriculture and food security. Problems and Prospects
295 comments
Information
Dear reader, to leave comments on the publication, you must to register.