Putin picks up the master key to Saudi Arabia 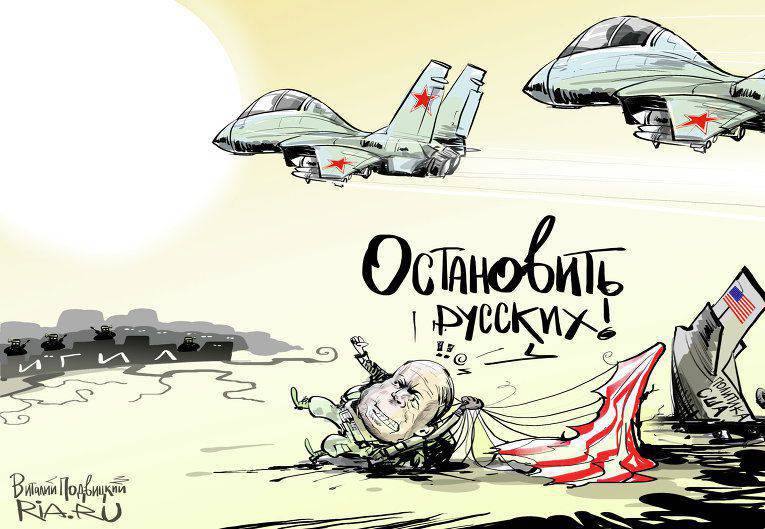 In recent months, there has been a very noticeable interest that various leaders of the Muslim (Sunni) world show towards Moscow. Some actions in this direction have been taken before, but they were either too timid, or ended badly before they could bear fruit (see the case of Saudi Prince Bandar bin Sultan). Now, after the demonstration of Russian power in the Middle East, the situation may change.

In the real world there are no "friends", there are only interests, compromises, blackmail, threats, bribery and deception. This exhausts the list of possible types of interaction between countries. Friendship and enmity does not appear there. What is commonly perceived as "friendship" is just a temporary coincidence of interests. "Enmity" is a temporary mismatch of interests. Moreover, a significant role is played by the interests not of countries, but of political and economic elites, which often do not coincide.

For example, with the exception of a very short period, the interests of the Soviet political elite were in clear contradiction with the interests of the people. One strain of the Soviet elite considered the “world fire of revolution” its interest, while the country was perceived as an instrument to kindle this fire. The other, later strain considered it as its interest to secure the same level of material consumption as Western elitarists, and the country was perceived as an asset that can be “spent” to achieve this goal. It is this generation of the elite that finished the USSR. Many national elites suffer from a similar disease: from Africa to Ukraine. The specific needs of the national political elites of different countries determine the Kremlin’s tactics and strategy in dealing with certain countries.

The Kremlin is often reproached for not actively working with the political elites of other countries, and critics often take the American approach to the issue as an example. The problem is that only Americans can implement American strategy. Judge for yourself: if you try to compete with the Americans in terms of material benefits, you can immediately close the shop. At any "auction", Americans easily outbid any elitist, and they are able to kill not only the price offered by Russia, but also easily kill the price offered by the PRC. Washington’s baton is at least as good as Moscow or Beijing. It is also quite difficult to compete with the USA on the ideological and cultural field: the daughters and mistresses of the elitist dream of Nice and real estate in London, and not the beach in Sochi or Sanya.

So we can offer the political elites of the Middle East or conditional Kazakhstan? With the elites of the Old World everything is simpler - the old European business aristocracy wants to throw off the American yoke and return on an equal footing to the Big Game. But what about the elites of countries that have never claimed the status of superpowers or even independent players? Can we or the Chinese offer them what Washington does not offer?

Putin has found such a proposal, which is an ideal master key for entering the most difficult regions of the planet. There is one problem - the master key only works if the elitarians with whom he negotiates have a brain. If there is no brain (see Yanukovych’s case) the scheme, unfortunately, does not work. Putin ingeniously uses one of the strengths of the American strategy, turning it into weakness. Americans, as you know, never put on one politician. In each country, the ambassador keeps several political forces on a leash at once, simultaneously controlling both the power and the opposition. The example of Ukraine is closest to us: Poroshenko, Yatsenyuk, Turchinov, Lyashko - these are politicians who hate each other and compete with each other, but all work from the same remote control in the hands of American diplomats.

Such a scheme allows Washington to get rid of those politicians who have already discredited themselves and allow them to remove a politician who is trying to play an independent game at any time. It also allows you to play funny performances called "fight against corruption" and "turnover of power", which are very popular with naive plebeians, who believed in democracy with the brand "Made in USA".

This American scheme has one vulnerability. Every pro-American politician, whose IQ value is greater than the size of his boot, understands that not only can he be "drained" at any moment and, no matter how he serves himself, he will always be deprived of the stolen money and worn out in feathers for the fun of the crowd. So end everything. No options. Mubarak and Hussein, too, were once great friends of the United States.

In that short moment, between the understanding of the inevitable and the accomplishment of the inevitable, the wiser elitist has a unique chance to escape, often with his country. At this very moment Putin appears on the scene, who has a unique offer. The uniqueness of Putin’s proposal is that in the case of at least minimally productive work with the official authorities of a particular country, the Kremlin never works with the opposition. NEVER. Under no circumstances. Even the most minimal desire to cooperate with the Kremlin is like a lifetime insurance policy, which is valid even for idiots (see the case of Yanukovych). Putin does not offer money, and cooperation with Russia generally means that American real estate, offshore accounts and cocaine parties in Las Vegas are no longer available to elitist, but he is acquiring an invaluable thing - a chance to save power.

This is not only a Russian strategy. China uses a similar tactic in Africa than infuriating the United States. And today, after the demonstration of the Russian forces in Syria, even the oldest vassals of the United States are ready at least to listen carefully to the Russian proposals.

Prince Muhammad Ibn Salman Al Saud, who flew to Moscow, was not the first Saudi elitist to realize the tragedy of his position as part of the US plans to promote "controlled chaos", but perhaps he would be luckier than Prince Bandar, who the Americans "shot on takeoff " last year. Prince Muhammad ibn Salman is not a lone wolf, but the de facto ruler of the country, enjoying the incapacity of the monarch and the support of some other intelligent representatives of the House of Saud.

The results of the visit of the Prince to Moscow look positive. "Moscow and Riyadh confirmed common goals for Syria", claims Sergey Lavrov.

This does not mean that from tomorrow Saudi Arabia will become an ally of Russia, but the drift towards Moscow is already noticeable. Against the crown prince who visited Moscow, the Arabian Maidan is officially being prepared with the participation of local pro-American aristocrats. It is very possible that the desire to save life and power led the Arabian prince to an audience with Vladimir Putin.

Perhaps the "Arabian Maidan" is the first attempt at a color revolution, in which blue bloods will be the main driving force. I wonder how they would call him? "Camel Revolution"? "Ferrari-maidan"? "Oil Spring"?

The fact remains that the British Guardian cites a manifesto spreading among "prince-maydanovtsev" who are trying to make Muhammad ibn Salman Al Saud a small victorious coup.

It's funny that they themselves do not understand that the United States does not need a change of power, but complete bloody chaos. However, it would be foolish to expect from hereditary majors to be able to think several moves ahead.

Will the crown prince manage to draw the right conclusions and draw enough forces to his side to turn Saudi Arabia from the brink and save the dynasty? It's not clear yet. If all goes well, perhaps the Syrian question will be resolved to the delight of all the parties to the conflict minus the United States. Yes, and "manual OPEC" for Russia would not be superfluous tool of global strategic influence.

And if everything is bad? If everything is bad, then Viktor Yanukovych may have a neighbor with a big harem. In any case, we do not lose anything, but we can win a lot. This is the signature style of Vladimir Putin. We wish good luck to his diplomats, who still have a lot of difficult work in Riyadh.

Ctrl Enter
Noticed oshЫbku Highlight text and press. Ctrl + Enter
We are
A compilation of photographs of the Victory Parade 9 May 2015 of the year in GomelEmirati gates of the Russian "defense"
Military Reviewin Yandex News
Military Reviewin Google News
104 comments
Information
Dear reader, to leave comments on the publication, you must sign in.