Day of Innovation of the Southern Military District: equipment and weapons

October 20 2015
9
During the exhibition “Innovation Day of the Southern Military District”, not only military equipment was shown, but also other material part of the troops. The Ministry of Defense and the Ministry of the Interior showed a large number of various weapons and special equipment used by the units of the army and internal troops.


At the stands of the Southern Military District and the Ministry of Internal Affairs there were many samples of modern infantry weapons, which is in service with the army and other security forces. In addition, visitors were shown a variety of equipment, optical devices and other developments. The exhibits attracted the attention of visitors, although some samples were noticeably inferior in popularity to others. For example, many visitors expressed a desire to familiarize themselves with modern small arms and hold them in their hands. At the same time, the next table with night vision devices and other equipment remained without the proper attention of the public.

At one of the stands of the Southern Military District, modern small arms were shown, aiming devices of the latest models, as well as sets of uniforms and equipment of various types. In addition, some of the kits developed for use in different physiographic conditions were demonstrated by military personnel who had to master the profession of fashion models. 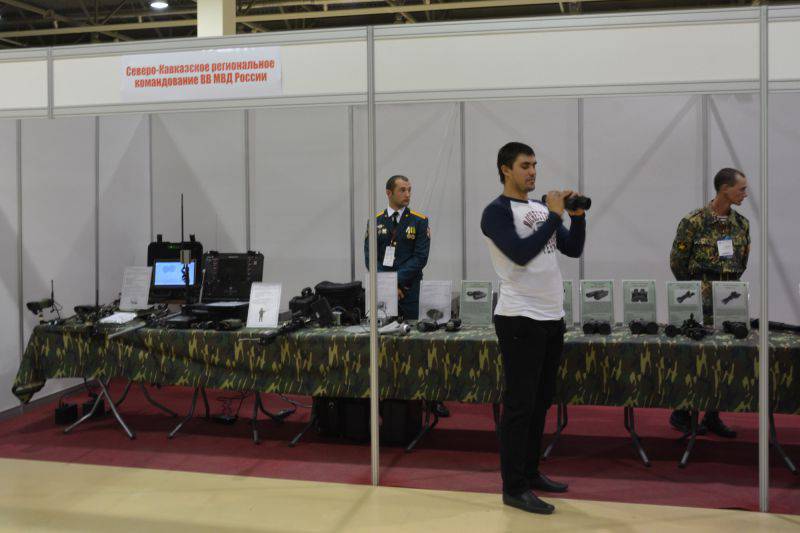 Optical devices were presented at the exhibition by various samples of sights, binoculars, night vision devices and other equipment. The presented samples have already been adopted and are actively used in various units of the armed forces and internal troops.

Visitors to the exhibition showed particular interest in small arms, and, it should be noted, this interest was not groundless. The military and security forces brought to the exhibition a lot of interesting models of small arms, from pistols and machine guns to sniper rifles and large-caliber machine guns. Quite a few visitors could not confine themselves to a visual study of the exhibits. The interest in weapons was so great that the “calculations” of the stands had to be followed with special attention to the exhibits. This situation is perfectly illustrated by the “watch out for guns!” Replica from one of the officers who led the stands.

The flow of the curious public to the stands with equipment and weapons did not stop both days of the exhibition. During this time, many fans of weapons and equipment were able to familiarize themselves with new and already well-known samples. Now this opportunity is presented to our readers. We present a small photo review of equipment and weapons, which was shown at the exhibition “Innovation Day of the Southern Military District”. 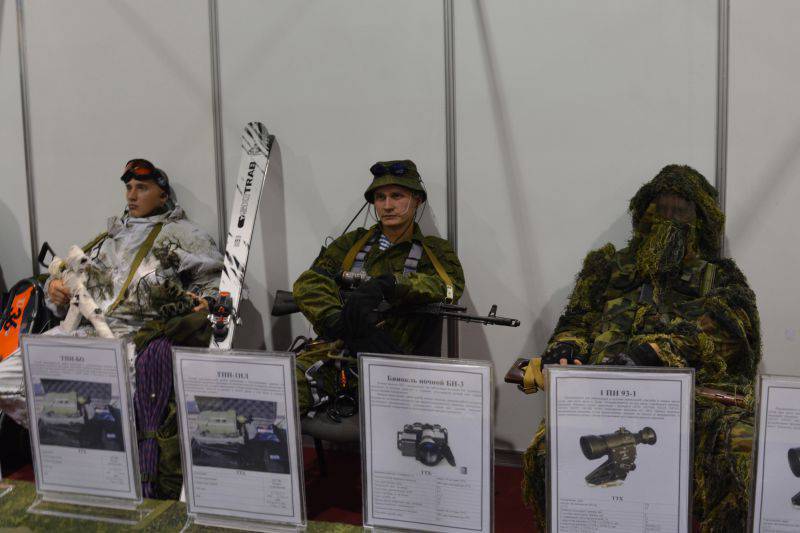 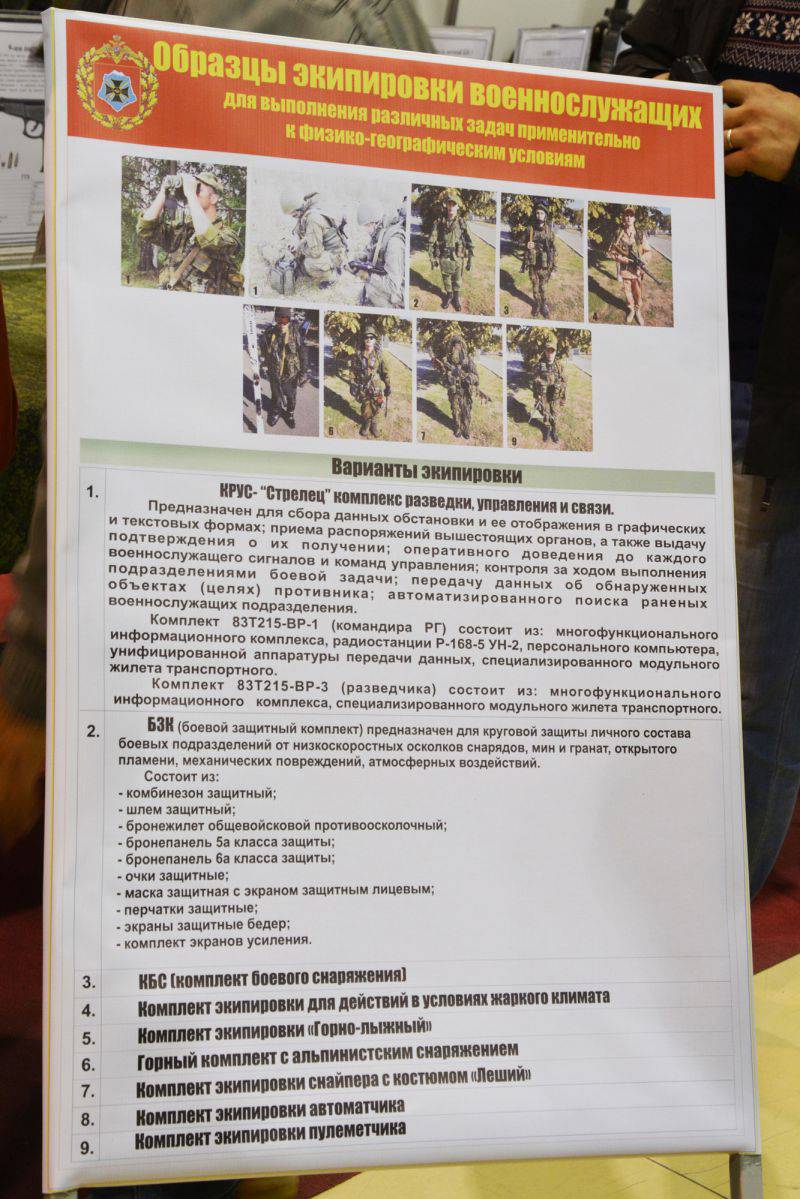 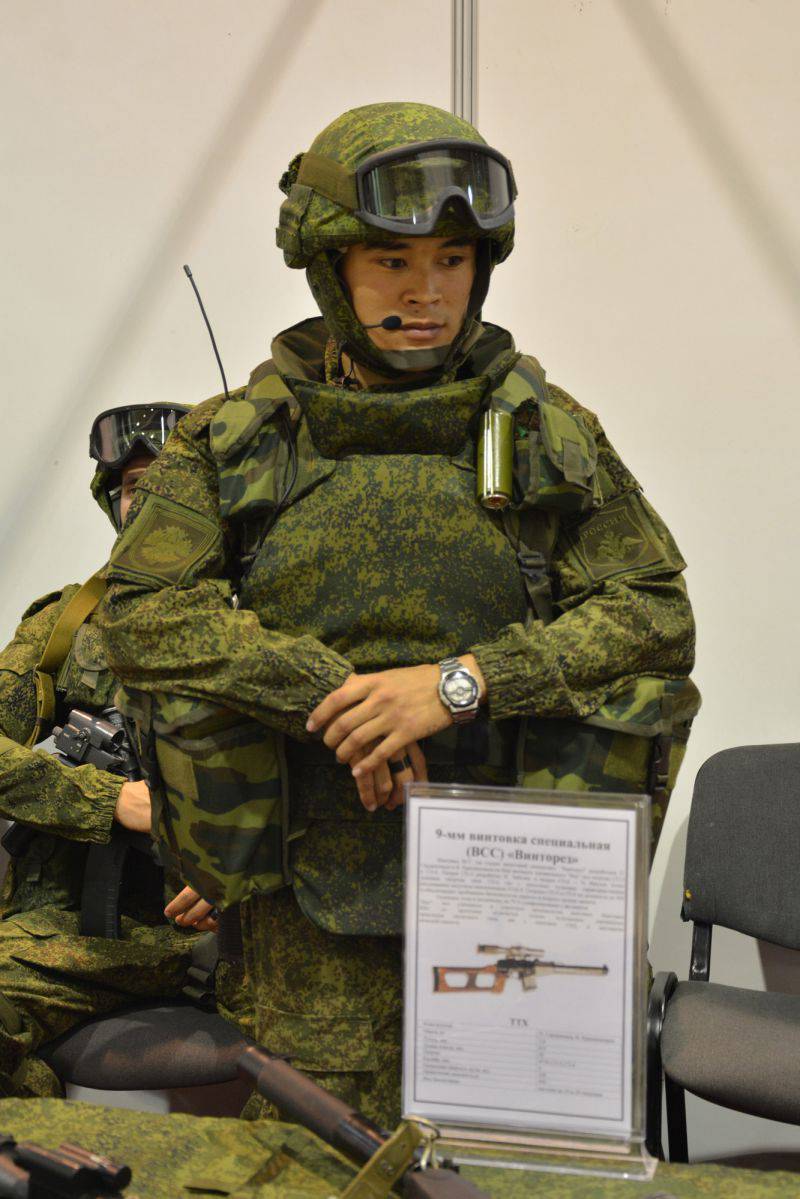 Another example of modern uniforms and equipment 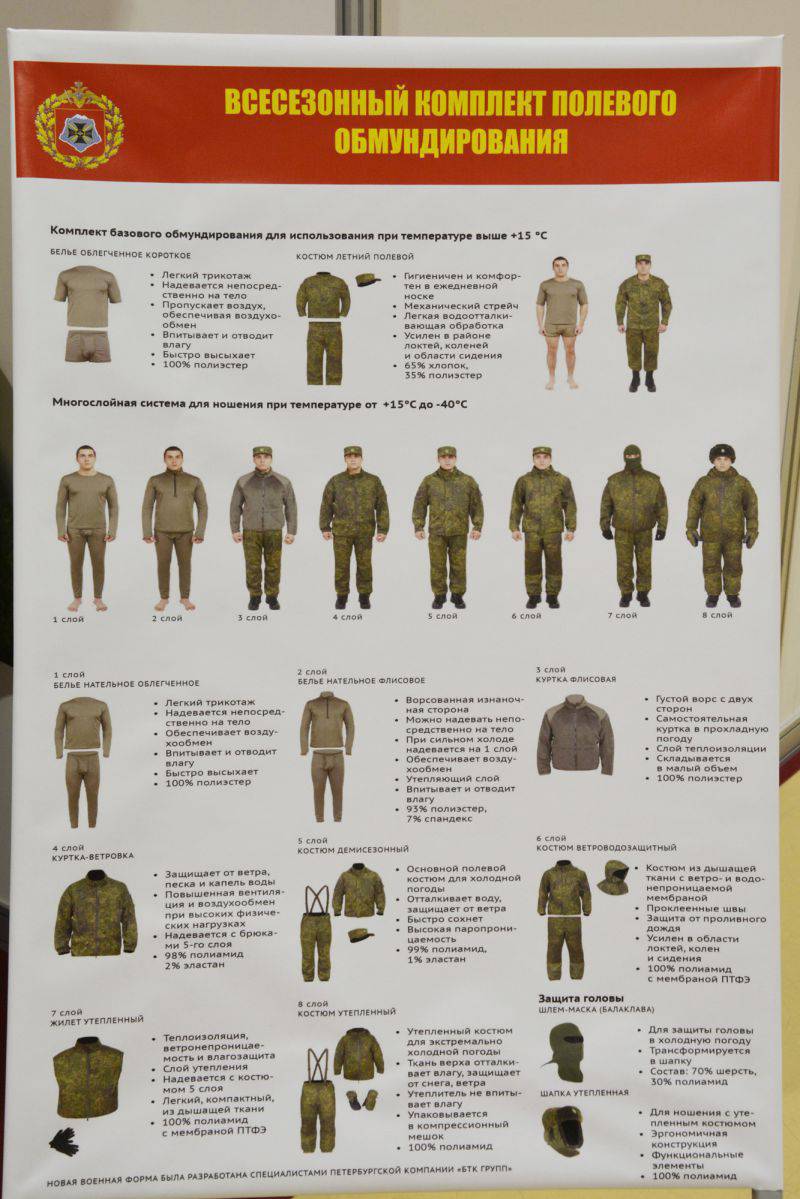 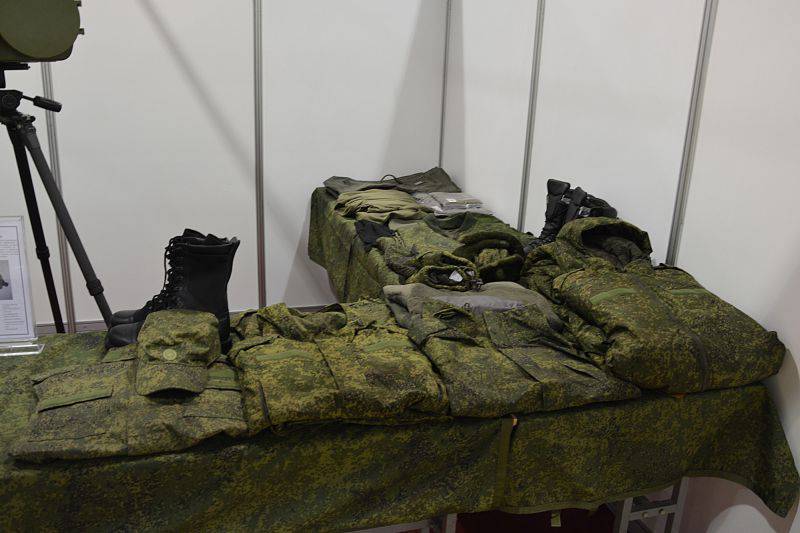 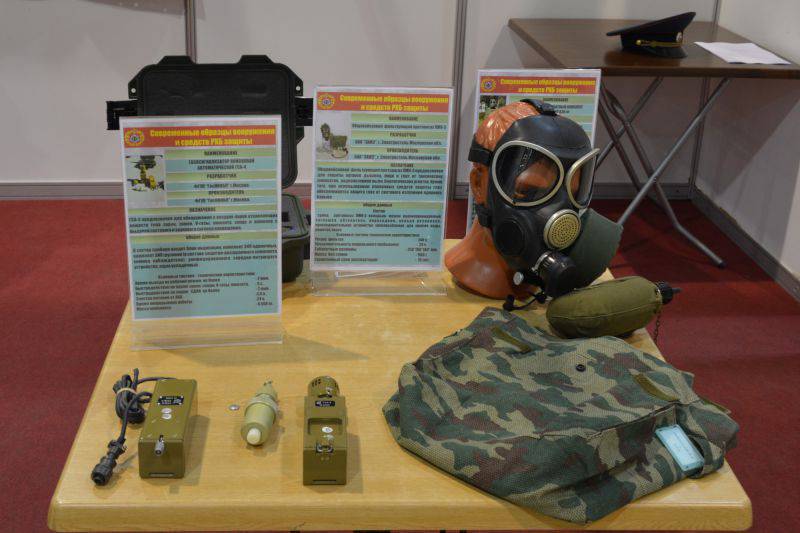 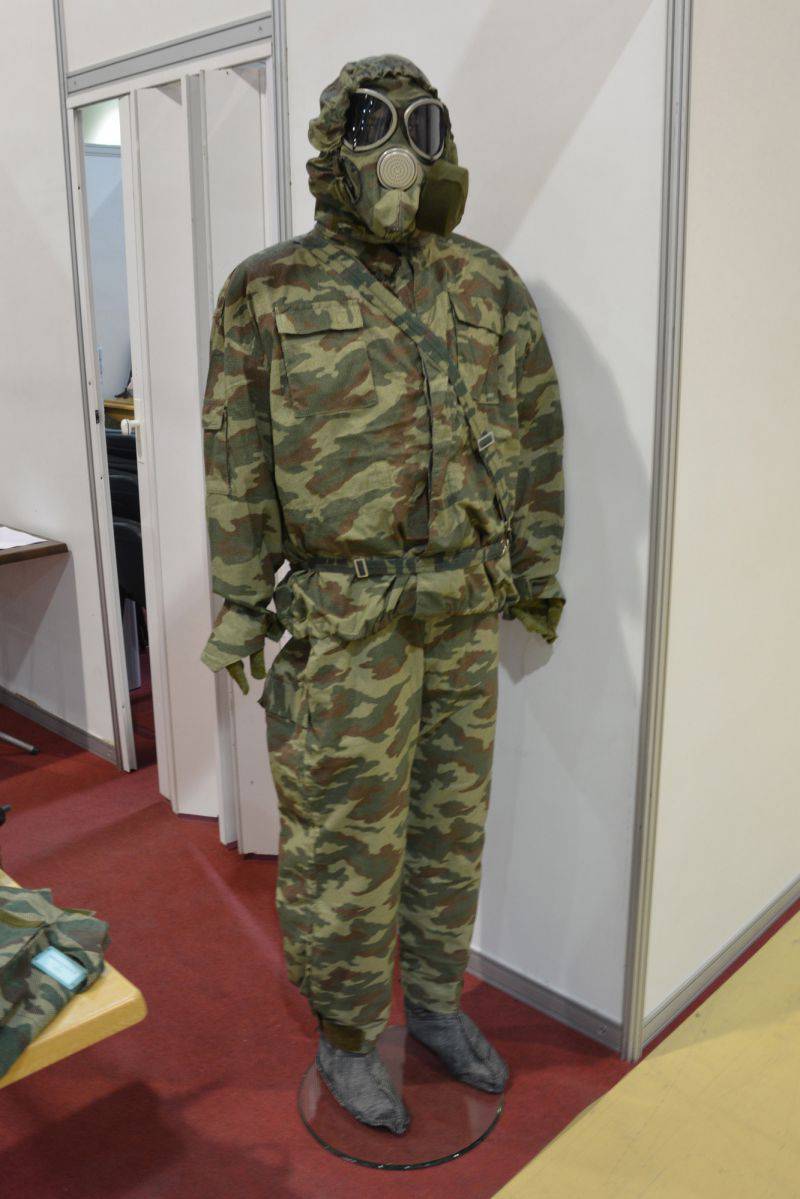 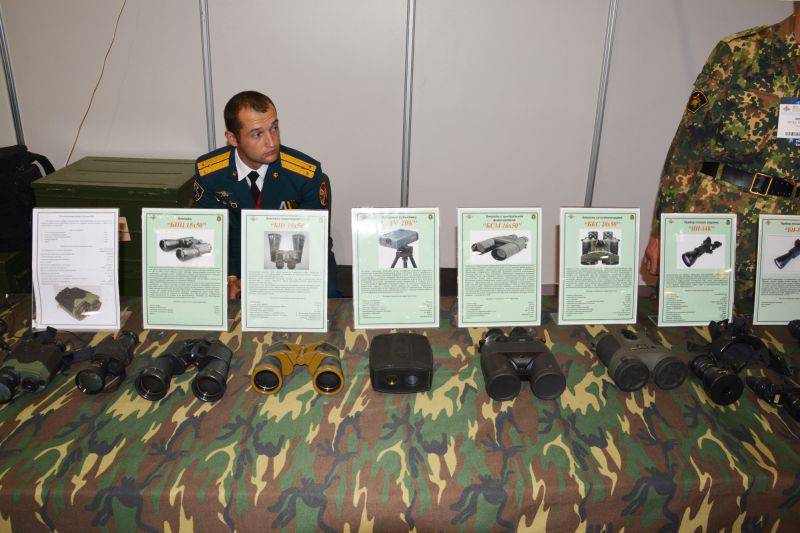 Optical instruments on the stand of the Interior Ministry troops 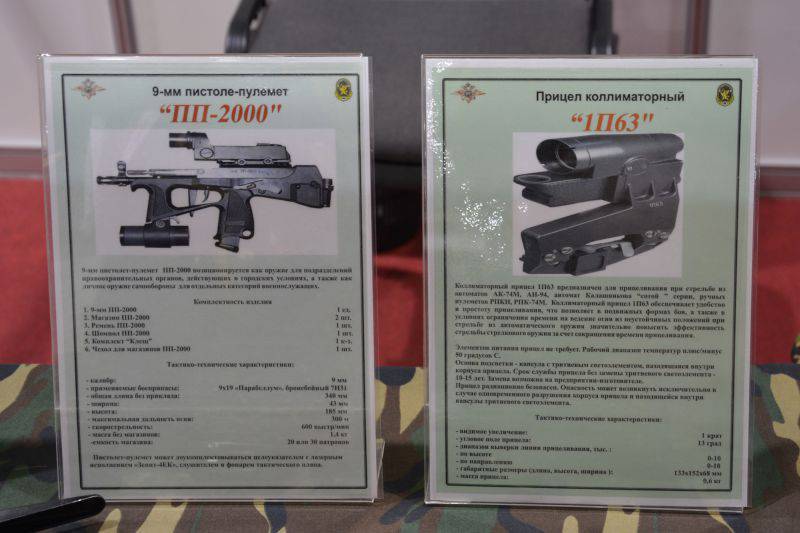 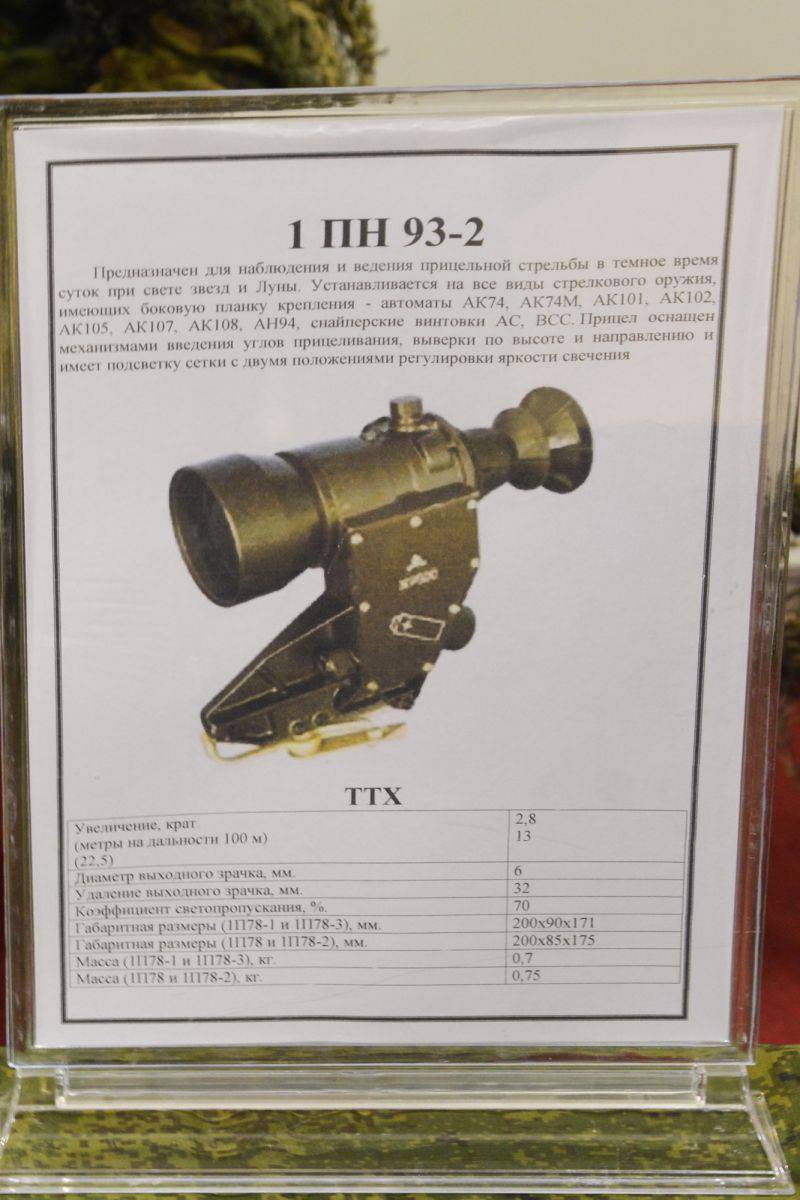 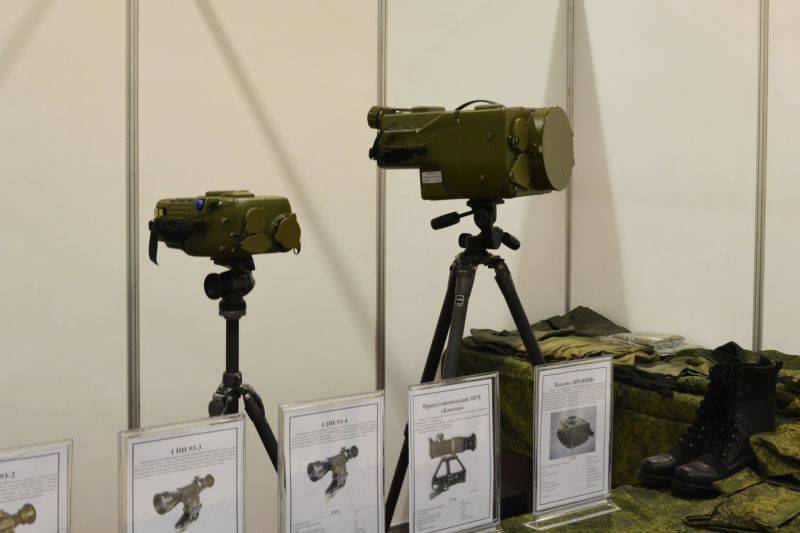 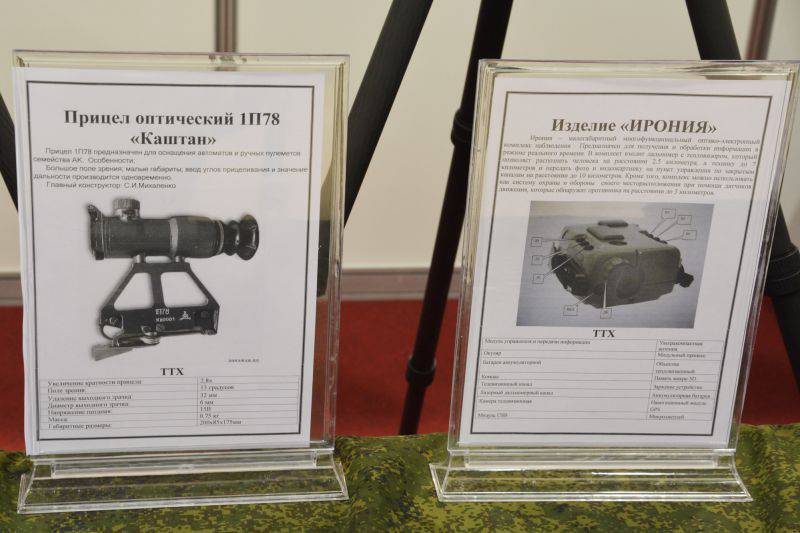 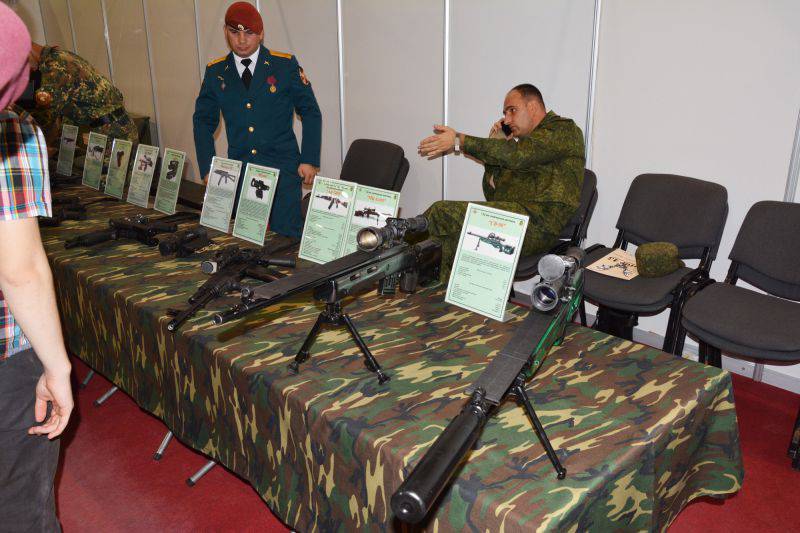 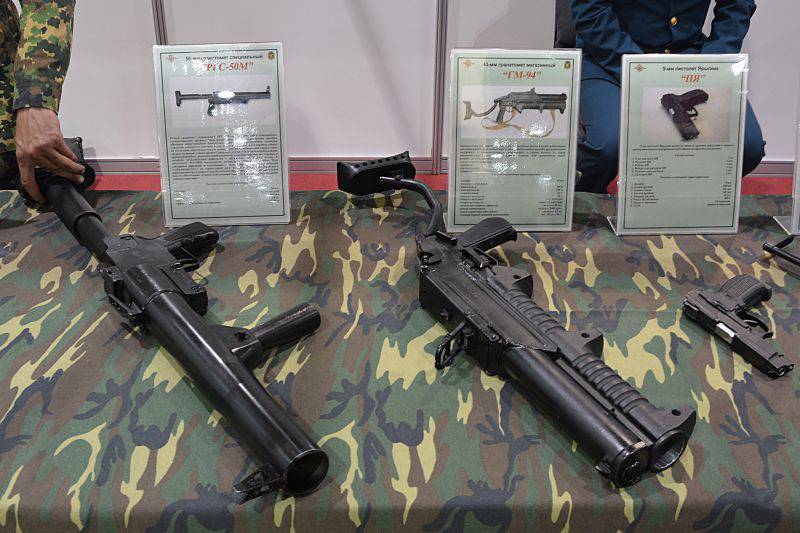 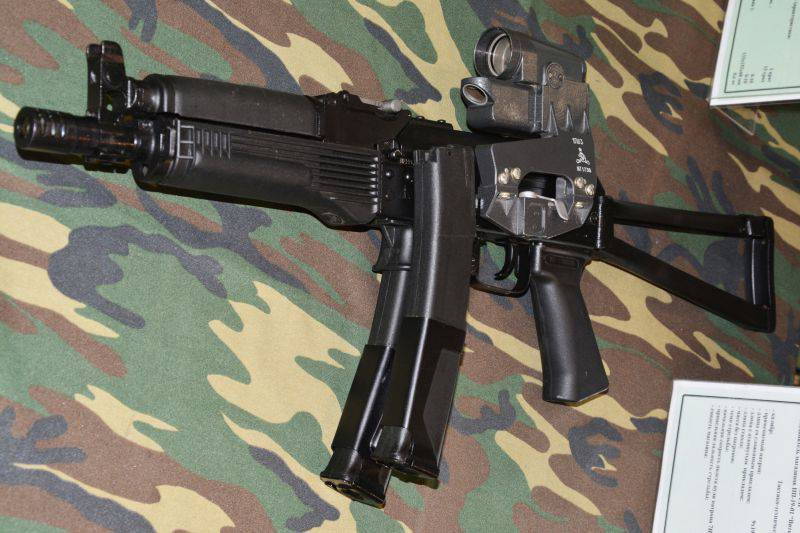 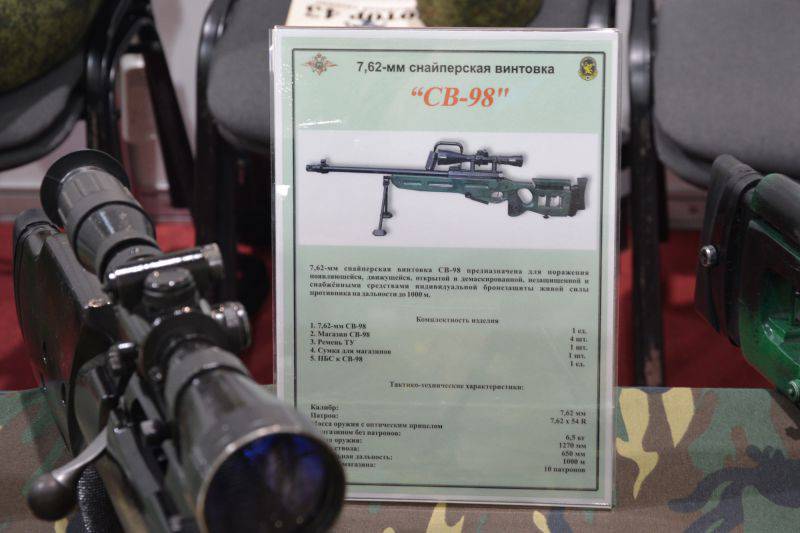 Small arms on the stand of internal troops 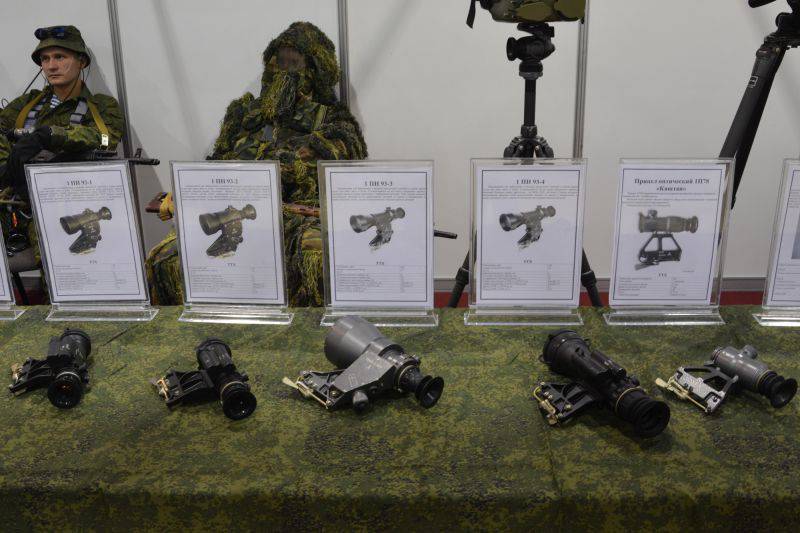 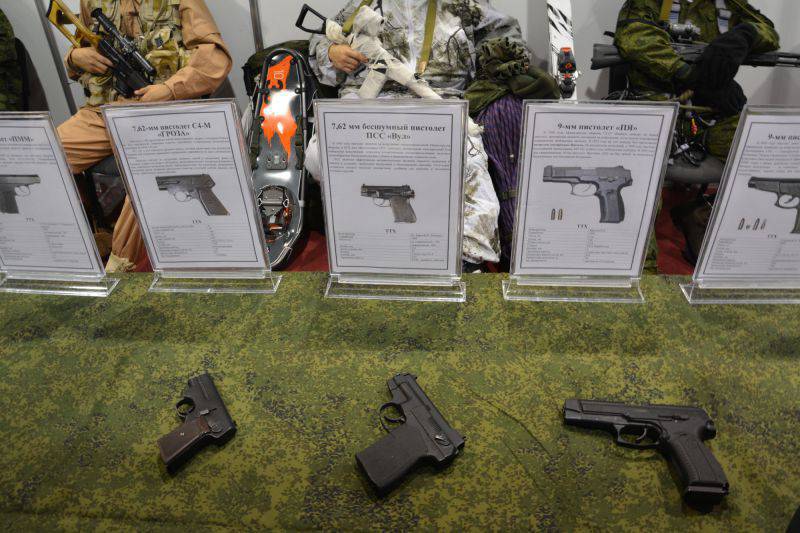 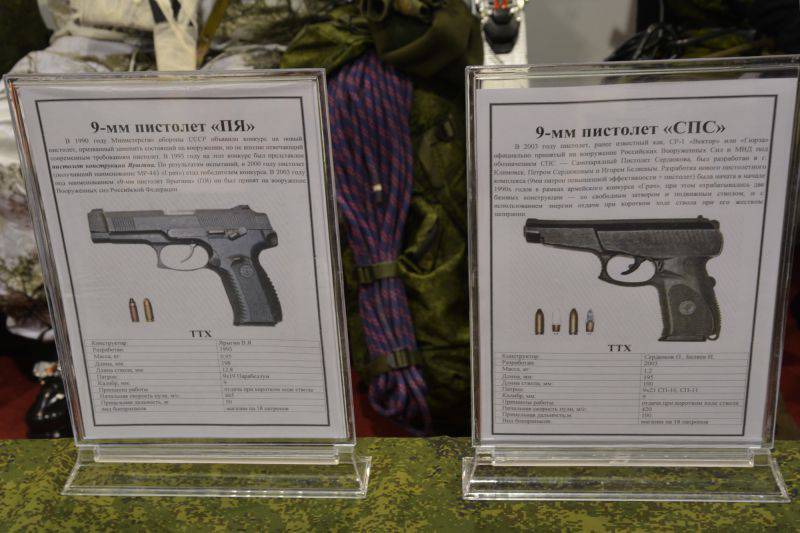 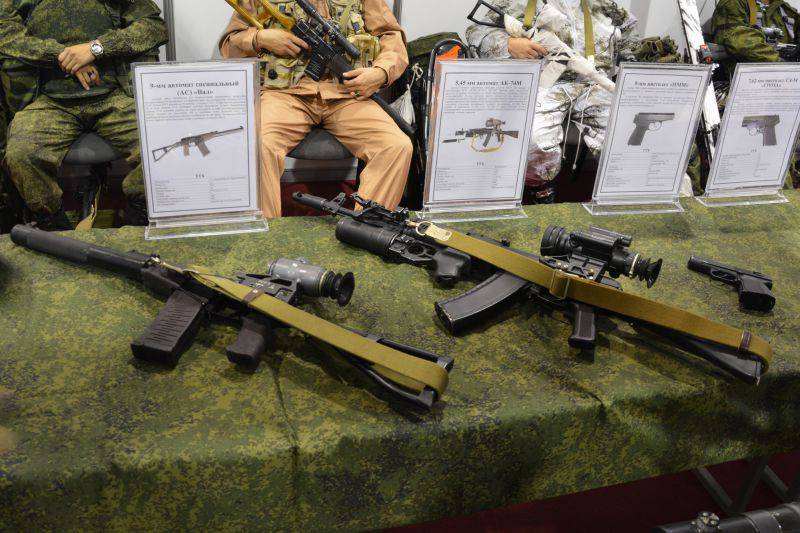 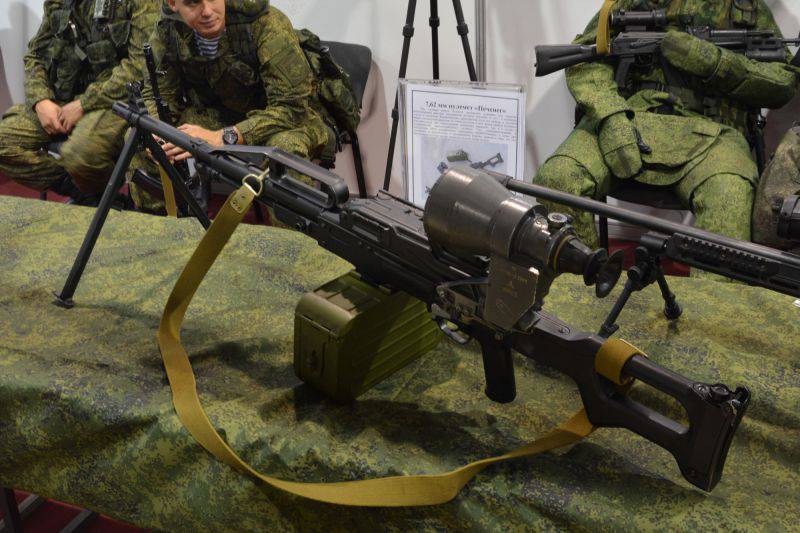 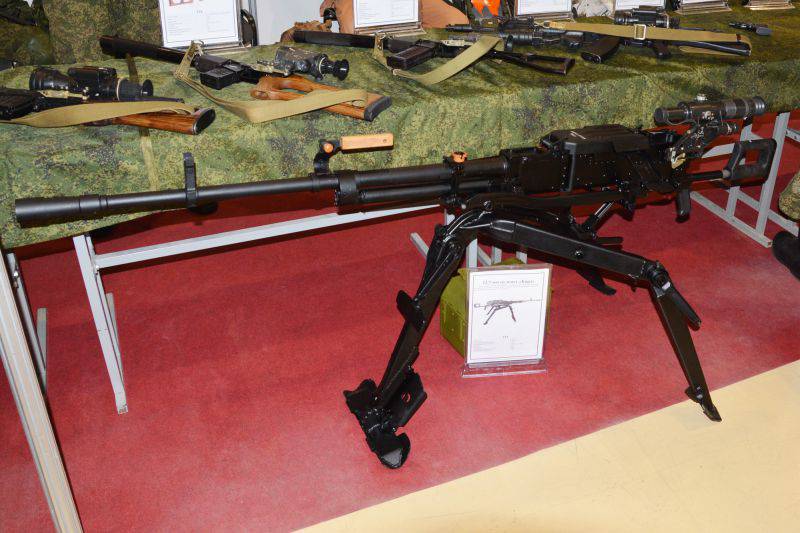 Weapons on the stand of the Southern Military District

Ctrl Enter
Noticed a mistake Highlight text and press. Ctrl + Enter
We are
Innovation Day of the Southern Military District: Pictures from the ExhibitionThe action “Military service under the contract is your choice!” In Rostov-on-Don: future contract servicemen, exhibitions and “Russian Knights”
9 comments
Information
Dear reader, to leave comments on the publication, you must to register.