October 19 2015
76
The Trans-Pacific Partnership, actively promoted by the United States in its own interests, is close to adopting a final look. The opening of local markets, which will follow, will bring profits to the American economy comparable to those it received during the world wars. Since the Pacific Partnership is closer to completion, it is his Russian diplomacy that will have to be torpedoed until it has spurred the Transatlantic partnership, which is much more dangerous for the Russian Federation. This is where some opportunities open up before Moscow. 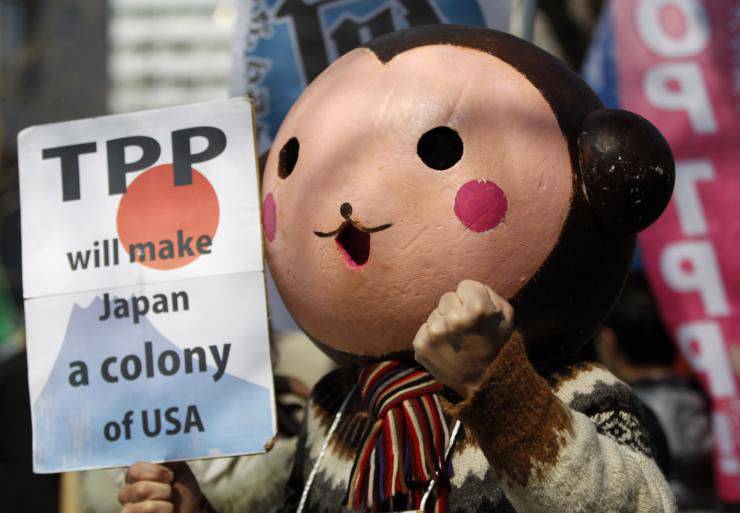 Transatlantic (Transatlantic Trade and Investment Partnership, TTIP) and Trans-Pacific (Trans-Pacific Partnership, TPP) trade partnerships are essentially a new incarnation of the same “open door doctrine” that Washington has been pursuing since the end of the 19th century in China - in the form it is beneficial to all, and in fact - only the United States of America. It’s just now that the scale is bigger, and there is no one to resist - the former geopolitical competitors have been cleansed and turned into vassals. Rejecting the diplomatic husk, you can talk about the new “Iron Curtain”, but already from America and its satellites. It is not by chance that there is an unspoken ban on the Internet to publish both “partnerships” on one card together, so that ordinary people do not clearly understand the scale of what is happening. To put it simply, America takes away all the most tidbits of the world: the EU, Japan, Australia and all the others who are needed in the strategy of domination, and all the others are plunged into chaos.

In the Russian Federation, it seems, they are finally aware of the danger that all these closed “partnerships” carry, which sooner or later will lower the deaf barrier in front of Russian goods, including energy, which will become a real catastrophe. Also, the emergence of such “partnerships” inevitably annuls all mechanisms of the WTO, where the Russian Federation climbed with great difficulty and monstrous damage to its own economy.

October 14 The Russian Foreign Ministry through the mouth of Maria Zakharova and Sergey Lavrov outlined the idea of ​​the TTP as extremely dangerous. Other officials have spoken about in the same vein. Well, it’s very nice that Russian diplomats finally realized the threat and at least started talking about it. But what will be the actions of Russia, while similar barriers have not been lowered by Europe?

As you know, the Japanese-Russian relations, which started to improve, collapsed again in 2014-2015, when the pro-American wing in Tokyo gained the upper hand. At the moment, attempts are being made to restore the ruined. At first, the leaders of the two countries met on the margins of the UN General Assembly, and on October 8, a meeting of the deputy foreign ministers took place in Moscow. In Tokyo, they are determined to accept Putin by the end of 2015, despite active opposition from the United States.

Naturally, the main issue during the visit of the President of the Russian Federation will be precisely the territorial issue. If Putin and Abe finally fail to agree, a new break in relations is inevitable (and as a result, Japan’s final withdrawal from the TTP), but otherwise there are much more interesting options. If that almost unbelievable compromise is reached *, then the Trans-Pacific Partnership can be used, if not a bold cross, then a question mark is certain.

The thing is that a compromise is likely to mean the emergence of territories with transitional status. The more such an area turns out to be, the longer the transition period will be, during which Japan will not be able to be a member of the TTP. And without the rich market of the Land of the Rising Sun, the entire structure of the TTP actually loses its meaning. It is impossible to understand whether such a combination is a phenomenal find of the Russian Ministry of Foreign Affairs, or, more likely, such a result came out by chance, but the situation is more than curious.

Skeptics may argue that in three to five years the period of transitional status will expire, and the obstacles to Japan’s entry into the TTP will disappear. So it is, but not quite. In three-five years, anything can happen in world politics. Events in our difficult time do not just develop quickly - they literally rush at a gallop. It may happen that in five years no “partnerships” will ever be remembered, for more vital interests will appear.

By the way, about the United States - they predictably criticized through the representative of the State Department John Kirby preparations for the visit to Vladimir Putin in Tokyo. The fury of Americans is easy to understand, considering what they risk. The TPP is a matter of principle for Barack Obama personally. The creation of a global trade agreement will override most of his blunders in all the years of the presidency and will allow history The USA is at least not complete (namely, everything goes to this) a loser. True, the United States itself has enough influential opponents of the TTP, including party members of the president. Japan’s troubles are the last thing Obama needs now. Tokyo, in turn, receives a legal excuse to slip out of the TTP, which is absolutely unprofitable for it, which threatens local agricultural producers with complete ruin. 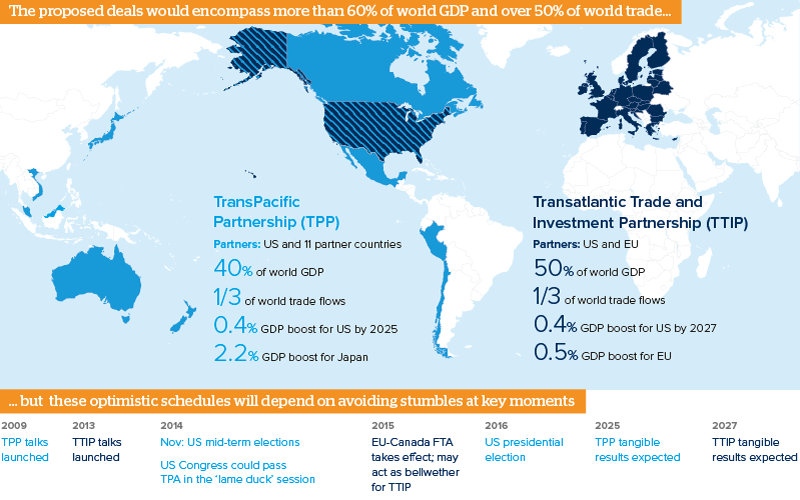 Observers and analysts once again can state that whether or not Tokyo and Moscow agree, almost the entire global configuration, both economic and political, depends. As the United States Foreign Ministry spokesman Yasuhisa Kawamura previously noted, the leaders of Russia and Japan, Vladimir Putin and Shinzo Abe, reached an agreement to continue negotiations to find a mutually acceptable resolution of territorial disputes.

“The meeting lasted 40 minutes, the discussion was frank and very versatile and meaningful. They discussed three points, one of them - territorial issues. First of all, Russia and Japan agreed to advance negotiations on a peace treaty, so that they could find a mutually acceptable solution ... The Prime Minister said that negotiations on a peace treaty should be advanced in accordance with the agreements reached by both leaders in April 2013 of the year. ”

Of course, the preferences of the Japanese side are voiced here. What considerations does Moscow have on this score, we will know closer to the end of the year.

* Note. The Russian side proposes to resolve the issue on the basis of the Soviet-Japanese declaration 1956 of the year, which ended the state of war between the countries and provided for the transfer of Japan only to Shikotan and Habomai after the conclusion of a full-fledged peace treaty. In Tokyo, they reject this interpretation, insisting on the provisions of the 1993 Tokyo Declaration of the Year, which proclaimed all four islands to be disputed. Shikotan and Habomai together make up only 7% of the total area of ​​the disputed territory. A territorial dispute prevents the two countries from signing a peace treaty and finally determining the state border.

Ctrl Enter
Noticed oshЫbku Highlight text and press. Ctrl + Enter
We are
Pacific campaign of the United States for preferences for American corporationsStrangulation: the context, conduct and consequences of the American naval blockade of China
Military Reviewin Yandex News
Military Reviewin Google News
76 comments
Information
Dear reader, to leave comments on the publication, you must to register.