October 15 2015
38
The fact that the Cuban soldiers arrived in Syria for the possible participation in the military operation, today reported a variety of information resources. For example, the American television channel FoxNews reports this, leaving with the material that Havana is sending a military contingent to Syria "to support Assad and Russia." Wherein FoxNewswho has recently been repeatedly convicted of fakes, refers to a certain “confidential source”.


The material states that the Cuban military can be used to train Syrian troops. A certain source in the US bureaucracy told FoxNewsthat Syria was recently visited by Leopoldo Sintra Frias, the commander of Cuban armed forces.

From the message the press service of the Ministry of Defense:
During the conversation, the state and prospects of Russian-Cuban military and military-technical cooperation were discussed.

At the same time, Syrian President Bashar Asad met with the chairman of the Iranian National Security Committee Alaeddin Boroujerdi. 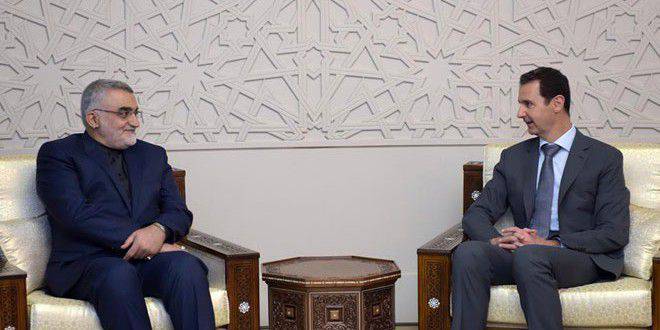 The embassy of Cuba in the Russian Federation has denied information about sending the Cuban military to Syria, calling the statements of the American press cretinism.

Ctrl Enter
Noticed a mistake Highlight text and press. Ctrl + Enter
We are
Cuban "Black Wasps"
38 comments
Information
Dear reader, to leave comments on the publication, you must to register.