Army of Saudi Arabia: the military detachment of Wahhabism

October 16 2015
36
Saudi Arabia is the most influential state not only of the Arab, but of the entire Islamic world, since Islam originated on its territory and it is here that the main Islamic shrines - Mecca and Medina are located. The influence of Saudi Arabia is greatly enhanced due to the presence of huge reserves of oil and gas and, consequently, huge financial resources.


Due to the presence of huge financial resources, Saudi Arabia has created a formally very powerful armed forces (VS), although their actual combat effectiveness raises certain doubts (the Arab mentality, the hired recruitment principle and the general high standard of living of the royal subjects do not contribute to the desire to fight). The Saudi armed forces have five types (completely copying the structure of the USSR Armed Forces - the Strategic Missile Forces, the ground forces, the Air Force, the Air Defense Force, the Navy), not counting the National Guard.

Strategic missile forces include three missile bases (Al-Watah, Al-Sulayyul, Al-Jufayr), located in the south-west of the country. They have 10 – 12 mine launchers (PU) of Chinese medium range ballistic missiles (MRSD) DF-3А (the total number of missiles can reach 120). The DF-3А’s flight range is approximately 2,8 thousands of kilometers, that is, they can reach the Russian North Caucasus and the Lower Volga region. Officially it is believed that these MRBD carry the usual warhead (warhead), but initially they were created under the nuclear warhead. Saudi Arabia could acquire nuclear warheads either in China itself or in Pakistan. 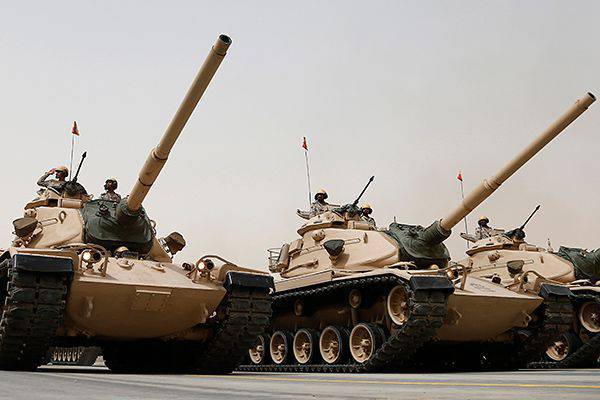 There are five US E-3A aircraft, 18 tankers (seven US-130H and KE-3A, four European A330MRTT, there will be two more), 68 transport aircraft, 118 training aircraft, 46 helicopters. A special kind of air force is the Royal Air Force, designed to carry members of the royal family. It includes 30 passenger aircraft and 11 helicopters.

The Marines include two battalions, armed with 140 Spanish BMP-600P.

There are no foreign troops in Saudi Arabia.

The main potential adversary of Saudi Arabia is currently Iran, on the basis of which a very peculiar tacit alliance of the Wahhabi kingdom with the “Zionist entity”, that is, with Israel, emerged, where the hatred of Iran also reached a state of paranoia for a long time. 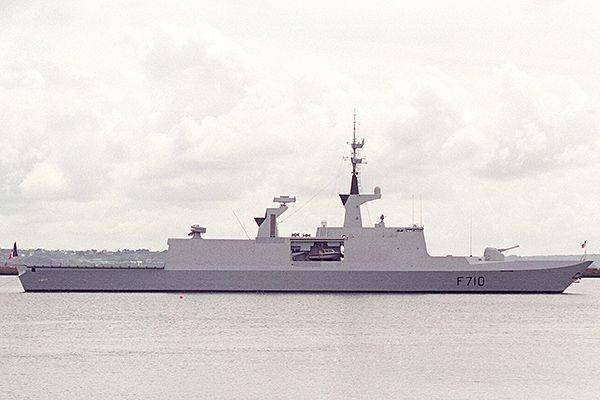 At the same time, Riyadh remains the main sponsor of the Syrian opposition, thanks to which Islamic radicals began to play a dominant role in it. However, in the spring of this year, Riyadh demanded that all his subjects fighting in Syria return home. Thus, the Saudis continue to "rake the rake." In 1980-s, they not only financed the struggle with the Soviet troops in Afghanistan, but also sent a significant number of their volunteers, who formed the basis of Al-Qaida. After returning home, these people began to fight with the Saudi authorities, whose way of life is very far from the puritan norms of Wahhabi Islam. Now the situation repeats. Of course, Riyadh continues to finance the fight against Assad, but wants to be overthrown by someone else. Additional problems for the kingdom may arise due to the "overflow" of the Syrian civil war in Iraq.

Likewise, it is precisely the Wahhabi evil empire that continues to stand behind the back of the Islamic militants in the Russian North Caucasus. In particular, in the course of both Chechen wars she was the main financier and supplier weapons for local militants. Now Arabian Wahhabism is beginning to penetrate actively into the Volga region, the Urals (into Tatarstan and Bashkiria) and into Western Siberia (especially into the “oil and gas” Khanty-Mansi and Yamalo-Nenets autonomous districts). In this regard, Moscow’s domestic and foreign policy is surprising, to say the least. In particular, the fact that the Wahhabi form of Islam is still not banned in Russia and there is no ban on the activities of Islamic clerics who received education in Saudi Arabia and other Middle Eastern countries has no explanation. There is either a completely blatant incompetence, or a direct betrayal.

The same can be said about the actual Russian-Saudi relations, where there are inexplicable attempts by Moscow to flirt with Riyadh and pretend that this is a normal country, and not a direct and open enemy. Quite “beyond the bounds of good and evil” there is regular serious discussion of the possibility of selling the latest weapons to a direct open enemy (for example, Tanks T-90S and even S-400 air defense systems!).

Finding intelligible explanations for this state of affairs is difficult. The most likely explanation, alas, is the simplest - the Saudis here are simply paying someone very well. In fact, it is well known that corruption is the main breeding ground for domestic terrorism. Perhaps not only grassroots.
Saudi Arabian Army 2015

Ctrl Enter
Noticed a mistake Highlight text and press. Ctrl + Enter
We are
The influence of Wahhabism on the socio-political situation in UkraineTatarstan authorities will restore order in the republic - Sharia
36 comments
Information
Dear reader, to leave comments on the publication, you must to register.