October 16 2015
217
Little sketch on the subject of who the ombudsmen and whose rights and interests they protect.


Loud scandal recently broke out around the statements of the Internet ombudsman under Russian President Dmitry Marinichev, who sounded at a meeting of the Public Chamber. In response to scientists' complaints about underfunding, Mr. Marinichev, without batting an eye, said that “if you want to harm the country, then you should invest in the creation of IT-specialists in the territory of the Russian Federation”, because “more harm cannot be done”. That is, the person formally responsible for the direction suggested actually destroying this very direction. Of course, from purely good purposes. 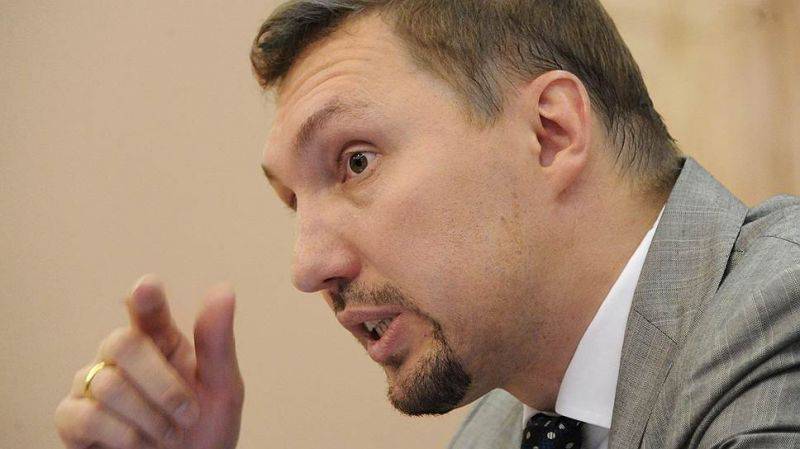 This was followed by revelations, well worthy of study by specialists either from psychiatry or from the relevant services. In particular, Marinichev announced that the Russian market is still “just a sandbox, this is some kind of aquarium compared to the world's oceans,” and therefore “it’s impossible to do something or import it in the framework of our country alone”. The following is even more interesting:

“No one has ever canceled a simple thing: that the army first comes, traders come for the army, and the market comes after traders. Accordingly, where there is power, you are there. Today, the United States has monopoly on technology throughout the market. ”

Probably, according to this logic, the Russian Federation is proposing to conquer half of the world to promote its goods. By the same logic, right now in many countries of the world should be Chinese, Japanese and South Korean troops.

Later, Mr. Marinichev, apparently realizing that he had spoken too much, immediately tried to disavow his statements with the traditional “misunderstood” and “taken out of context”, but the text had already managed to disperse on the network with the corresponding comments from ordinary Russians.

It so happened that, although not being an IT person, for a number of personal circumstances, I have a good idea of ​​the affairs in this industry in the Russian Federation. I can honestly say that she is one of the best in the world, and if she were allowed to develop normally and not suffocated, she would have become an absolute leader. But officials from high offices, apparently, have a different opinion. Obviously, theology and “TRP norms” look much more promising for them.

And if we suddenly need a quality information product, then we can always ... buy it. In the West. For the currency gained from the sale of resources. I remember that something similar was answered before the 2008 crisis of the year to those people who called for the development of their own production of consumer goods. They say that this is not a royal business - to rivet TVs and refrigerators, we will buy everything in China.

Let's keep silent about the fact that with the destruction of our own IT-industry, you can put an end to the domestic defense industry, with all the resulting geopolitical consequences. Once again bravo, Mr. Marinichev! You really know your stuff.

There is no doubt that Mr. Marinichev came to his place directly from the company of Russophobic liberals. They believe that their duty to destroy almost the only industry in Russia, which is held on an equal footing with the best Western models and even surpasses them.

“At the R & D level, everything is produced in the United States,” the ombudsman announced. - Any trained specialist in our territory will pray to that ... to that source of information where this knowledge comes from. And the first thing is to try to go from here to there, in order to be closer to the case in which he deals. This is an absolutely natural desire. ”

Wonderful logic. Why prepare programmers if they leave anyway? Apparently, in addition to the desire to save budget money for someone's personal needs (it is not difficult to guess whose), Mr. Marinichev is driven by banal envy. Like, various serfs got into the habit of traveling abroad, when it was just us, the bars, to face. And what is even more disgusting, they are really waiting for them there, but we, high-born gentlemen, are called bad words! No, do not let go!

In general, with the above-mentioned gentleman everything is clear for a long time. Instead of concrete proposals for the development of his industry, he offers the scolding thesis that “capitulation is inevitable”, and he persistently promotes the idea that import substitution within one country is nonsense, which should not even be considered. Apparently, the example of South Korea and other successful countries to ombudsmen is not a decree.

There is only one question left for the general public: who put a person with similar views on the post of ombudsman for the IT industry. The enemy, as they say, you need to know in person.

Ctrl Enter
Noticed oshЫbku Highlight text and press. Ctrl + Enter
We are
Results of the week. “Well, if you don't want anything else ...”Situational analysis of the death of the MH17 flight (Malaysian Boeing 777), made on the basis of engineering analysis from 15.08.2014
Military Reviewin Yandex News
Military Reviewin Google News
217 comments
Information
Dear reader, to leave comments on the publication, you must sign in.