October 16 2015
22
Timely upgrading allows you to operate the equipment for a long time. Outdated components must give way to new ones, which allows us to keep the characteristics of the equipment at the required level and thereby extend its service life. One of the results of this approach to the operation of equipment was recently demonstrated at the exhibition "Innovation Day of the Southern Military District." Among other vehicles, the exposition included an updated MT-LB 6MB multi-purpose tractor.


The modernization project “6MB” was developed by the “Muromteplovoz” plant and is one of the representatives of the whole family. For several years, the Murom enterprise has created several projects for the modernization of MT-LB towers aimed at improving their performance and, in particular, their combat effectiveness. It is proposed to improve the performance of old vehicles by repairing and replacing some units, as well as using new weapons.

The main innovation of the project MT-LB 6MB is a new combat compartment, not previously used on the machines of this family. In the course of repair and modernization, a reinforced under-turret box is installed on the body of the basic tractor, on the chase of which the combat compartment of the BKU-1 with new weapons is mounted. The applied weapon system allows you to significantly increase the firepower of the machine in comparison with its base case. Initially, the MT-LB was equipped only with a machine gun, but now it carries a machine gun and a small-caliber automatic cannon. 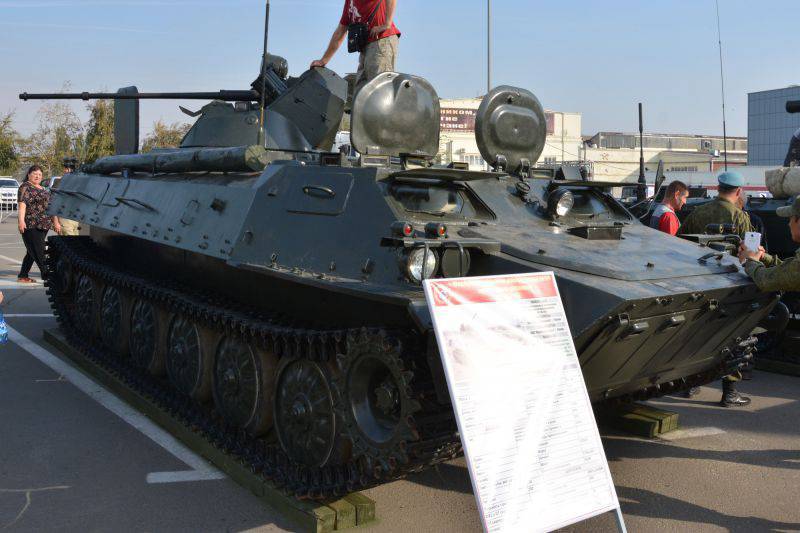 In order to simplify the project, upgrading to the state of MT-LB 6MB involves the use of the existing combat unit of the BKU-1, borrowed from the BTR-80A armored personnel carrier and other vehicles of this class. Thus, when modernizing existing equipment, there is no need to manufacture completely new components, since only existing products are used. Nevertheless, Muromteplovoz offers several new projects of combat units, differing from the control unit-1 in the composition of their weapons and instrumentation equipment.

The new tower, mounted on the MT-LB 6MB, has a monitors layout with a rocking installation of the gun and the associated machine gun cover. Main weapon This fighting compartment - 30-mm automatic gun 2А72. Additional - PKTM machine gun and smoke grenade launchers. An important feature of the BPU-1 product is the layout of cartridge boxes and turret devices. All ammunition stored outside the hull of the base machine. Below the roof is only the gunner's workplace, equipped with controls and viewing devices.

The fighting compartment is equipped with day and night sights. The 1P3-9 device is intended for shooting during daylight hours. At night, use TPN3-42. These devices provide shelling targets at ranges up to 2-2,5 km (from a cannon) or to 1-1,5 km (from a machine gun).

After the installation of the new combat compartment, the combat weight of the MT-LB 6MB almost does not change and does not exceed 12,75 t. This made it possible to preserve the existing engine. In the engine compartment of the machine is a diesel engine YMZ-238BM power 240 hp This power plant provides maximum speed on the highway at the level of 60 km / h. In addition, the machine maintains buoyancy and can move through the water at speeds up to 5-6 km / h.

The upgraded armored vehicles MT-LB 6MB are mass-produced and transferred to the armed forces. The customer, represented by the Ministry of Defense, considered such an option to refine the existing equipment acceptable and convenient, since it allows keeping existing machines in service, but at the same time significantly improving their combat qualities.

After modernization, the front-line soldiers MT-LB continue to serve in various units of the armed forces. Such equipment is available in all military districts, including in the South. One of the machines MT-LB 6MB, operated in the Southern Military District, has recently become an exhibit. Anyone could get acquainted with this machine during the exhibition "Day of Innovation of the Southern Military District". 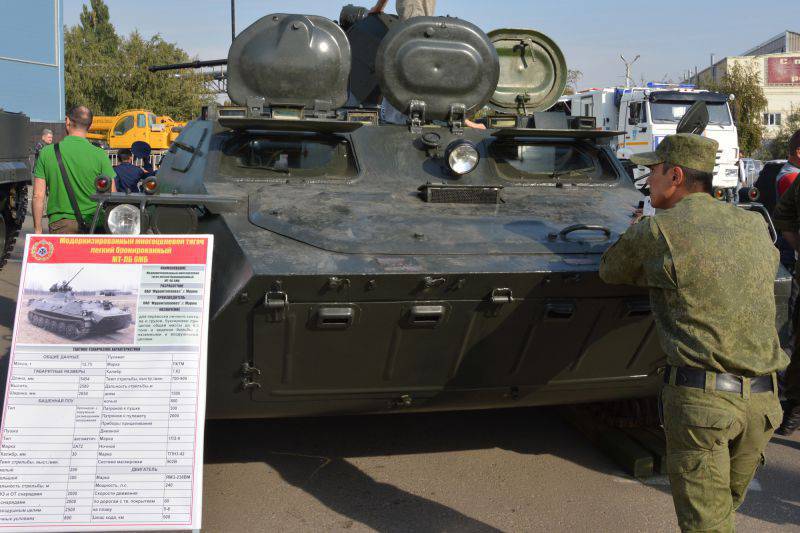 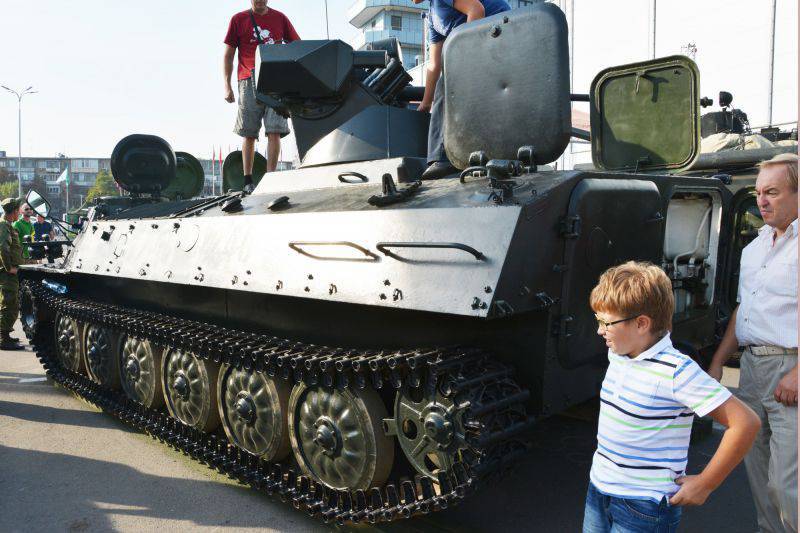 Differences from the base machine are minimal 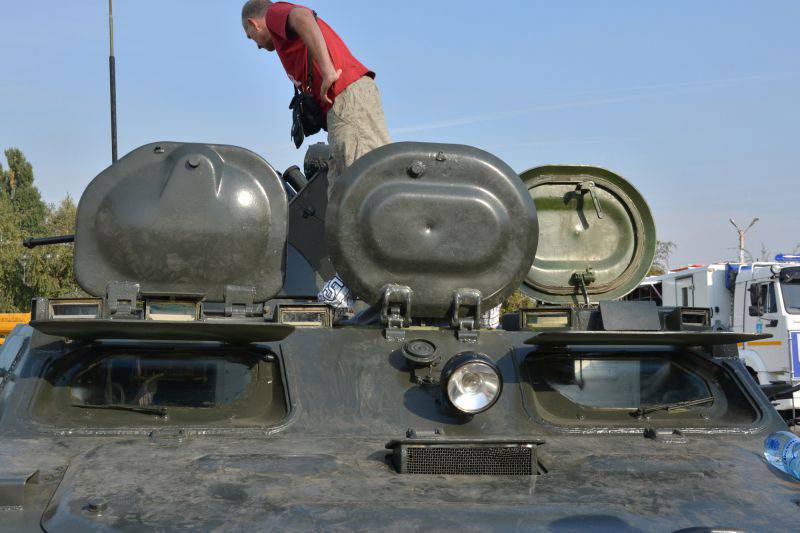 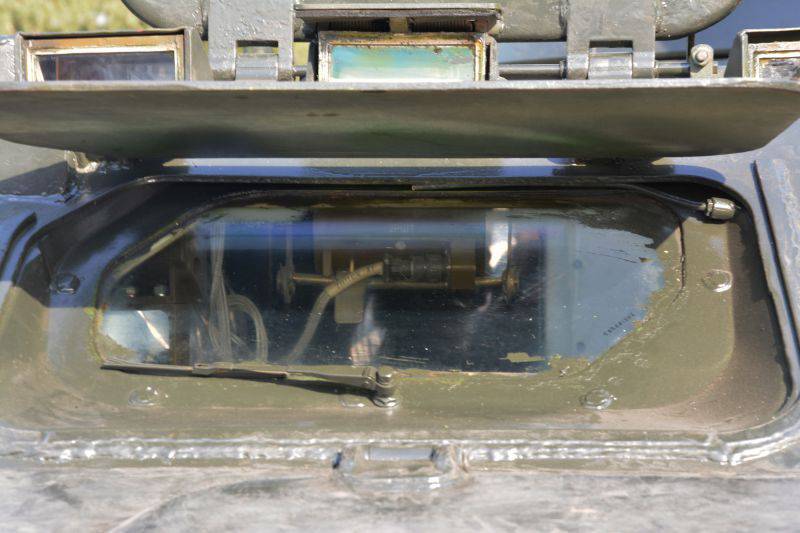 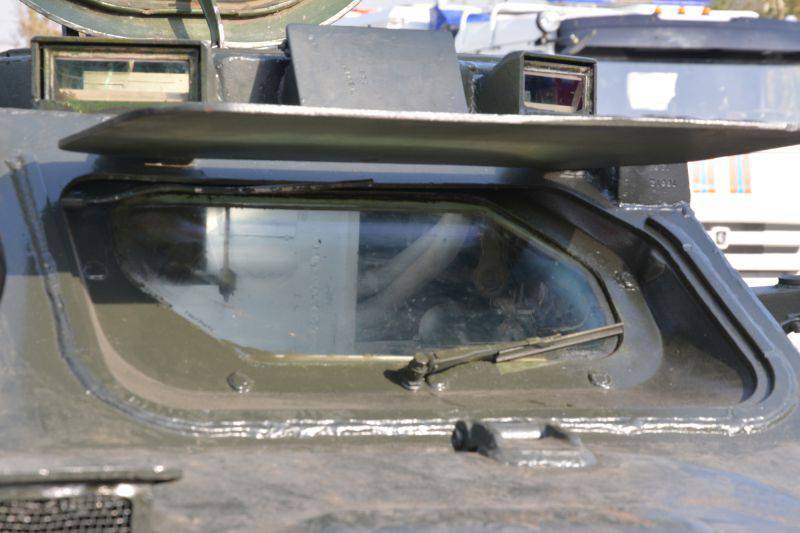 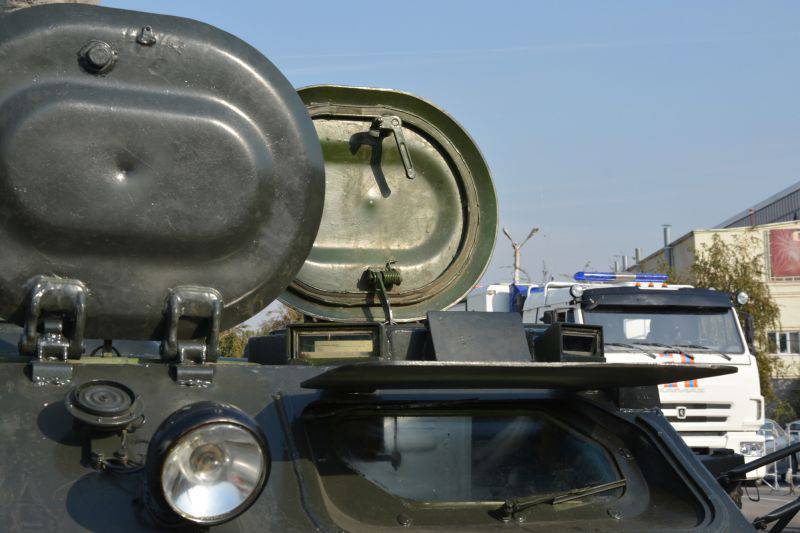 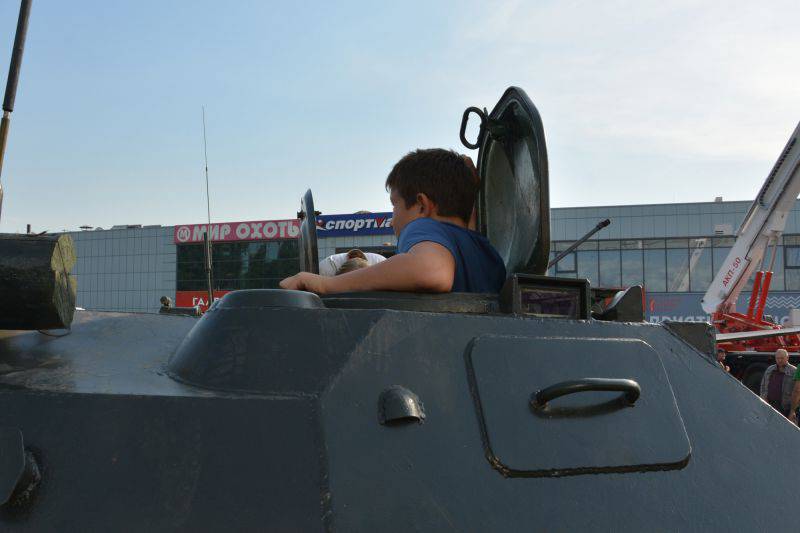 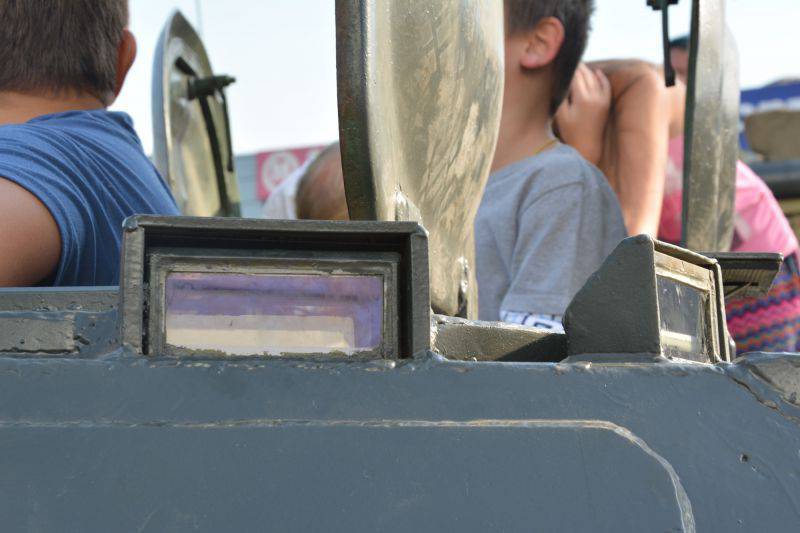 Hatches and viewing devices of the driver and commander 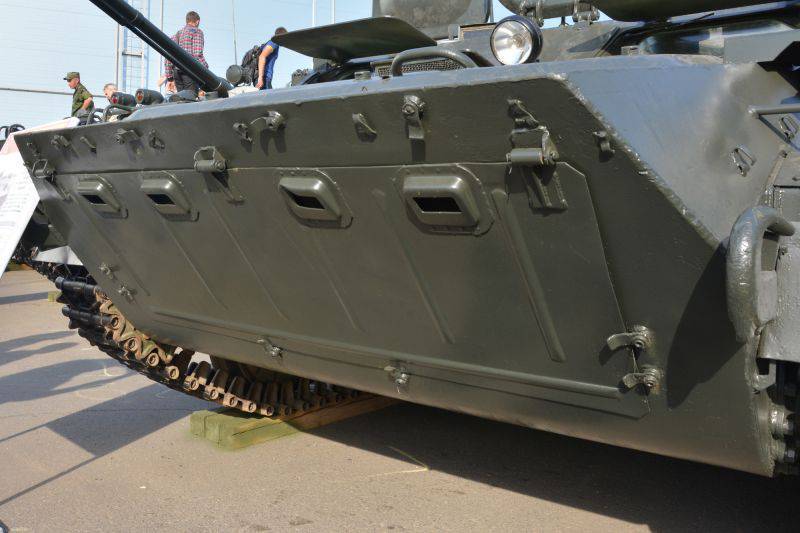 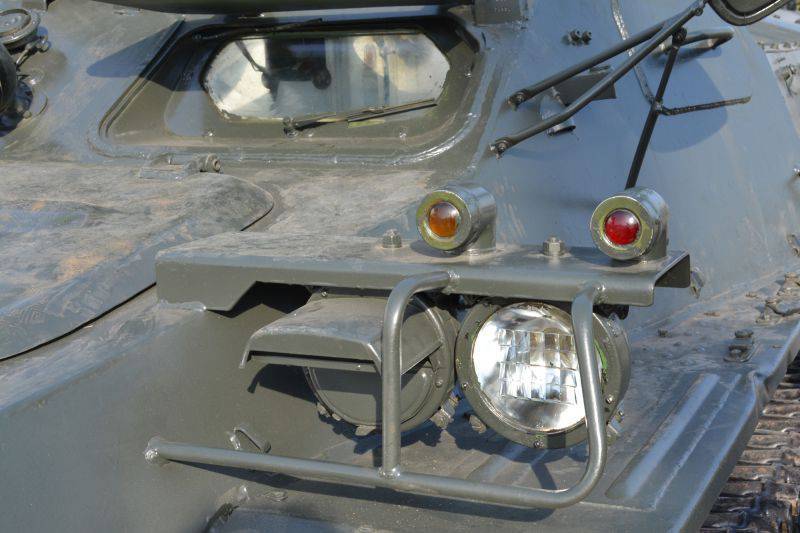 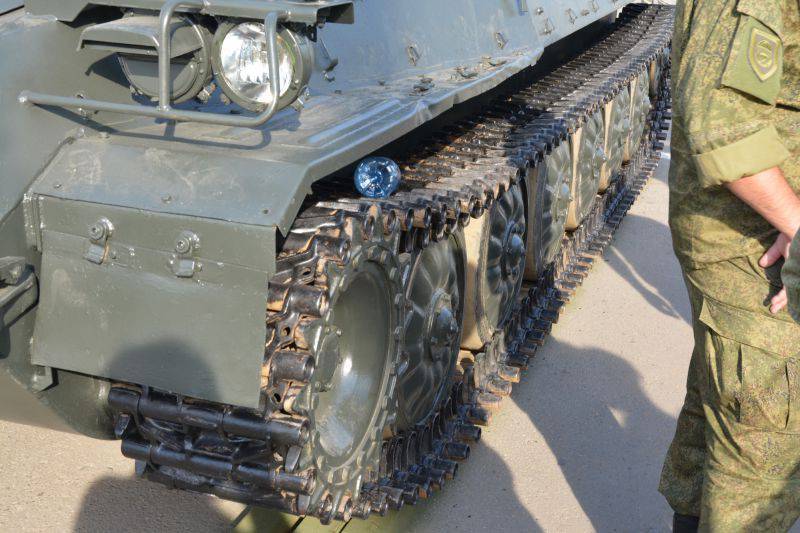 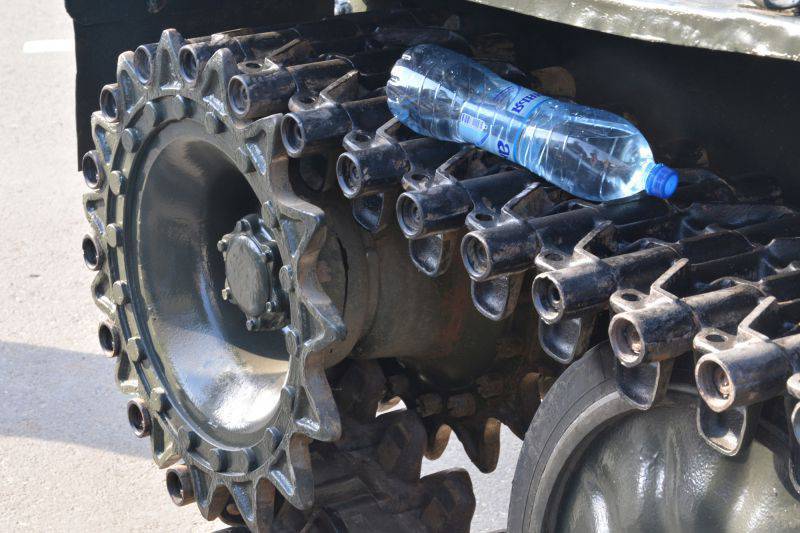 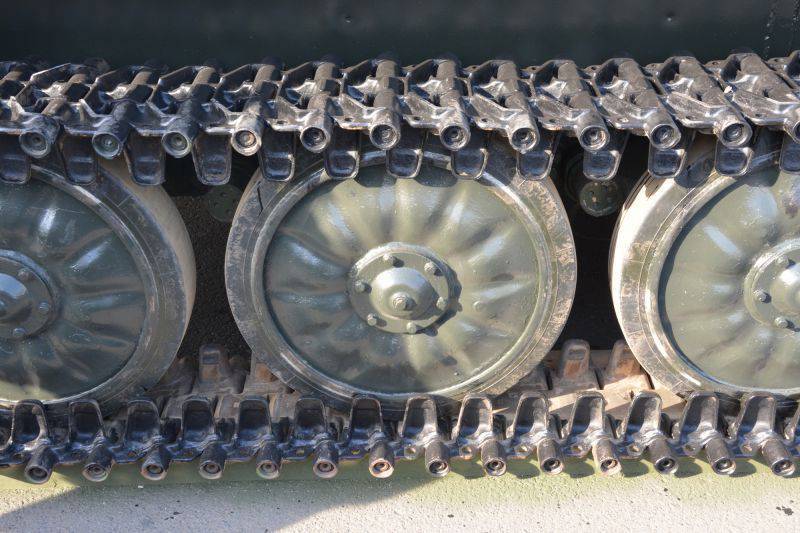 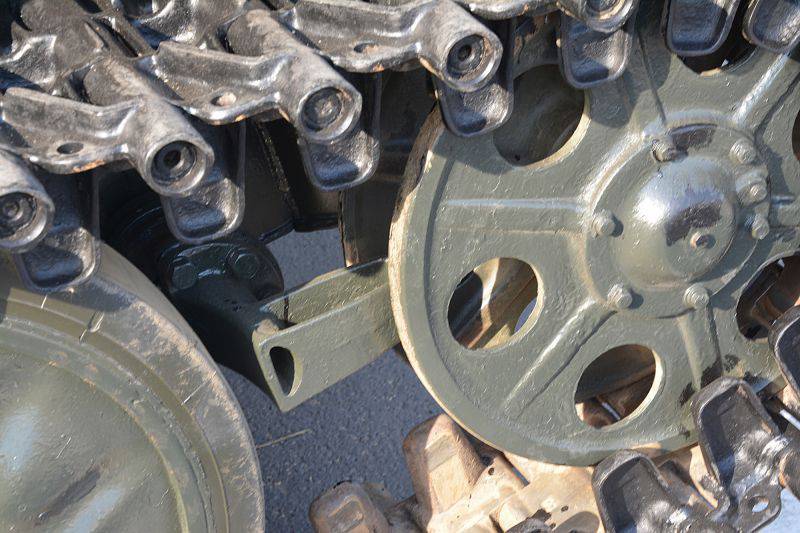 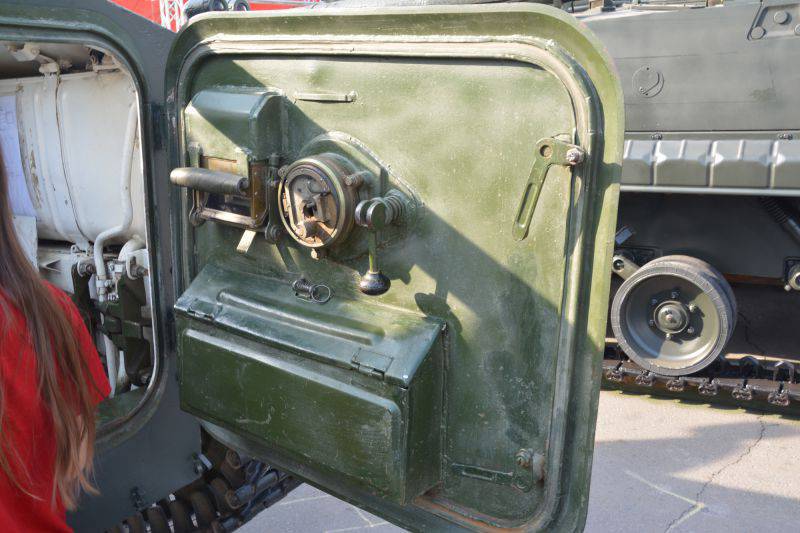 Access to the troop compartment through the stern door 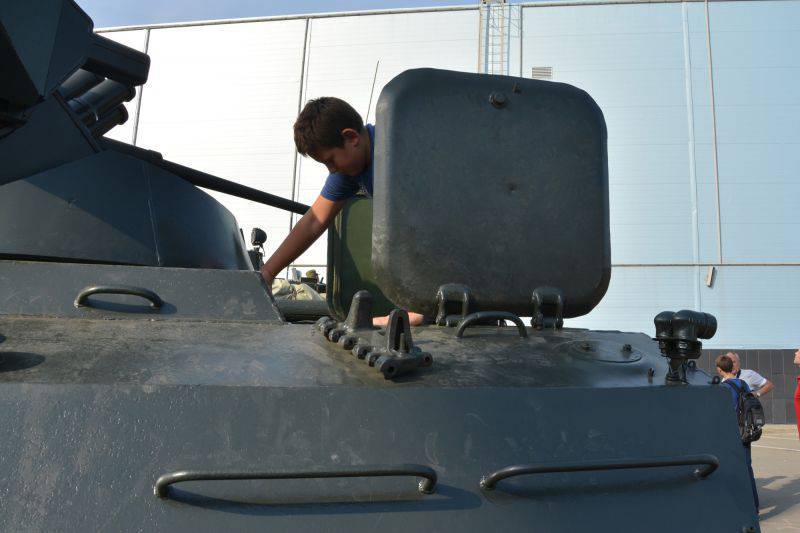 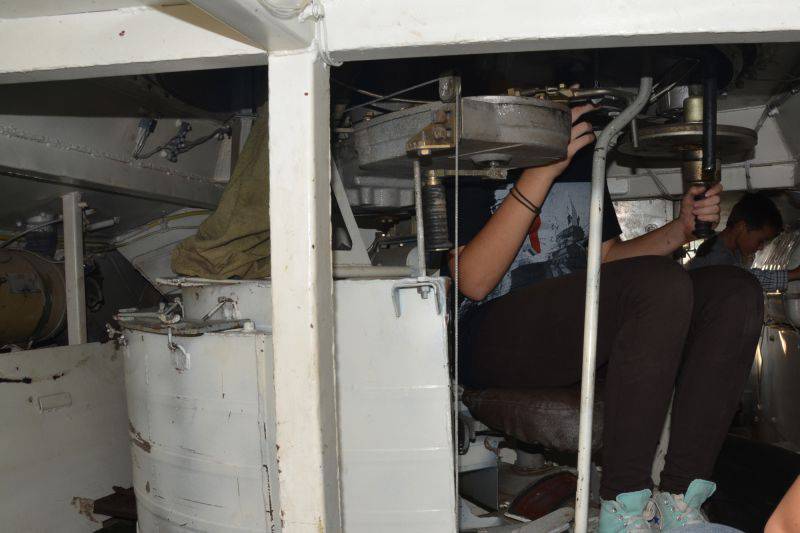 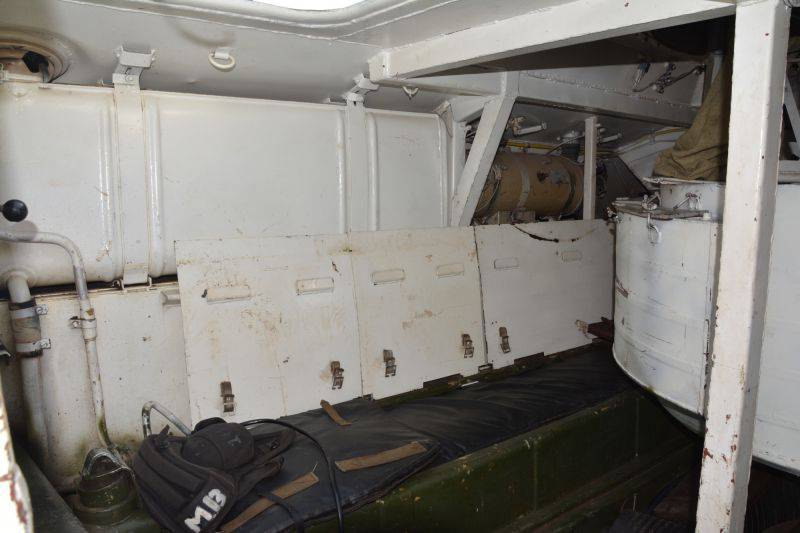 Airborne landing on the left side 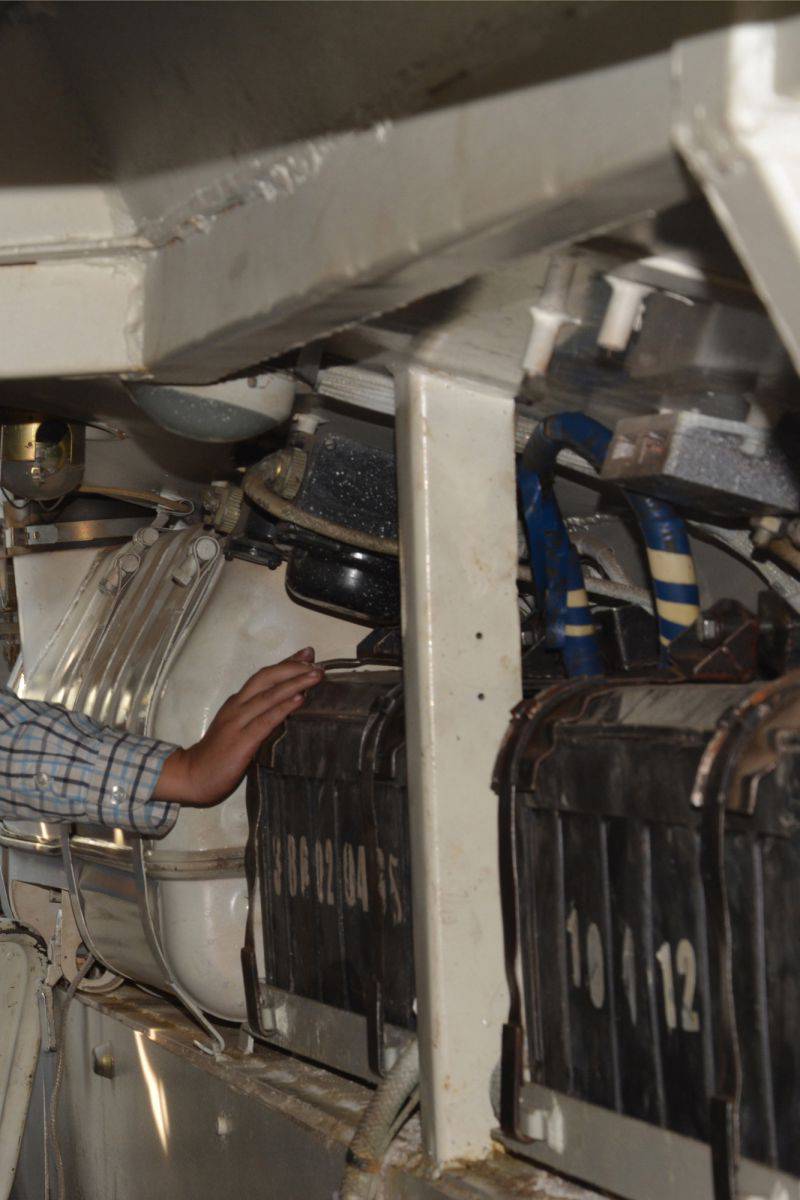 Boxes in the right fender 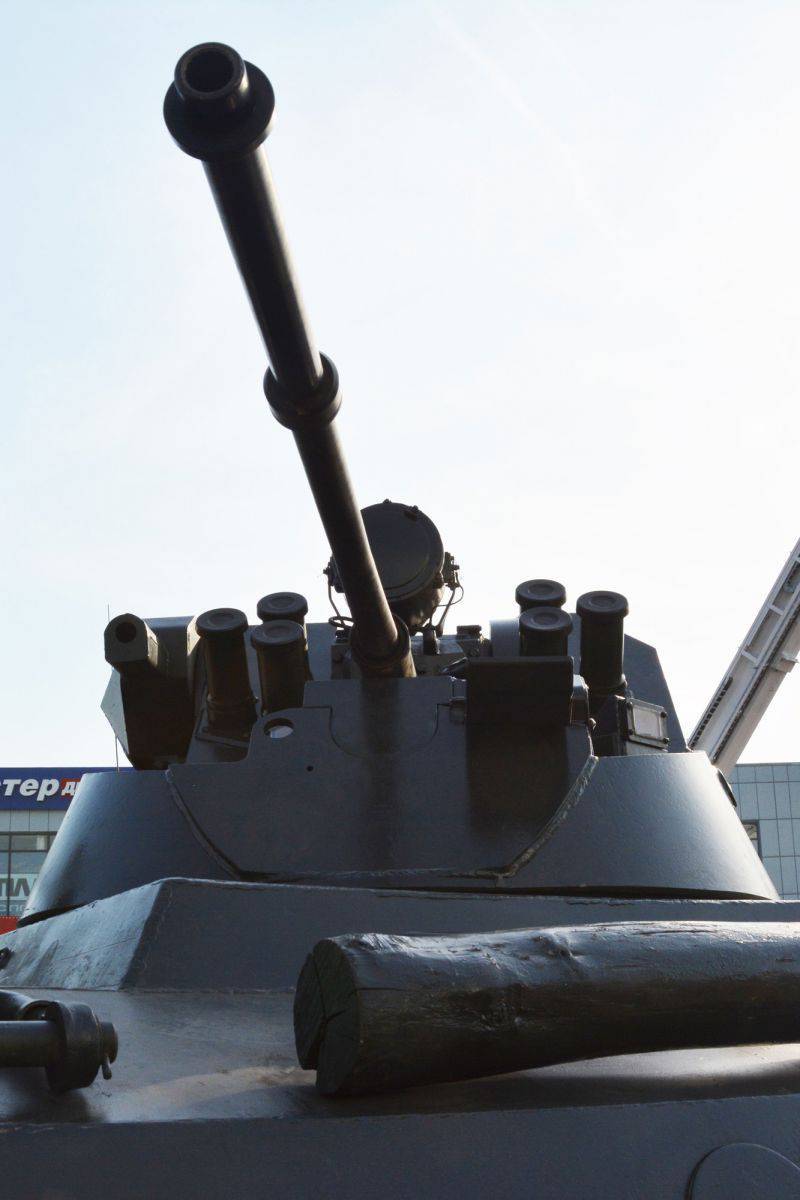 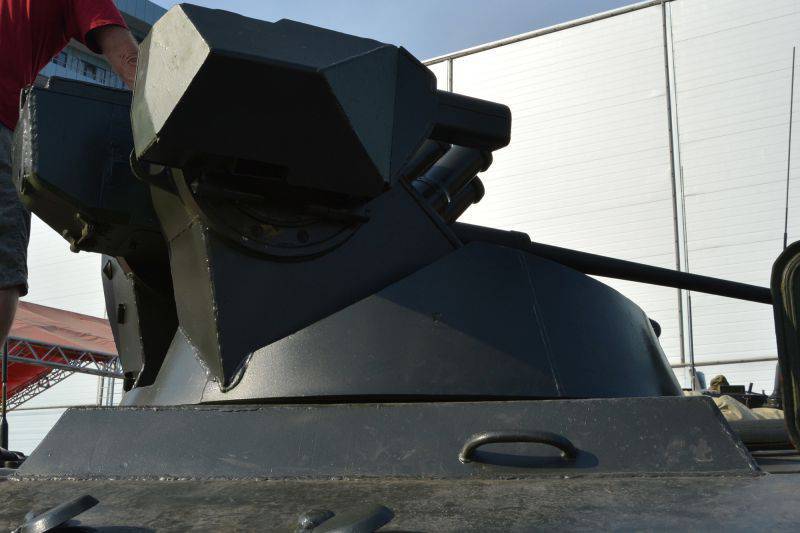 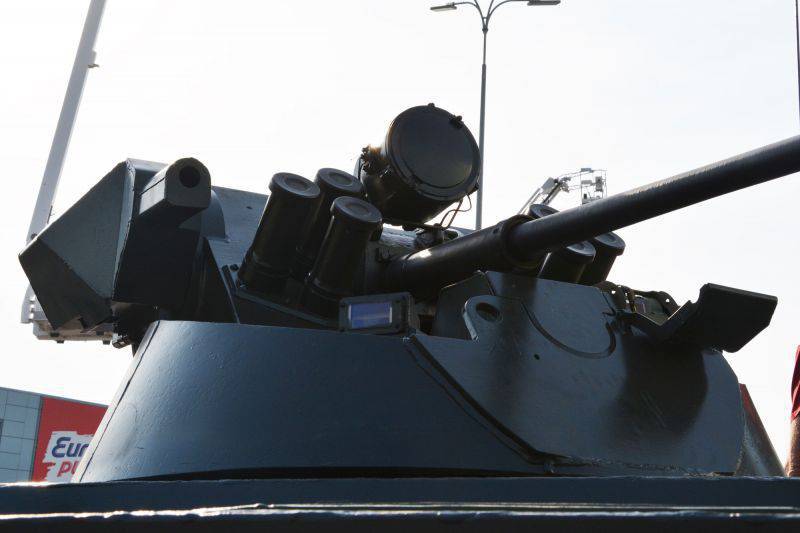 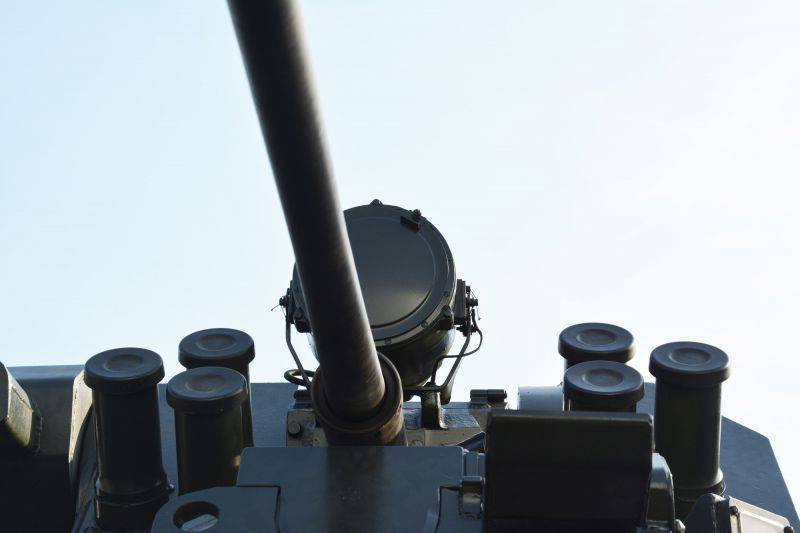 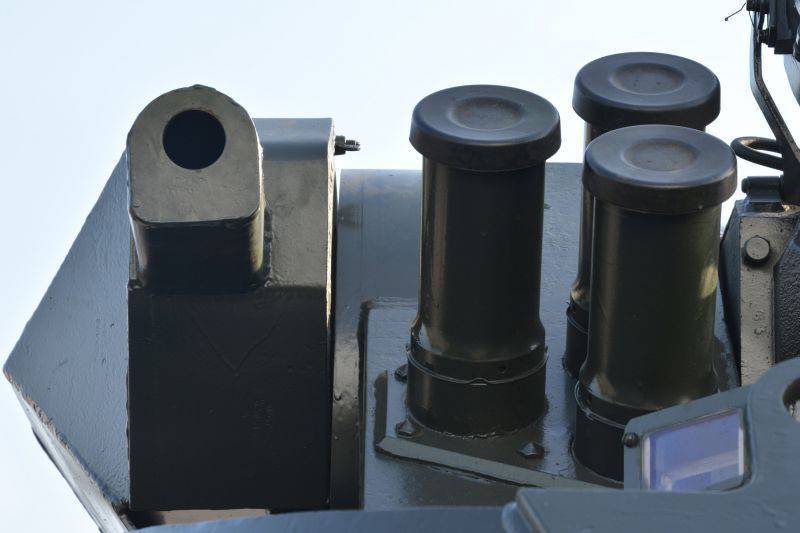 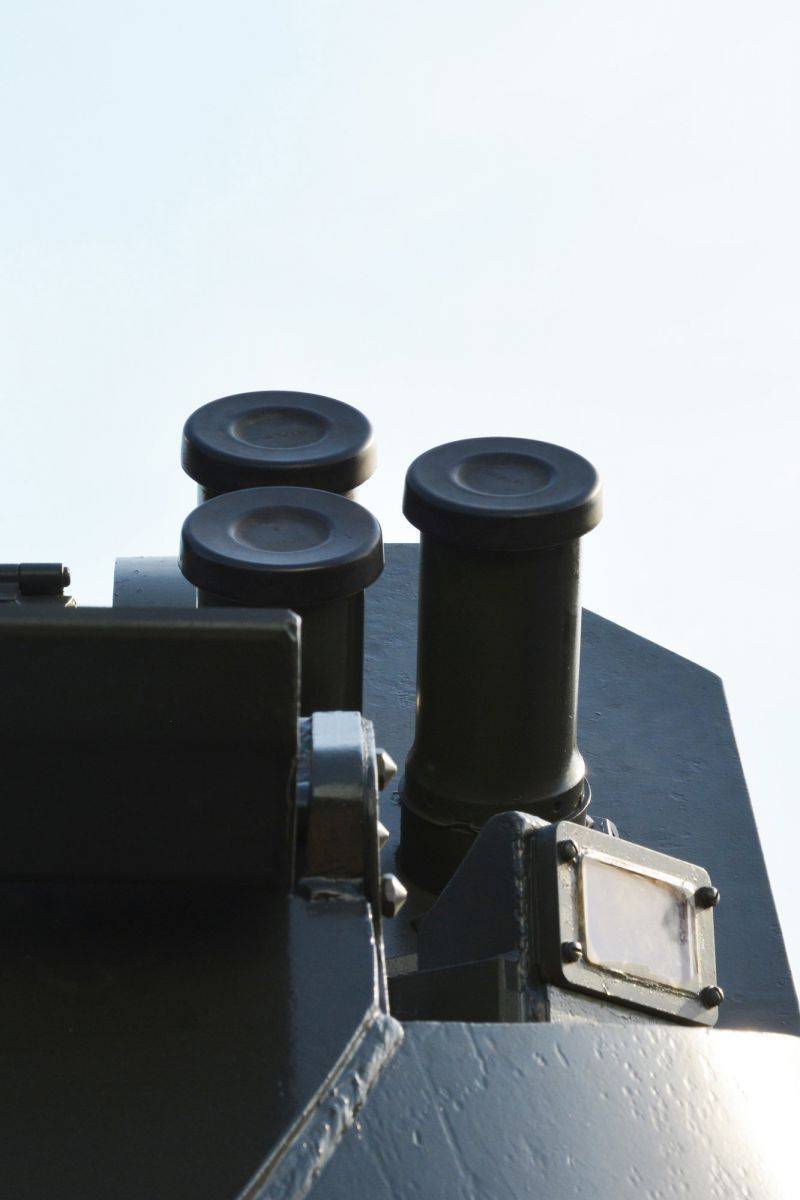 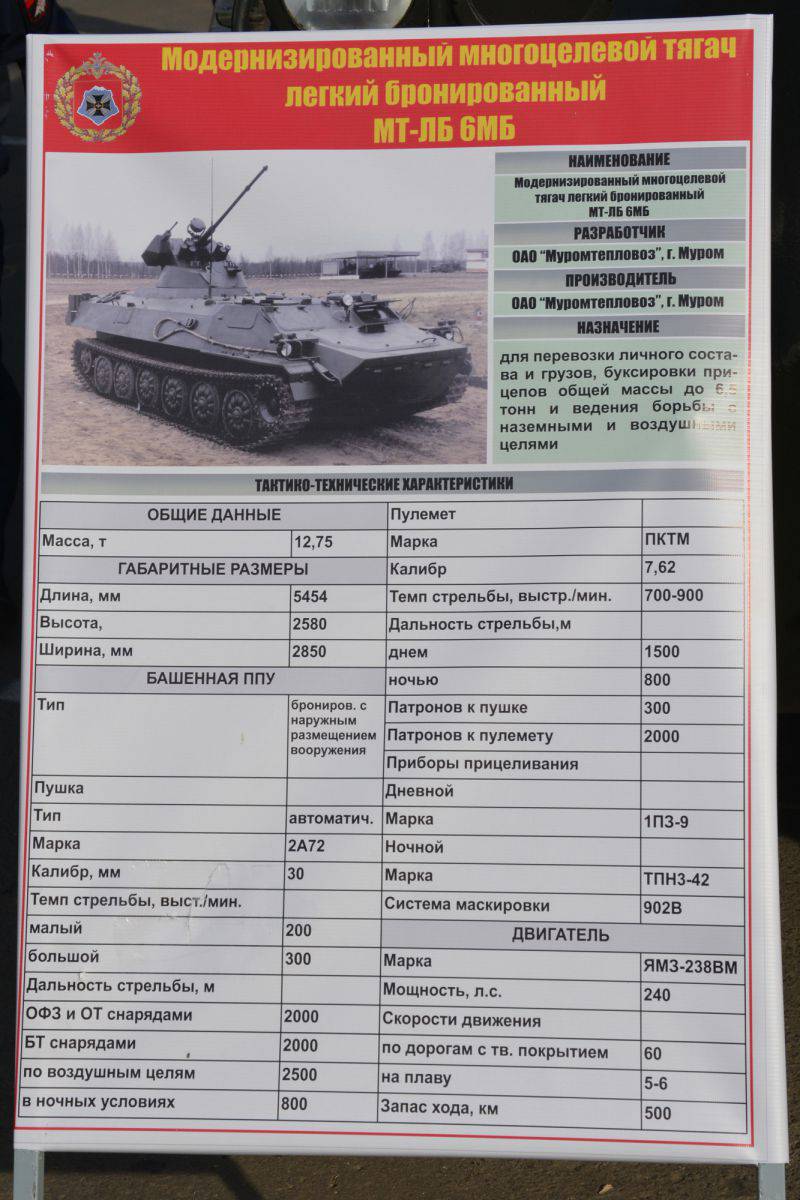