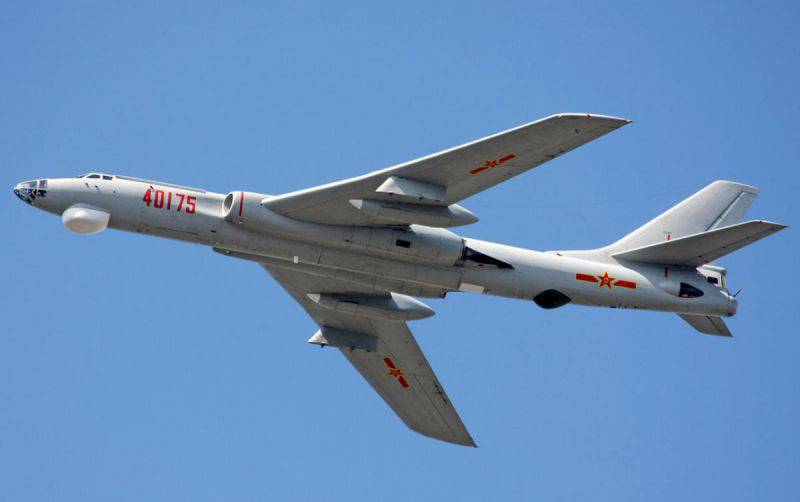 Chinese military expert in the field aviation Fu Kanshao noted that in the past, Chinese bombers had the opportunity to drop only free-falling bombs, they were unable to conduct high-precision attacks. However, according to Fu Kanshao, after the introduction of “own advanced technologies”, the N-6K will be able to carry and launch cruise missiles at land and sea targets, so China will be able to hit several targets on the ground in one operation.

Fu Kanshao stressed that such an ability is necessary for any air force if they are prepared to perform strategic tasks. According to him, H-6K is undoubtedly a valuable asset of the PLA Air Force. Fu Kanshao noted that these planes managed to fly several thousand kilometers in neutral airspace during recent tests and hit a group of targets with highly accurate weapons.

It is noted that the bomber had to use complex maneuvers and tactics in order to overcome the defense of the "enemy" in difficult weather conditions and "electromagnetic resistance." It should be noted that previously only the USA and the Russian Federation had similar opportunities.

Ctrl Enter
Noticed a mistake Highlight text and press. Ctrl + Enter
We are
Nuclear potential of China: history and modernity. Part 1
76 comments
Information
Dear reader, to leave comments on the publication, you must to register.