In the desert and in the jungle: Anglo-American in battles and in ... debate (part two)

October 20 2015
37
As for the actions of the British authorities, as Max Higgins writes about it, the latter have been engaged in the entire war only in order to prevent any attempts to publicly discuss the shortcomings of their armored vehicles, although the whole army was aware of them. Labor MP Richard Stokes, who fought in World War I, put a lot of effort criticizing the government for his attitude to tanks, the doctrine of "carpet bombing" and on many other issues that puzzled specialists. Stokes carefully studied all the characteristics of the English and German tanks - the thickness of the armor, the initial velocity of the projectile, etc., and came to the conclusion that the latter have real advantages in battle over the former. 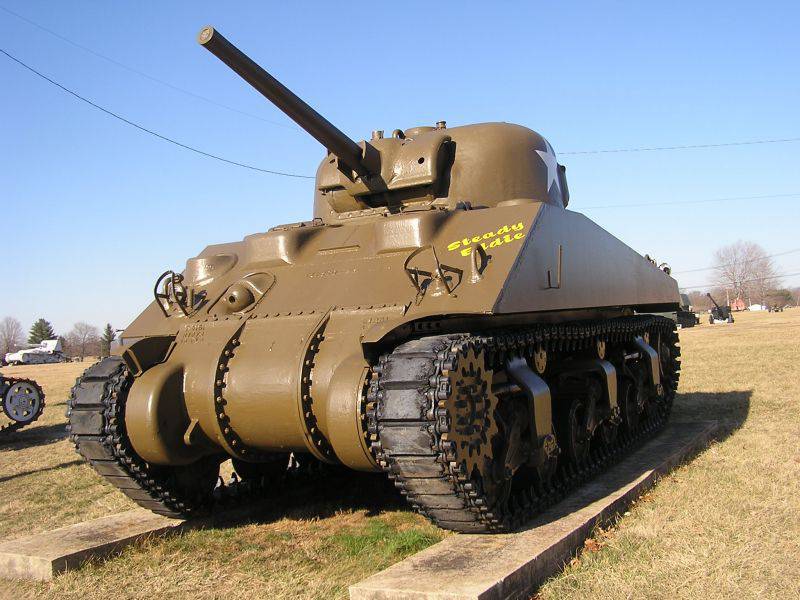 Sherman at the Aberdeen Proving Ground in the USA

30 March 1944, he simply demanded that Churchill and the captured Tiger be brought directly to parliament - to the House of Commons - so that parliamentarians could see for themselves the combat capabilities of each of these machines. The Prime Minister replied: “No, sir. I think that the efforts and expenses associated with this, although not very large, but still significant, to justify the satisfaction of the wicked curiosity of my worthy friend. "

Stokes was helped by a small group of critically minded people. 20 July 1944, Ellis-Smith again offered the Prime Minister to give a detailed answer with a clarification of the indicators of British and German tanks. Churchill replied that, when necessary, the British army would be equipped with tanks, at least on the same level with the armed forces of any other state. 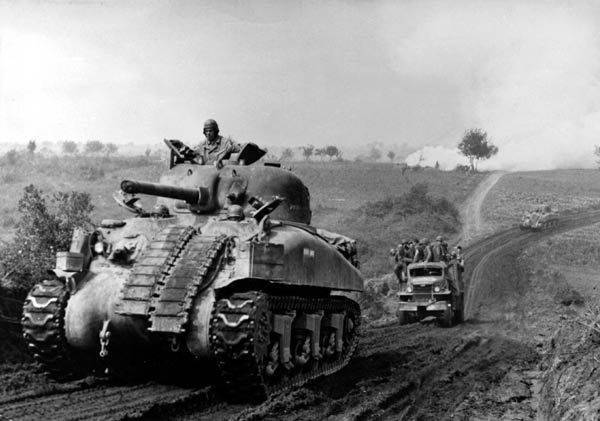 In late November 1942, the Shermans appeared on the Soviet-German front.

Then 25 July 1944, Stokes asked the Minister of War if he could give assurances to members of the House of Commons that in Normandy we were equipped with tanks, at least equal to the German Panthers and Tigers for armor and armament? ”. P. Grigg (Speaker of the House of Commons) avoided a direct answer, arguing that openly discussing these issues is not in the public interest. The “backbangers” loudly protested against such an obvious deception, but could not do anything. In early August, 1944, the Stokes again raised the issue of the presence of deficiencies in the British tanks. Like, as we lagged behind the Germans in the 1940 year, so are lagging behind now. And it disgraces us. 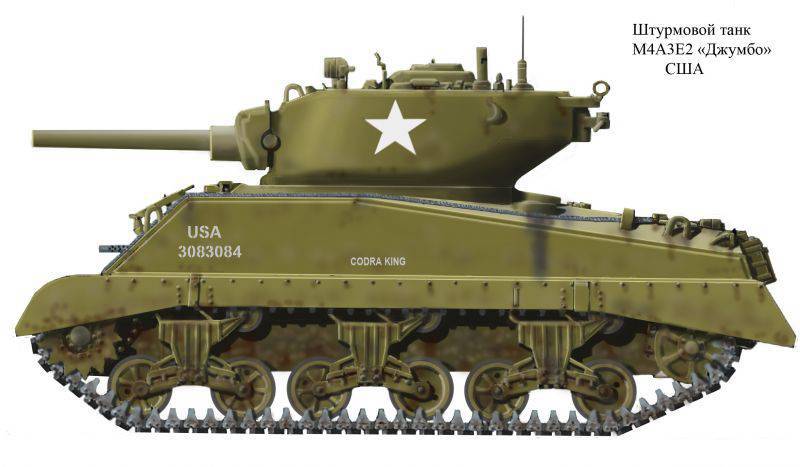 According to Higgins, the British government systematically and until the end of the war constantly lied about the possibilities of the Allies to create tanks equal to the German ones, because in reality those simply did not exist! 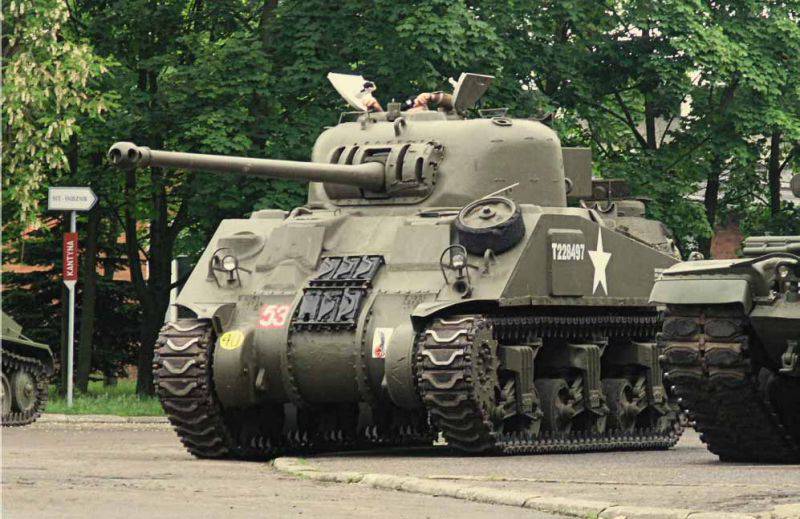 The Sherman Firefly is the best Anglo-American tank of World War II, combining the reliability and maintainability of the Sherman with a powerful 76,2-mm caliber gun.

For Britain, with its 900-year-old parliamentary tradition, it was all fine to discuss. And there is no need to oppose each other "military secrets" and "freedom of information", but only to think about how to combine them with the maximum benefit for society. Indeed, each not eliminated deficiency is a human life, and even not one. And for the British, though not all, it made a big difference. However, in this case, a clearly totalitarian approach to solving all problems on the sidelines prevailed in the higher echelons of power. Then it will cost Churchill the post of prime minister, but at that time he, of course, did not know about it and considered his point of view the only correct one. 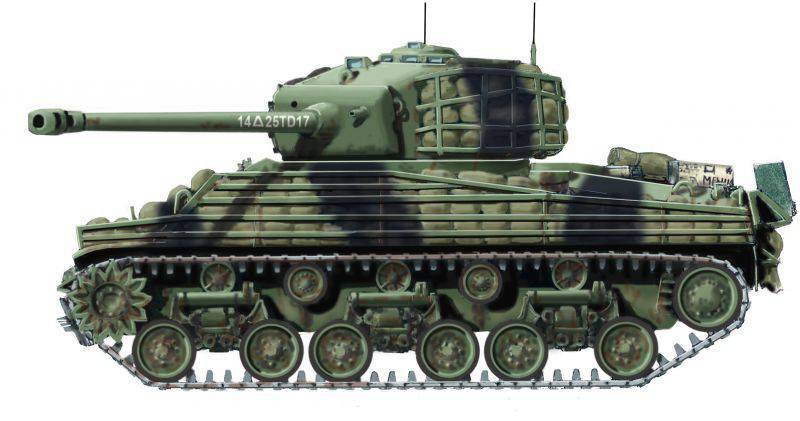 М4А4Е8 "Simple eight". Even this tank crews had to additionally “book” with sandbags, the weight of which reached two tons, because of which the tank sank on the tracks and lost much maneuverability.

True, at the same time - here it is, dependence on the theater of military operations - even if they were not too unsatisfactory in Europe, the tanks of the Americans and British showed themselves from a completely different perspective in the battles against the Japanese troops. Here, in the Pacific, in the jungles of Burma, Indonesia and New Guinea, there was also its own local specifics: lack of visibility among tropical forests, high humidity and intense heat, which significantly hampered the conduct of hostilities for allied tanks. On the other hand, their position was facilitated by the qualitative superiority over the Japanese military equipment, which almost mirrored what happened in Europe. There, the Anglo-American troops won by their air supremacy and the number of combat vehicles. Here, on the side of the same Americans, there was not only quantity, but also quality. 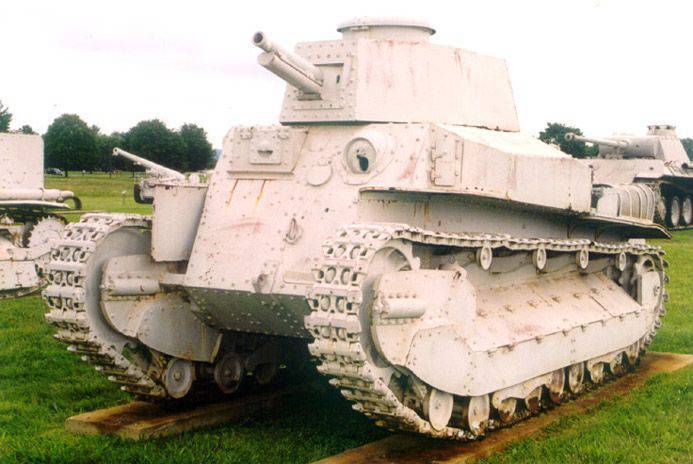 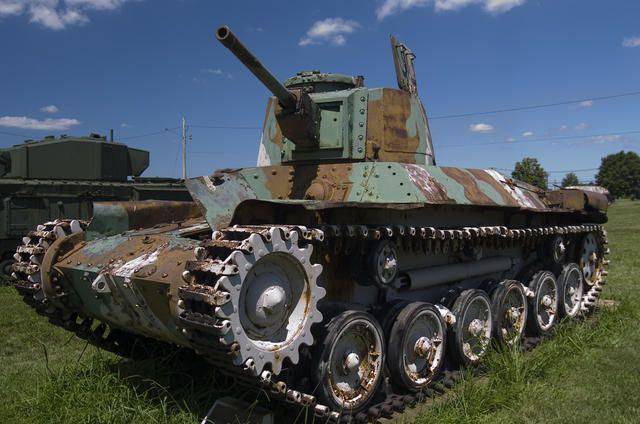 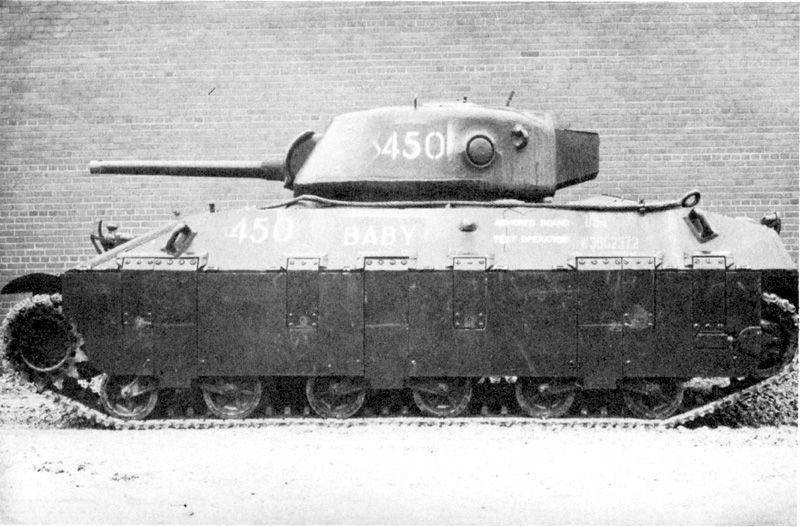 But the American 75-mm MZ tank gun with the 37,5 barrel length of the M4 tank calibers (with all its flaws on the European theater) easily penetrated 50 mm thick armor at a distance of 1800 m, the 2 mm M12,7 machine gun punched 18-mm armor through a distance 350 m. A 37-mm caliber gun on the M3 tank could “overpower” the 48 mm at a distance of 457 m, and the 75-mm lightweight howitzer was able to penetrate the 91 mm armor at any distance (its range of fire was 8760 m). In addition, the American infantrymen had RPG "Bazooka" caliber 60 mm and with armor penetration to 80 mm at a distance of 150 m.

It was not so easy to fight German tanks with their help, but against the Japanese tanks these grenade launchers were quite effective. weapons. 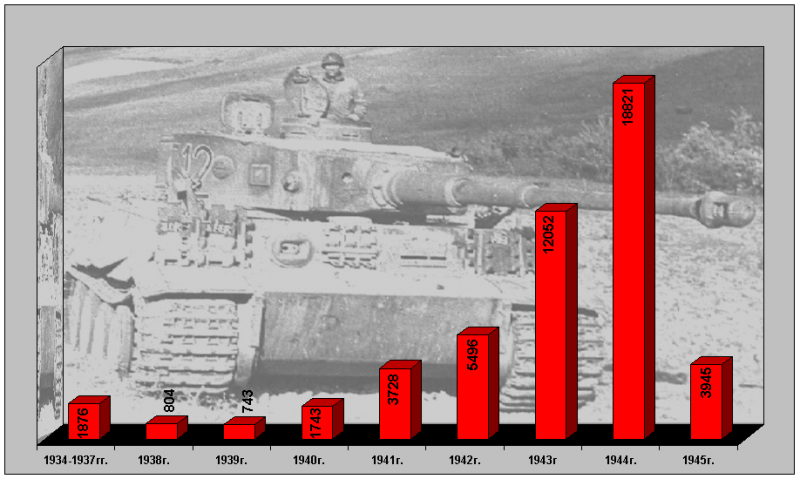 Production of German tanks during the Second World War.

Usually the battles of American tanks against the Japanese ended in defeat of the latter. Therefore, the main Japanese weapons in the fight against them were not tanks or artillery, but rather extravagant methods based on soldiers' wit. However, this was the case with the soldiers of other warring parties. 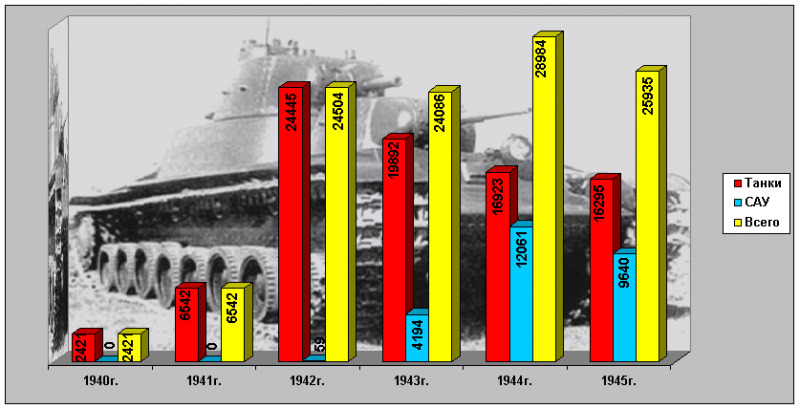 Production of armored vehicles during the Great Patriotic War in the USSR.

For example, the Germans, knowing about the bad visibility from the T-34 tank, tried to blind his crew, throwing smoke bombs on his armor, and then tried to undermine the immobile car with explosive charges or set fire to it with gasoline bottles. An exemplary feature film was shot, in which a gallant German soldier, tied up two smoke grenades with a belt, threw it all, like an Argentine bolas, onto a T-34 barrel and ... then easily “defeated” a smoky tank. The effectiveness of this method can no longer comment, but leave on the conscience of the creators of this educational "cinema". In turn, the Soviet soldiers used trained dog bombers, and the same incendiary bottles. Only not with ordinary gasoline, but containing the Molotov cocktail — a self-igniting combustible liquid based on thickened gasoline with the addition of white phosphorus, in fact — the same napalm, although more primitive types of similar weapons were used, ignited by various clever fixtures.