October 15 2015
40
The frigate "Admiral Grigorovich", built for the Black Sea at the Yantar plant in Kaliningrad, began state tests, reports MIC With reference to the representative of the company Sergey Mikhailov. 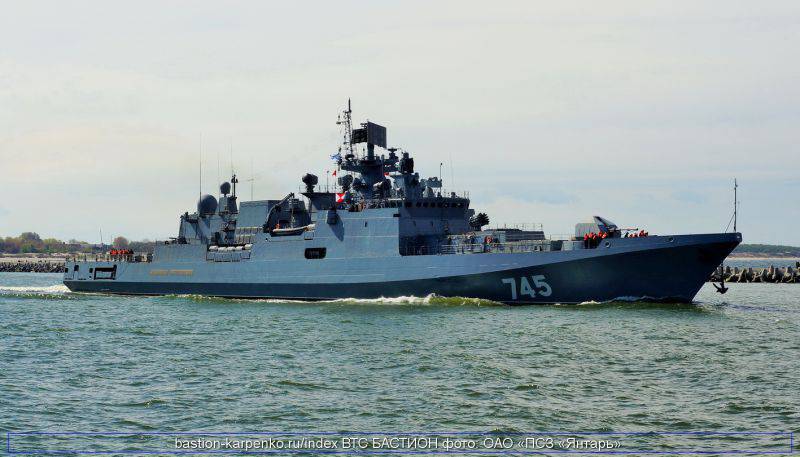 “The frigate is located at the Baltiysk base. On board - the transfer team, crew and representatives of the state commission. The ship is preparing for the first voyage to sea, which will take place on the 20 in October. State tests will last about three weeks, ”said Mikhailov.

He noted that earlier “the ship had successfully completed the program of running trials, during which more than ten exits to the Baltic Sea were carried out, the final one took place on October 3”. The frigate will be transferred to the Navy in November.

"Admiral Grigorovich" - the lead ship of project 11356, laid at the end of 2010, launched in March 2014. A total of 6 ships will be built on the completed project. Same year to be handed over the fleet the second frigate is Admiral Essen.

According to Mikhailov, “Admiral Grigorovich” will be equipped with the Caliber-NK shipborne missile system with the high-precision 3М-54Т cruise missile, the Multi-channel 1 missile system, the Palash anti-aircraft missile and artillery system.

We are in Yandex Zen
"Admiral Grigorovich" returned from the first voyage
In Kaliningrad the frigate “Admiral Essen” is launched
40 comments
Information
Dear reader, to leave comments on the publication, you must to register.