About children's literature in the war did not forget

October 22 2015
8
... March 1943 of the Year - The Great Patriotic War is in full swing. Although the fascists were driven away from Moscow, but our Victory is still very, very far away. It would seem that in relation to children in adults, the main concern is to protect them from death, to feed them and at the very least to put them on. But…


Surprisingly, surprising news spread through the capital: all the 26 kids of March, on Friday, were invited to the Column Hall of the House of the Unions for an unprecedented, hitherto unknown holiday - Knizkins!

From all corners of the huge city, young guests hurried to the celebration: poorly dressed, hungry, thin, but vivacious, joyful. They crowded at the subway stations, in cheerful flocks hurried to the designated place. And at the entrance to the House of Unions they were met by two adults in military uniform: the major, the director of the children's publishing house (Detgiz) Lyudmila Viktorovna Dubrovina and the famous writer Lev Abramovich Kassil in a commanding marine uniform. He was the main inventor of such a gift to children. 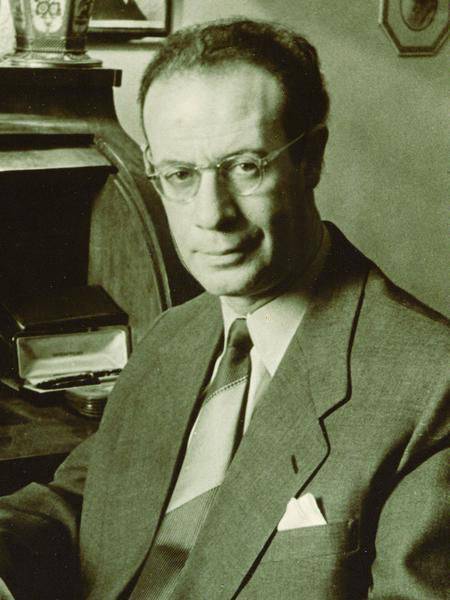 Other famous children's writers, Samuil Marshak, Agnia Barto, Korney Chukovsky, Sergey Mikhalkov and others, also came to the kids that day. Many - right from the front.

At the festival there was no special effects, no music, no fashionable fireworks now - by today's standards, the poor little holiday. But there was something that, in my opinion, is so desperately lacking for today's children: a simple, unhurried, intelligent conversation of adults and children. And there were no fashion gifts either. But before each farewell, each little guest was handed a gray, thin little book of children's poems and stories. And everyone, be sure, did not throw it away, but brought it home as the most valuable treasure. And I also carefully read and stored for many years.

Knizkiny name-day gave a powerful impetus to the publication of children's books. Imagine: in only two years - from 1943 to 1945 - in our country more than one and a half thousand titles of children's literature were published! And what a good literature! “Honestly” by Leonid Panteleev, “Two Captains” by Veniamin Kaverin, “The Son of the Regiment” by Valentin Kataev and many, many others.

But I must say that, in the first two years of the war, the issue of children's books, although extremely small, never stopped completely. They published children's fairy tales, poems, stories. True, other children's books appeared in those years: “Learn to recognize enemy planes”, “What kind of incendiary bombs are and how to deal with them”, “How to make a simple shelter”, “How to give first aid for injuries and burns” ... Of course the publication of textbooks plummeted, it was fully restored only by 1948. But fell, and not stopped completely!

But the war has caused a great loss to the book business of our country. In general, in June 1941 in the Soviet Union there were 220 publishing organizations and about five thousand printing companies. And only in the western regions of the USSR, which were subjected to occupation, more than 43 thousands of public libraries were killed, in which more than one hundred million volumes of books were kept!

But the fascists did not completely destroy the printing business. Books were published, albeit in the most difficult conditions. Moreover, publishing activities were carried out even in besieged Leningrad and in the occupied territories! The partisans set up their own production of paints, poured fonts, and used the back of the wallpaper as paper. There were even cases of the publication and distribution of handwritten books. Of course, the focus of all publications has now changed: fiction was published in much smaller volumes. Although, for example, "War and Peace" during the war years saw two editions. And in 1942, a popular series of brochures on militaryhistorical exploits and commanders: Alexander Nevsky, Dmitry Donskoy, Alexander Suvorov, Mikhail Kutuzov. There was also a series of books about hero-cities (for finding such a book among the civilian population, the Nazis announced the death penalty). And Komsomol memorial books were issued, and detailed, accessible instructions for orientation in unfamiliar terrain, and many technical manuals on weapons. 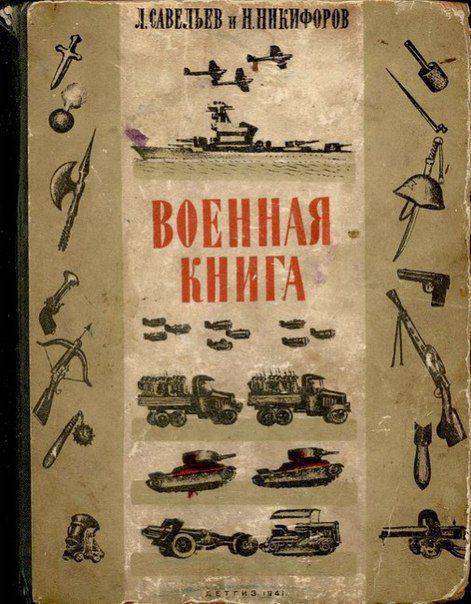 But back to the Knizkin name day.

They began to celebrate (and celebrate so far) every spring, and not one day, but a whole week (this is the second name of the celebration - Knizhkina week). Only once, in the 1945 year, was the holiday moved to October. But he gathered more than thirty thousand young guests. That day famous writers and poets came to visit the children again. But the holiday was not only joyful because the world finally came, but also sad: a significant part of it was dedicated to the fallen masters of the pen. 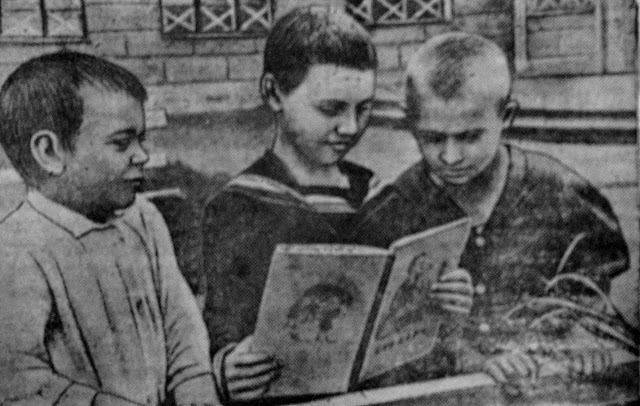 Now read, please, a documentary story that happened in the Lipetsk region. She is a real confirmation of how reverently adults and children treated books during the war years. I would like this attitude not to disappear completely in the coming years, not to supplant it with fashionable computer games and other fun. So…

In the winter evening comes quickly. You do not have time to look around - the last sparkles on the glasses went out and the letters in the book can no longer be disassembled. A candle can not be lit - it is the last, and it is not known when Mom will go to Yelets to buy more, because now he is captured by the fascists.

In the books, Valya Ignatova searched for answers to many questions. True, she had only four books at home: the stories of Leo Tolstoy, “Ruslan and Lyudmila” by Alexander Pushkin, and two collections of Russian fairy tales. And in the school of Ivlevka village, where Valya was studying, there was no library. Here is the teacher, Anna Petrovna, and she decided to arrange reading for her students at home in the evenings. Whoever wanted - came, took the books to his home, or read right there, or asked Anna Petrovna to read out loud.

And she had a lot of books. All large, in old bindings. Many were shabby and worn, and Valya knew: these are the most interesting. Most of all, Valya loved the story of Robinson Crusoe by Daniel Defoe.

Once Anna Petrovna urgently needed to poke her sister in Lipetsk. She did not lock her house. And the boys were told to come, to take books and read for themselves who they want.

But that day the disciples did not come - there was a blizzard on the street of chalk. Only Valya could not sit at home. And as soon as Mom came out of the hut to feed the cow, the girl threw on an old sheepskin coat and ran to her familiar home.

Wow, how cold that evening was outside! As the blizzard swept up, climbing into the sleeves and the collar! But Valya did not give up. She imagined herself as a Robinson on an uninhabited island. And she made a new path to an old hut on the outskirts of their small village. 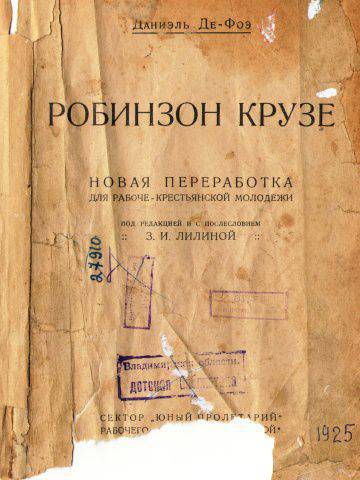 Just before the house of the teacher, Valya stopped - she saw the door open to open. I wanted to shout, but at that moment two strangers in long coats came out of the house. None of the villagers had such coats, Valya knew for sure. So she immediately hid behind a tree and fell into the snow.
People, quietly talking in an unknown language, carried a bunch of objects out of the house. And they went to the forest one after another.

And Valya waited a bit, entered the house and froze with fear. The books that had previously been neatly on the shelves of the old wardrobe were now lying on the floor. But even at first glance it became clear that almost half of them remained in the library. That's it! The Nazis came for the books! But why? After all, they hardly read Russian. And then Valya guessed: the Germans drown books with stoves! Now they will take the "droves" to their headquarters. After all, they came from the captured Yelets or came, it is very close! But they behaved quietly - probably the partisans were afraid. Indeed, in Ivlevka, the fascists did not establish their power, this village remained borderline. But be that as it may, once they took away one part of the books, they will most likely return for the rest.

This Valya could not allow. She ran to the dresser and began to search there for something appropriate in which to wrap books. She found a large sheet and began to fold it. Confused, fell, "Robinson Crusoe" fell out of the hands, revealing. Valya hastily closed the book: let the conqueror of unknown islands float wherever she wants, the main thing now is to save him from the Germans!

In the sheet fit almost half of the books. Another part of Valya folded into the second sheet. I tried to raise the burden - and could not. Then the girl dragged a heavy load. I tried to run, but my legs did not obey from fear and fatigue. Fearing that the books would get wet, she kept trying to pick them up. Nothing came of it. “Rather, well, rather!” She told herself and the books. And they probably obeyed ...

Fortunately, it was not far from the house of Anna Petrovna to Valin. At the gate, an anxious mother waited. Together they dragged the books into the hut. And then my mother took from the bath a big tattered broom and ran to the house of Anna Petrovna. After all, Valya was trailing in the snow, the returning fascists could easily find a brave girl.

A few days later the fascists were driven from Yelets (this was in December 1941 of the year). Anna Petrovna returned home. By that time, the Germans had been there again and carried away the stools on which the guys had previously sat. But the most important value - the books - remained intact.

A few years later, Anna Petrovna distributed them to the children. And "Robinson Crusoe" gave Vale. It is a pity that the names of their teacher Valentina Semenovna did not remember. And on the very book about Robinson she wrote: "Anna Petrovna's gift for life." And she gave it to her nephew Sergey Stankevich, who now lives in Moscow and works, by the way, in a printing company.

For many years, Valentina Semenovna Ignatova worked on the railroad in Yelets, she did not have a family. For a kind soul, colleagues affectionately called her "savior."

Ctrl Enter
Noticed a mistake Highlight text and press. Ctrl + Enter
We are
The ideologist of the Second WorldGreat Victory in Photos
8 comments
Information
Dear reader, to leave comments on the publication, you must to register.