In Donetsk, opened a memorial plaque in memory of the hero Oleg Grishin 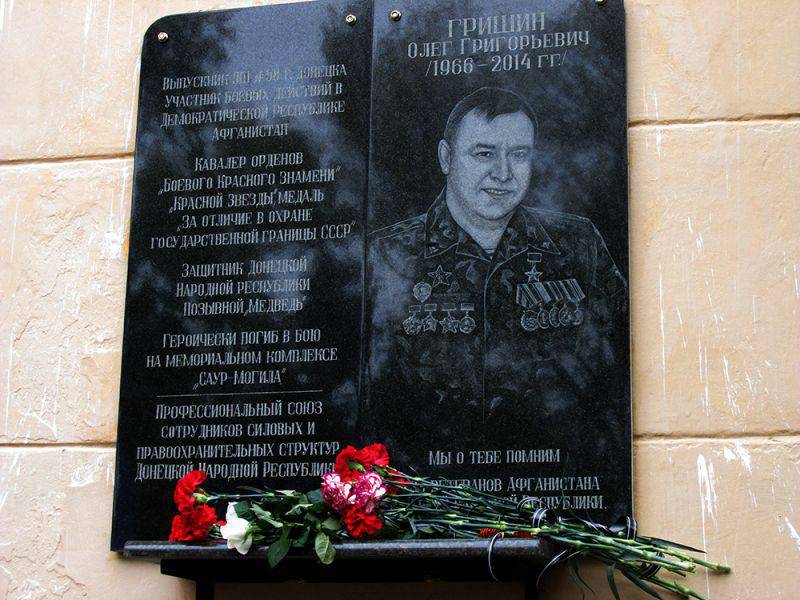 School number XXUMX of the city of Donetsk ... In the courtyard visible funnels from the shells, the walls in some places chipped by shrapnel. The green inscription "Refuge" ... Here, in the Putilovka area, shelters were created for a reason, for the sake of a "tick" - they really saved lives. So this school has already fallen under the shelling of “dill” punishers four times. 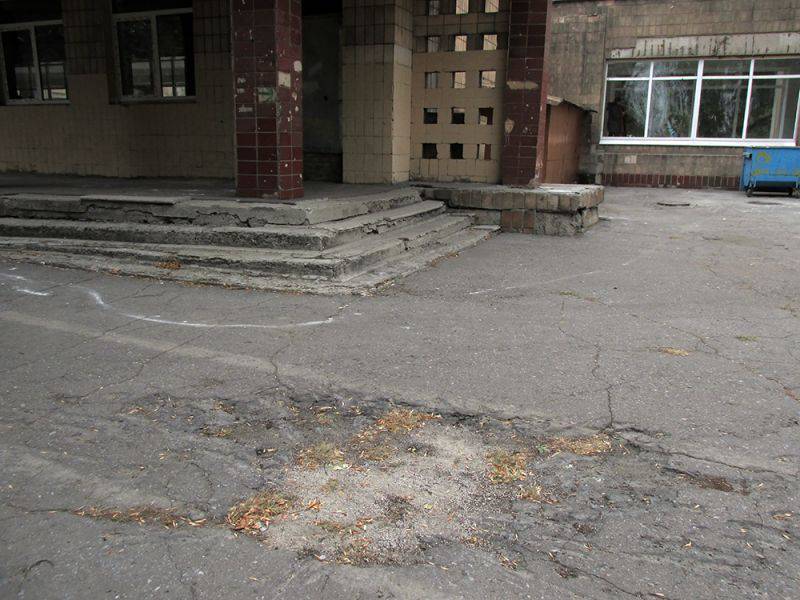 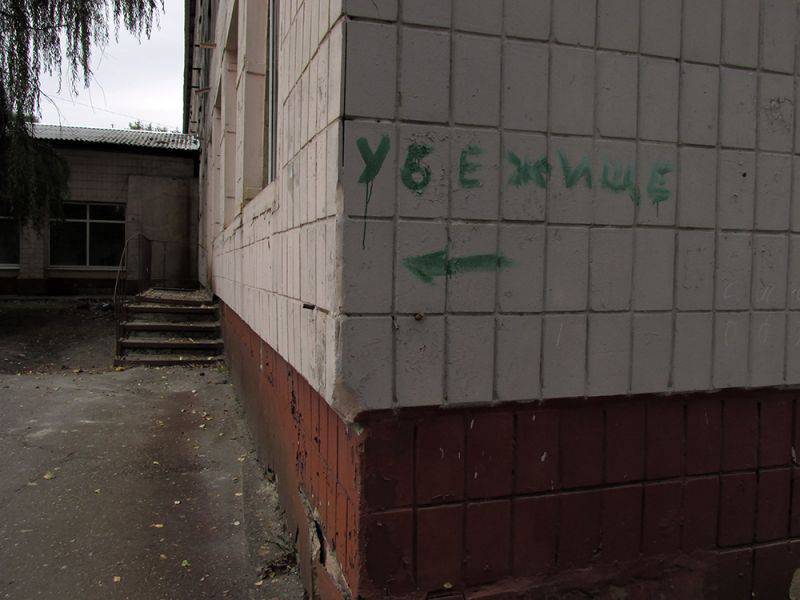 But today, October 14 2015, she is no longer a school of martyrs, but a school of heroes. Because Oleg Grishin, the call sign “Bear”, studied in it. The one who defended Saur-Grave in the face of superior enemy forces. Which, when the situation became close to hopeless, caused artillery fire on itself. Previously, this had to be read only in books about the Great Patriotic War. And today, students of the school damaged by shelling stand in a line, hold flowers in their hands, and a small memorial to a new hero opens in their eyes - the hero of Novorossia. 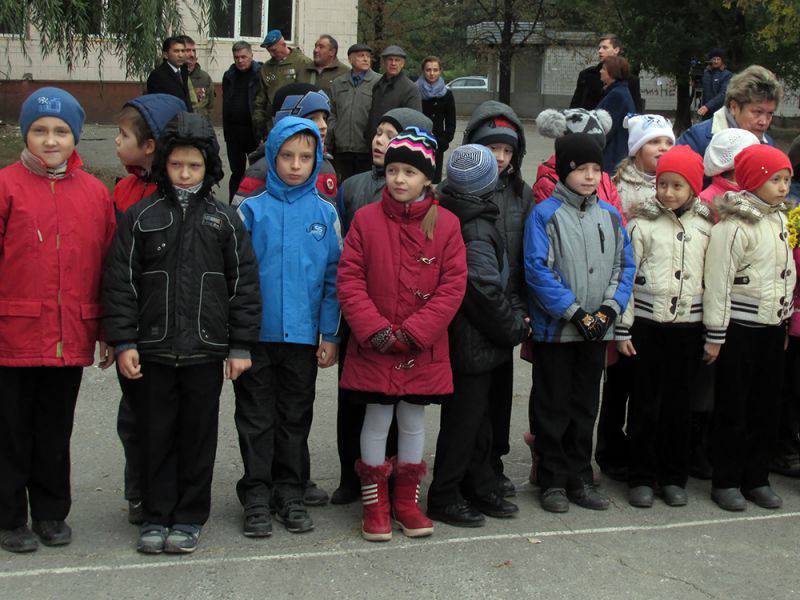 From the speakers comes the song "Where the Motherland Begins." It is incredibly appropriate here and now. Because the path of the hero, the path of the patriot begins exactly here - from the school threshold, from the picture in the letter. Or maybe even earlier. It is difficult to say exactly when a person learns what it means to protect the Motherland. On these steps, Oleg Grishin once hurried to his lessons. 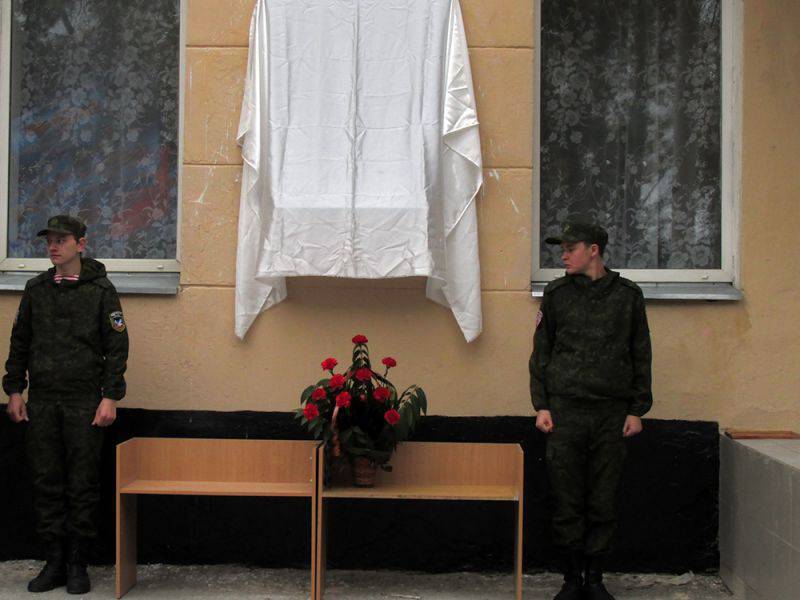 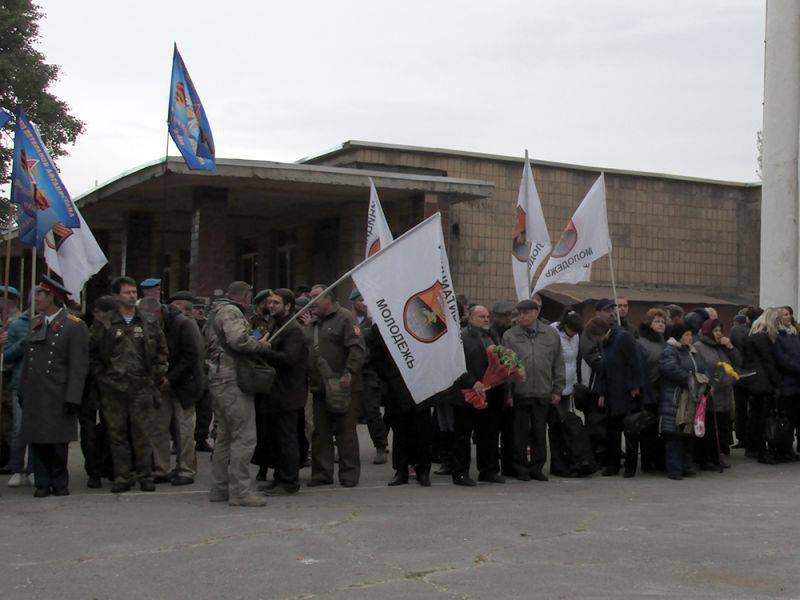 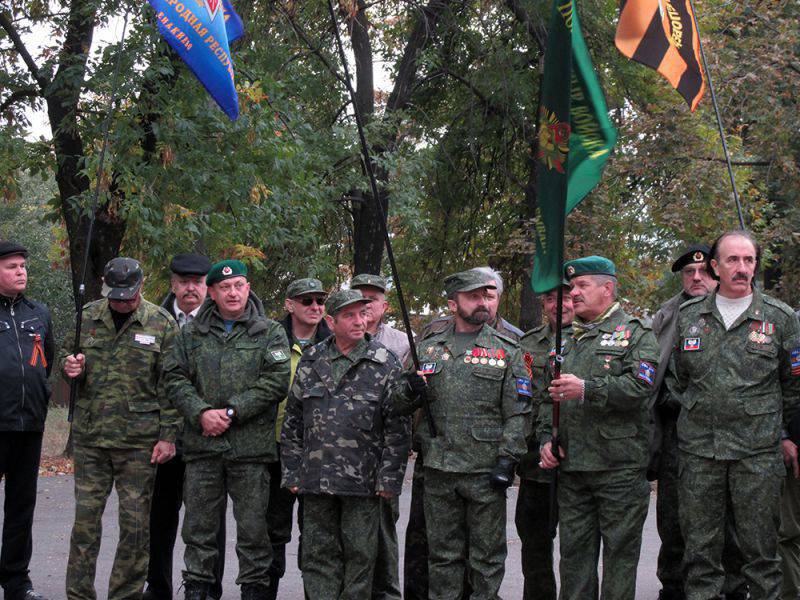 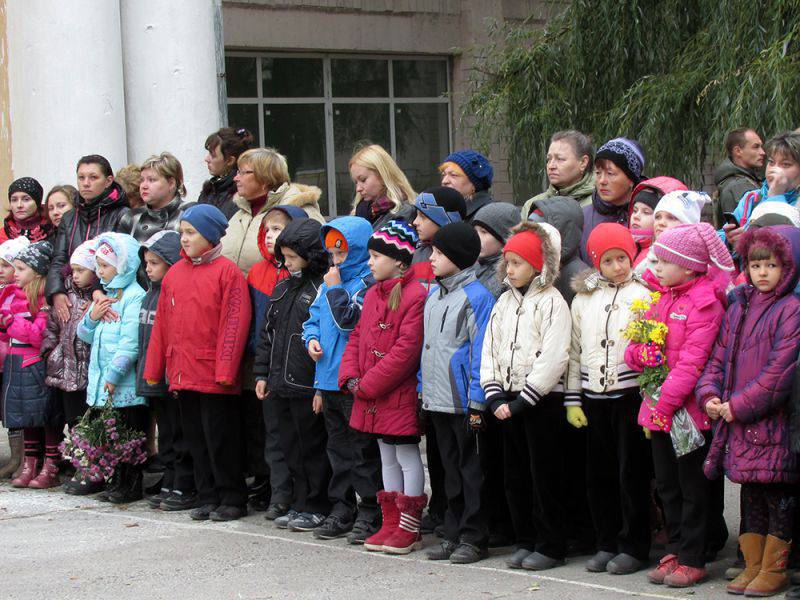 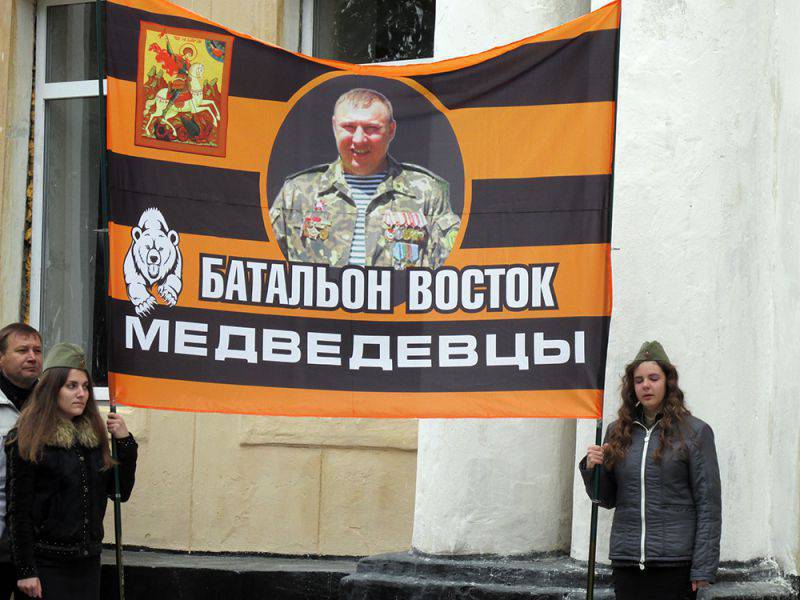 Head of the Republic Alexander Zakharchenko arrived at the opening of the memorial plaque. “Donbass is an amazing land on which people are born, able to withstand any threat and protect their land,” he addressed the crowd. 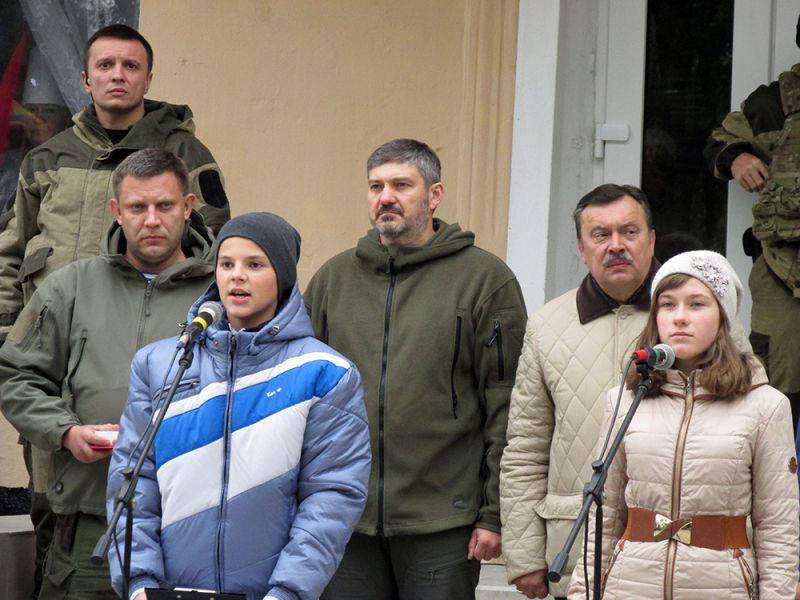 The head of the young state stressed that Oleg “with his own life defended this height (Saur-Grave), ensured a successful offensive and defense, thus saving the lives of hundreds of children. And most importantly, he showed that the spirit of Donbass cannot be broken by anyone. ” 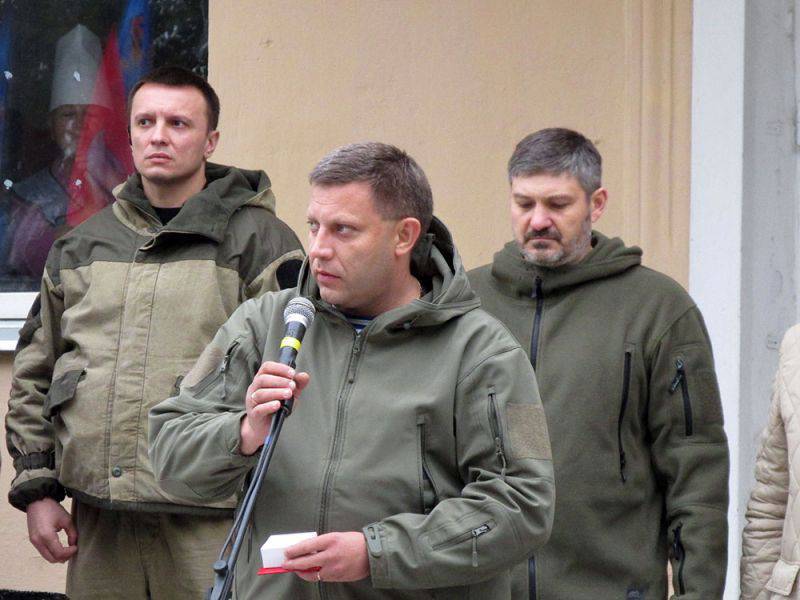 Alexander Zakharchenko, to the applause, presented Oleg's widow, Tatyana, the husband's award - the gold star of the Hero of Donetsk People's Republic. Tatiana, in turn, stated that her husband defended the Motherland and her family, performed her duty, showed an example of courage. 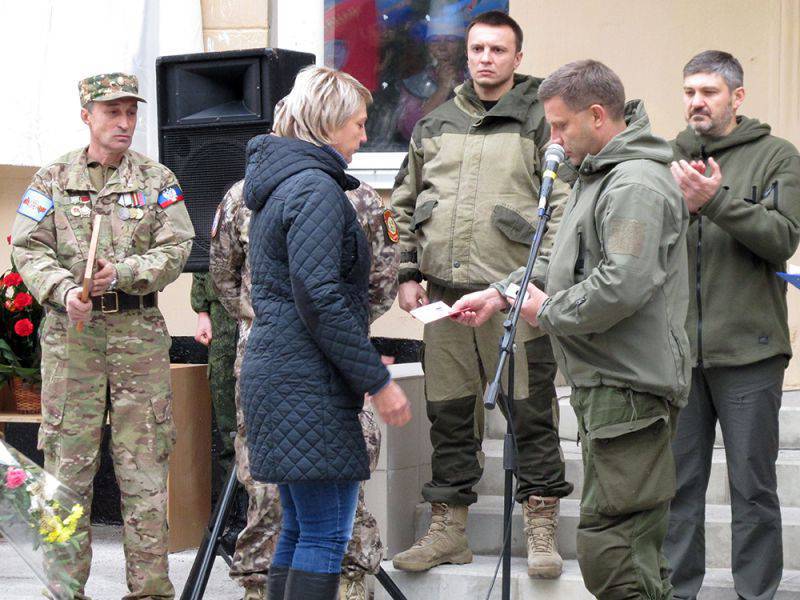 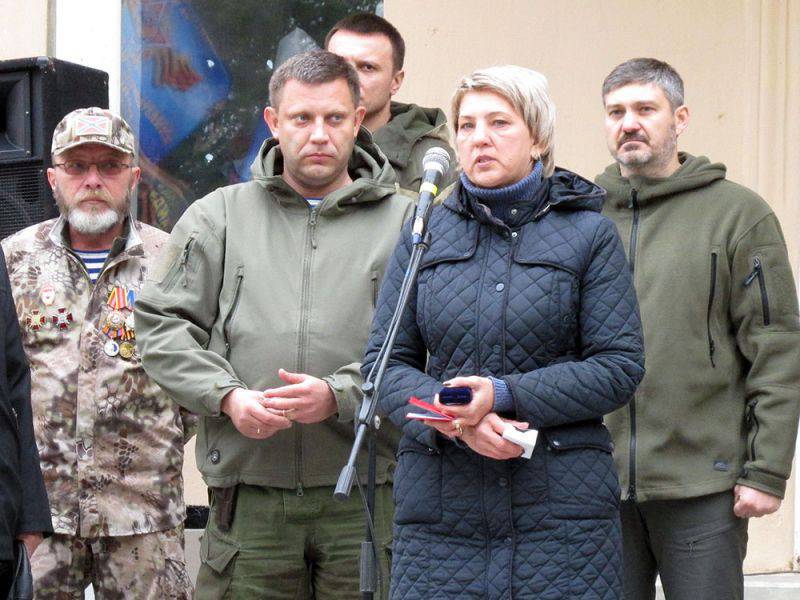 After the plaque was opened, the head of the DPR laid a basket of flowers to it. 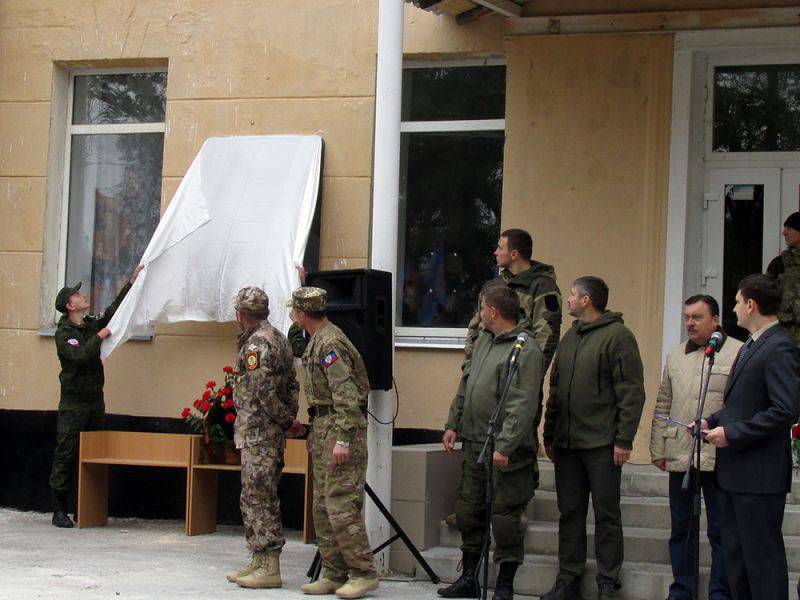 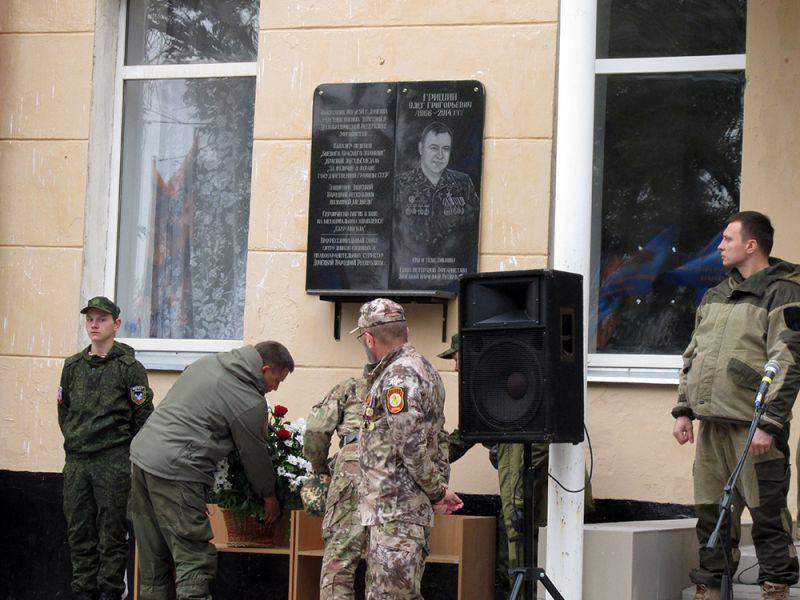 It was particularly symbolic to everyone that at this very moment the sky burst out with rain, as if mourning for Oleg and all those who would not return home. 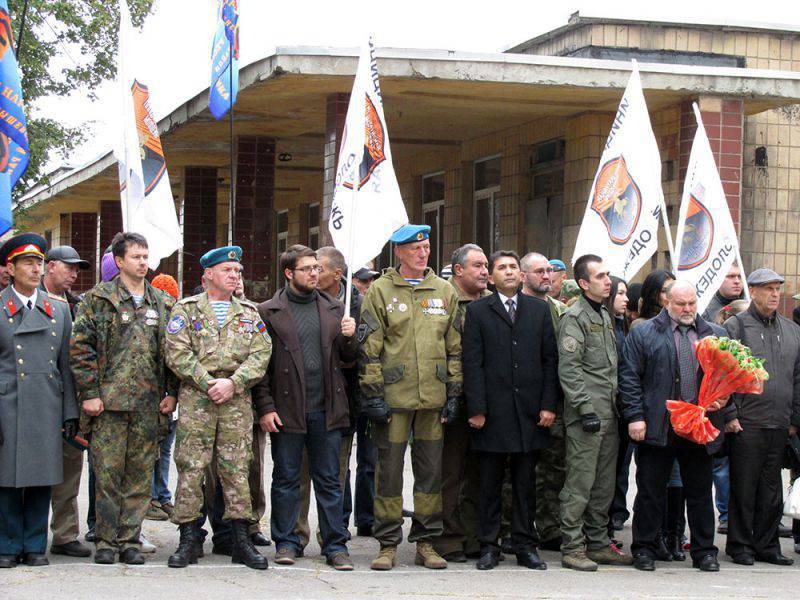 The soldiers of the platoon "Bear" of the battalion "Vostok" donated a banner in the form of St. George ribbon to the school. On this banner are the signatures of the fighters - those who fought on the Saur-Tomb. Some of those who signed there, unfortunately, are no longer alive. 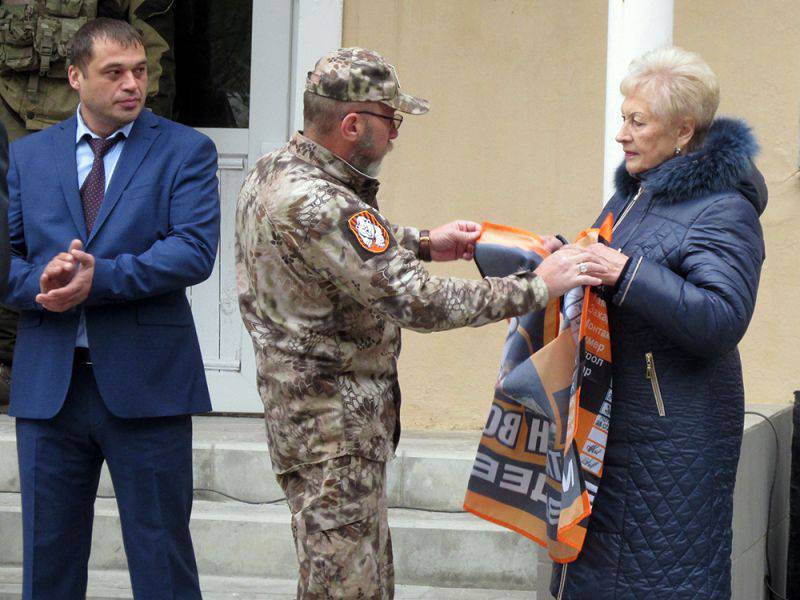 The school plans to create a museum of Oleg Grishin, and this relic will be stored there.

DPR singer Oleg Wind sang a song in memory of the fallen. 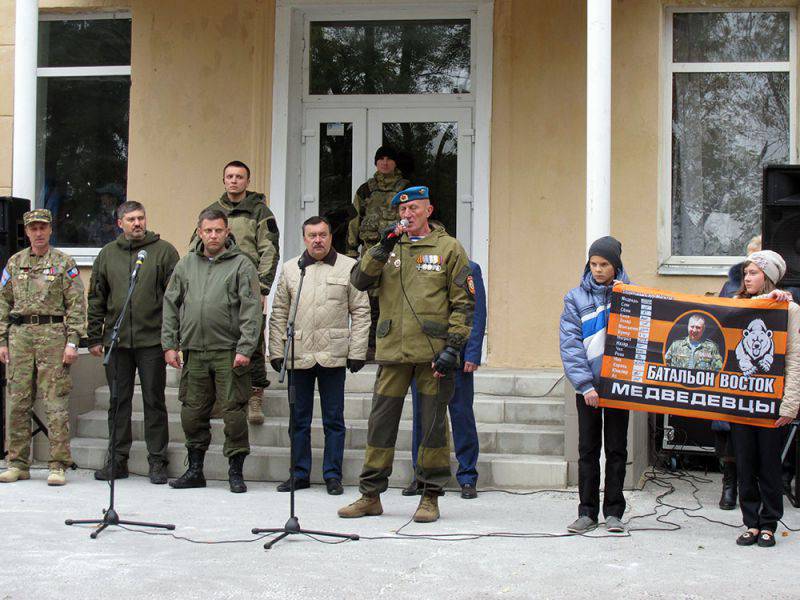 Deputy of the People’s Council of the Republic Yury Sivokonenko in his speech said that all this is necessary not dead, but alive. “We will do everything to ensure that families of warriors who have laid down their heads live decently. Blessed memory to Oleg. We will always remember him, ”said the deputy. 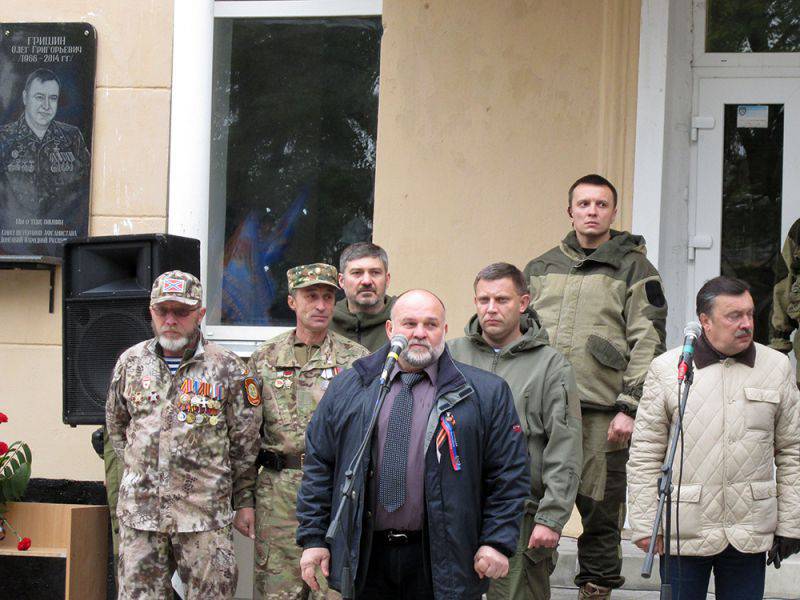 All those who had flowers in their hands laid them on the new memorial. 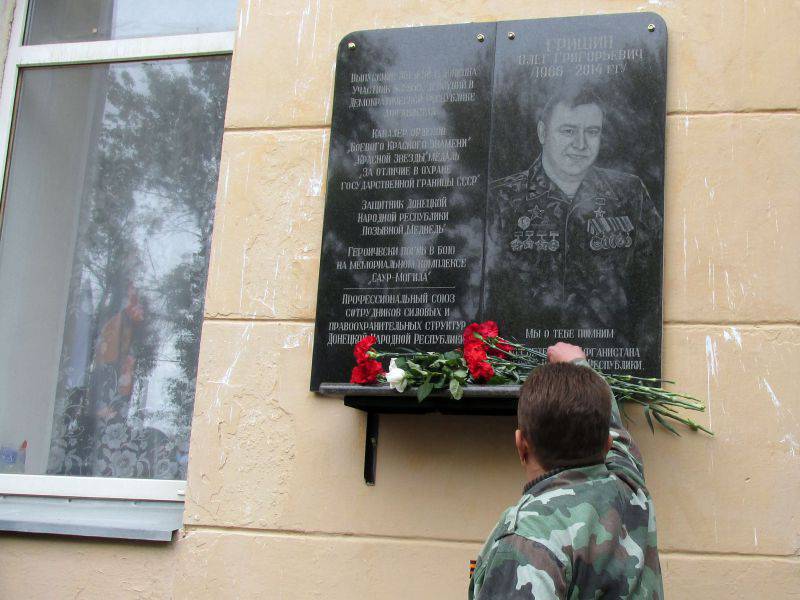 After the sad celebration, the schoolchildren went to the lessons along the steps chipped by shrapnel. We went to our wounded school, where, despite everything, classes continue.

Ctrl Enter
Noticed oshЫbku Highlight text and press. Ctrl + Enter
We are
Memory sake. In the Donetsk Museum of the Great Patriotic War, a diorama of the battle at Saur-Grave openedWinds over Saur-Grave
Military Reviewin Yandex News
Military Reviewin Google News
10 comments
Information
Dear reader, to leave comments on the publication, you must to register.