October 15 2015
92
The Belarusian elections allowed to reveal a lot of pitfalls and at the same time became a reason for cautious optimism, convincing many skeptics about the outlook of Alexander Lukashenko. One of the positive moments is the absence of a split in society and at least a cautious attitude towards the opposition. And Belarus successfully defended the title of the main Russian outpost in Eastern Europe. Let's try to figure out why. 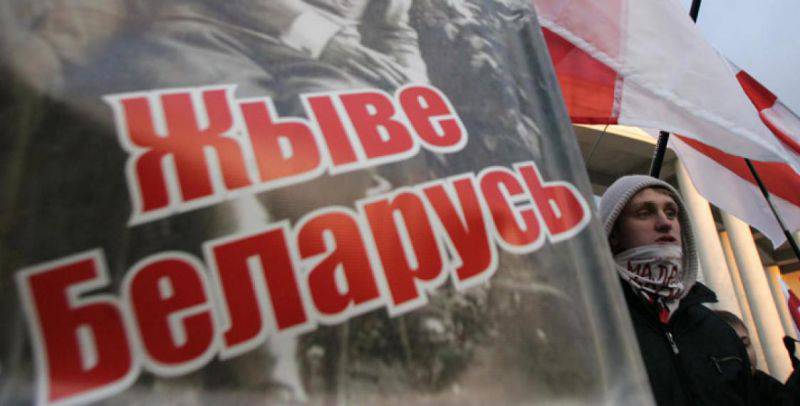 I think everyone remembers the events of 2010 of the year, when the Belarusian “Maidan” was very well organized and held. He did not achieve his goals, but showed that, according to American foreign policy manuals, it is quite possible to bring several tens of thousands of latent oppositionists to the main square of the country and try to “stir up” something. Fortunately, times are changing, as the current situation shows.

The Maidan-2015 was planned along roughly the same method: the alleged discontent of the population with the “dictator”, the objections of the “society” against the military alliance with Russia and the fundamentally wrong power structure organized by Alexander Grigorievich. But he didn’t catch the audience well - there weren’t people in principle, except for a couple of dozen activists, whose speeches died out before they started.

What is striking is that Europe, apparently, fed up with American pressure, not only did not react to the election results with restraint, but also canceled the effect of sanctions against the Belarusian authorities for 4 month. This is a precedent equal to that in modern stories the country has not yet existed, and it says a lot about the increased sociability of the EU (did it really see the light?).

How to live and cooperate with Belarus further

I will not go through the minuses of Lukashenko and the minuses of a very peculiar form of government in the Republic of Belarus. I just want to note that, despite some costs, it allowed preserving the Soviet legacy better than in other former Soviet republics, as well as forming a post-industrial society without destroying the traditional way of life of the economy. I would like to note a slightly different point, which for me just a couple of months ago would be somewhat unexpected, - the unequivocal positioning of the President of Belarus as an ally of Russia.

Perhaps my words sound strange, especially against the background of the recent statements by Batka about Russian air bases, the existence of agreements on which he definitely denied. Nevertheless, it is necessary to recognize the obvious: no matter how cunning and two-faced a politician Lukashenka was, he is at the same time a pragmatist, able to look at several moves ahead. And he understands very well - if you quarrel with Russia, if you seriously make friends with the West and lose all the preferences for the purchase of oil and gas, if you lose powerful economic support for your neighbor - Belarus will be in the same defenseless situation as Ukraine now, and over time will turn third world country. And this will be fraught primarily for the president himself - then for once, the eternal pro-American opposition will be right.

Once again: everyone who claims the hostility of the Belarusian politeness towards Russia is trivial to look at the components of the budget of the Republic of Belarus, which is formed due to mutually beneficial cooperation with the Russian Federation. The only difference is that the Russian Federation can afford to live without Belarusian milk and tractors, and the Republic of Belarus without Russian energy carriers and annual loans will be bent very quickly. And that is why Lukashenka in the foreseeable future will not take any anti-Russian steps that may affect relations between the two countries.

Even fraternization with Poroshenko and the recognition of the Ukrainian authorities by Belarus, even soft games of independence can be viewed as part of a complex geopolitical game in which Lukashenka and Putin act together, only the latter is in its place, and the first is under cover. On the one hand, Belarus serves as a buffer zone between Europe and Russia, and on the other hand, it is becoming increasingly integrated into the Eurasian Union and various defense projects in the CIS.

Talking about Belarusian youth is a separate conversation. The fact that she is partly keen on anti-Russian rhetoric is completely fixable. And here, I think, it is quite possible to put pressure on the Father - no matter what he plans, and the degree of this very rhetoric in the country can and should be reduced. No matter what they say, Belarus and Russia will stay together for a long time, and nothing can objectively prevent this.

PS Please consider this article as my personal opinion. I do not pretend to be the ultimate truth, but I hope that my arguments will seem rather convincing to you. Thank.

We are in Yandex Zen
Lukashenko gave a detailed interview to Russia Today journalists
Russian army for 2020 year (optimistic view)
92 comments
Information
Dear reader, to leave comments on the publication, you must to register.