October 18 2015
8
Today in Iran, in the presence of the head of the Ministry of Defense and the support of the country's armed forces, Brigadier General Hussein Dehkan, the production line of the modern torpedo "Val-Fajr" has opened.


Speaking at the opening ceremony of the production line, Dehkan said that the main priority of the military department is to provide and equip the Navy for the army and the IRGC with the newest and most powerful weapons, so that, as the commander-in-chief of the armed forces of the Islamic Republic of Iran stated, able to guard the sea borders and break any attempts of aggression against Iran.
Speaking about the combat characteristics of the Val-Fajr torpedo, he added that this torpedo is smart, has high speed and a powerful warhead that can hit any enemy naval objects in a matter of seconds.

Continuing to describe the characteristics of the torpedo, in particular, its features of difference from other models in service with the Navy, Dehkan added that the short period of driving the torpedo into combat readiness and its preparation for launch makes the Navy capable of rapid response.

He also noted that the world still had to hear the signal from Iran that it would fall upon any threat with all its might, and not one law and more than one resolution couldn’t limit it. What is most important, the general stressed, is the belief in ensuring the security of Iran.

The commander of the Iranian Navy, Rear Admiral Habibollah Sayari, thanked the Defense Ministry for equipping the navy with the latest types of weapons, saying that among the weapons that contribute to increasing the power of the BM are submarines, and torpedoes are the most effective weapons submarine.
The rear admiral added that the torpedo "Val-Fajr" has a large radius of action, greater accuracy and explosive power.
He also added that the torpedo can also be launched from surface objects, and can accurately hit enemy ships.
http://russian.irib.ir/news/iran1/item/262053-в-иране-открылась-линия-производства-торпеды-валь-фаджр

From myself I will add to the official report that the new Iranian torpedo "Val-Fajr" is another fruit of the active military-technical cooperation of Iran and the DPRK, which continues from 1980x. As you can see from the YT-534 torpedo index, the UW1 is a new modification of the North Korean torpedo PT-97W (YT-534W1), whose production has been localized in Iran.
I also want to draw attention to an interesting video with the launch of this torpedo from the Iranian mini sub-Qadir, which also goes back to the North Korean project.

Photos from the agency IRNA 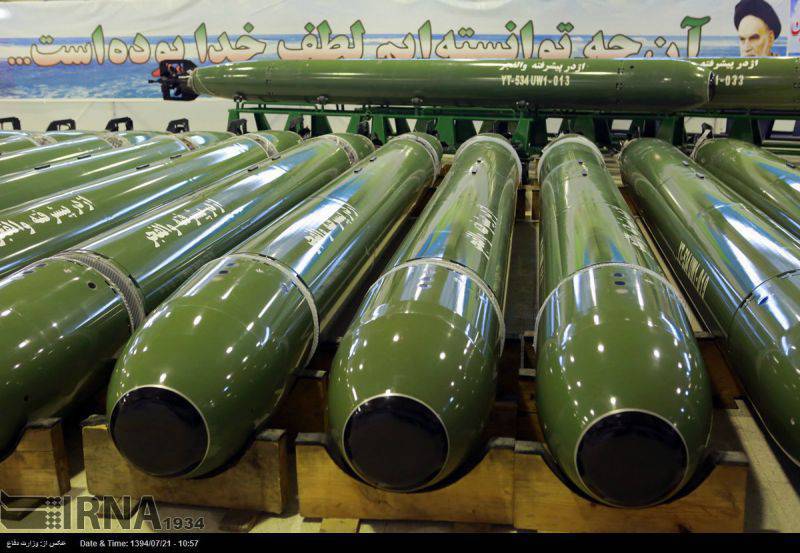 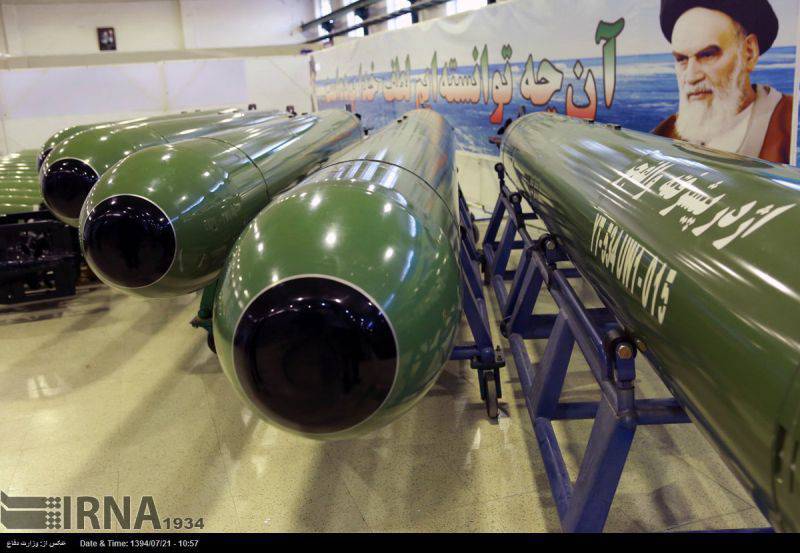 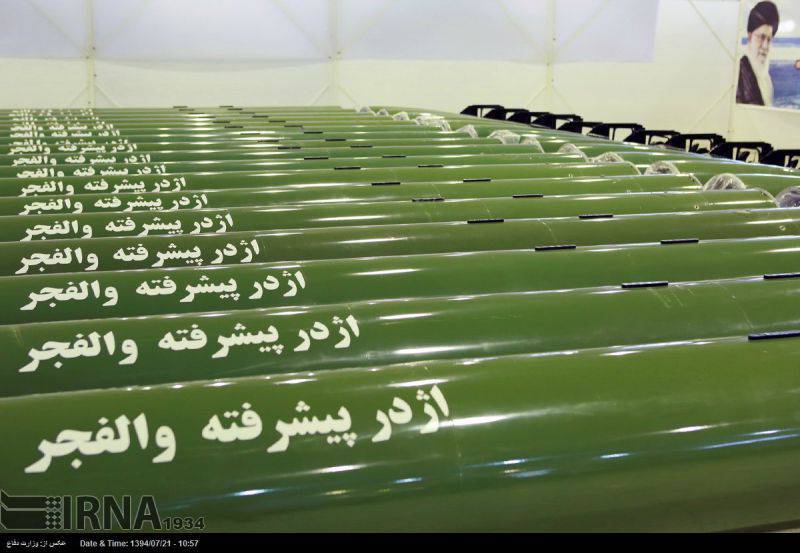 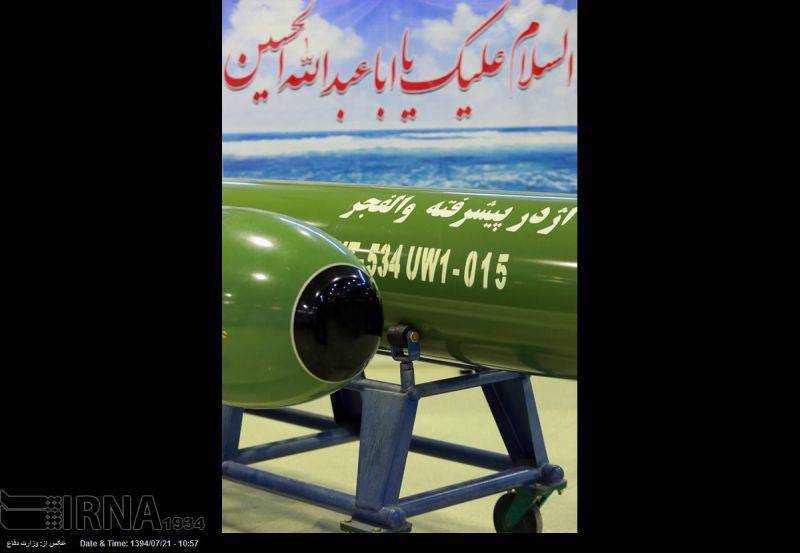 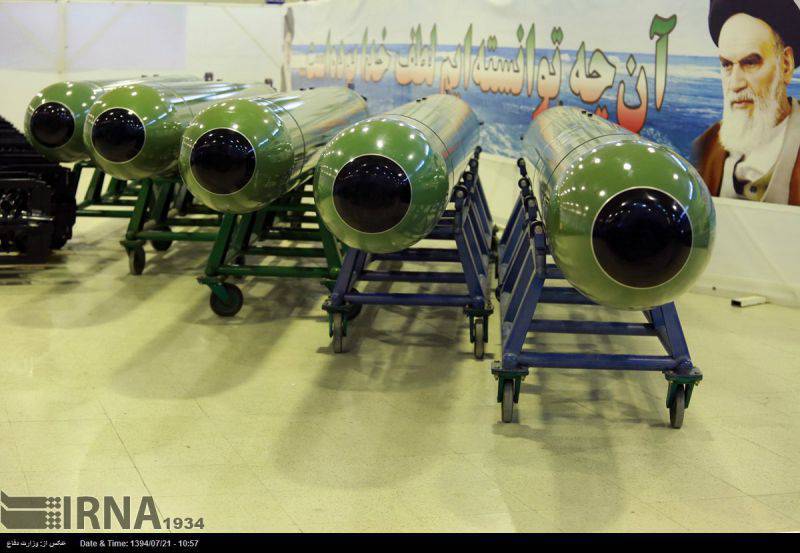 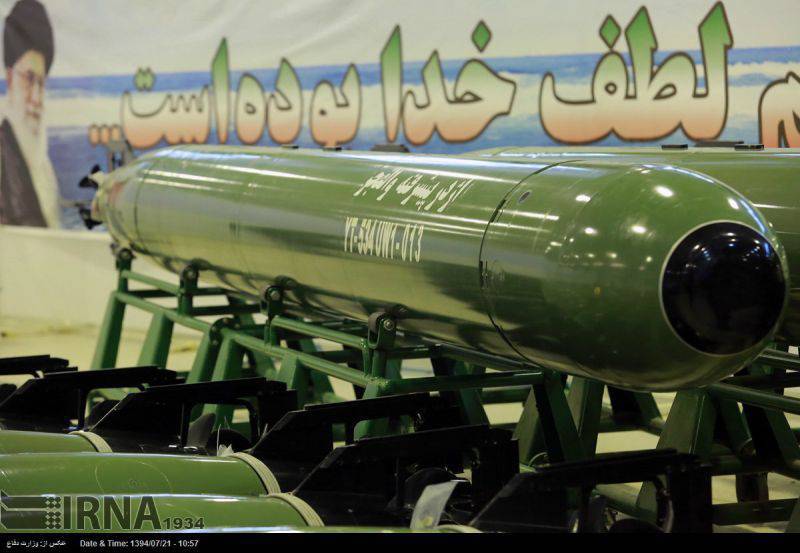 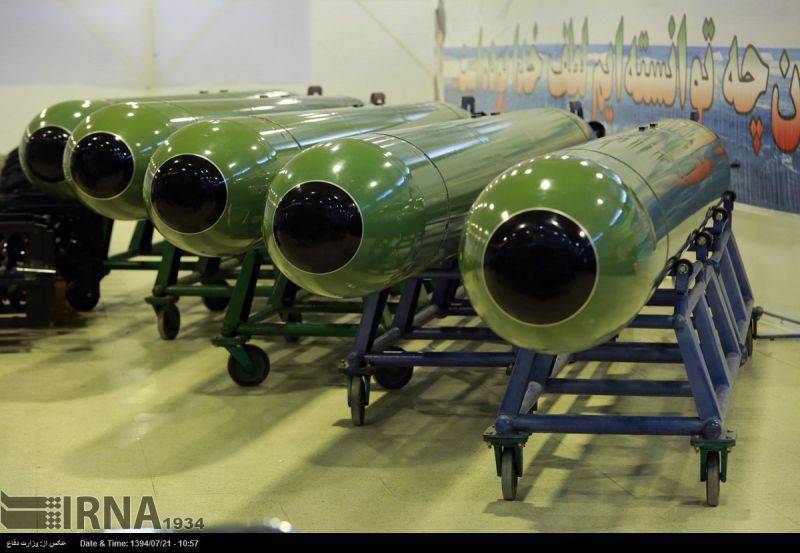 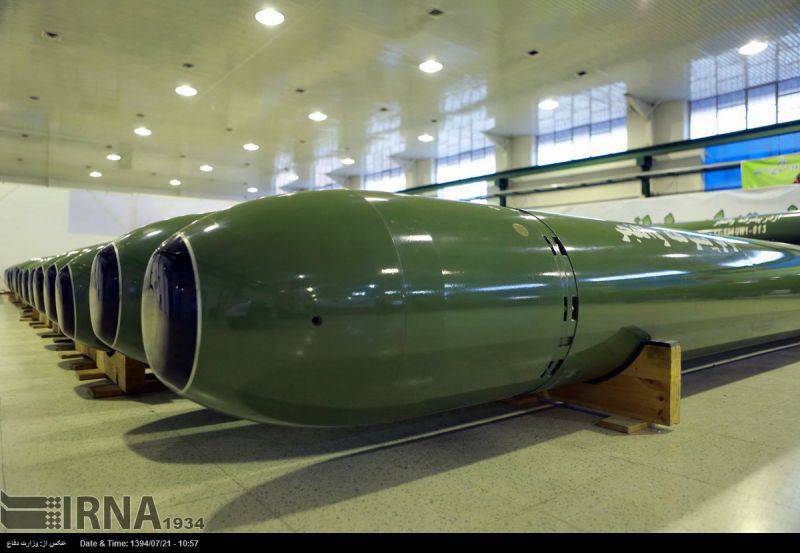 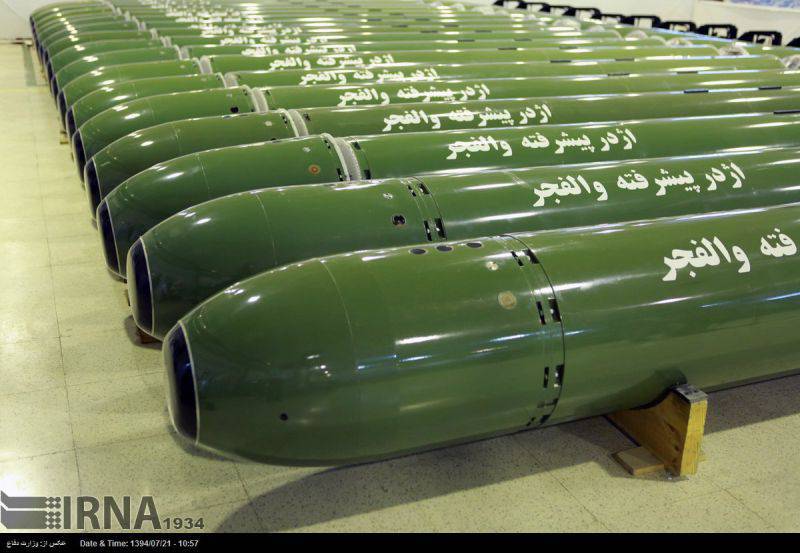 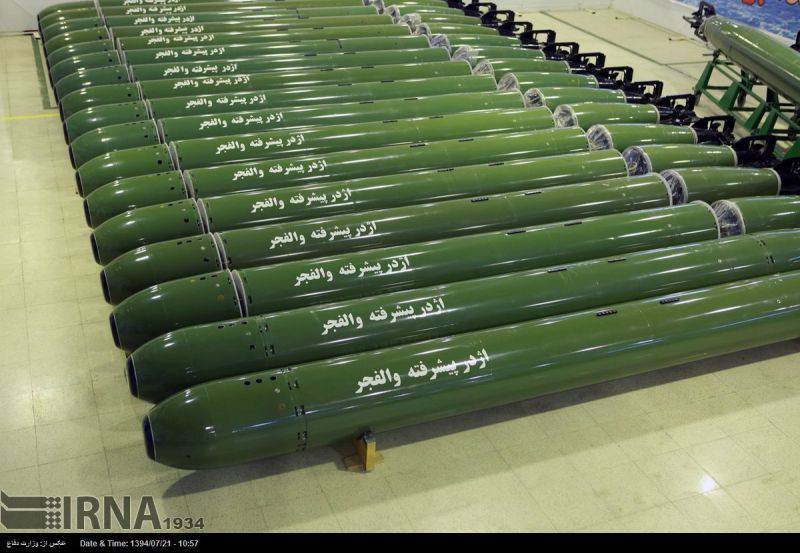 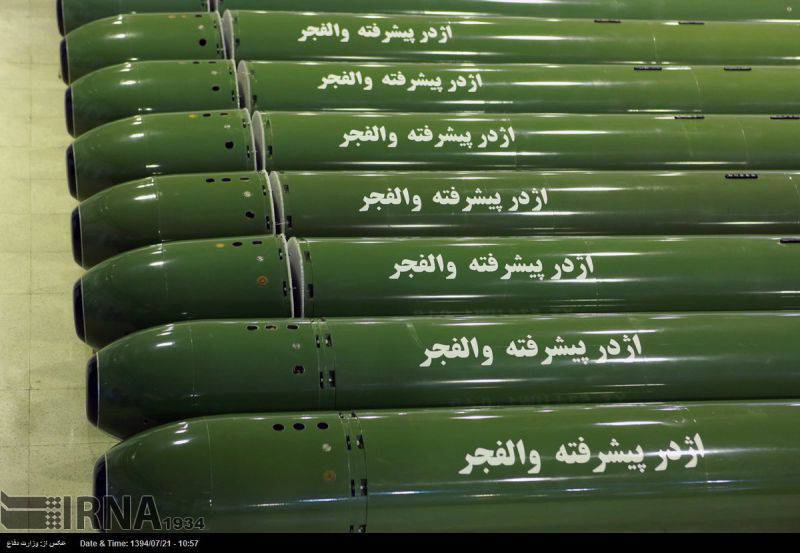 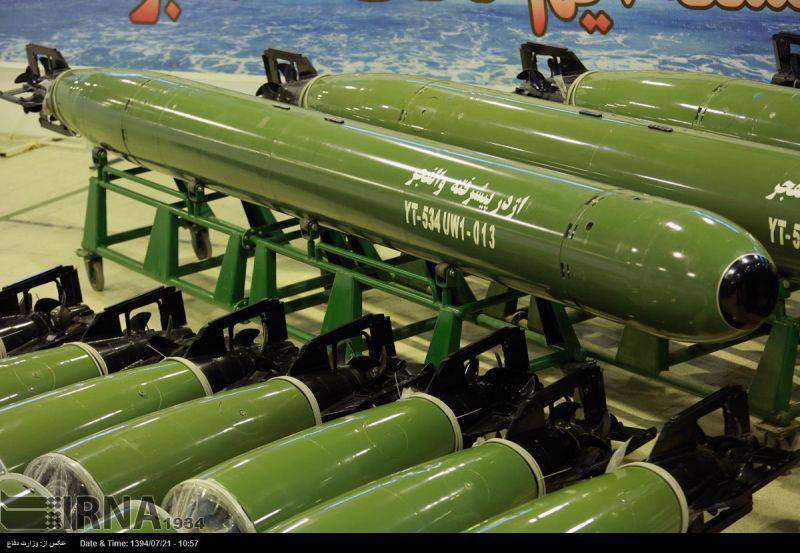 We are in Yandex Zen
Jet torpedo RAT-52
Torpedo 53-39 and its modifications
8 comments
Information
Dear reader, to leave comments on the publication, you must to register.