Who is instead of Obama?

October 15 2015
25
In politics, nothing happens by chance. In big politics all the more. The coming to power of President Barack Obama in 2009 was the result of a consensus of financial elites that in reality determine US domestic and foreign policy. The same elite eight years earlier brought Bush Jr. to power, who was ordered to start wars in Iraq and Afghanistan. Miscalculations in such a “cowboy strategy came to light pretty soon. As it turned out, the current America, in contrast to the American 1940, is no longer able to wage two wars at the same time. All mistakes were written off to Bush, and they quickly removed him, and Obama came to the forefront, gleaming with a snow-white smile, who was faced with the task of curtailing the immediate American presence in the conflict zones without losing control of them. 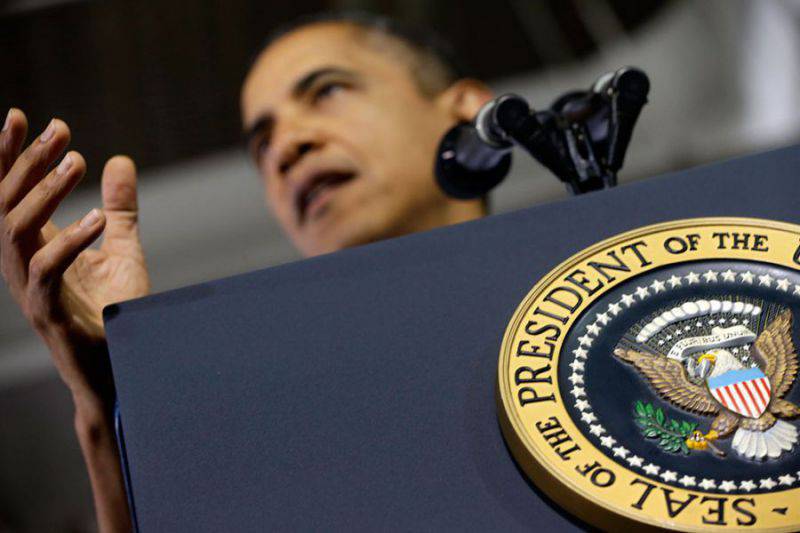 The second fundamental foreign policy goal was to re-create a system of global dominance in a format that would practically exclude the direct participation of US forces in direct conflicts or would reduce such participation to a minimum. Under Obama, emphasis was placed on the widespread incitement of regional clashes through illegal regime changes, territorial disputes, as well as the deepening of interethnic and religious contradictions. As a result, a relatively stable world turned into a solid battlefield with completely unclear prospects. Achievement worthy of the Nobel Peace Prize!

Spent a thousand times smaller amounts of money on provocations and coups than on direct military invasions, and in this sense Obama turned out to be an “energy-saving” president, although history his country, he clearly will enter a very ambiguous person. Many US citizens do not like the current head of state for quite objective reasons. His narcissism, habits and inability to articulate his thoughts clearly have long been the subject of ridicule. Separate dislike deserved his health care reform and flirting with sexual minorities.

And yet now the foreign policy has come to the fore, where the costs of “controlled chaos” are visible to the naked eye, including simple people in the street. The host of the White House is criticized, for example, because it does not in any way prevent Beijing from building artificial islands in the South China Sea, or for having “surrendered” the Crimea and the Middle East to Putin. At the same time, Putin’s foreign policy is compared in the leading United States media with Obama’s policy not in favor of the latter.

Of course, this does not mean that the American political analysts were smitten with love for the Russian president or began to have respect for him. They have neither one nor the other. The explanation is much simpler: America is being prepared for the arrival of the next leader, fundamentally different from Obama. Time saving resources has passed. The era of the next expansionism begins.

The new president, whoever he may be, will begin with “correcting mistakes” and “returning positions” that Obama has passed. But here's the problem: Barack Obama hasn't really stepped back from anywhere. Moreover, in some areas, the US position has become much stronger and more confident, at relatively low costs. A typical example is Ukraine. As an asset, the black leader can also record significant promotion of TTIP and TPP contracts. As for the chaos in the Middle East, there, as they say, everything goes according to plan ...

Under the slogan of returning positions surrendered to Obama, unprecedented interventions around the world are being prepared - into those parts of it that for some reason are not fully controlled by the hegemon. These are China, Russia, Iran and the whole Caspian Sea in general, the north of Korea (very rich in mineral resources), as well as the Arctic. The resources of these regions to the United States should be enough for another 20-30 years at the current level of consumption. Accordingly, the American “perestroika” is postponed for the same period.

The methods by which the “mistakes” will be corrected are also seen long before the new head of the White House takes office. Already, the US presidential candidates are stating the need to introduce a no-fly zone over Syria and shoot down Russian attack aircraft. If someone thinks that this is just pre-election rhetoric, such as Reagan's antics, he is deeply mistaken or engaged in self-deception. Before us is quite an objective trend. The United States is preparing to fight, fight a lot, and of course with an eye to the complete victory. Not in vain so many decades created such a mighty fleet? If you do not use it in the fight for resources today, then tomorrow the ships will have to be cut for metal, since even a world gendarme will not be able to maintain such a powerful armada. The threat of nuclear war to the American elite is much less scary than the loss of global domination.

In a recent interview for the CBS channel, President Obama made it almost openly indicated that his goal was Russia's capitulation through its exhaustion. But, apparently, he realizes that he personally has no chance to see the desired result in the presidential chair, and all possible laurels will go to his successor.

Obama, of course, is hardly as stupid as political opponents attribute this quality to him. Nevertheless, he has already played his role in the presidency, and as a leader he is gradually being written off as scrap. The time has come for new faces and new slogans.

Ctrl Enter
Noticed a mistake Highlight text and press. Ctrl + Enter
We are
The tragedy of the American army ("The Atlantic", USA)US National Security Interests and American Values: Primary and Secondary
25 comments
Information
Dear reader, to leave comments on the publication, you must to register.