October 14 2015
222
“The theme of the day” - President of Ukraine Petro Poroshenko climbed into the cockpit of the Su-27 fighter. So Poroshenko decided to celebrate the day of the defender - a holiday, which now on the territory of the “Square” is trying to replace February 23. From the message press service President of Ukraine:

The President in Zaporozhye handed two modernized Su-27 aircraft to the air force pilots and took off on one of them. 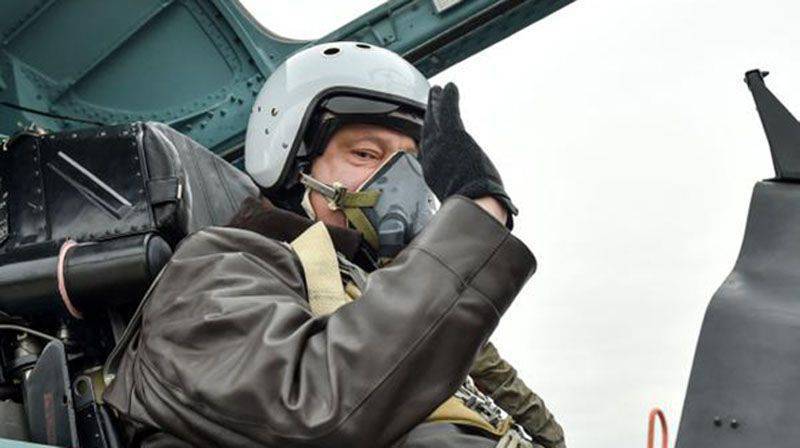 It is reported that the repair of "Sushchek" was carried out by Zaporozhye aircraft repair company "MiGremont", part of "Ukrboronprom". The company specializes in the repair and maintenance of aircraft MiG-25, Su-17, Su-25, Su-27.

At the same time, Poroshenko did not say a word about the fact that the equipment on which he rises in the air is actually Russian-made ... But what about loud statements in the style of “not to use anything Russian!” Or gas and Su-27 for such goods Kiev decided not to carry? 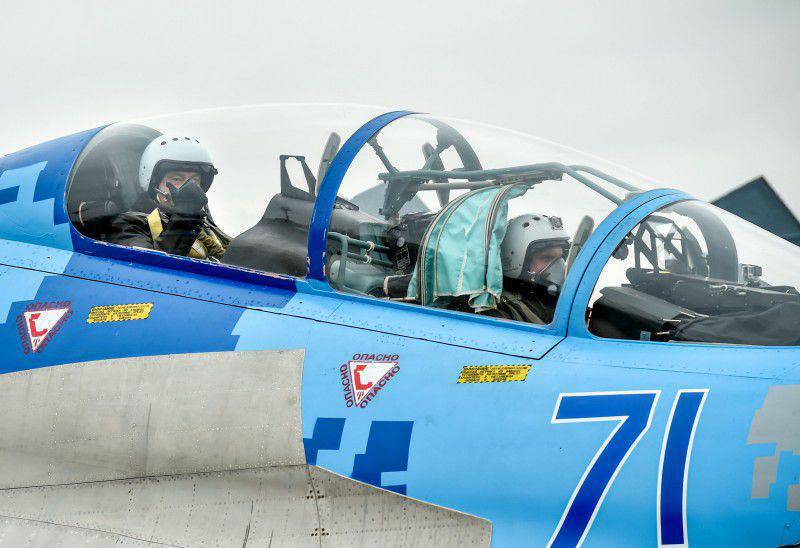 Users of social networks have already ridiculed Poroshenko’s step, calling it a pathetic copy of what Vladimir Putin once showed.

We are in Yandex Zen
The action “Military service under the contract is your choice!” In Rostov-on-Don: future contract servicemen, exhibitions and “Russian Knights”
New photos of the Chinese fighter Chengdu J-20
222 comments
Information
Dear reader, to leave comments on the publication, you must to register.