October 15 2015
9
Since 2012, various units of the airborne troops receive promising electronic warfare systems R-531B Infauna. This technique is intended to counteract the enemy’s electronic means and to protect the troops from various threats. The 5 and 6 of October in Rostov-on-Don hosted the exhibition "Innovation Day of the Southern Military District", which showed various samples of modern military equipment. Among other machines in the pavilion of the exhibition was present complex "Infauna".


The P-531B complex was developed by the Constellation concern in the second half of the two thousandth. In the future, new equipment was tested and was adopted for service. Currently, Infauna complexes are being mass-produced and supplied to various units of the armed forces. A promising complex was created to protect the troops on the march from various threats, as well as to counter enemy communications systems. A set of special tools is installed on board the machine, which provide for the identification of threats and countering them.

The basis for the complex "Infauna" was the universal wheeled chassis K1Sh1, which is a modification of the armored personnel carrier BTR-80 with a number of innovations. In particular, this chassis has an enlarged body, allowing to place all the necessary equipment in it. Due to the maximum unification of the chassis of the BTR-80 and K1Sh1 have similar characteristics. Thus, there is still the possibility of traveling along the highway at speeds up to 80 km / h and overcoming water obstacles by swimming at speeds up to 9 km / h. Thus, the machine EW "Infauna" is able to accompany the columns of automobile and armored vehicles, as well as perform other tasks in the immediate vicinity of the troops. 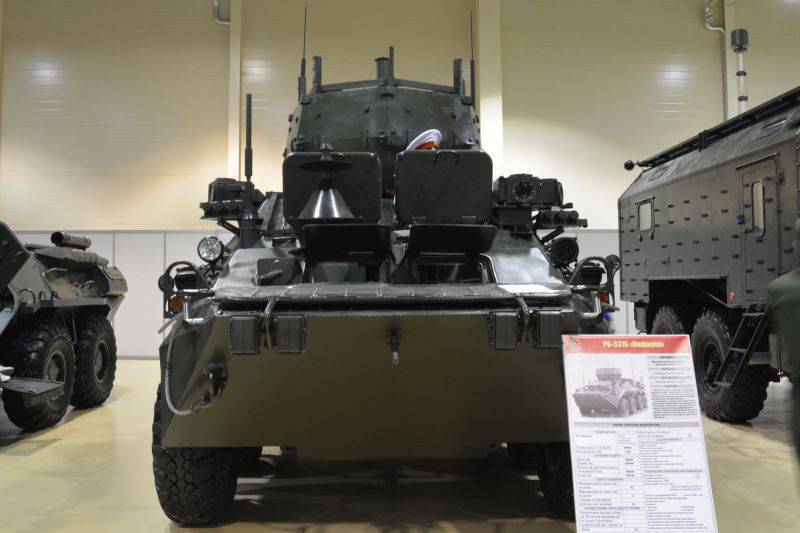 Inside the hull of the base chassis mounted numerous special equipment, as well as the workplace of its operator. The crew of the complex Р-531Б consists of three persons: a driver, a commander and an operator of radio electronic systems. The first two are located in the chassis control department, the operator is next to the special equipment.

Also on the surface of the case are several other antennas of different configurations, designed to solve various problems. In addition to the antennas, the Infauna machine is equipped with a set of optical-electronic systems and smoke grenade launchers. This equipment is designed to protect the machine itself and the accompanying equipment from fire with anti-tank weapons.

When accompanied by convoy complex "Infauna" can lead to the fight with explosive devices equipped with radio control systems. The equipment of the complex detects the radio channels controlling such explosive devices and suppresses them with the help of interference. In this case, the enemy is deprived of the opportunity to attack the column using pre-loaded explosive devices.

The third task, the solution of which is assigned to Infauna, is the detection of attacks using grenade launchers and the protection of escorted vehicles. A set of video cameras is installed along the perimeter of the roof of the car body, with the help of which the monitoring of the surrounding space is carried out. When a flash of a grenade launcher or similar is detected weapons Automation produces smoke grenades. Creating a smoke screen hinders or makes impossible the effective firing of small arms or anti-tank systems.

The first four P-531B type vehicles were handed over to troops in January 2012. In the future, the assembly of such technology continued. Self-propelled EW systems of a new type are being used by various airborne units, where they are used to escort convoys and solve other tasks. 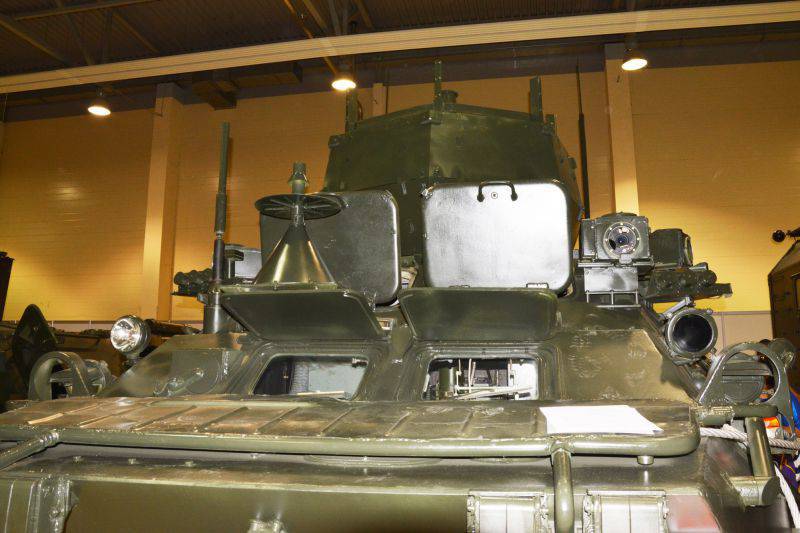 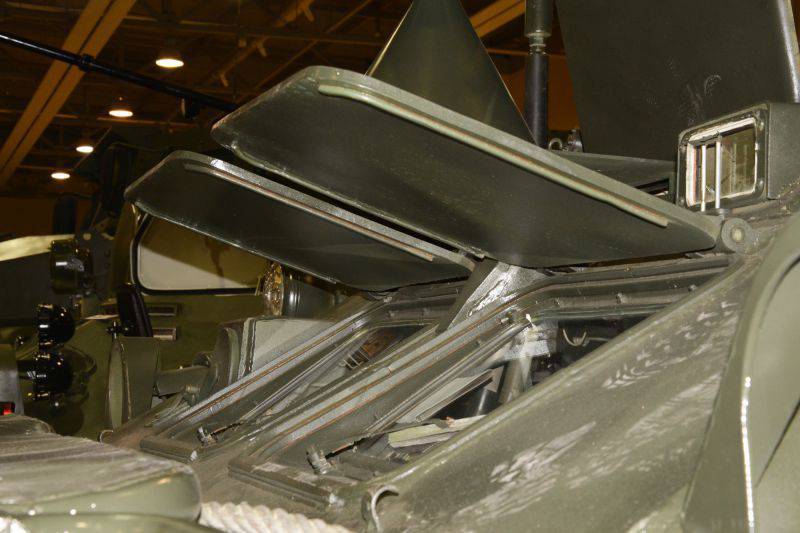 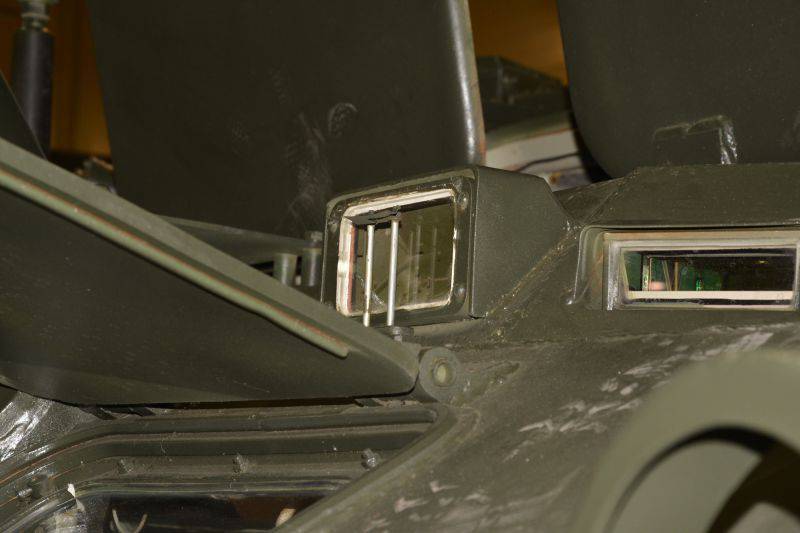 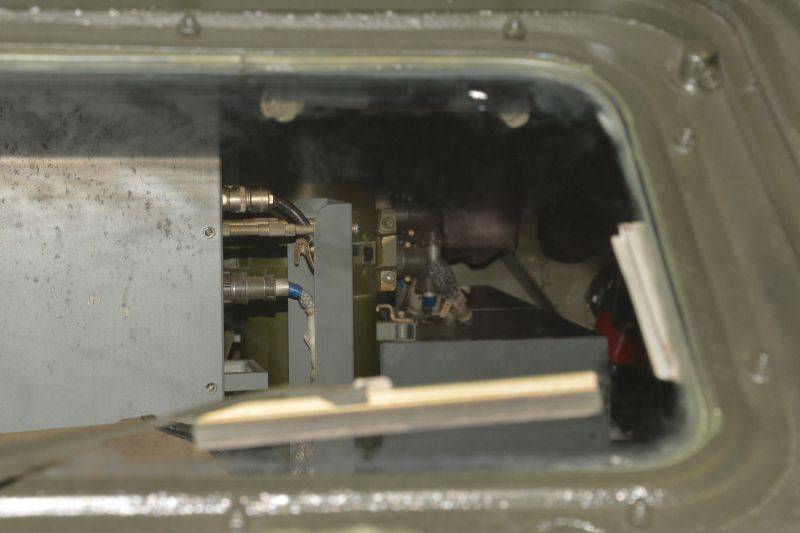 View of the internal equipment through the windshield of the commander 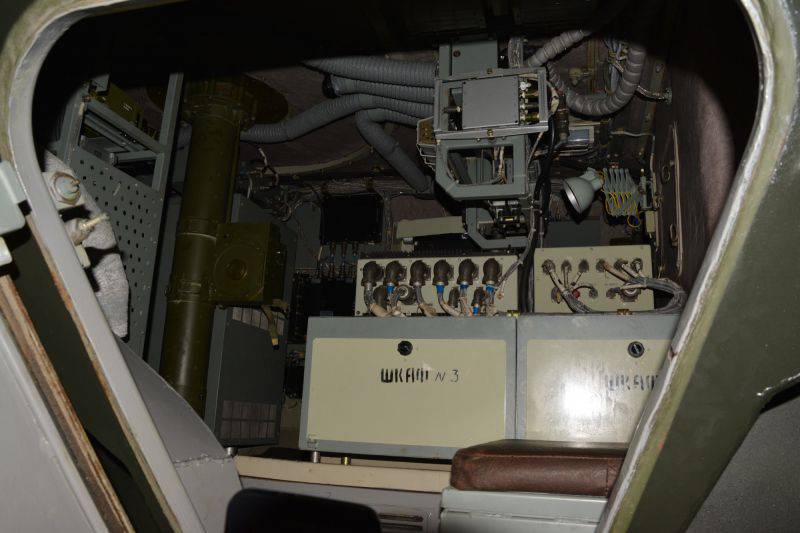 Electronic equipment inside the enclosure 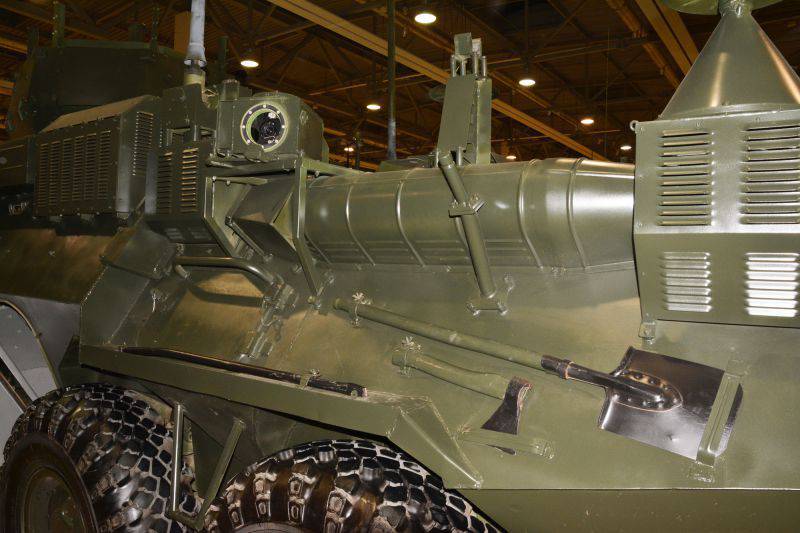 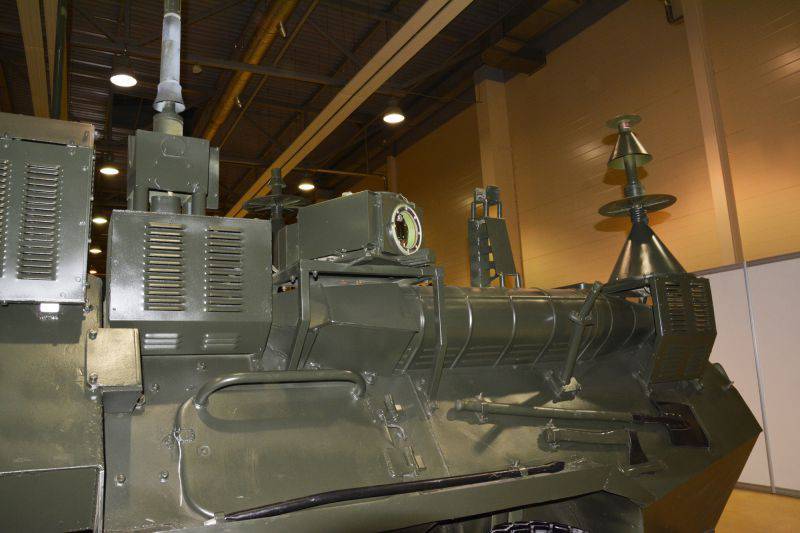 Left side of the machine 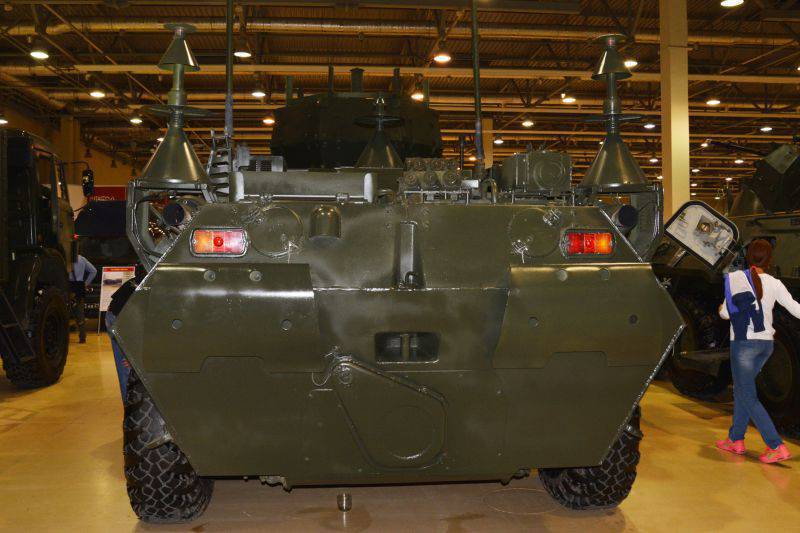 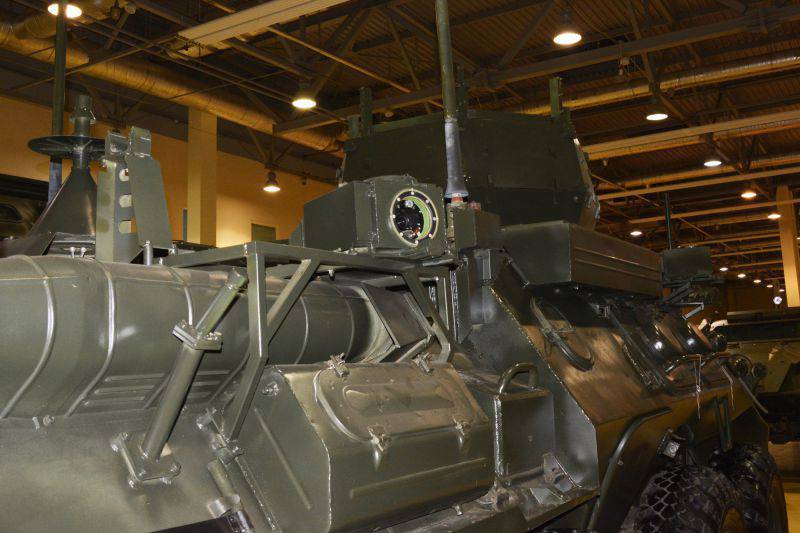 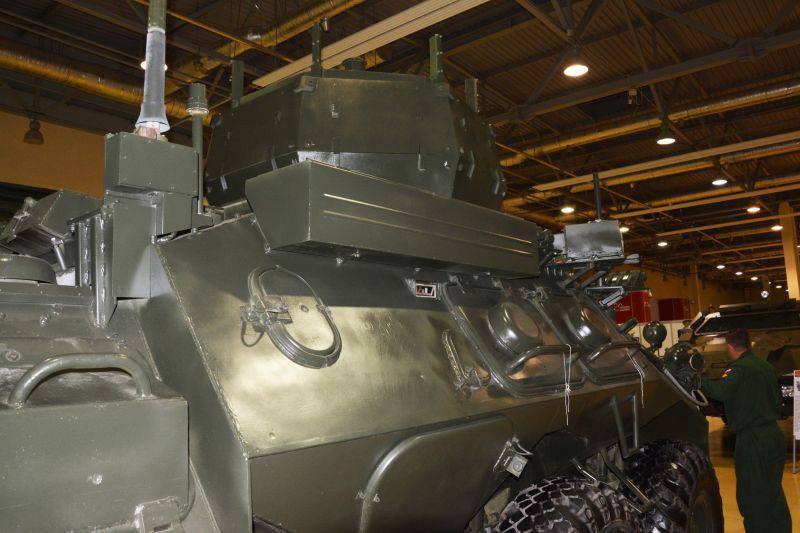 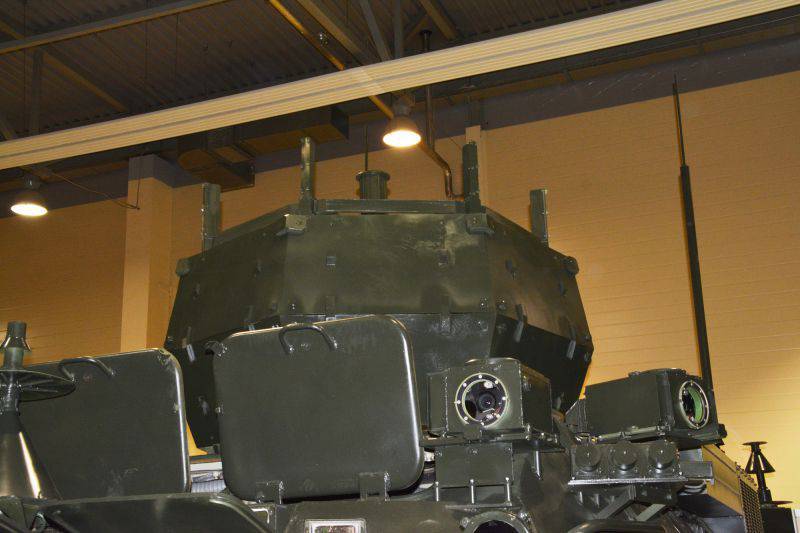 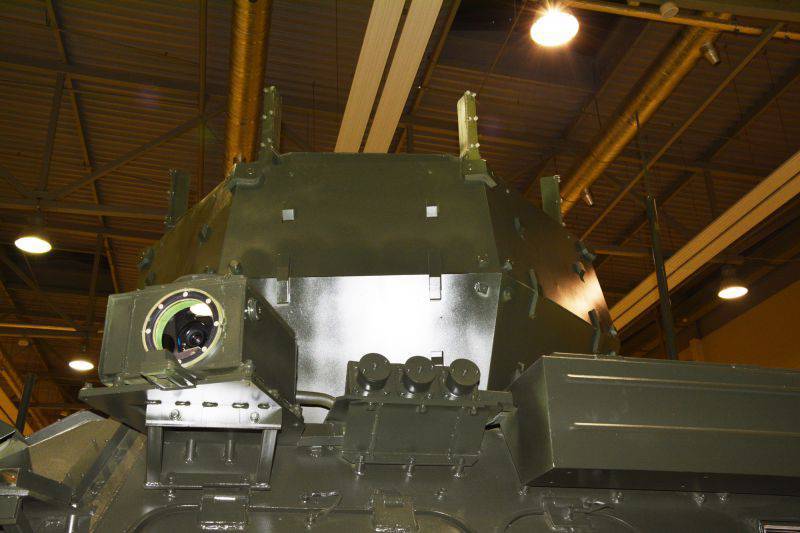 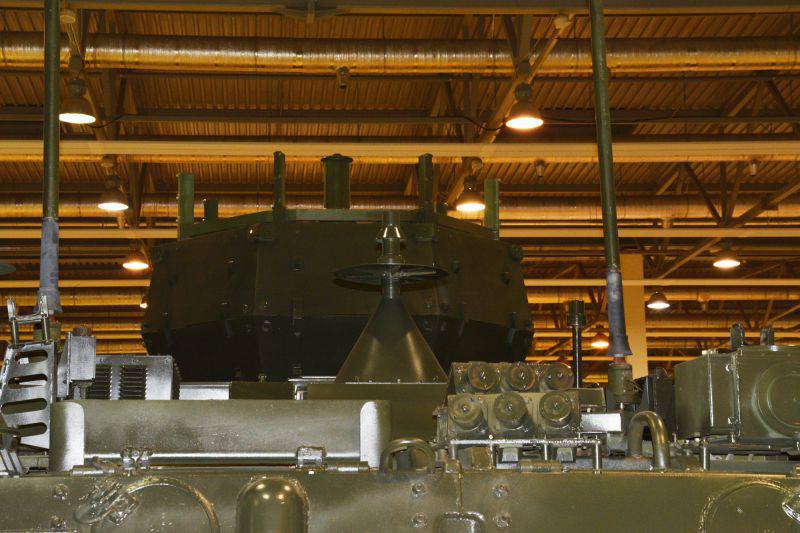 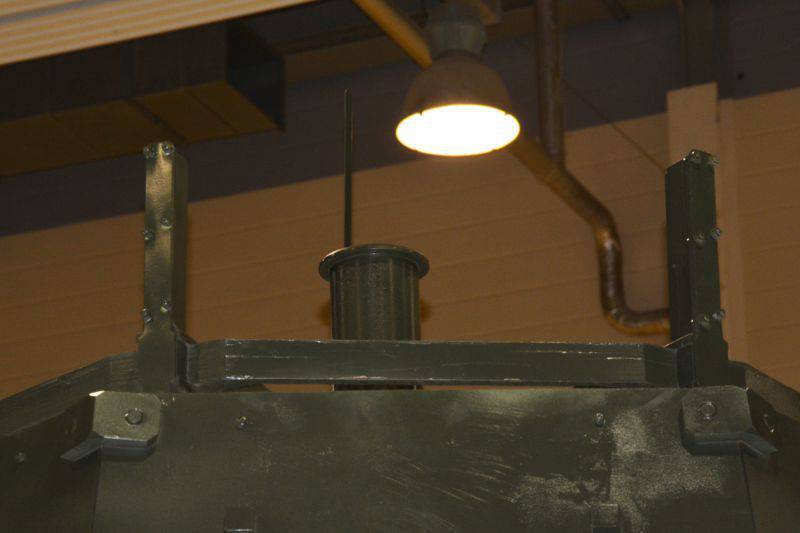 In the stowed position, part of the antenna units protrude from the casing 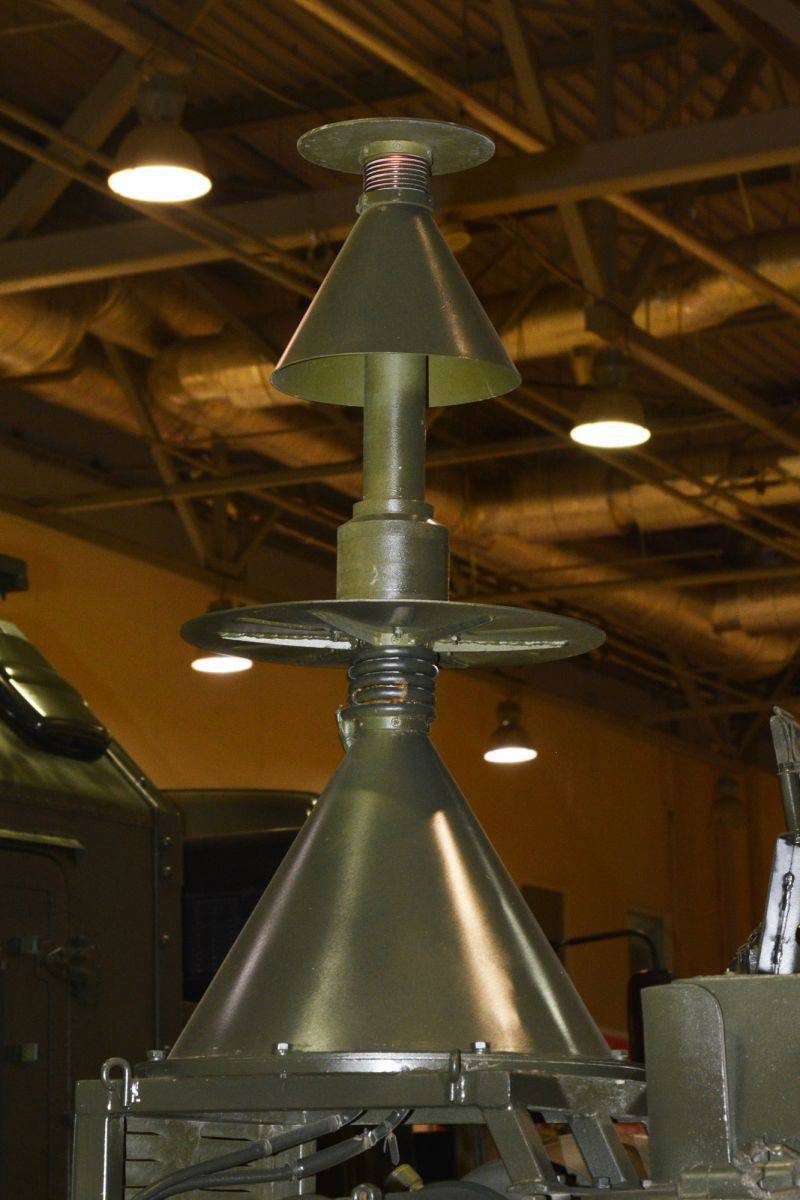 One of the feed antennas 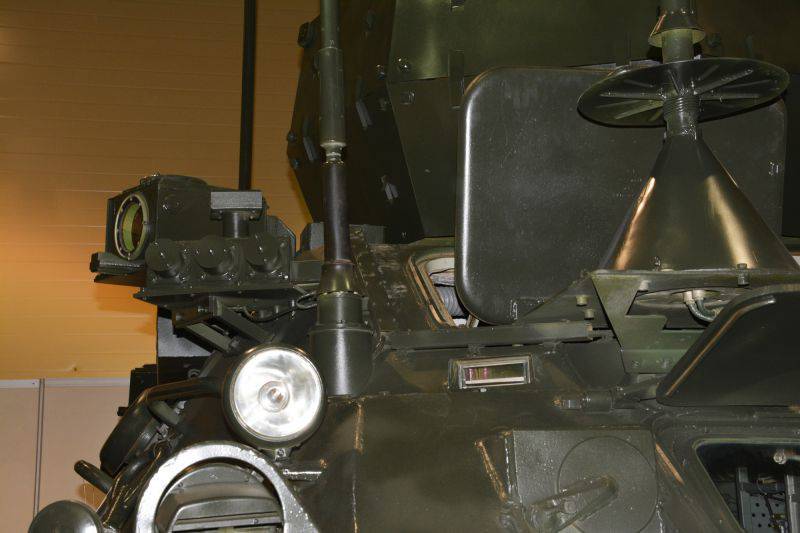 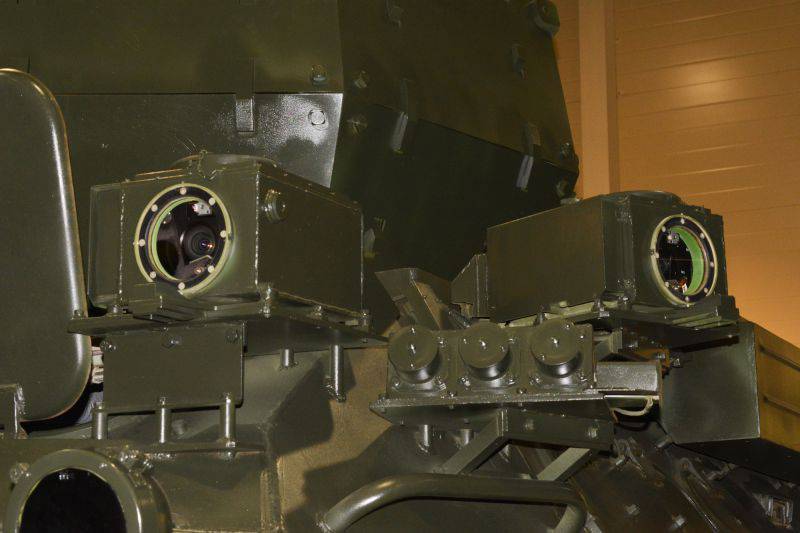 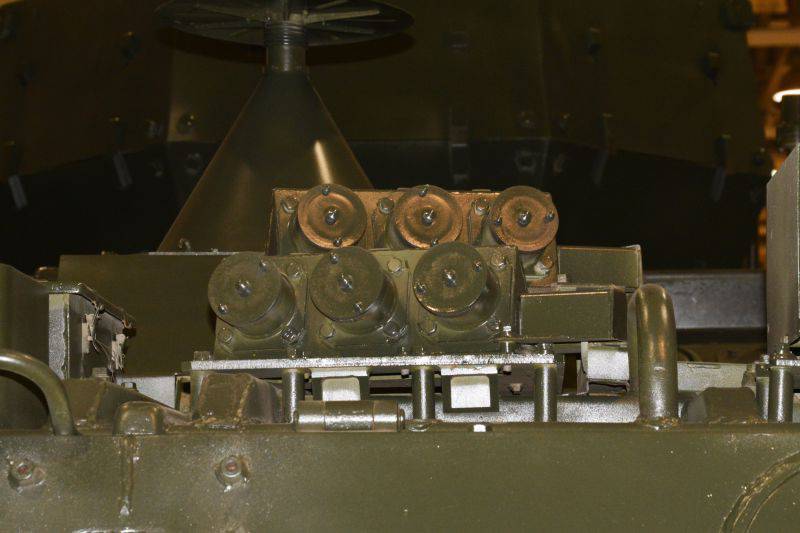 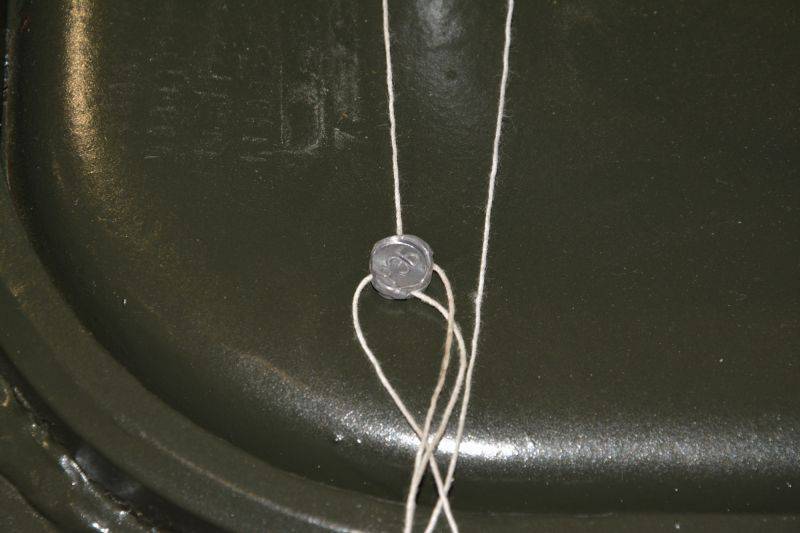 Some units of the Infauna machine are still classified, which is why there are seals on the hatches

We are in Yandex Zen
Innovation Day of the Southern Military District: Pictures from the Exhibition
The action “Military service under the contract is your choice!” In Rostov-on-Don: future contract servicemen, exhibitions and “Russian Knights”
9 comments
Information
Dear reader, to leave comments on the publication, you must to register.