Project "ZZ". Who is the nicest in the world?

October 14 2015
45
Nobel laureate and illustrious peacemaker B. Kh. Obama has a hard time: various “hawks” are pressing on him, demanding the use of force in Syria. Hillary Clinton and Jeb Bush, potential competitors in the US election race, are pushing for the introduction of a “no-fly zone” and the tightening of sanctions against Russia. Western analysts argue: who is “cooler” - the American president, the former teacher of law, or the cunning retired KGB agent? 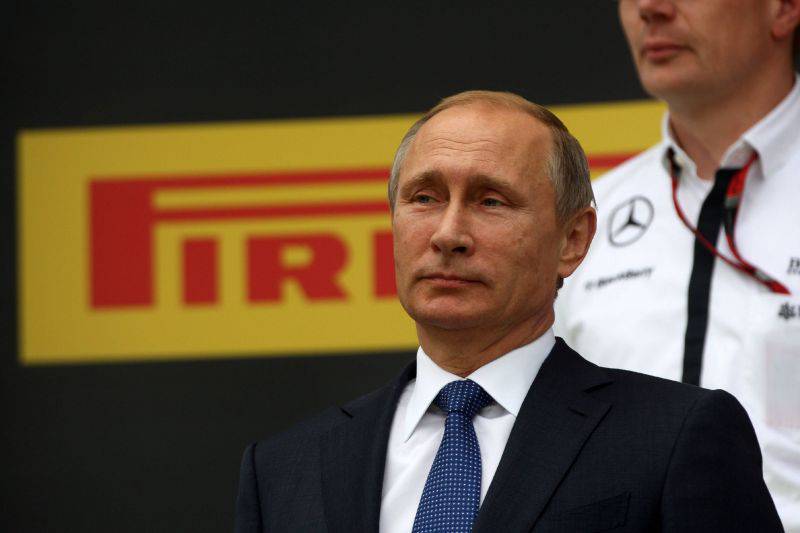 Putin is cheerful and cunning

Gideon Rachman in the influential British newspaper "The Financial Times" argues on the test of "global" American "power". According to the observer, B. H. Obama is “crushed” both from the inside and the outside. The American president is being pushed to “revive” the former (“strong”) image of the United States in the world.

Will the state, which has concentrated 22% of the world economy, a leading military and political world power, remain in the future? This question, according to the journalist, is being asked of himself in the Middle East, and in Eastern Europe, and in the Asia-Pacific region. Everywhere, "America's rivals" test its "strength."

Rahman notes that the inviolability of borders in the world is guaranteed by military might. And the United States has the appropriate power: in the Middle East, Washington has deployed naval and air bases, in the east of Asia, the US Navy refers to the Pacific Ocean as an “American lake”, and in Mother Europe, territorial integrity is provided by NATO, and the United States accounts for 75% of the North Atlantic Alliance military expenditures.

However, time passes, everything changes. In the Middle East, the Russians intervened in the Syrian war. And this intervention clearly showed: US control in the Middle East is very weak. Washington is not going to send troops to the Middle East, and Moscow "filled the vacuum." According to the publicist, the Russian strike on Syrian territory with cruise missiles is a “comedy parody” designed to mimic the Americans who previously acted in the same way in the region.

As for Europe, here last year the Russians seized the Crimea from Ukraine, which marked “the first violent annexation of territory on the continent after the end of the Second World War”.

In Asia, the Chinese are: building islands in the South China Sea.

So, three disputes in which the White House is somehow involved. In Europe and in Asia, they seriously thought about the extinction of "American power." What in Europe! Other strategists from Washington are already talking about the "American retreat" in the Middle East, which hurts the prestige of the States in Asia.

As a result, the journalist notes that the administration of B.H. Obama is “under pressure” both inside the country and outside. The "Press" demand a revival of the "image of American power." How to revive it? “Effectively and convincingly” to respond to territorial claims in the world!

However, Mr. Obama knows perfectly well that the US military interventions in Iraq and Libya have proven unproductive. Of course, the president also does not intend to bring matters to a military confrontation with Russia and China.

They beat the image of the United States and the controversy about who in the world is a “revisionist” - Russia. China or USA. Russians say that the world order is undermining Washington: it supports and pays for a “regime change” in Ukraine and Syria.

They put "pressure" on Obama and potential candidates for the presidency, we add. Recently, a number of statements were made by Hillary Clinton and Jeb Bush. Both have geopolitical “recipes” that in one way or another hurt Russia's participation in world politics.

Contender for the US presidency of the Democratic Party, Hillary Clinton, said that in Syria, it would be necessary to introduce a no-fly zone. This would force Russia to "begin to reckon with the interests of other countries in the region." Clinton also opposed the operation of Russia in Syria, accusing Moscow of airstrikes on moderate opposition, reports "Lenta.ru".

Jeb Bush, a likely competitor in the presidential race, also called for a tightening of US policy toward Russia. According to him, President Putin is a “flexible politician” who has managed to take advantage of the vacuum of US leadership in Syria and other regions. The former governor of Florida called for the expansion of sanctions against Russia. In addition, Bush said that if he was elected to 2016, he would try to create a coalition of European and Arab countries to overthrow Bashar al-Assad in Syria. 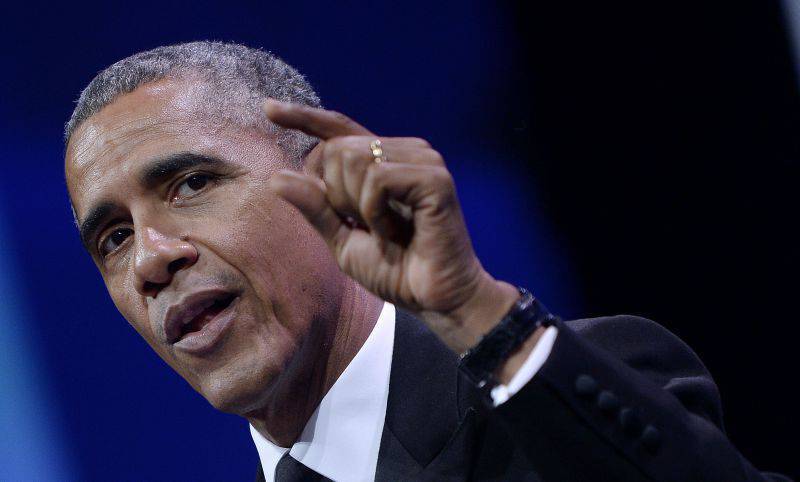 Obama shows the value of the United States in world politics

At the beginning of the essay “Who is a Better Strategist: Obama or Putin?” Walt stipulates: they say, it’s not quite right to raise the question, because both leaders depend to some extent on intelligence reports, on consultations with trusted advisors and rely not only on own judgments. And yet, the recent decision of Russia about Syria, many people attribute to the success of the Kremlin, not only tricks the White House, but also showed its superiority. Is it so? Is it true that the “cunning former KGB officer” outplayed “the former law teacher and public activist”?

Given that the US economy is much stronger and more flexible than the Russian economy, which, moreover, has fallen into recession, and despite the fact that the United States has retained all of its key allies over the past seven years and managed to improve relations with a number of countries (for example, with India, Vietnam and others), yet “it’s difficult to get rid of the impression,” the professor writes that Putin, with his weak positions, “plays better” than the relatively strong Obama.

This impression is partly due to the fact that Obama "inherited" several foreign policy disasters, and it is quite difficult for him to get out of many unsuccessful projects without earning accusations from opponents.

Putin also looks “successful”: after all, Russia has begun to play a more active role than before. Comparing the current Russia with Russia 1995, or even 2000, is not necessary.

In addition, Putin pursues in his policy "clear goals", which were "quite easy to achieve." In Ukraine, he had the main goal - not to allow this country to get closer to the EU and join NATO. Putin’s goals in Syria are also “simple” and “realistic.” As in the case of Ukraine, these goals are fully consistent with the "limited means of Russia." Putin wants to preserve the Assad regime and is not at all trying to "conquer Syria" and defeat the "Islamic State," the author believes. The limited deployment of the Russian air force and a handful of “volunteers” will probably be enough to support Assad.

As for America, its goals in both conflicts were full of “strategic contradictions,” the professor said. Washington issued wishful thinking. Scientist calls Assistant Secretary of State Victoria Nuland a "dreamer from the neoconservatives." As a result, the “real political play” was played not by Nuland, but by Moscow. In addition, the basis of the Western goal — the creation of a well-functioning democratic Ukrainian state — was “extremely difficult from the very beginning.”

US policy in Syria was "even more confusing," the author believes. Washington tried to achieve "complex and incompatible goals." Here and “Assad should leave”, but so that it would not be replaced by jihadists, and the fight against “IG”, but such that instead of “IG”, for example, bearded men from “Front al-Nusra” did not come to power, and reliance on Kurdish militants - while simultaneously wishing to participate in the Turkish operation. The United States did not find the "politically correct" Syrian rebels, these "eternally elusive moderates." As a result, the long-term US strategy in Syria has not cleared up. Solid confusion. So is it any wonder that Putin’s actions look “bold and decisive,” the professor writes, and Obama’s policy confused? But we must also remember that Russia is much weaker than the United States (and Russia is destined to be weak for quite a long time). In other words, Putin looks “more successful”: his goals are commensurate with his limited resources.

American leaders set ambitious goals, but most of them are not necessary for the security and prosperity of the United States.

So who is the best strategist? Professor replies: Putin. He’s better than Obama to match his goals with resources.

University professor, let us add, did not say a word about the other goals of Obama and Putin. If the first one bombed Libya, participating indirectly in the killing of civilians and Gaddafi, the second one is fighting vile terrorists from the Islamic State, cutting off people's heads and creating other cruelties. If the first one, in collaboration with NATO, promotes the ideas of the European missile defense system and the “containment policy”, the second one embodies the will of the people, agreeing with the reunification of the Crimea with Russia (recall the referendum). For the first, despite the Nobel Peace Prize, there is no truth in international politics. Not at all. Zero.

Ctrl Enter
Noticed a mistake Highlight text and press. Ctrl + Enter
We are
Overseas ally? Donald Trump - US Presidential CandidateThe fight against terrorism. An inside look (blog of Ingushetia special forces)
45 comments
Information
Dear reader, to leave comments on the publication, you must to register.