The Ministry of Defense of Ukraine does not know what the Ukrainian servicemen are doing, but “knows” what the Russian are doing ...

October 14 2015
54
The Ministry of Defense of Ukraine has truly unlimited possibilities. This “fact” became apparent after the Ukrainian main military department began to distribute “data” about what the Russian military men are doing in Syria. They do not know what they are doing, but I "know" what ours are doing. Amazing awareness ... According to Ukrainian "data", Russian pilots "in the intervals between the bombings of civilians" are engaged in "selling food and alcohol," which were delivered by military transport aircraft to the Arab Republic. 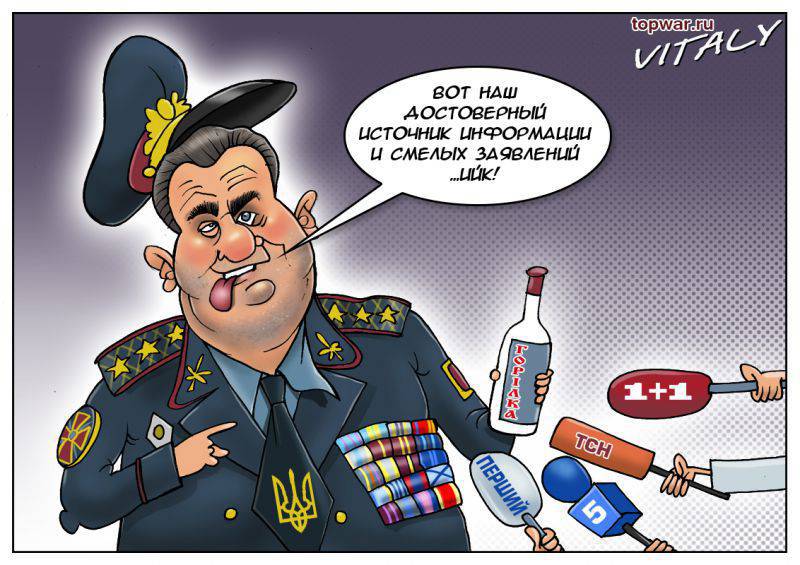 Newspaper "Sight" quotes the statement of the Ukrainian military department:

The facts of abuse of official position by the flight personnel of military transport aircraft aviation VKS of the Armed Forces of the Russian Federation. In particular, food and alcohol are transported on board aircraft to Syria for the purpose of further sale.

For reference: Russian aircraft deliver to Syria and humanitarian supplies, which include food, medicines, warm clothing. And, as you know, Kiev loves to fantasize about Russian humanitarian aid, its contents and further spread ...
Ctrl Enter

We are in Yandex Zen
ARMY-2016. Cluster VCS. Part of 2. Space is space!
Situational awareness: saving the lives of car crews
54 comments
Information
Dear reader, to leave comments on the publication, you must to register.