October 14 2015
249
East is a delicate matter. Too thin. And to understand the affairs of the Eastern with the brains of a European is not that difficult, but it’s just that everything is a little different than what we think. 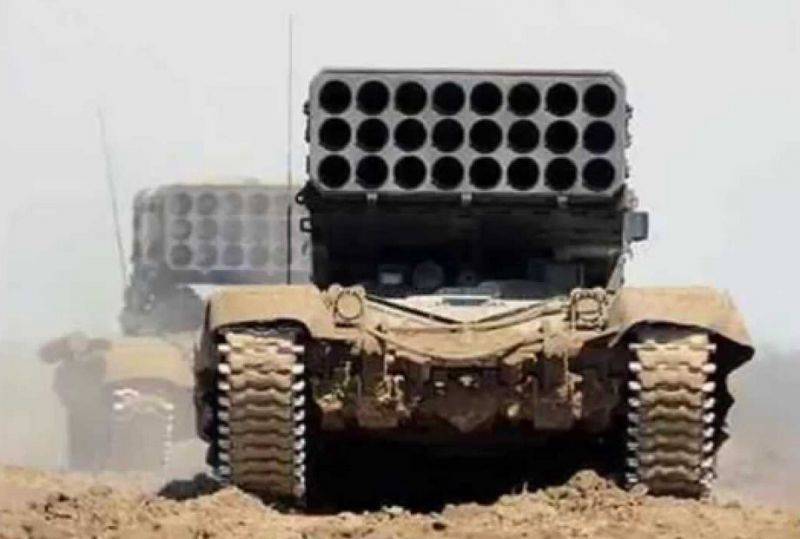 Seeing the message that we brought the Sunshine to Syria, I honestly thought hard. On the one hand, the system is very effective. And test it in combat conditions, as they say, God himself commanded. Moreover, it is about such circumstances of application that she is sharpened.

On the other hand, what is the "sun"? Heavy flamethrower system. Here the key word is flamethrower. Who will this system be used against? Most of them are not only Muslims, they are also Arabs. And there is a small complexity.

I don’t know how in Arabic, but in Farsi, the worst insult for a man sounds like “the son of a burned father”. And it says a lot. Afghanistan, of course, is not close to Syria, but the essence is the same as the Persians, the Arabs. That is, Sunni Muslims. Which constitute the main majority of the warring on the side of ISIS and other gangs.

I will not go into particular religion, than one category of martyrs is different from the other, the point is that the soul does not enter heaven from the burned body. Say, it's the 21 century in the courtyard, and this is complete nonsense? Maybe. However, some savagery is observed even in an enlightened Europe, then what about the Middle Eastern countries? Wildness enough. At least with the destruction of monuments of examples is more than enough.

When religion and the desire to blindly follow it overshadows the mind, then we observe what is happening. Wildness, barbarism and other pleasures performed by fanatics from ISIS.

And here flamethrowers? It's simple. The war in Syria is a war on a religious basis. And religion is firmly seated in the heads of all the warring, especially among those who are against Assad. They are fighting not only with apostates, but also with infringing their rights and freedoms. It is difficult to underestimate.

The fanatic burned by TOS, whose soul does not fall into his paradise for us, is in principle not a big problem. For a dead terrorist is wonderful. But for his colleagues and supporters this is a slightly different point of view.

The same "Al-Jazeera" with its huge audience will undoubtedly be happy to show kebabs, which ISIL fighters turn into in the sun or there, "moderate terrorists." And it will be filed as the fact that the Christians have barbarously killed Muslims. By burning them.

What will it give? Yes, the influx of new adepts. A new wave of jihad, but not against Assad, but against Russia. That is against us. Each such burnt martyr will definitely become not just a martyr hero, but an object to be avenged. And it will go. There, in the east, with this no problems.

In general, I think that our leaders in the operation have calculated everything. Hope so. Because the practice of Moscow, Volgograd, and Volgodonsk showed that it is not easy to defend oneself from a fanatic who has tied up with explosives. And fanatics are abundant there.

Ctrl Enter
Noticed a mistake Highlight text and press. Ctrl + Enter
We are
A great interview with Sergey Lavrov: about Ukraine, Obama and IranWhat you didn't want to know about England
249 comments
Information
Dear reader, to leave comments on the publication, you must to register.