October 15 2015
53
In the foreseeable future, the Russian armed forces will continue to operate BTR-80 armored personnel carriers and other vehicles based on them. At the same time, the military department intends to update the fleet of such armored vehicles through the construction of new armored personnel carriers and the modernization of existing ones. As part of the armored vehicles fleet renewal program, a project for the modernization of the BTR-82AM was developed several years ago. To date, the defense industry has mastered the production of this technology on the basis of the available vehicles BTR-80. Not so long ago, one of the new type of armored troop-carriers was shown at the “Innovation Day of the Southern Military District” exhibition.


Projects of the BTR-82 family, including the BTR-82AM, were created at the end of the last decade. Their goal was to further develop the existing technology through the use of new components, equipment and weapons. The project BTR-82AM aims to update the fleet of vehicles through the repair and modernization of existing machines. According to this project, it was proposed to retool serial machines of the type BTR-80 with the installation of a new engine, combat module, etc. All this should have led to a serious increase in performance and combat effectiveness.

After upgrading the BTR-82AM retain the main goals and objectives of the base machine. This technique is designed to transport personnel and provide fire support during the battle. In this case, the machine has a number of new equipment, which facilitates the operation and to some extent improves its fighting qualities. 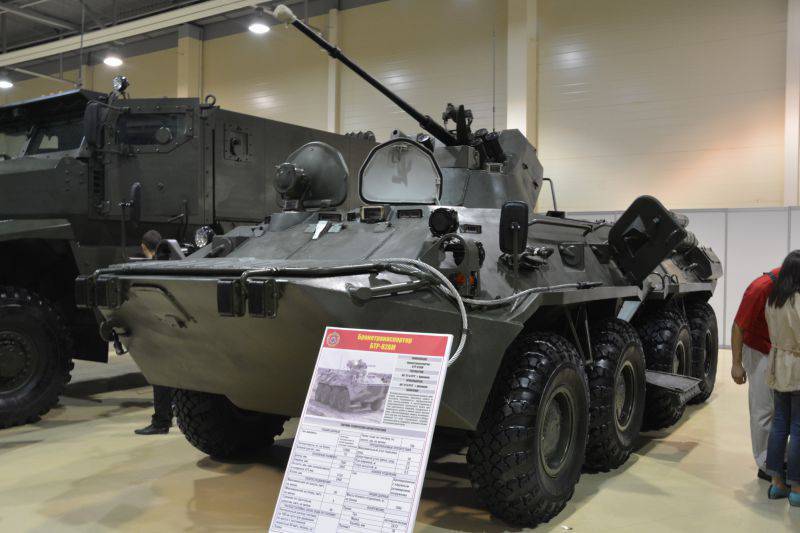 The most serious improvements are the elements of the power plant, transmission and chassis. Upgraded armored personnel carriers receive a KAMAZ-740.14 300 diesel engine with 300 horsepower. In addition, the transmission is being finalized and the chassis is reinforced. During the modernization of the armored car noticeably heavier. Weight gain is offset by a new engine and enhanced suspension.

The total mass of the BTR-82AM reaches 15,9 tons. Despite this, the car can reach speeds up to 80 km / h on the highway. There is still the possibility of crossing water obstacles by swimming with the help of the existing jet propulsion unit. Thanks to the engine of increased power, the armored personnel carrier is still able to climb the 30-degree slope, climb the wall with a height of 0,5 m and overcome other obstacles.

An important innovation of the project with the letters "AM" is an auxiliary power unit. To supply the onboard systems with electricity, a special low-power engine installed in the engine compartment can be used. This unit is designed to power communication systems, weapons, etc. in parking lots. If necessary, the crew can turn off the main engine, not spending fuel and its resource, but at the same time to maintain the energy supply of all major systems. Special equipment can be connected to the auxiliary power unit to provide electricity to third-party consumers.

BTR-82AM vehicles receive a combat module similar to that used on the BTR-80А. On the reinforced roof of the hull mounted turret assembly with machine-gun and artillery weapons. The main armament of the BTR-82AM is the 2-72 automatic gun of the 30 caliber mm. Also mounted on the turret is the PKTM machine gun in a separate armored casing. As an additional weapons the tower carries smoke grenade launchers.

In order to increase the security of the gun operator, his workplace is shifted down. Now it is located not in the tower, but under it. The control of weapons is carried out using the remote. At the same time, the workplace of the shooter is equipped with several viewing devices and other equipment for monitoring the situation.

The first armored personnel carriers of the BTR-82 family were built in 2009 year. Later they passed the tests and were transferred to some parts of the Southern Military District for trial operation. In 2013, the technique of new types was adopted. In the same year, a full-scale serial construction of new equipment was launched. According to previously published data, the serial assembly of armored personnel carriers BTR-82, including the BTR-82AM, was to continue until at least 2016.

According to some reports, last year the Ministry of Defense planned to send the BNR-120 machines for upgrading the 80 vehicles and receive instead BTR-82AM vehicles. The order for 2015 year was to make the 134 machines. The order of 60 armored personnel carriers of the new type must be received by the troops next year.

To date, BTR-82AM armored personnel carriers are in service with a large number of ground forces units. One of the machines of this type, operated in the Southern Military District, 5 and 6 of October was located in the pavilion of the exhibition complex “Vertol Expo” and was an exhibit of the “Innovation Day of the Southern Military District” exhibition. We present a photoreview of a promising armored personnel carrier. 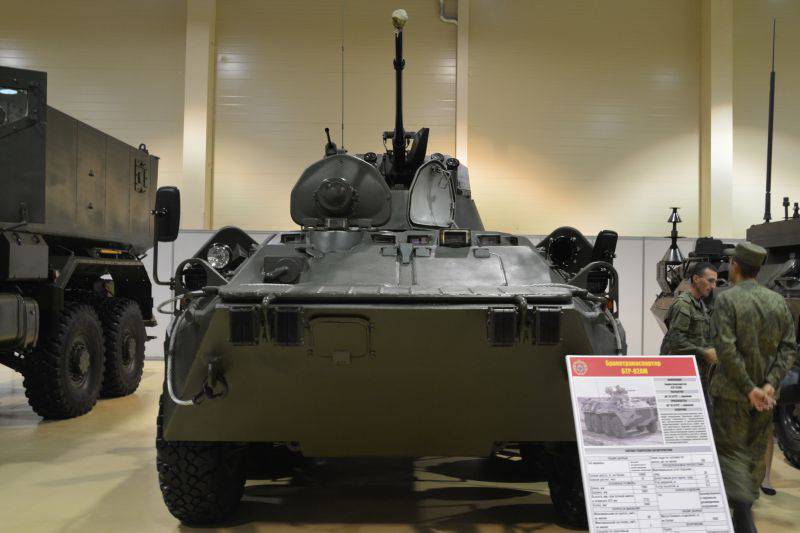 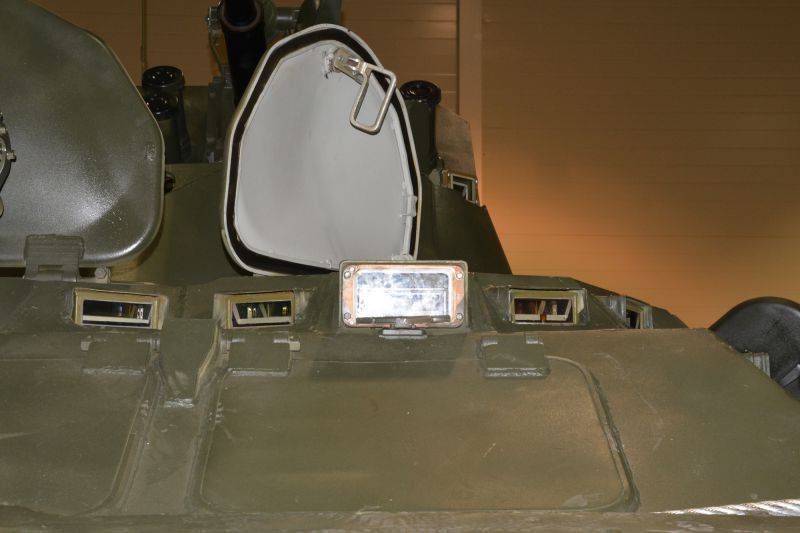 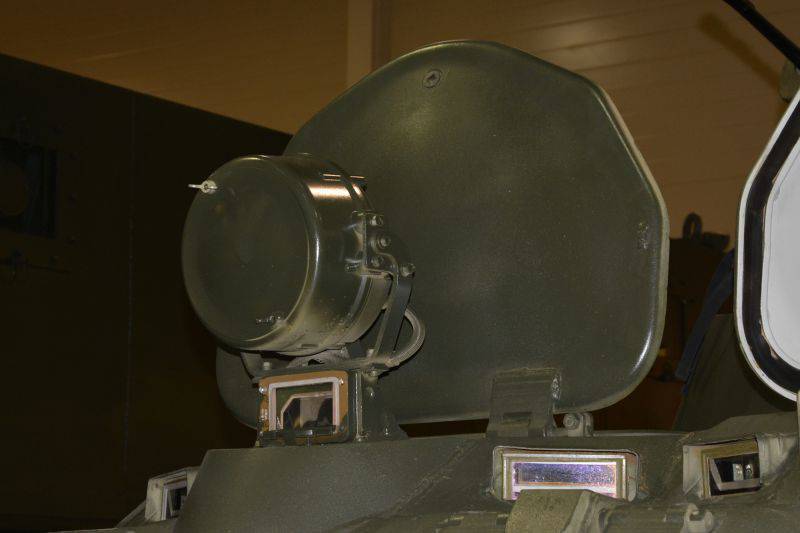 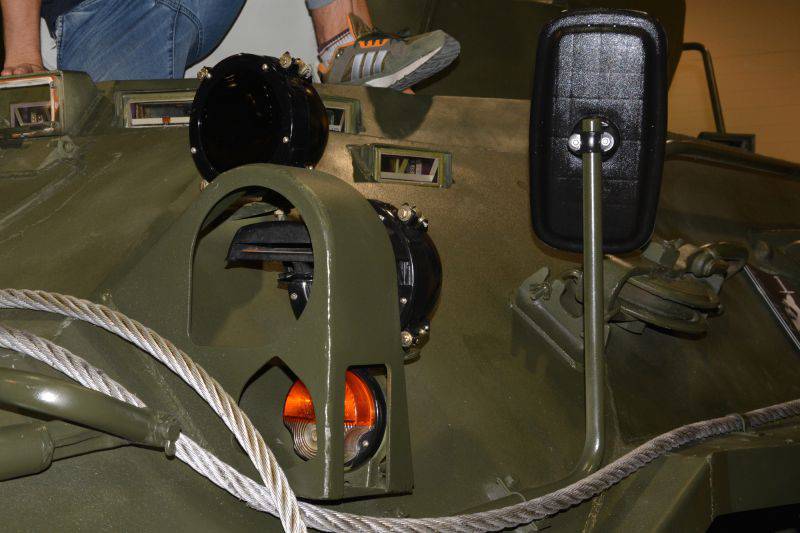 Driving an armored personnel carrier is facilitated by rear-view mirrors and lighting equipment. 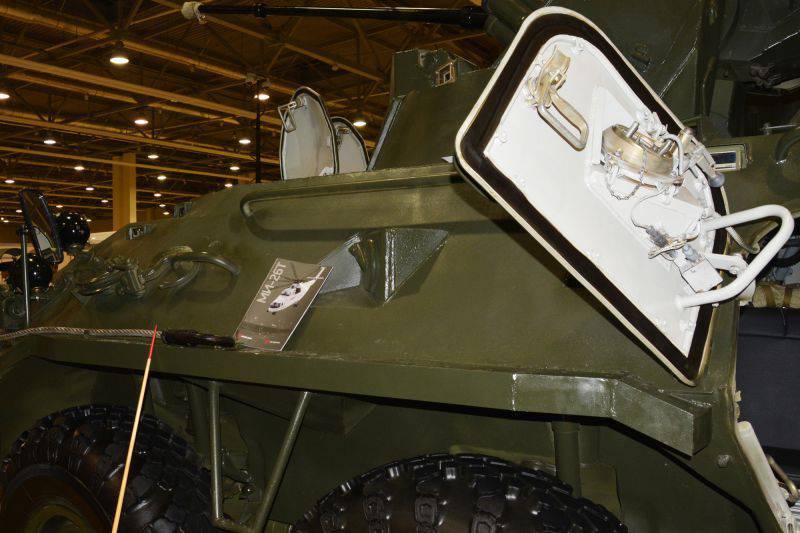 Front side left side 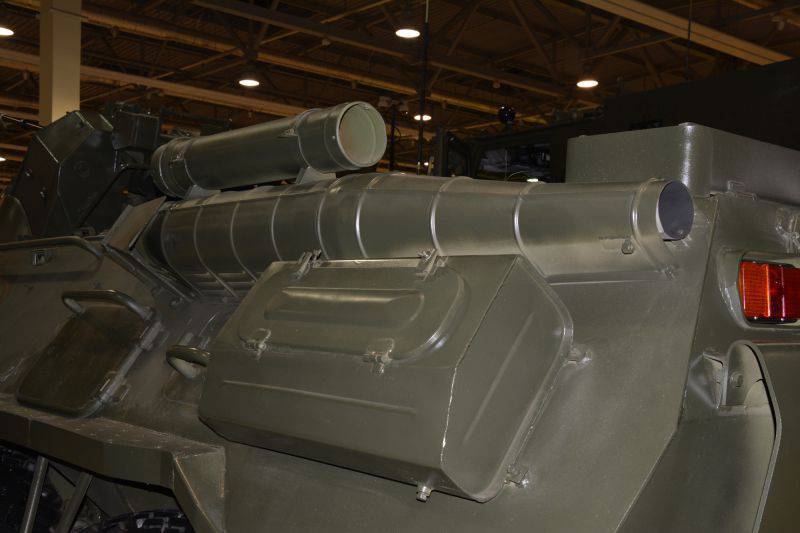 Aft hull. Hatches for access to the auxiliary power unit / center are visible on the left] 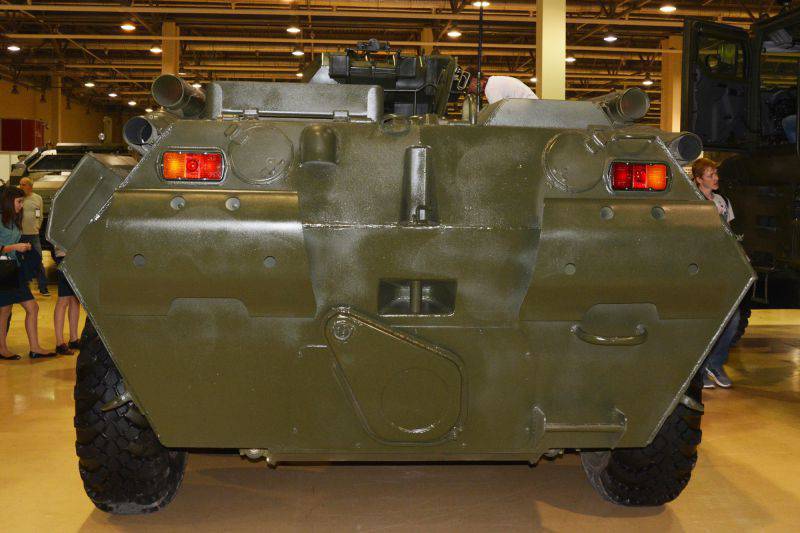 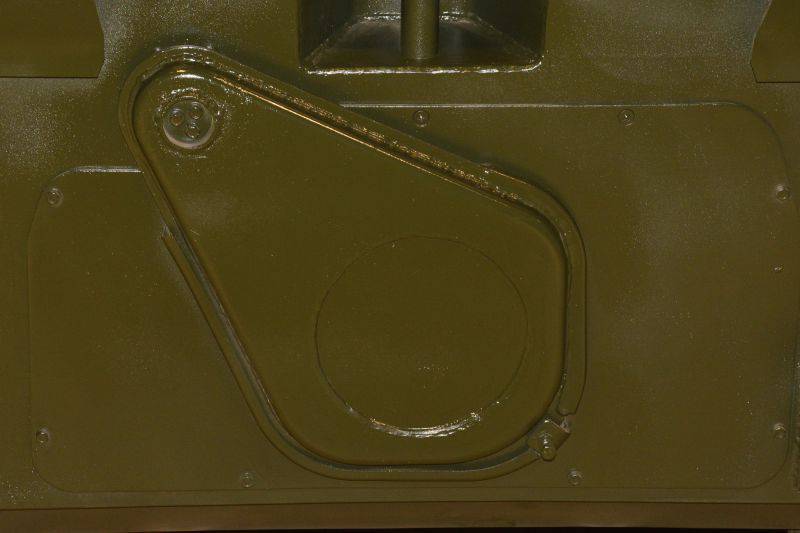 Water jet did not change 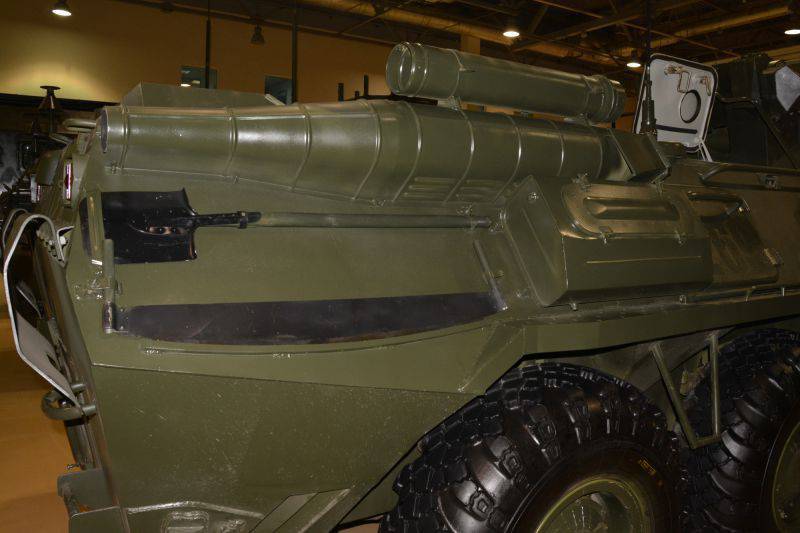 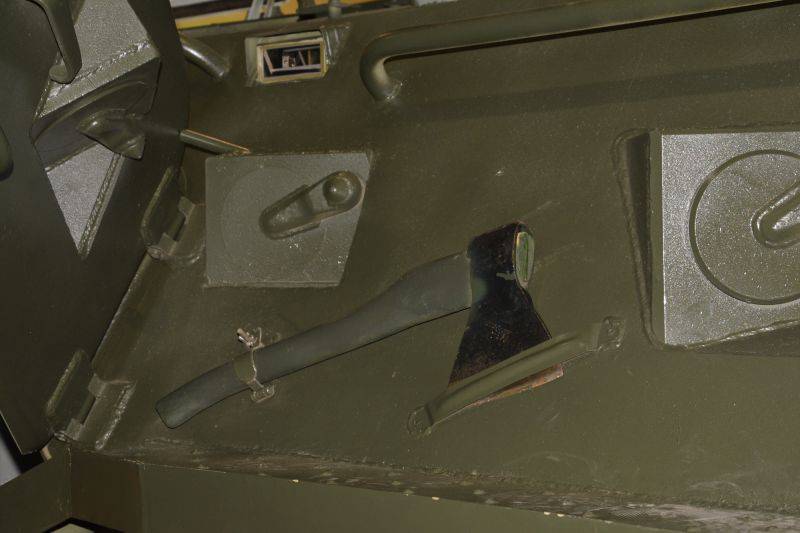 On the right side is transported 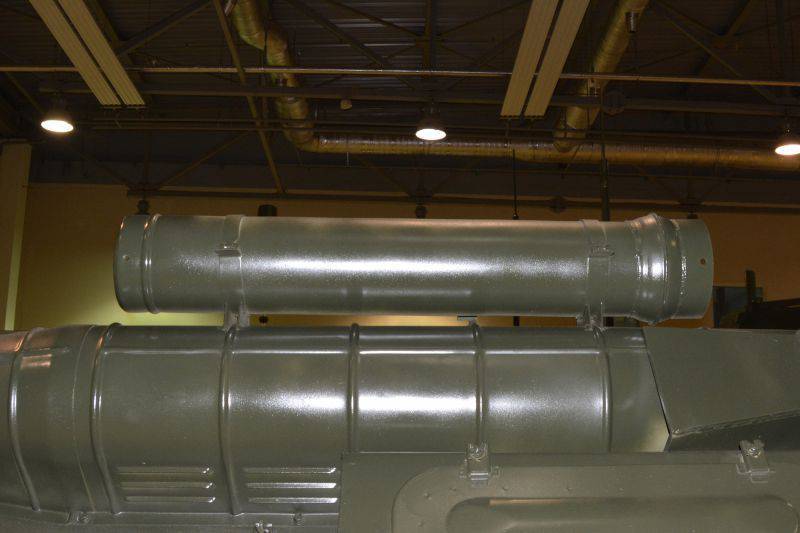 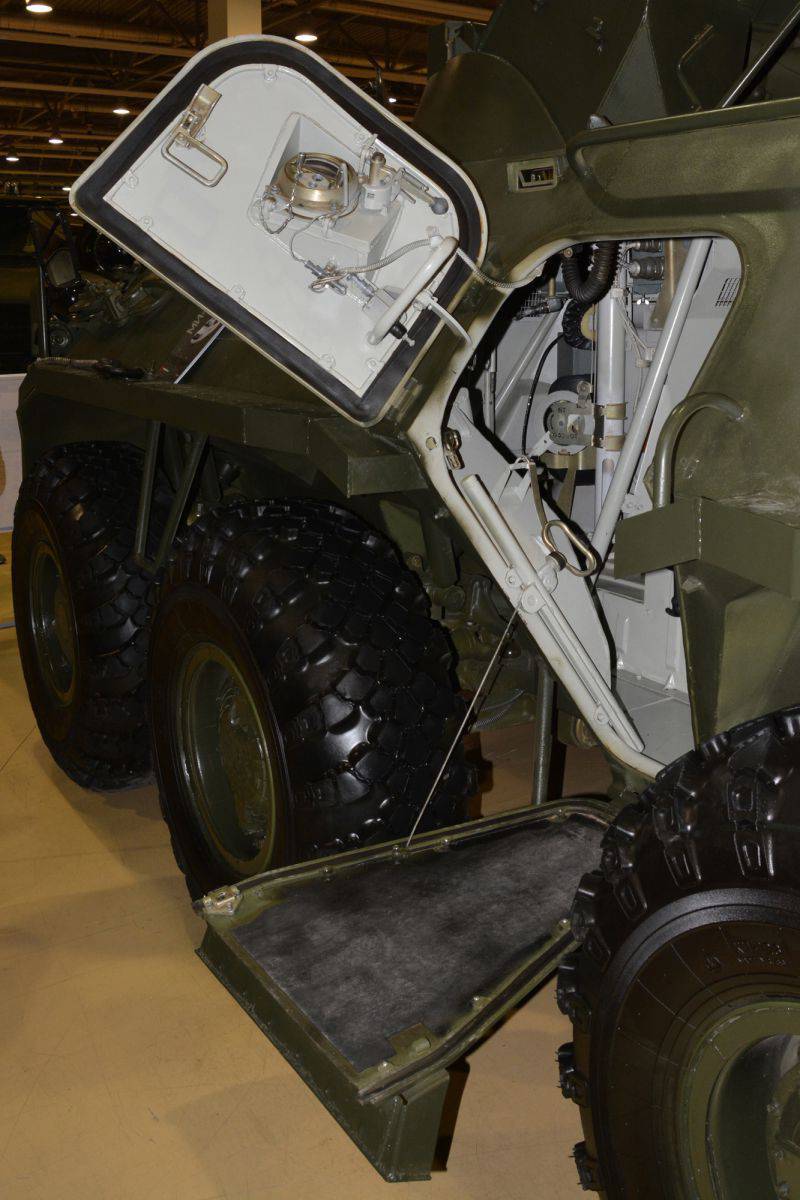 BTR-82AM retains the double side doors of the predecessor 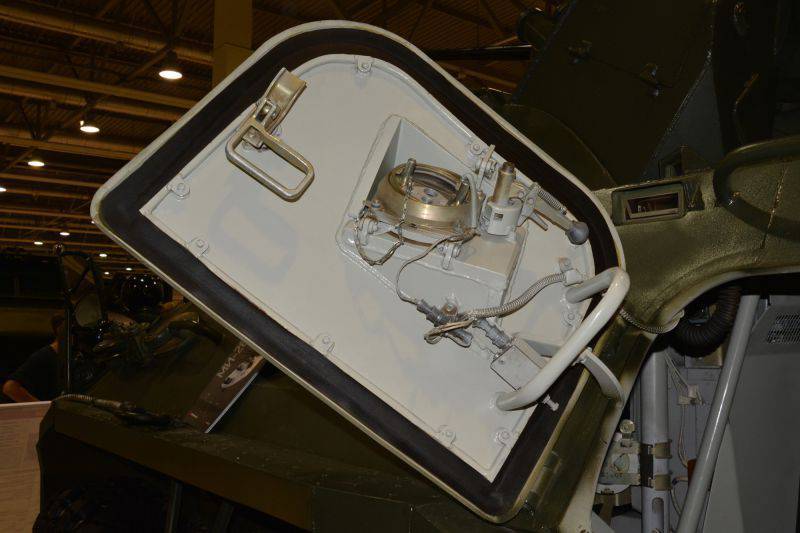 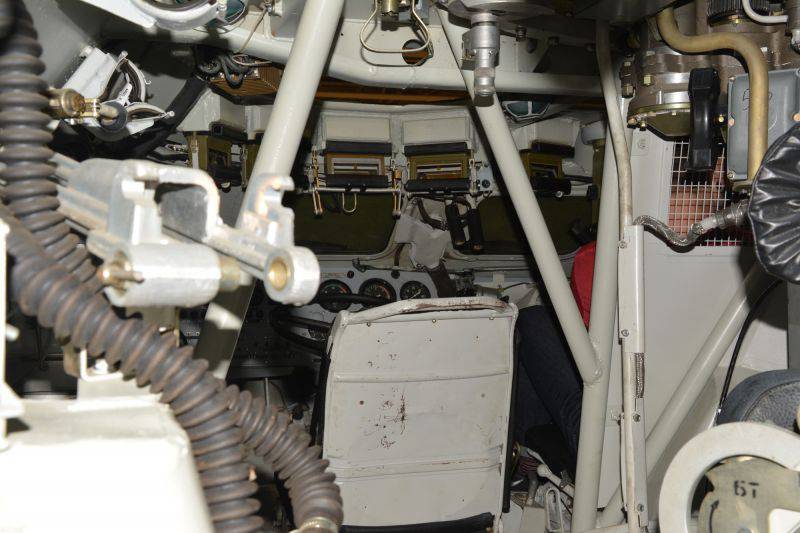 View of the department of management 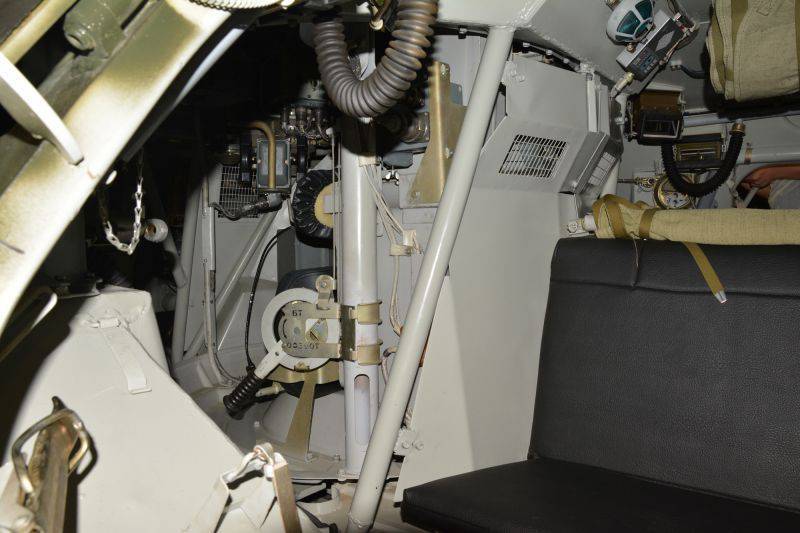 View from the left door forward. Visible workplace shooter and his protective cover 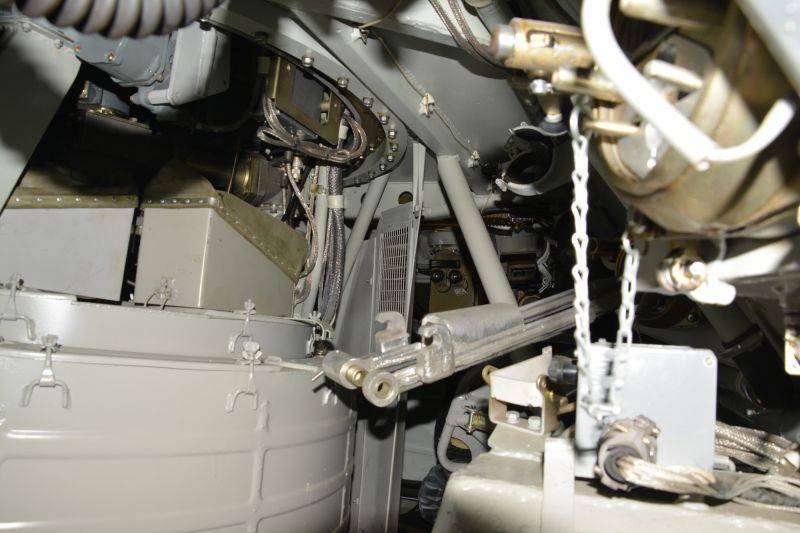 View from the right door forward. The sub-combat units of the combat module are visible. 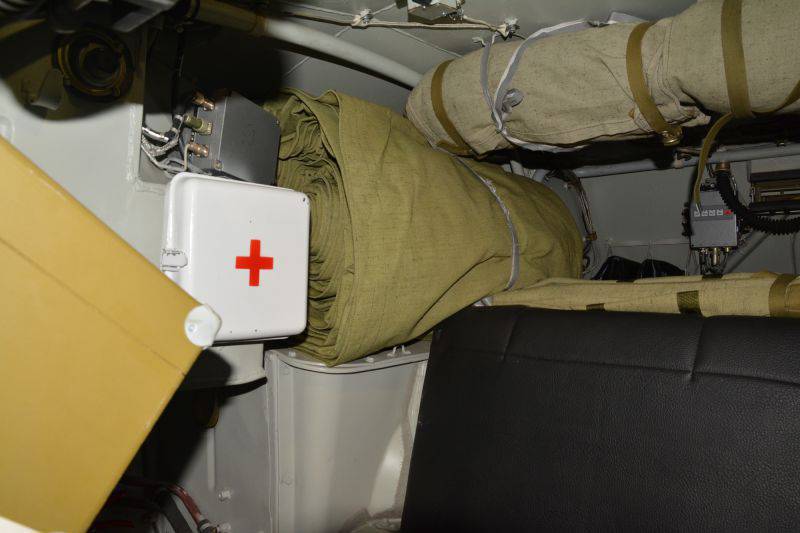 The back of the right half of the troop compartment 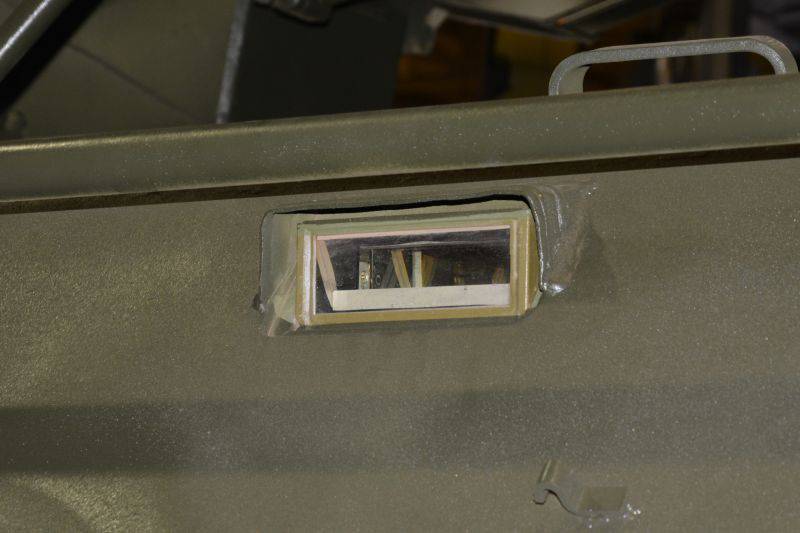 The troop compartment is equipped with viewing devices in the sides 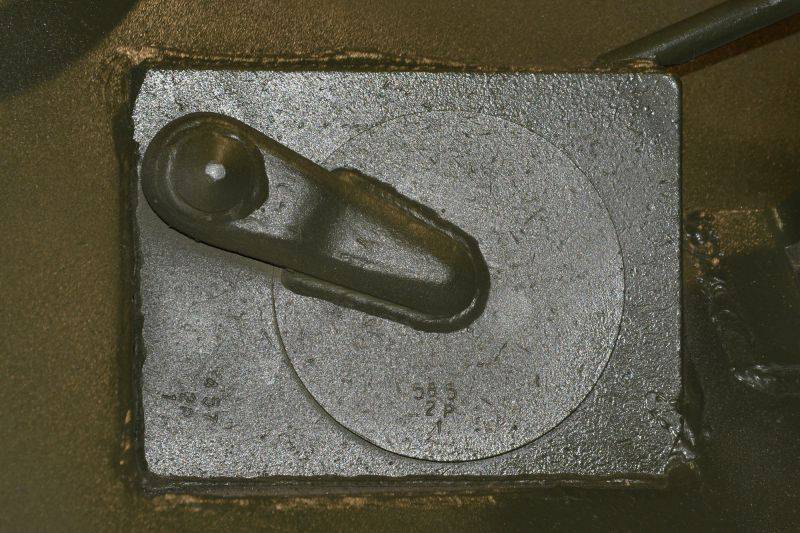 Also around the perimeter of the habitable volume are loopholes 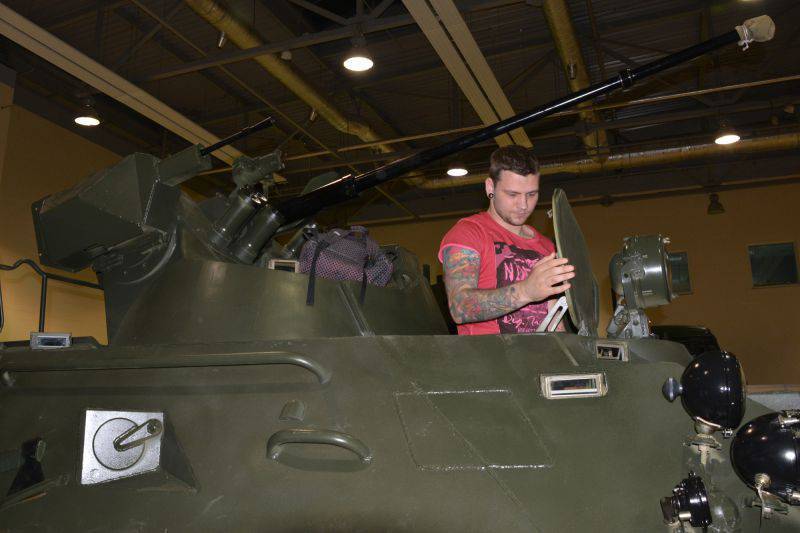 The tower with a gun 2А72 and a machine gun PKTM 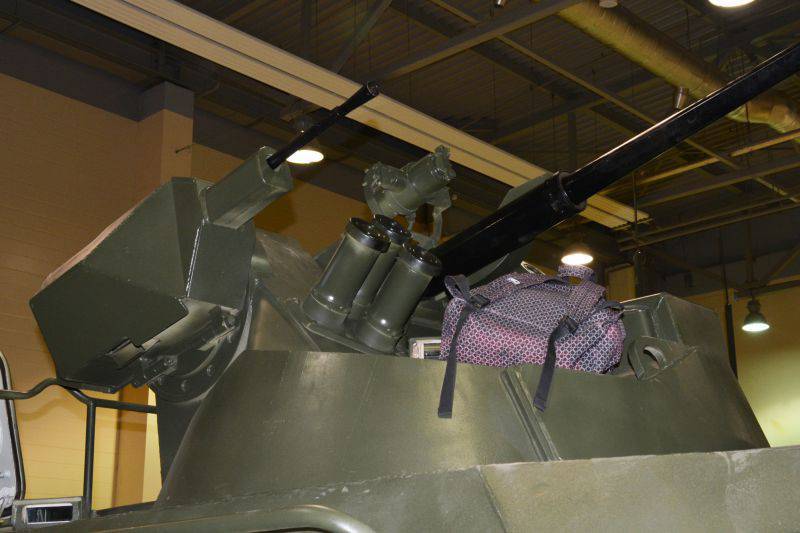 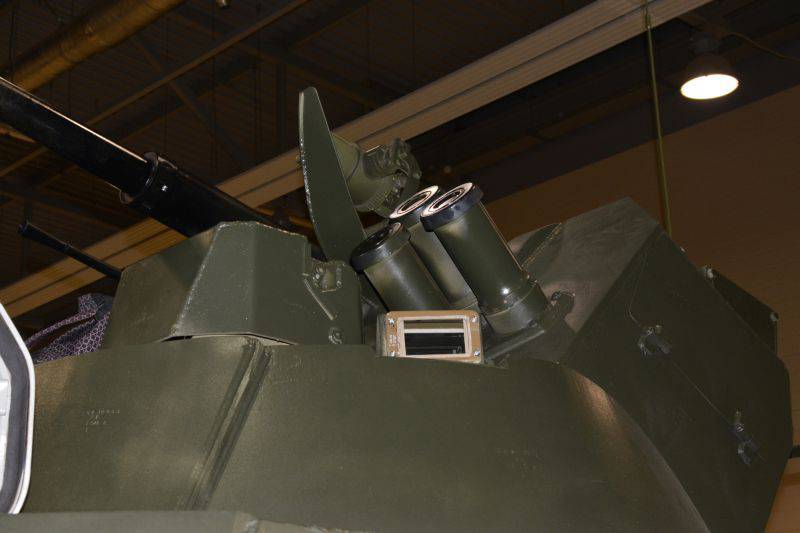 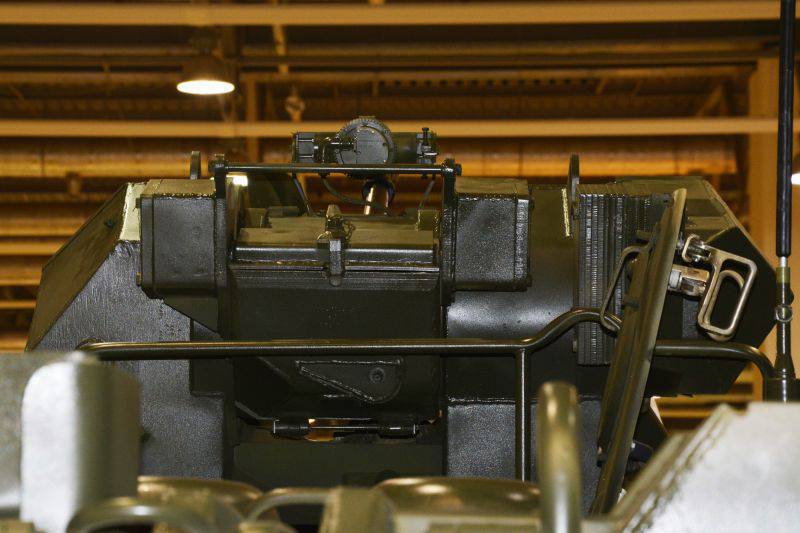 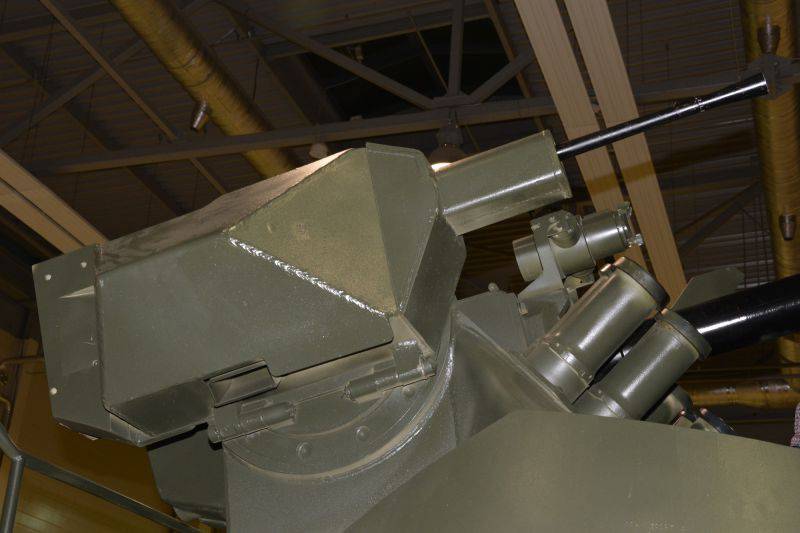 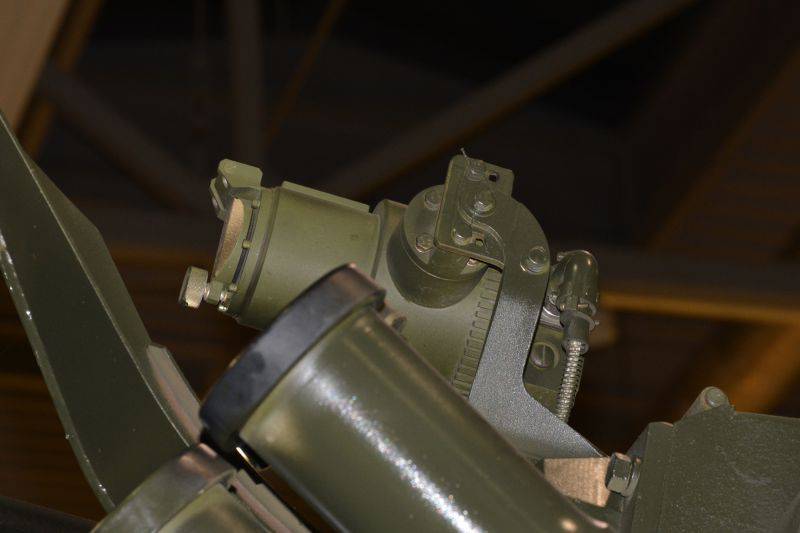 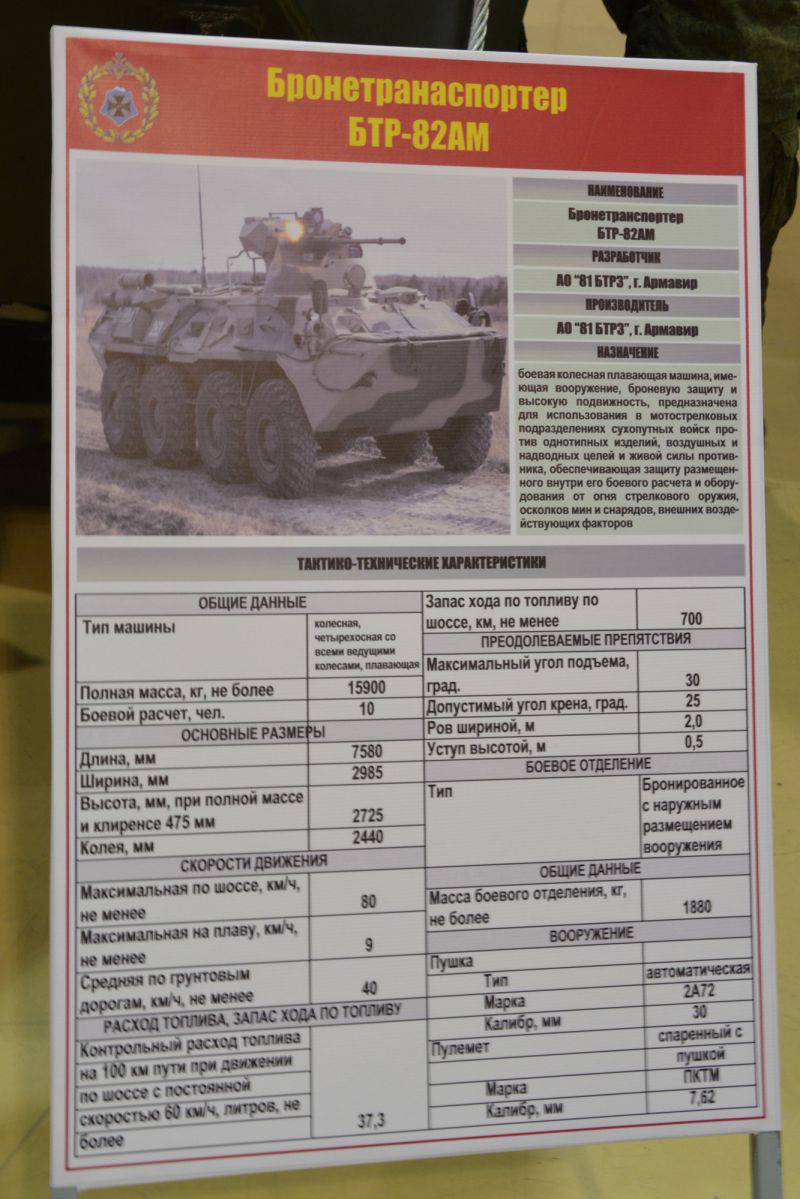