October 13 2015
47
In the fighter air regiment of the Southern Military District, located in the Rostov region on Tuesday, the first batch of the newest Su-30CM arrived, reports MIC with reference to the district press service. 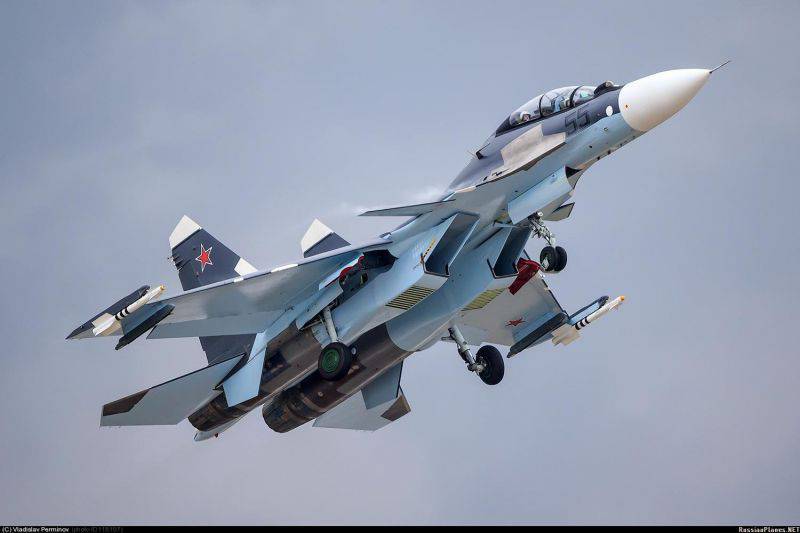 “Three planes flew from an aircraft plant in the Irkutsk region with a total length of more than 4 thousand km, with two landings for refueling at airfields in the Novosibirsk and Chelyabinsk regions”, Says the release.

“In total, by the end of the year, in accordance with the plan for the re-equipment of the troops of the Southern Military District, aviation The regiment will receive more than 20 Su-30SM aircraft. In addition, last week 3 newest Su-34 fighter-bomber arrived in a separate bomber regiment of the Southern Military District, ”the press service said.

“The double Su-30CM multi-purpose fighter combines the functions of a fighter, attack aircraft, and a bomber. It can with equal efficiency strike air targets, hit ground and surface objects. Su-30SM is equipped with a radar with a phased antenna array, it is able to use modern and advanced high-precision armaments of the air-to-air and air-to-surface class, ”the report says.

According to the press service, “now all the pilots and the engineering staff of the aviation regiment have completed a full course of training in the Lipetsk Training and Retraining Center for the flight crews, mastered the tactical and technical characteristics of a multifunctional aircraft, its technological base and equipment.”

We are in Yandex Zen
Innovation Day of the Southern Military District: the Uran-6 robotic complex
Su-30M arrived in Kazakhstan!
47 comments
Information
Dear reader, to leave comments on the publication, you must to register.