October 13 2015
33
Two "explosive" incidents occurred today in Ukraine. At night, an unknown person from a grenade launcher fired at a shopping center in Mukachevo, and in the early morning an explosive device worked at the editorial office of the newspaper “For our Peremog” in Alexandria (Kirovograd region). According to the latest data, an RGD-5 grenade exploded in Alexandria, which was thrown into the editorial office. From the message of the chief editor of the publication Boris Logvinov:
The explosion occurred at 4: 05 am. The fragments are broken 16 glasses, damaged walls, burned paving slabs near the gate, where the grenade fell. The explosion is another warning from the local authorities, who does not tolerate criticism and disclosing materials in his address. 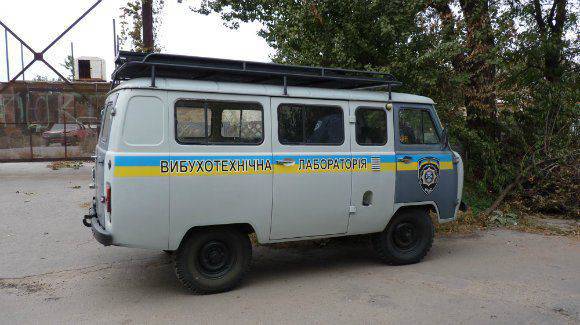 In addition, Logvinov reports that before the explosion, he was attacked by unknown persons.

According to the editor-in-chief of the newspaper “For our Peremog”, the attack leader can be the current head of Alexandria - Stepan Tsapyuk.

The shelling of the Mukachevo shopping center was carried out at night. There are several windows in the building. According to the publication "Correspondent"there are no victims. At the scene found "remnants of the charge of a grenade launcher." Of particular interest in this case is the article of the Criminal Code of Ukraine, which initiated a criminal case. This article is “Hooliganism.” I wonder how long the shelling of city buildings from grenade launcher became classified in Ukraine as hooliganism? ..

Ctrl Enter
Noticed a mistake Highlight text and press. Ctrl + Enter
We are
Reports from the militia of New Russia for 13-14 September 2014 of the yearResults of anti-terrorist work on Dagestan in April 2014
33 comments
Information
Dear reader, to leave comments on the publication, you must to register.