The union of patriots


The key problem of modern patriotic consciousness is the “kingdom divided in itself”. Chasm artificially created between history Russia and the history of the Soviet Union. And now there is also added the fatherhood, the “Russian gods” and an attempt even to present the Orthodox period of the history of Russia as a distortion of the “Aryan truth” and the Slavs. Create additional warring camps. 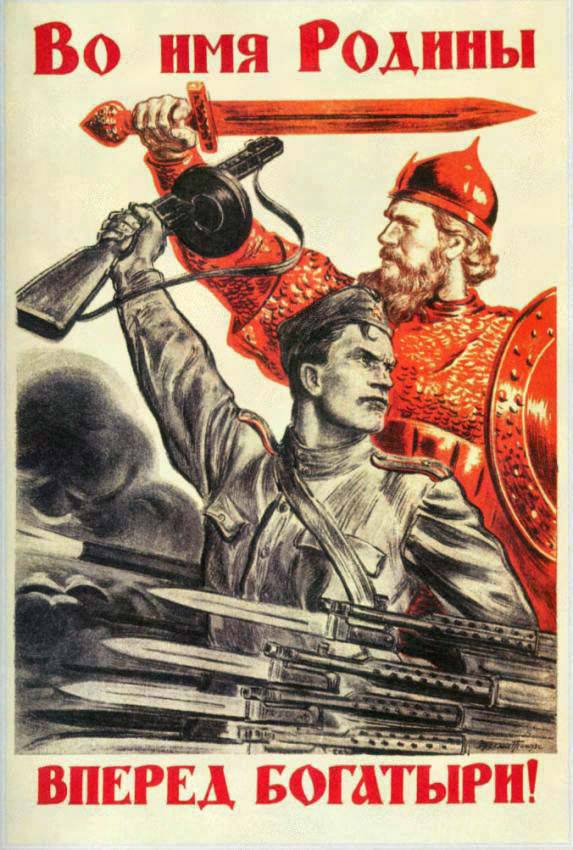 Most striking is the intransigence with which often advocates of the ancient faith or Orthodox activists often speak. The direct feeling that you are talking to a man obsessed. He is ready to refuse the Russian people in being if that does not correspond to the canons, which are clearly clear in the head of our fanatic.

This is something terrible, repulsive. Something fundamentally anti-Russian. After all, our empire is the art of combining contradictions and different cultures. This is well understood by our enemies. Therefore, huge funds invested in any teaching, in any organization, so long as they sow discord and intransigence. Hatred within a society on a national, religious, territorial basis. And we must learn to see these seeds of hostility. And defeat them with the power of generosity, intelligence, and goodness. And good can be with fists.

Monarchists, Orthodox, Democrats and populists are so often branded with obscene words of "red", refusing the Soviet period of historicity in general, it is "not history, but pathology." Expositions of the criminal Soviet regime are falling one after another. Reverse criticism is less, the political situation of the victorious "anti-communism" is reflected. This situation of "historical schizophrenia" and psychological breakdown in the perception of their homeland must be immediately stopped.

The history of the motherland is one. With ups and downs, scoundrels and heroes, geniuses and ignoramuses. The tragedy of the civil war and revolution of the early twentieth century is not that the “good” reds defeated the “bad” whites. The tragedy is that the best sons of the Russian nation exterminated each other instead of creating. Heroes and devotees on both sides, respect for the enemy, memory of the fallen. No wonder the Borodino field is a monument to the fallen soldiers and the French army!

Russian and Orthodox traditions are not phobias with thoughtless hatred, this is understanding and forgiveness. Forgiveness, even when not asking for it. Today, the true Russian deed would be to bury the ax of internal discord and start building together. Combining even what seems paradoxical. Love can do anything.

The sons of one great nation, some wonder-heroes stood under the banner of Dmitry Donskoy and Suvorov, Frunze and Denikin, Brusilov and Zhukov. For one great cause the Russians fought in the first, second and third domestic wars.

Let the white or red err, but “the dead shall not shame,” let them forgive them, may we credit them with our devotion to our faith to the end. May the best achievements of the Russian Empire and the Soviet Union take places in the halls of our pride. Let every schoolchild know that his homeland has always, without a single exception, been great and righteous, a model of spirituality and social strength. A Russian may be a communist and an Orthodox, but he remains the son of the only nation in the world that has indicated the path of salvation to the whole world.

Without reconciliation with history, there can be no integral patriotic consciousness and full-fledged love for the motherland. Only a people who are united within themselves, who have managed to postpone feuds for a great purpose, will reach the stars and can lead.

Ctrl Enter
Noticed a mistake Highlight text and press. Ctrl + Enter
We are
What you didn't want to know about EnglandOn the other side of the “red” and “white”. Izborsk Club Report
27 comments
Information
Dear reader, to leave comments on the publication, you must to register.