In search of Putin's puppets

October 14 2015
28
Speaking in the 60 Minutes TV program on CBS, American President B.H. Obama called Viktor Yanukovich a “corrupt ruler” and “Putin’s puppet.” Representatives of the Kremlin, the State Duma and the Federation Council with a similar characteristic of the ousted Ukrainian president did not agree. In addition, the American leader made a reservation (in his "historical" style). Bearing in mind Yanukovych, he called the “corrupt” the ruler of Ukraine, who “ruled” the country at the time when Obama himself began his presidency in the United States. But in January, 2009 Ukraine was ruled not by Yanukovych, but by Yushchenko. 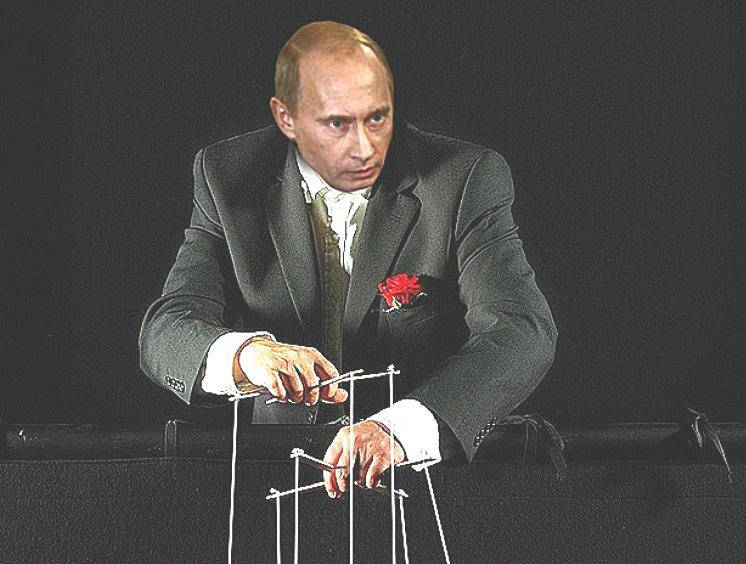 Barack Obama told the host "60 minutes" The following is to Steve Croft: “When I came to the office, Ukraine was ruled by a corrupt ruler, who was a puppet of Mr. Putin” (“When I came to office”).

President Obama’s carelessness, we add from himself, as well as his historical knowledge, even related to the near past, has long become a byword. But the USA is taking an active part in the “democratization" of Ukraine. It would seem, then how can one be mistaken? And you can’t name the TV presenter young and green. But he was wrong.

Ukraine in January 2009 was ruled by President Yushchenko. Recall the dates of his presidency: January 2005 - February 2010 Yanukovych came to power more than a year after Mr. Obama’s accession to the White House.

It turns out that Obama called “a corrupt ruler” and “Putin’s puppet” not Yukchenko, but not Yanukovych.

Nevertheless, of course, Obama spoke about Yanukovych. Not Yushchenko, after all, was dropped as a result of a Maidan-coup, supported by Washington.

Received a comment from the Kremlin. At the request of the press, Dmitry Peskov commented on Obama's statement. “To call the puppet a former president who was ousted from power violently as a result of an armed coup d’etat organized and assembled from the outside is hardly appropriate,” he was quoted as saying. "Vedomosti".

The ex-president of Ukraine Viktor Yanukovych has never been a puppet of Russia, said RIA News" Roman Khudyakov, member of the international committee of the State Duma, commenting on the words of Barack Obama.

“Yanukovych differs primarily from Poroshenko in that he didn’t unleash a bloody massacre when the Maidan was in his time. He could give a hard order to the riot police to attack and disperse (the people) ... But since he loved his people, he did not want bloodshed, ”the agency said.

According to Mr. Khudyakov, Yanukovych, who was removed from power during a coup d'état organized from outside, was never a puppet of the Kremlin.

The US president wanted to call the former puppet of Ukraine Viktor Yanukovych a puppet, but in fact spoke of former President Viktor Yushchenko, said RIA News" Chairman of the international committee of the Federation Council Konstantin Kosachev.

“It is curious: in yesterday’s TV interview, the US president made a very distinctive reservation, calling the president of Ukraine, who was in power at the time when Obama himself came to the White House, a“ corrupt leader ”and puppet of Moscow. The piquancy of the situation is that it was at the moment when Obama appeared at the helm of power in the United States, that is, in January 2009, the highest post in Kiev was occupied by Viktor Yushchenko, ”Kosachev said.

“I’m not going to judge his corruption, but about Moscow’s control over it ... Viktor Andreevich started (would) from such an assumption,” the Russian senator believes.

According to him, the American president, apparently, had in mind Yanukovych.

Indeed, let’s add on our own, every student of history is aware that in his foreign policy, Mr. Yushchenko preferred to curtsy not with Russia, but with the European Union and the American “hegemon”. It is widely known (and included in Wikipedia), for example, that Yushchenko supported the American idea of ​​deploying missile defense systems in Eastern Europe.

Politics Yushchenko as a whole was characterized as anti-Russian and generally far from the notion of the friendship of peoples, bearing in mind Ukraine and Russia. It was not possible to expect otherwise from a politician approving the "North Atlantic" integration.

It was Yushchenko who called for a Black Sea stay fleet in Crimea.

What kind of "Putin puppet" here?

But here Barack Obama simply made historical inaccuracy. He is no stranger. U.S. too.

Much more interesting is another: Obama is a gossip. Ukrainian presidents, all as on selection, are the real American puppets. Especially the current one. Instead Poroshenko could sit on the throne Klitschko (he liked Germany, but decides these questions is not Germany), and he, too, would be a puppet. In fact, there is no difference in what circles the next “helmsman” of Ukraine comes out of. "To steer" he will be given only as long as his interests do not disperse from the American and Western European.

Yanukovych "blundered" with the "European integration" and the final turn of Ukraine towards the "fraternal family of European nations" - and he was thrown off through the "Maidan" and cookies. Blind Yushchenko-the United States would have thrown him. Wrong behavior can lead to a new "Maidan" for Mr. Poroshenko.

Ukrainian presidents are puppets of the White House, but not Putin. Saying the name of the owner of the Kremlin, the American president humiliates himself. Allow me, Mr. Obama, can there be anyone else in the world except yours? And if so, then which of you is a hegemon?

Observed and commented on Oleg Chuvakin
- especially for topwar.ru
Ctrl Enter
Noticed a mistake Highlight text and press. Ctrl + Enter
We are
Results of the week. "And your American music is shit"May Day in the style of Airborne
28 comments
Information
Dear reader, to leave comments on the publication, you must to register.