Who our missiles hit in Syria: who screams, hurts 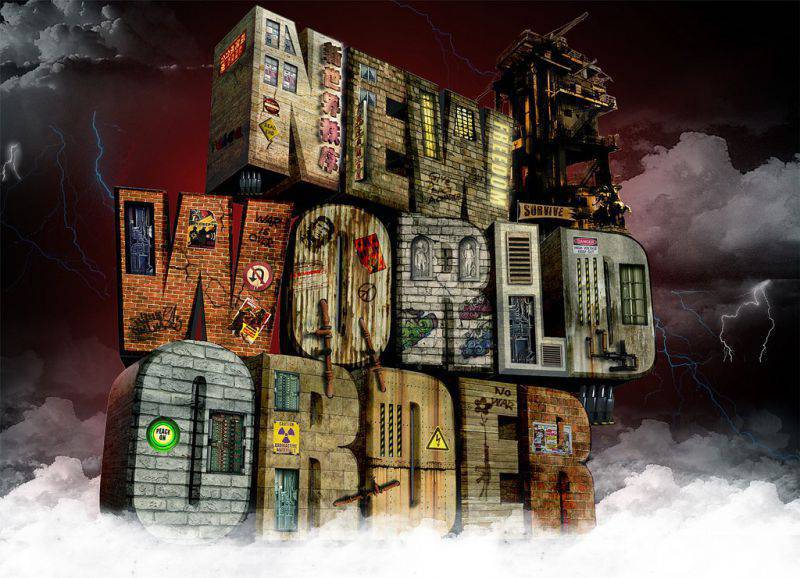 If we proceed from the speed with which the United States and NATO responded to the Russian airstrikes on the positions of the IG, the conclusion is that the strike goal was achieved instantly (even before the damage assessment among the militants). And judging by the semantic content of criticism of Russia, the geography of its sources, the volume of fakes and newspaper ducks, it turns out that this goal is far beyond the borders of Syria.

From the moment of the first strikes in public space, there was a discussion about the meaning and necessity of this operation. Questions and warnings sound very different. Whether Russia will be drawn into a ground operation, whether Syria will become a new Afghanistan for Russia, what will happen if Russia starts to suffer losses, does this operation strengthen the security of the country.

The composition of the moderate and unlimited opposition to Bashar Assad is thoroughly analyzed. The names of numerous terrorist (and not so) groups with a full layout by the number of fighters and weapons sound. Military experts are thinking about the impossibility of defeating the Islamic state with the help of some air strikes.

Questions are certainly important, worthy reflections, and serious warnings. However, in the heat of the controversy, the main question remained: what did Russia want to achieve by entering into military operations on the territory of Syria.

Decisions of this level are not made on the basis of, but “what can happen if ...”. Such questions are just subject to further discussion. The main motive for making turning decisions is always inevitability - the need to prevent an unfavorable scenario.

This does not mean at all that decisions of this kind are spontaneous. On the contrary, they are always inscribed on the global agenda, and they are a situational reaction to exacerbated global challenges, but they are prepared carefully and in advance.

If you look at events from this point of view, it becomes obvious that the threat of terrorism cannot be the cause of airstrikes. At least from those considerations that global terrorism has existed for 15 years, and during this time, Russia has never entered into hostilities with terrorists beyond its borders.

The gas implication cannot fully be such a cause. It certainly exists, but again it has already existed 4 of the year, since the signing of the Tripartite Memorandum between Iran, Iraq and Syria on the construction of a gas pipeline to the shores of the Mediterranean Sea. The memorandum was signed on 25 on June 2011 of the year, after which the US began to arm the moderate Syrian opposition and a civil war began.

The most logical is the assumption that the reason was the desire to preserve statehood as such in Syria. Especially when you consider that, in addition to air strikes, Russia also increased the supply of weapons to Syrian government troops. In addition, the United States directly calls this reason the purpose of Russia's intervention in the fighting. The United States in this situation acts as a victim, which means that they have more faith. True, Washington at the same time personifies the statehood of Syria in the personality of Assad, which is the first sign of manipulation.

Syrian President today represents the only structural force that opposes the jihadists, and he also acts as a guarantor of the observance of the memorandum on the construction of the gas pipeline. And the fact that his name is Bashar Asad is tenth. The Russian Foreign Ministry, by the way, defends precisely this (structural) position. However, it does not mention at the same time about the gas context, which would be strange.

The confrontation (under the guise of democratization) of the new global law and order and national jurisdictions is indeed the basis of the global conflict. A volley of cruise missiles from the Caspian Sea was another clue as to the reasons and reasons for Russia's entry into hostilities in Syria.

Observers and experts quickly responded to the hint, and the theme of the changed configuration of the entire world security system was articulated in public space. Military analysts took the compasses in their hands and began to draw circles on the map, denoting where the “hand of Moscow” could now reach.

Everything is just like that. Russia really broke the familiar picture of NATO military superiority in the world theater of possible hostilities. But even this conclusion does not describe the entire depth of tectonic shifts in the system of world security.

In order to appreciate the significance of the Russian air strikes and the Caspian salvo, one must understand that power superiority is not an end in itself, and security issues are inseparable from the issues of the political and economic structure of the world.

The USA explain their right to democratization by the presence of a certain universal formula (matrix) of prosperity and prosperity. Allegedly, any society can be immersed in this matrix regardless of the value bases, and this society will instantly become rich and happy. However, the matrix without its carriers does not exist, and any macromanagement (formation of trends) requires a police apparatus.

All this construction ideologically rests on the premise that the laws of the market are unconditional and in no way connected with the ideas of good, evil and justice. The statement itself is controversial. But even agreeing with him, it should be recognized that in addition to the laws of the market, there is criminal, customs and tax legislation, which does not work without a coercive apparatus.

Simply put, whoever maintains order distributes cumulative profits. The thesis of the US on the universality of the laws of the market (the so-called “de-ideologized ideology”) actually hides the proposals of themselves as the main regulator of the world economy, or rather, confirming the status of the main regulator. And each bombardment by the NATO forces of Yugoslavia, Iraq, Libya or Syria is only an assignment of this status to Washington.

No doubt. A single market requires uniform rules. The only question is who will set these rules and control their implementation, the UN or the US? The right to use force will be formed inclusively (I apologize for the fashionable term) or alone?

These questions were central to the last UN General Assembly. Vladimir Putin and Xi Jinping talked about the need for common efforts. Barack Obama talked about the US exclusive right to use force, and he had every reason to.

Russian precision strikes weapons on the positions of the Islamic state in Syria and the Caspian volley deprived Washington of the grounds not only to talk about the exclusivity of their rights to use force, but also of the exclusive. Exclusive on establishing common world rules.

Ctrl Enter
Noticed a mistake Highlight text and press. Ctrl + Enter
We are
What you didn't want to know about EnglandInterview by President Bashar Al-Assad to the Sunday Times
37 comments
Information
Dear reader, to leave comments on the publication, you must to register.