Opinions of Russians about the anti-terrorist operation in Syria

October 13 2015
226
Last week, the All-Russian Center for the Study of Public Opinion (VTsIOM) began publishing surveys from a single series called “Ours in Syria”. The main task of the survey, according to statements by representatives of the sociological monitoring service, is connected with the identification of the Russians' opinion on the participation of Russian military personnel in the counter-terrorist operation in Syria. In addition, the level of interest of Russian citizens in Syrian topics is estimated.


One of the questions of sociological research was related to those whom Russians consider the main culprits in the protracted Syrian conflict.

Question VTsIOM:
In Syria, 4 is already a year of bloody war. In your opinion, on whom does the main part of the blame lie for the fact that it continues?

The next question VTsIOM draws attention to is related to the fact what support should Russia provide to Damascus?

This question could be given no more than three answers from the proposed. The triple of answers, which leads in the frequency of choice of respondents at VTsIOM, is as follows: 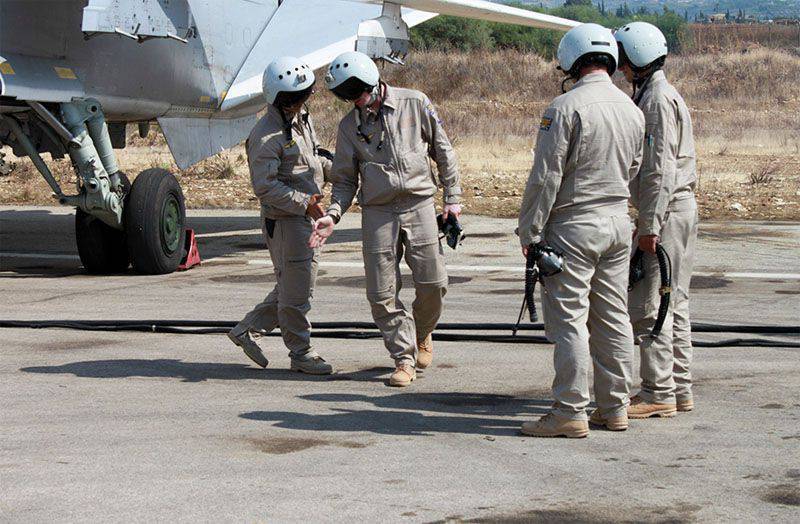 5% of respondents chose to help in the form of a ground force operation in Syria as one of the answers. Interestingly, among these people there are those who answered the question above about the perpetrators of the bloodshed in Syria, answered: "Russia"? ..

24% of responses came from the option: deliveries to Syria Russian weapons.

Further VTsIOM proposes to choose one of the options after some introductory text. The text and the question are as follows:
26 years ago ended the Afghan war. What do you think is the main lesson to be learned from the war of the USSR in Afghanistan?

Response options proposed by the Russians who participated in the VTsIOM survey.

Russia does not need to participate in the Syrian conflict, and then Islamic terrorists will attack Russia.

29% of respondents were in favor of this option.

Russia needs to participate in the Syrian conflict in order to stop Islamic terrorists on long-distance approaches, and not on their own territory.

This answer has become the most popular. 64% of respondents were in favor.

At the same time, 66% of respondents (results on a different issue) said they were generally positive about the decision of Russian President Vladimir Putin to send the Russian military to Syria aviation to fight the militants. 27% of respondents do not approve of this decision.

Naturally, such results automatically upset "our non-survivors." The ultra-liberal mass does not know which way to rush in order to “debunk” the successful counter-terrorist actions of the Russian HQs in Syria and equally successful strikes against the insurgents from the Caspian Sea. How can, the mass of this help foreign media resources, including groups in social networks.

The most recent trend, “the cost of an attack carried out by Caliber cruise missiles, is more than half a billion rubles — it would be better for Putin to raise pensions for the elderly and disabled!” From the same series: “Russian military aircraft bombed Syrian territory so much that it would be better to invest these funds in an economy that has already been torn to shreds. ” There are not only ordinary people who try to think in such categories, but also quite respected (in certain circles, of course) economists. One promise: expensive, you know, very expensive! It would be better if the old women distributed everything ...

Distributing old women is, of course, wonderful, but here’s an incident: most often those who still in 90 have managed to be part of the glorious Russian government of the Yeltsin era, when the ста old women ’did not give out what there are rockets, but even what they were supposed to do according to the law. - People couldn’t get their tiny retirement month for 5-6 ... And now the figures who took part in the economic section of the Soviet pie and, sorry, slanted the economy (with the accent on the second syllable), bringing half of the country's population to poverty, suddenly, as it were, They say, knowingly, what the state should spend money on and should not.

I wonder why no one from this “glorious galaxy” who estimated the cost of economists-professionals or amateur economists who were released by “Calibrov” tells the “old ladies”, why did the cost of a barrel of oil increase by 10% from the start of the Russian antiterrorist operation in Syria? Why doesn’t he talk about how much money this made it possible to get the Russian budget on the basis of newly concluded contracts?

In the end, why do critics of the actions of the Russian Federation in Syria say nothing about the “penny” it cost and, unfortunately, the opposition to the terrorist threat on Russian territory continues to cost? These are enormous funds, given the systematic work of identifying the activity of the gangster underground, curbing the activities of extremist preachers, eliminating the channels of internal and external financing of terrorism. Or, according to the adherents of Russia's sitting on the “pope exactly” and contemplating how the new and new terrorist scum is being set on the country, and this money “would be better to distribute to the old women”? If so, then the main question is: did not those who think in such categories try to stop serving the interests of foreign sponsors of the terrorist infection, but simply start working and paying taxes to the Russian treasury? After all, then the benefits of "old women" will be immeasurably more ...

We are in Yandex Zen
Front lines in the Syrian conflict as contours of the future world order
Syria: Americans scare themselves, and Asma Asad buys chairs
226 comments
Information
Dear reader, to leave comments on the publication, you must to register.