October 13 2015
23
At the end of 2014, the armed forces received the first batch of Typhoon armored vehicles. Soon the troops were handed a few more dozen of similar armored vehicles, which should undergo pilot operation. According to some data, at present, units of the Southern Military District are currently operated by three dozen Tayfun-U armored vehicles manufactured by the Ural plant. Not so long ago, one of these cars arrived in Rostov-on-Don to participate in the exhibition "Innovation Day of the Southern Military District."


The Typhoon project, which started a few years ago, attracted more than a hundred defense and automotive enterprises, as well as various research organizations. The head company of the project "Typhoon-U" became Miass car factory "Ural", which was noted by the appropriate letter in its name. The first detailed information about the “Typhoon-U” project appeared in 2011, however, until a certain time a new type of car was not in a hurry to be shown to the general public. For example, the first demonstration of this vehicle at the Parade of Victory took place only in 2015 year, while the “Typhoon-K” machines of the KamAZ plant went to Red Square a year earlier.

Like other vehicles of the family, the Ural-63095 "Typhoon-U" armored vehicles are intended for transporting personnel and certain cargoes in high-risk areas. According to the technical task, the new armored vehicles received a set of defenses against small arms. weapons and explosive devices. Thus, the design of the machine protects the crew and troops from attacks from ambushes and other attacks. 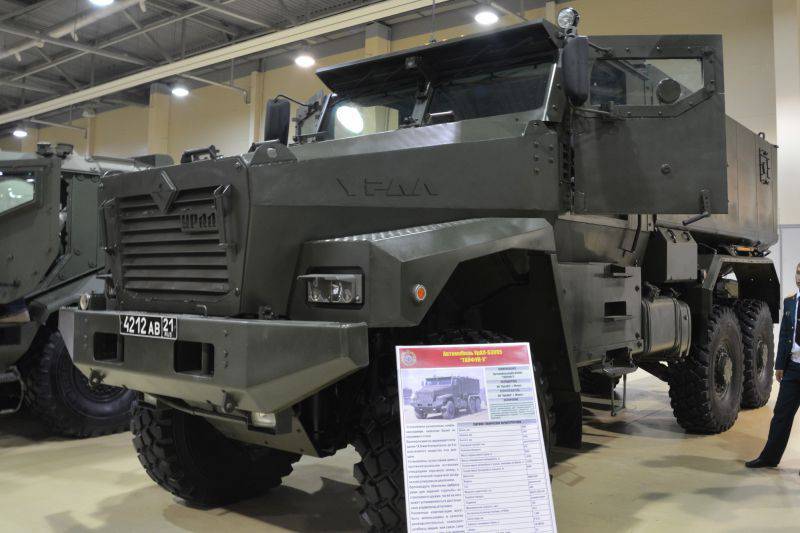 A relatively large armored car "Typhoon-U" can have a mass up to 22,5 t. At the same time, up to 4 t falls on the payload - landing force or cargo. It is also possible to tow a trailer weighing up to 8 t. With such weight characteristics, the machine must be equipped with an appropriate power unit. The YMZ-5367 hp 450 diesel engine is installed under an armored hood. Associated with the engine gearbox MZKT-4361-40 and other transmission units, providing the transmission of torque to all six driving wheels.

Declared the possibility of driving on the highway at speeds up to 100 km / h. The armored car has two fuel tanks on the 210 l each, which make it possible to travel up to 1000 km of track without refueling. Independent pneumatic-hydraulic suspension provides the ability to move off-road and overcome various obstacles. Water barriers intersect ford. The suspension design allows you to change the clearance of the machine, adapting it to the existing conditions.

The armored car is equipped with a protected cabin and a separate module to accommodate the landing. Protection of the crew, troops and units is provided by spaced armor, the design of which uses metal sheets and ceramic plates. Thanks to this, Typhoon-U withstands hitting 14,5-mm bullets, and is also able to protect people from undermining a charge of TNT weighing up to 8 kg.

Inhabited hull volumes are divided into two parts. The first is the driver's cabin. It has three seats for the driver and accompanying. The cabin is equipped with communication systems and other necessary equipment. The module for the transport of troops is made as a separate unit mounted on the chassis. It was previously mentioned that in the landing module you can place up to 16 seats for soldiers. Exhibit sample cars received only 14 seats for the landing.

To get inside the armor module landing should use a lowered ramp. In case of failure of the lifting units, it provides for a door that can be opened to the side. The crew and the landing can monitor the environment through a large windshield, windows of the doors of the cabs, as well as through small glasses in the sides of the armored module and in its ramp. All glasses, with the exception of the windshield, are equipped with embrasures for firing personal weapons.

The roof of the module provides two hatches that can be used to install weapons, including remote-controlled combat modules. The need for such equipment and its type are determined by the customer in accordance with its needs.

According to open data, no fewer than 30 Tayfun-U armored cars have been built so far. Since the end of last year, the Typhoon family of armored vehicles has been in pilot operation in subdivisions of the Southern Military District. 63095 and 5 of October, one of the Miass production machines was located in Rostov-on-Don, where she took part in the exhibition “Innovation Day of the Southern Military District”. We present a photoreview of this armored car. 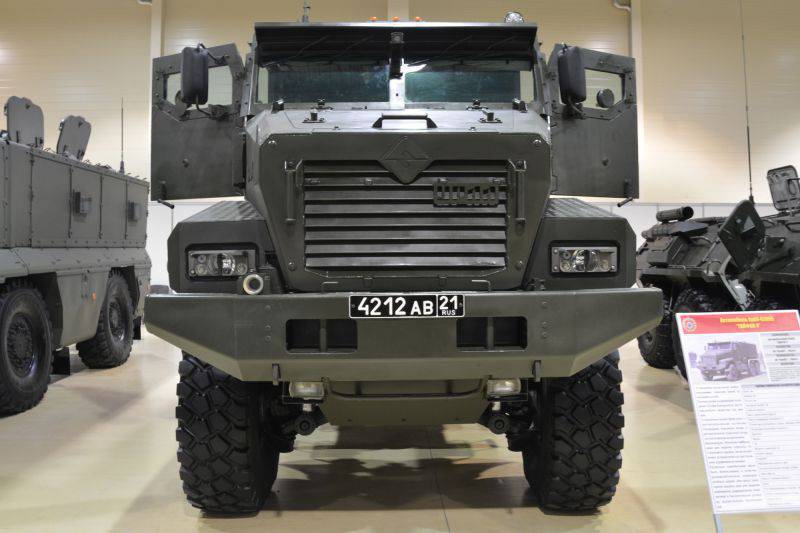 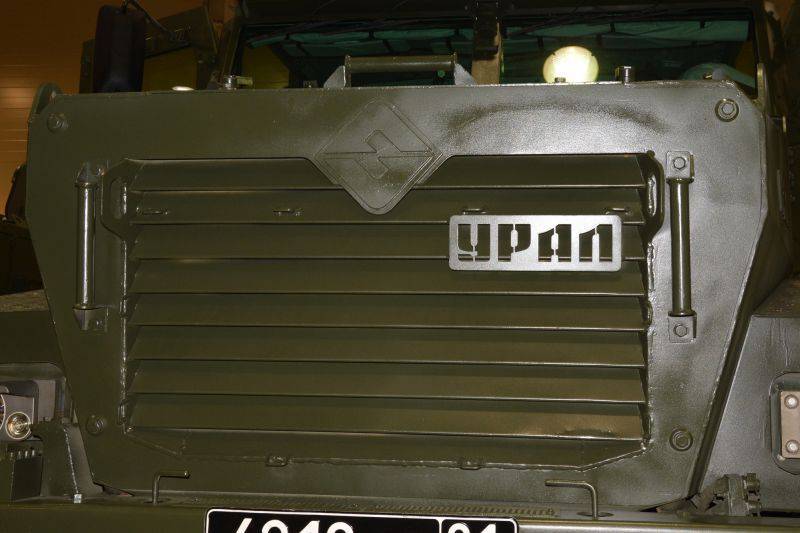 Manufacturer name on a separate label 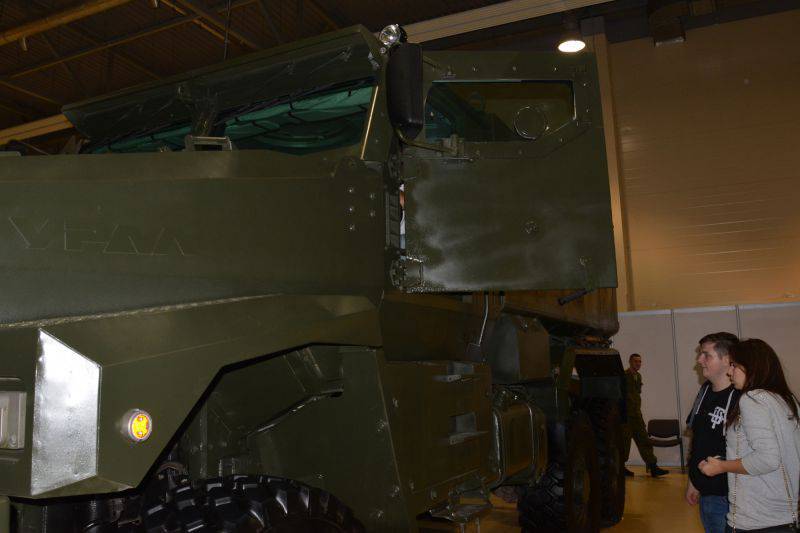 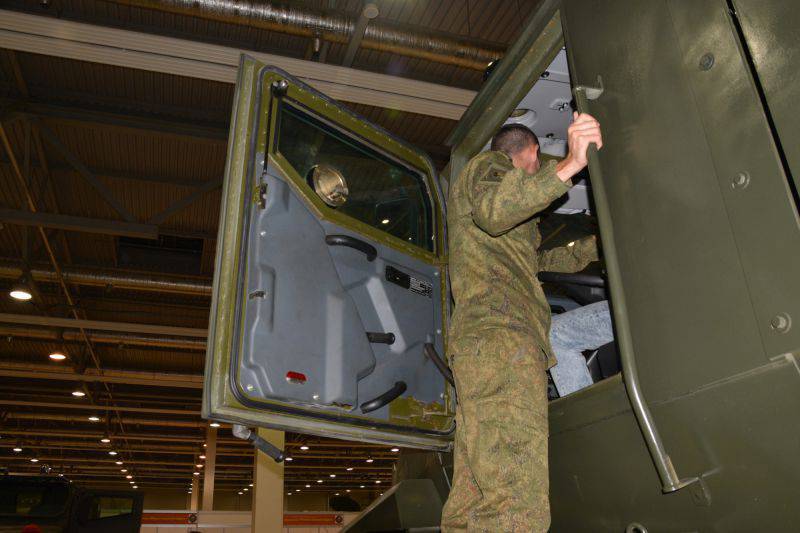 Typhoon-U is not compact. Moreover, the body of the exhibition sample was raised by suspension 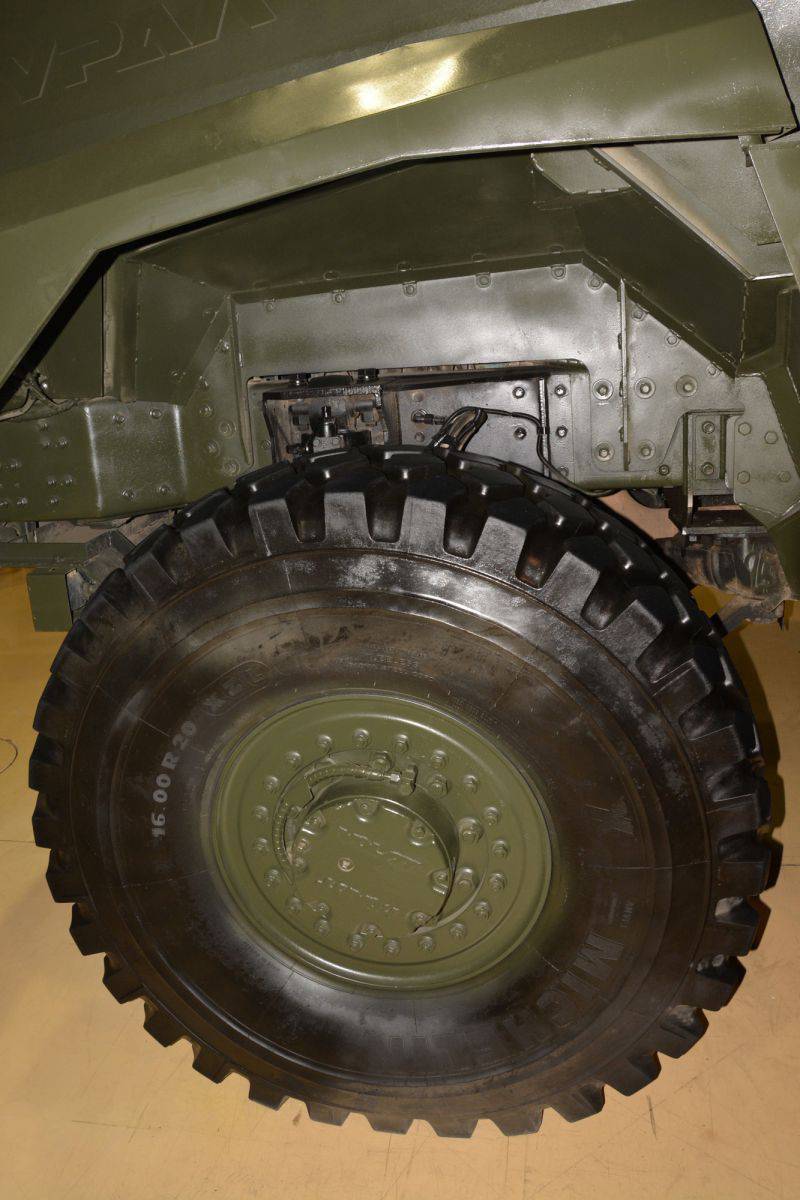 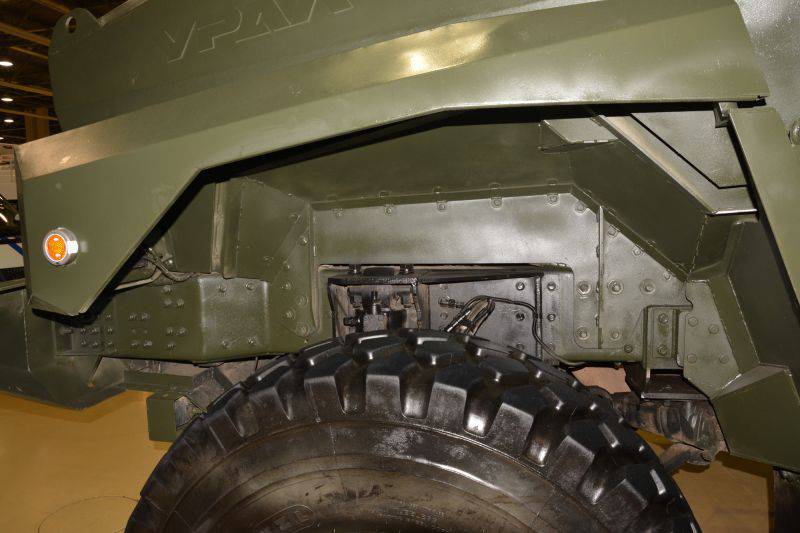 Elements of the front axle, port side 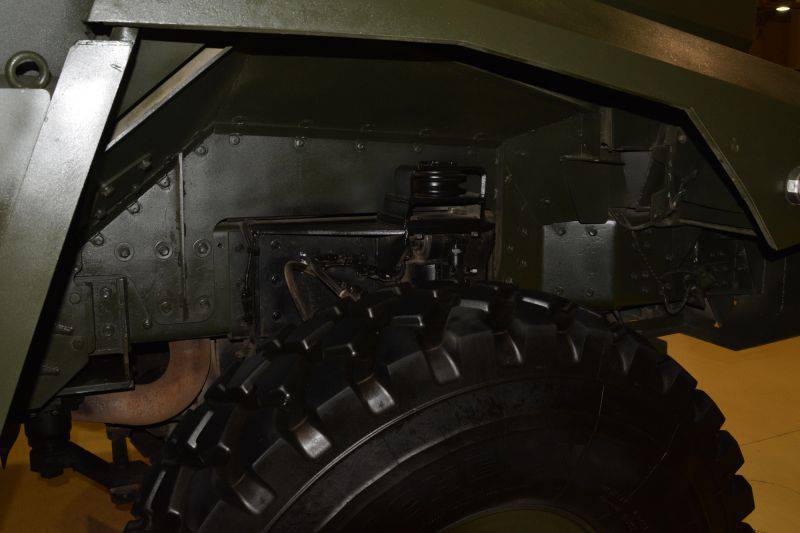 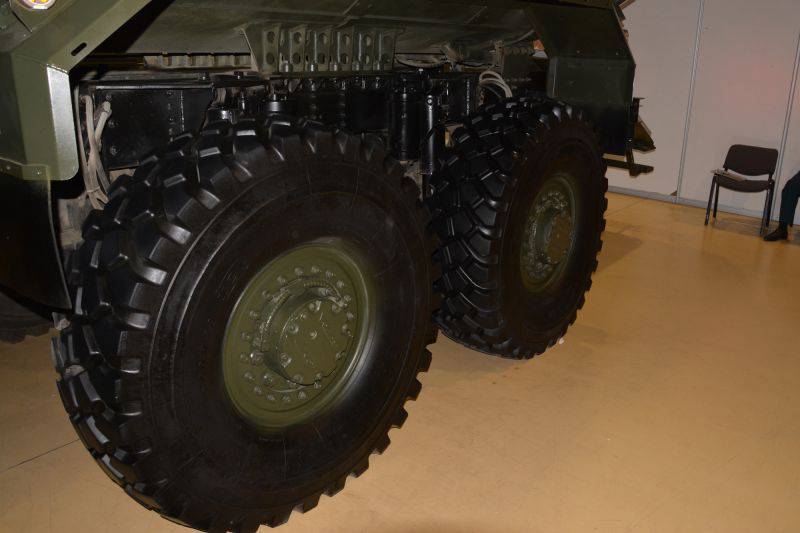 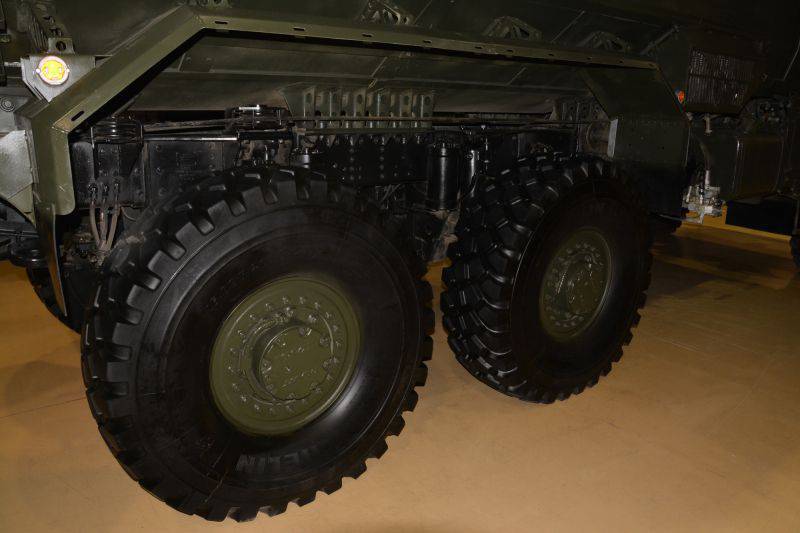 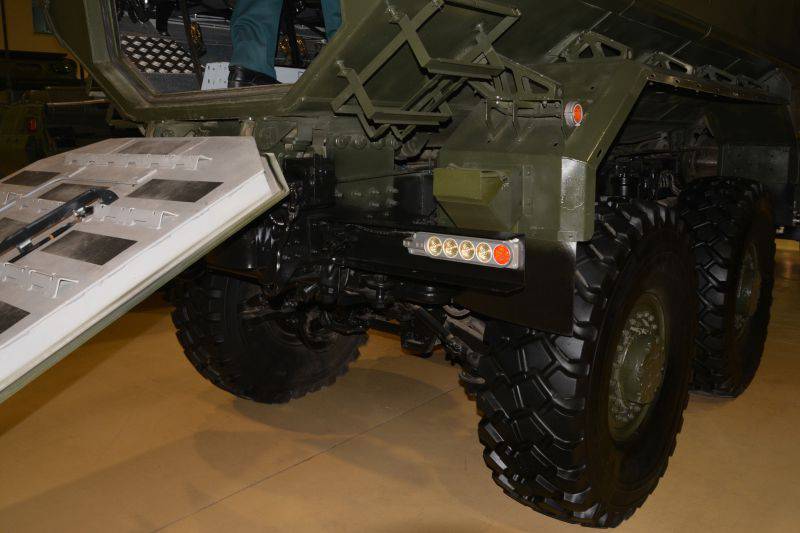 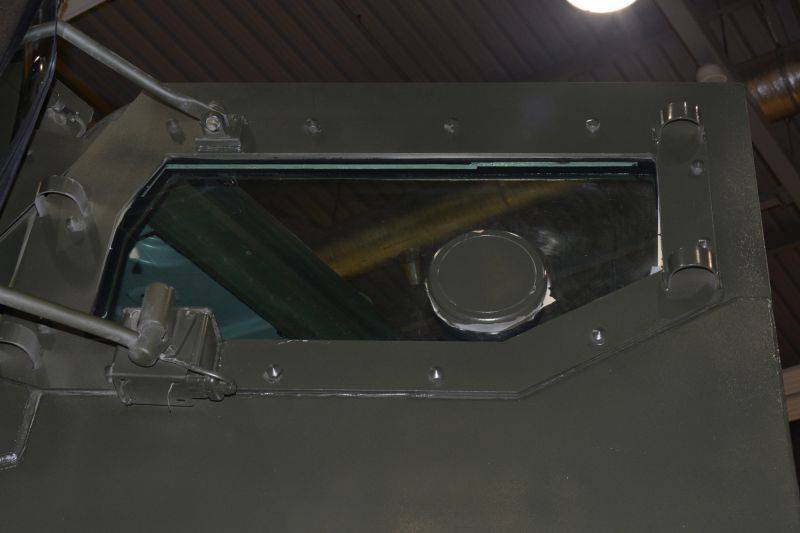 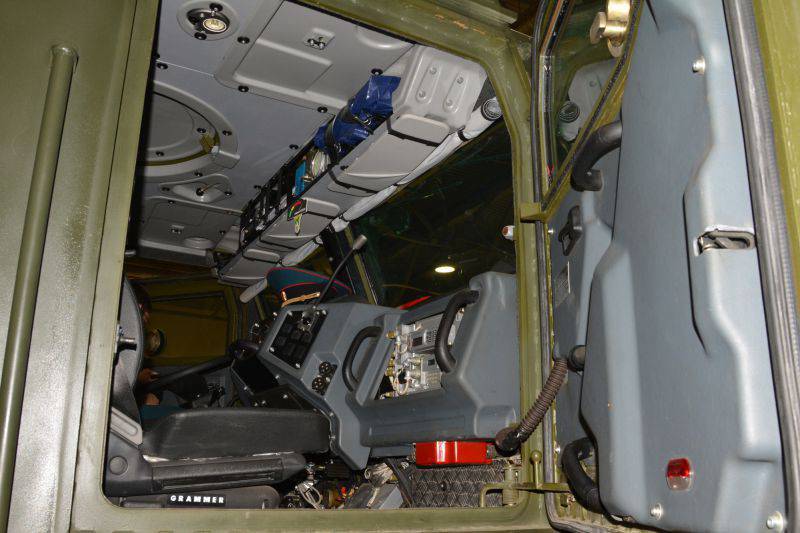 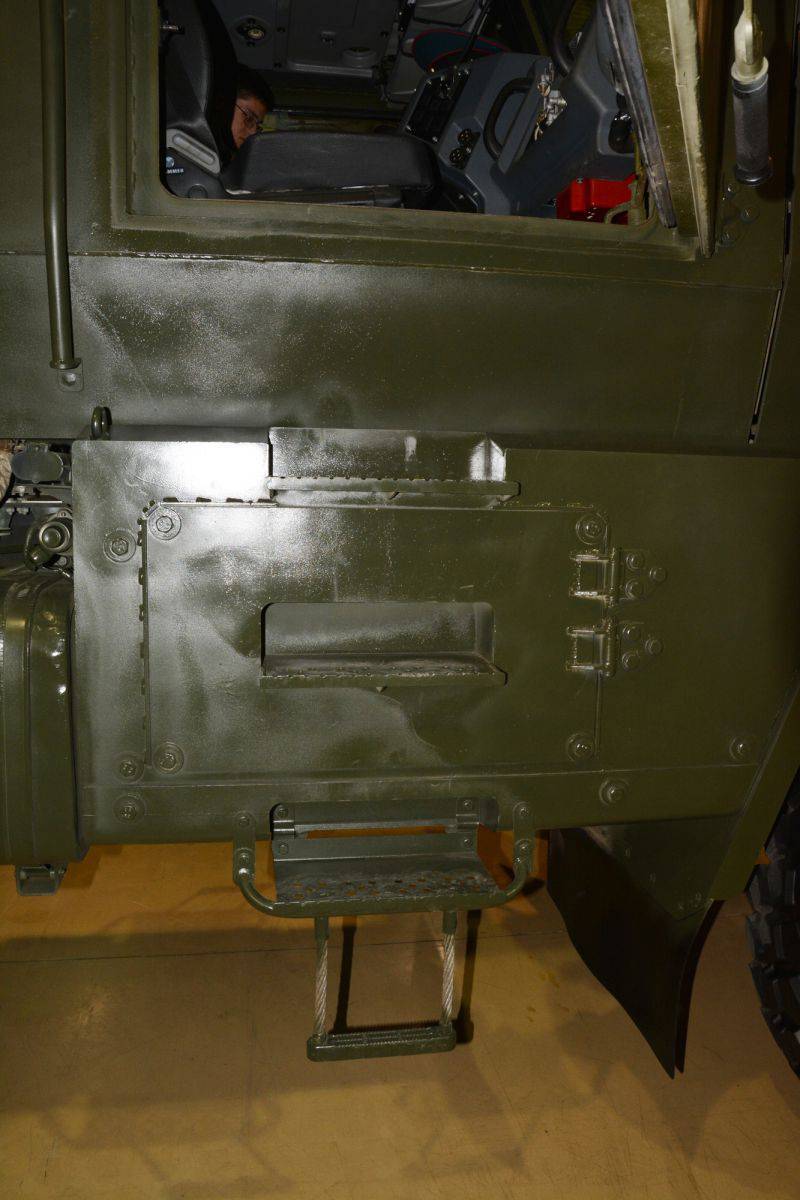 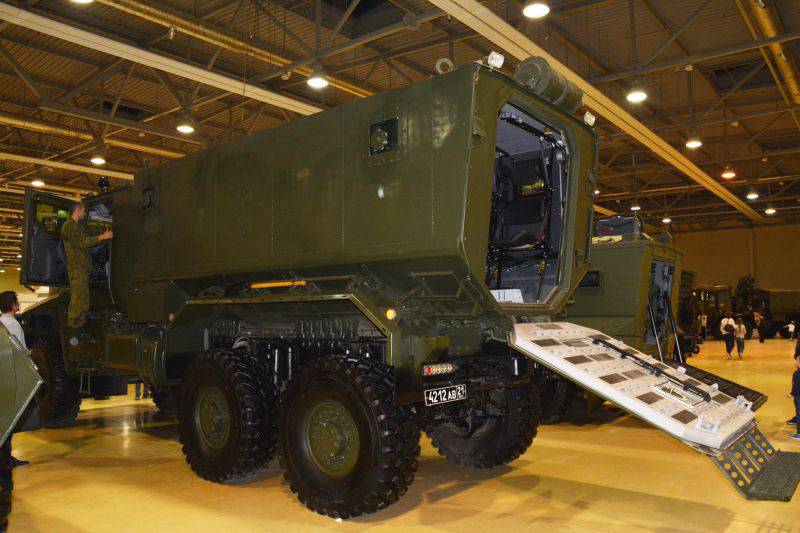 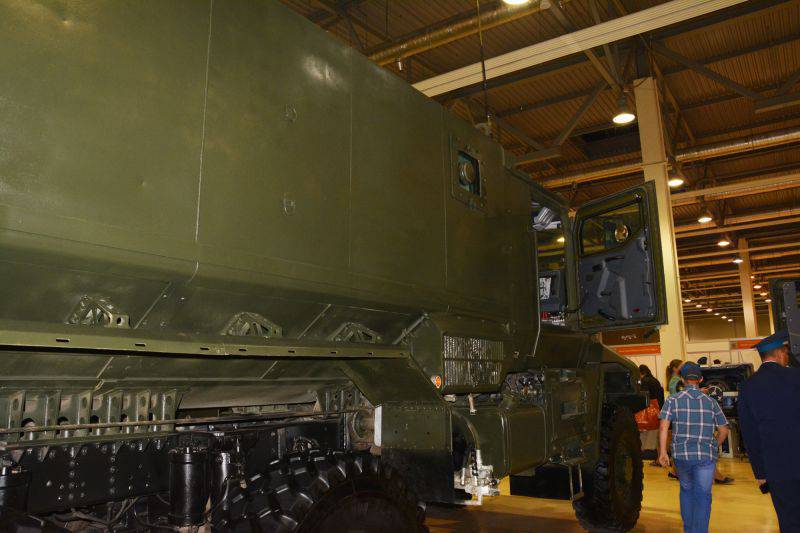 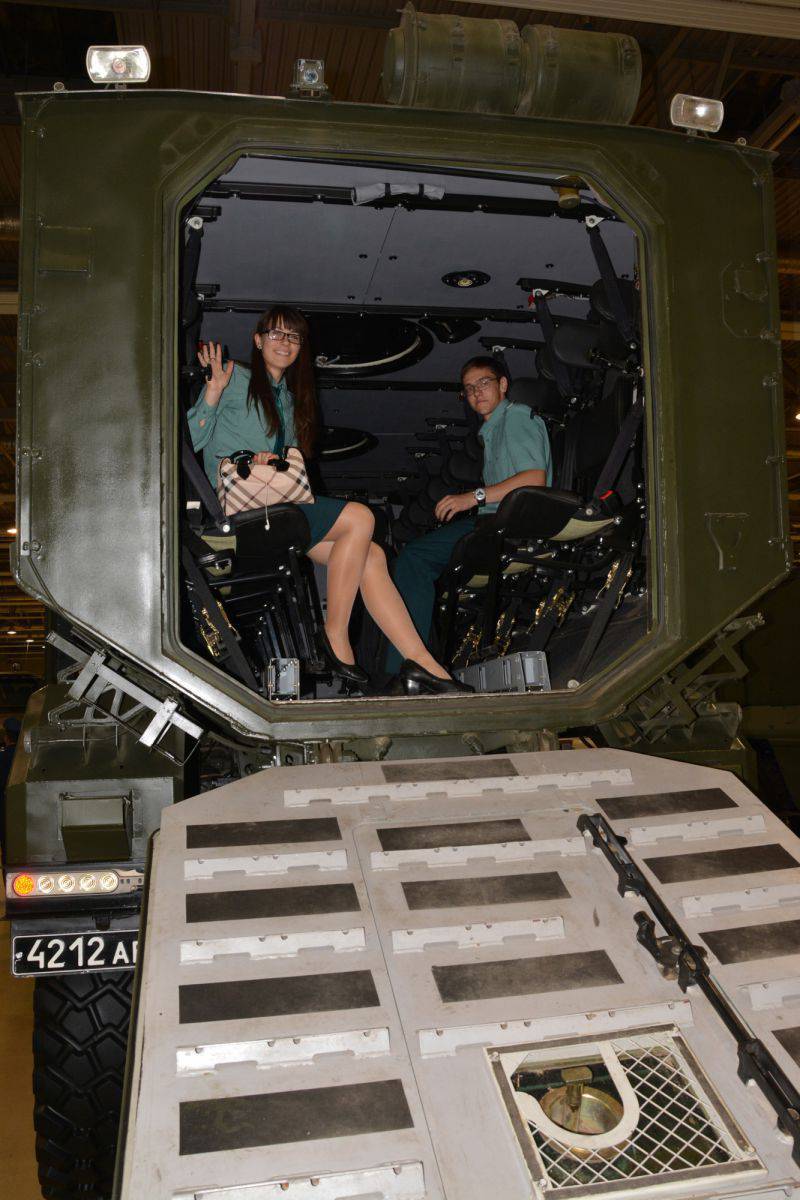 Future defenders of the Fatherland are introduced to the new technology. You can appreciate the layout and convenience of the troop compartment 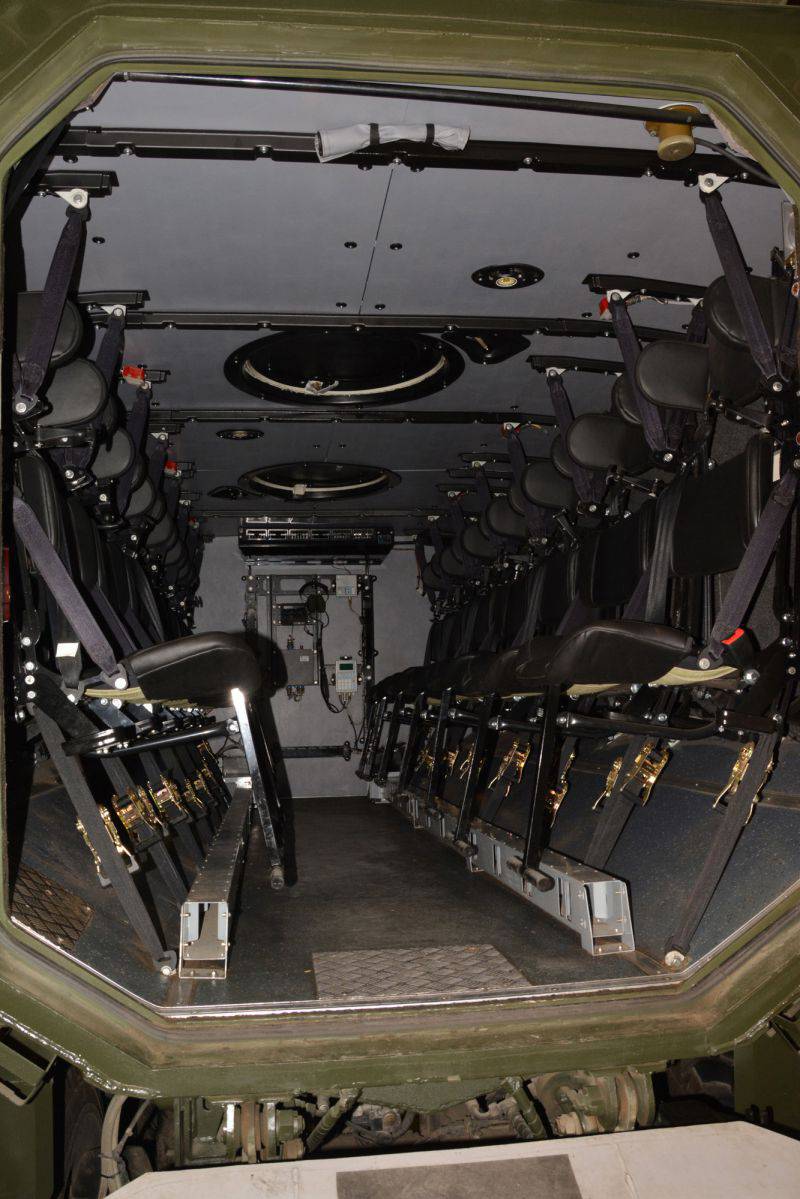 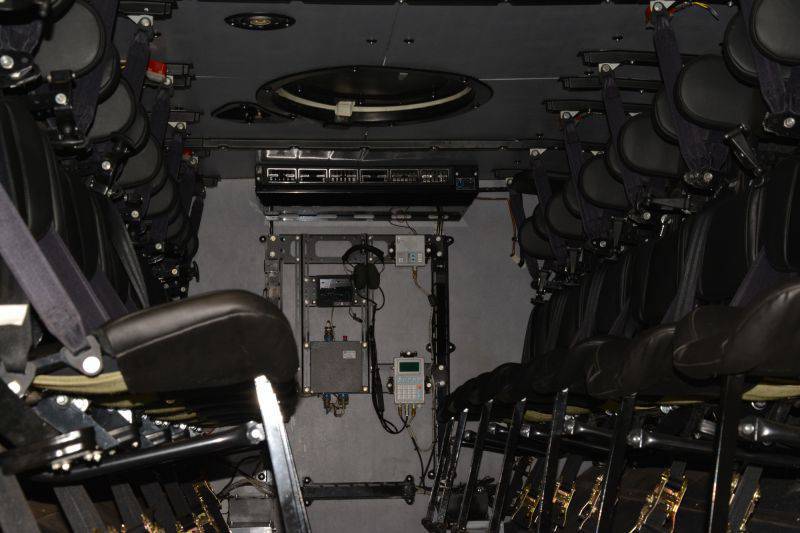 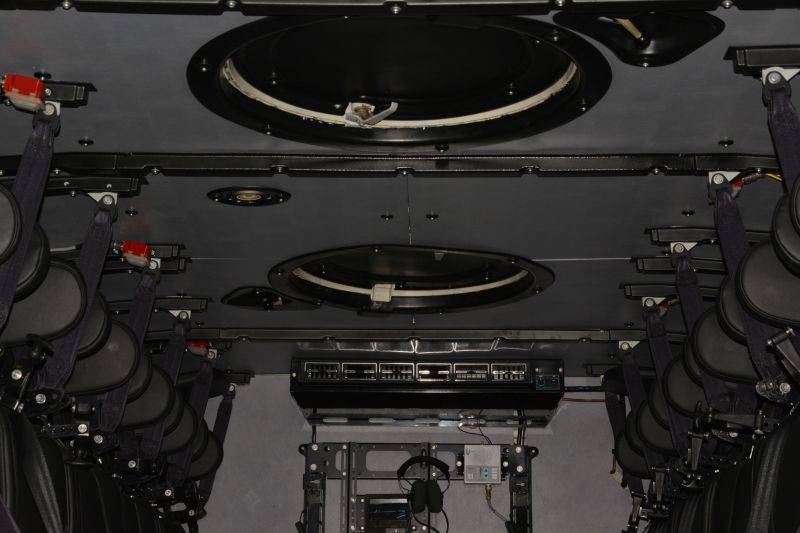 There are hatches in the roof of the troop compartment 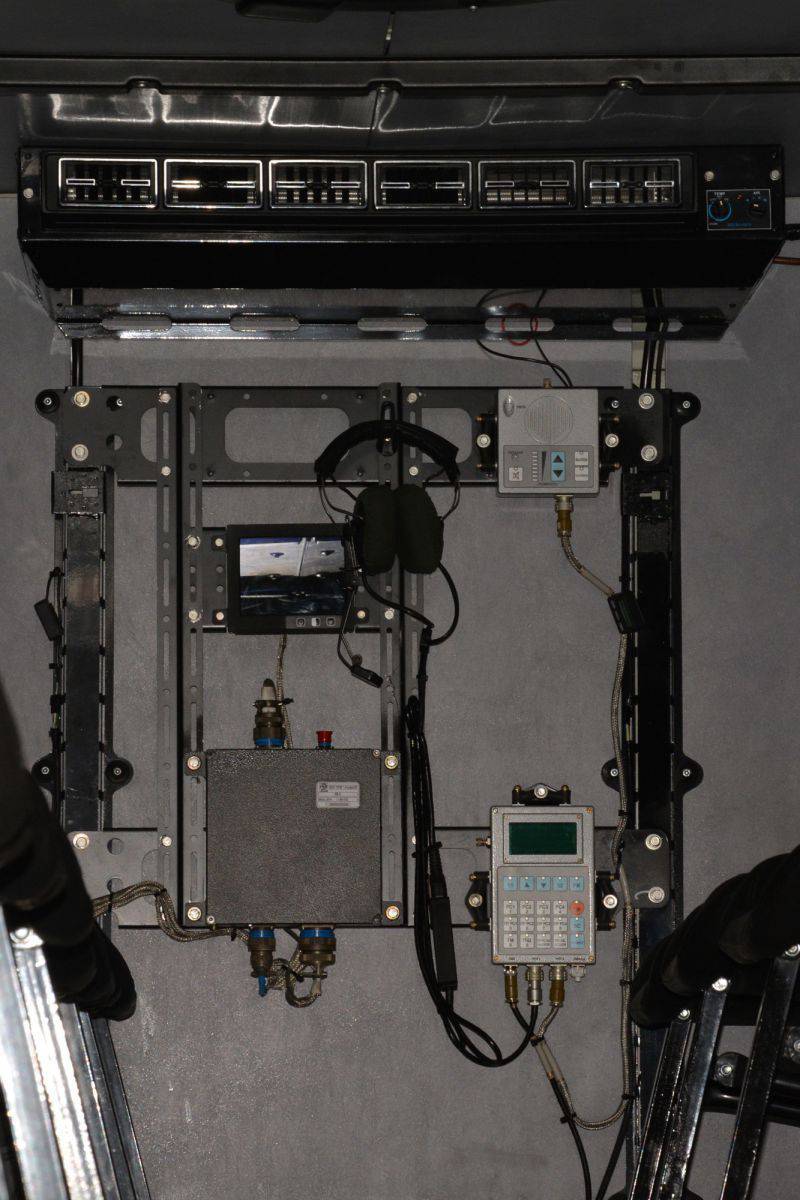 Communication equipment on the front wall 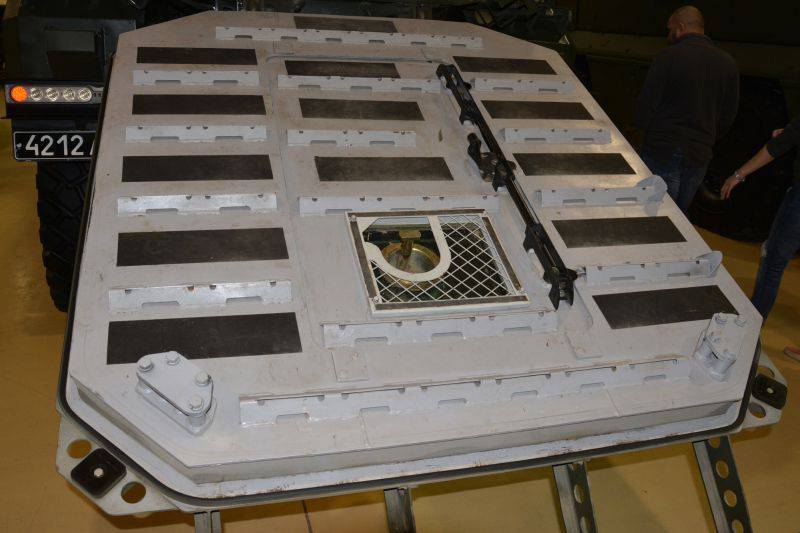 Stern ramp. For ease of use on the surface of the welded corners-steps 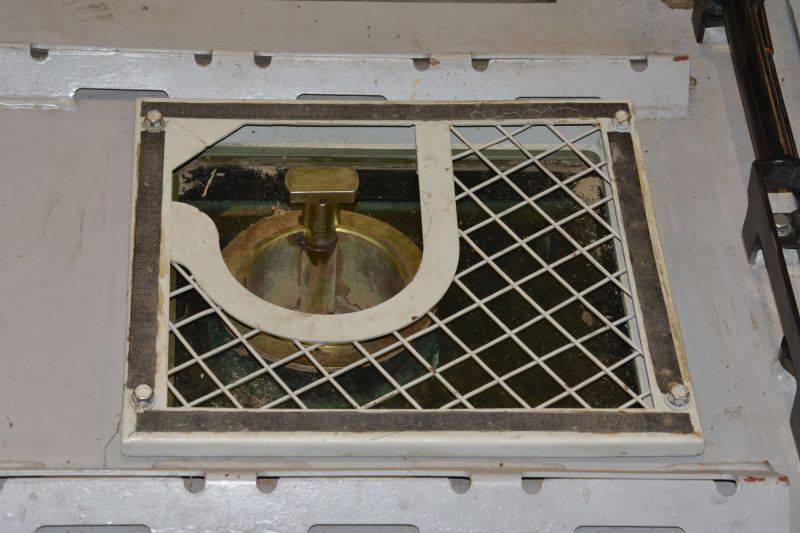 The glass embrasure is covered with a grill to prevent damage 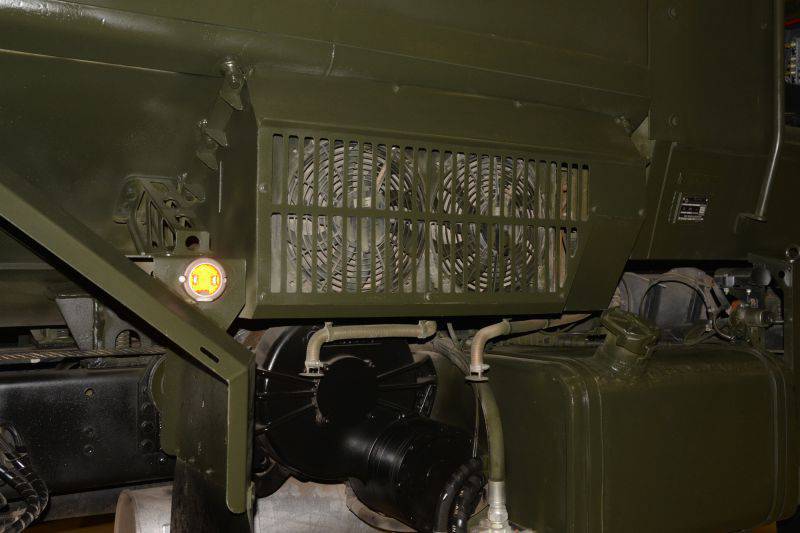 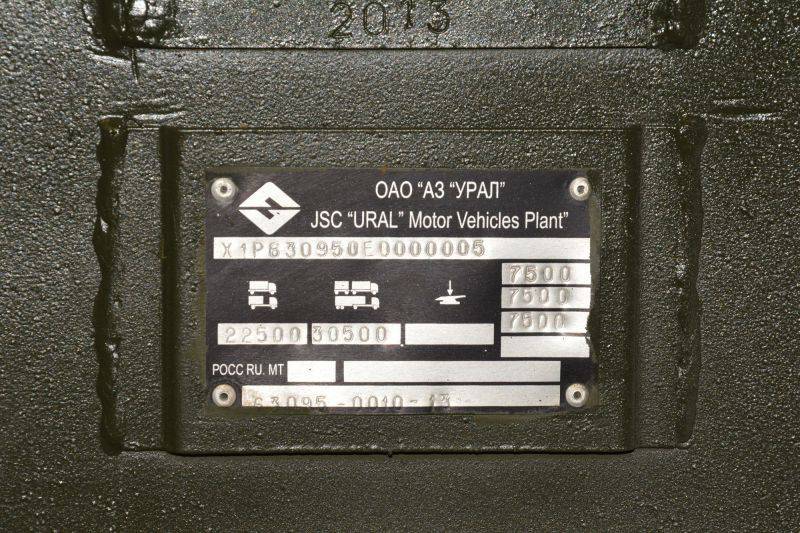 Information about the car 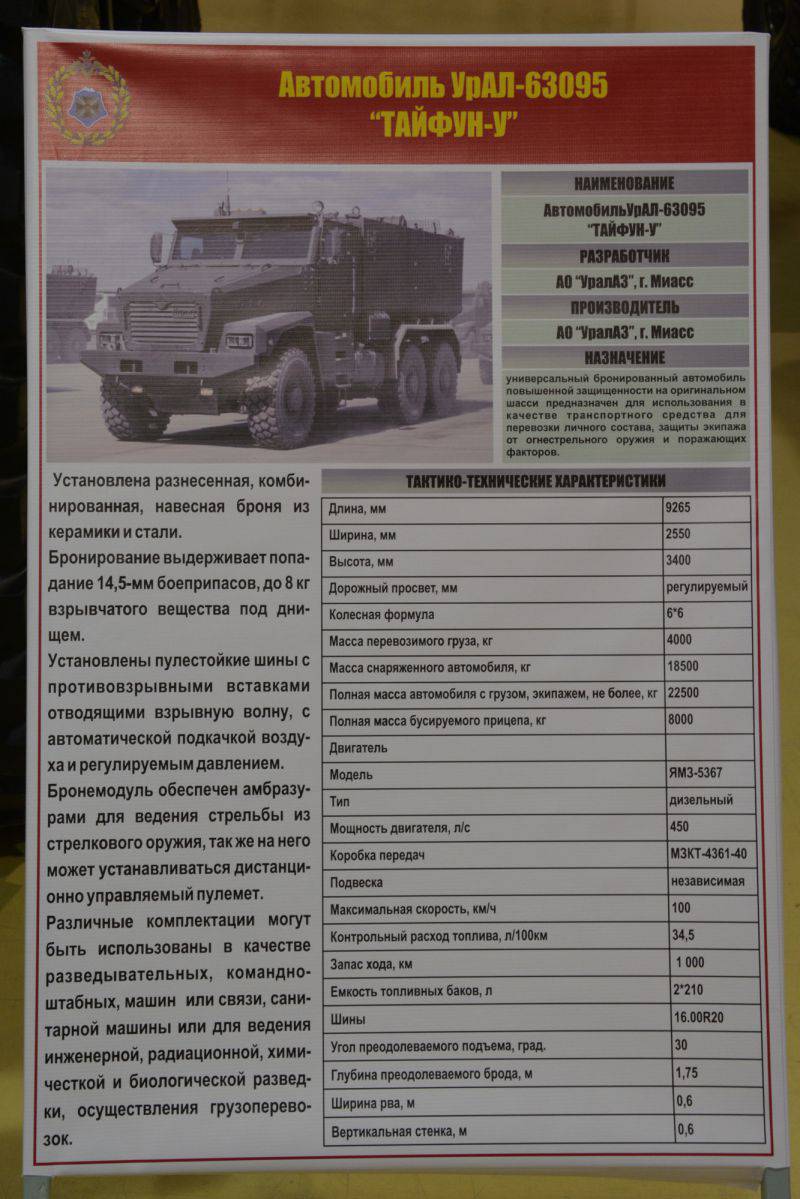