October 12 2015
71
Petro Poroshenko said on Sunday on the air of Ukrainian television that next month, American specialists will begin to implement a "unique" expensive program for training units of the Armed Forces of Ukraine, reports RIA News. 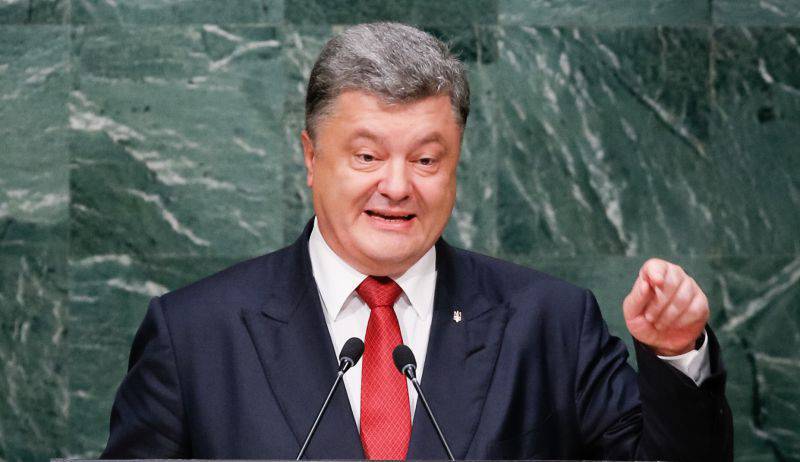 “In November, the American side will launch a unique multi-million dollar training program for the Ukrainian armed forces and special forces,” the president said.

He also said that while in New York, he agreed to provide the Ukrainian army with non-lethal weapons, in particular “modern means of counter-battery combat.”

In addition, Poroshenko said that the Congress recently decided to allocate a significant amount next year for the defense needs of Ukraine.

As for the elections in the Donbass, according to the president, all the political parties of Ukraine should participate along with local candidates, otherwise the settlement of the situation in uncontrolled territories “will go to a remote corner”.

He recalled how in the negotiations of the "Norman Four" he firmly and clearly made it clear to Putin that the elections in the Donbas would be held according to Ukrainian laws.

Poroshenko said: “Without the Verkhovna Rada there will be no elections. Without elections in the occupied territories, a political settlement will go to a remote corner. ”

Earlier, the leader of the LPR, Igor Plotnitsky, stated that "the participation in elections in the republic of the Ukrainian parties involved in the military operation in the Donbas and the blockade of the region is excluded." According to him, the elections in the republic are postponed only in order to “give Kiev a chance to fulfill its obligations under the Minsk agreements.”

Ctrl Enter
Noticed a mistake Highlight text and press. Ctrl + Enter
We are
Weekly summary (30 January-5 February) on the military and social situation in the DPR from the military officer "Mag"
71 comment
Information
Dear reader, to leave comments on the publication, you must to register.