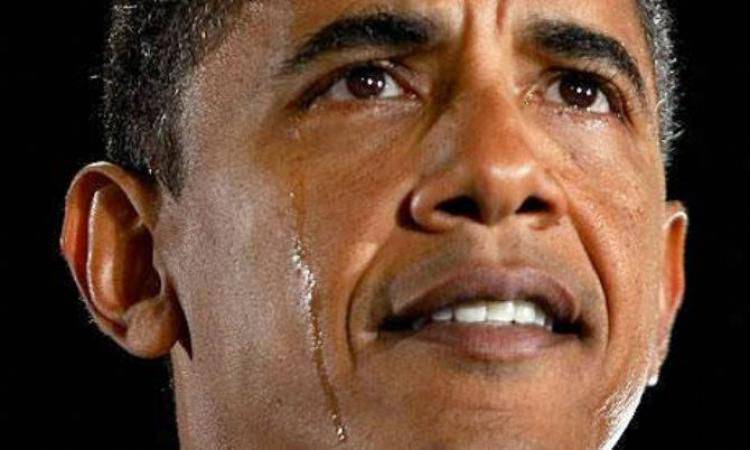 Infopole is overwhelmed with a look of hysteria: "Aah! Now, the US will shoot down Russian planes! They have already transferred F-22! Putin didn’t want the Third World War in Novorossia, so he still, bastard, will get it in Syria!".

Will not receive. Tantrum - get it. War is not.

Just now, any attentive observer can see a lively conflict between the sane and irresponsible part of the American political elite. If you want to glue labels, you can call them "moderate" and "neocon", or "Kissinger" and "Kagan". Separately for the victims of binary thinking, I explain: there is no "good" and "bad". There are all bad. We are interested in some bad - sane, others bad - irresponsible. The difference is about the same as between Churchill and Hitler.

Hillary Clinton says that no-fly zone is needed over Syria, and this is exactly what the Hagans would do if they could. Hillary Clinton is the brightest representative of the irresponsible segment of the American elite. Compared to her, John McCain is a bunny-pacifist.

Barack Obama does not even stutter about the no-fly zone. Moreover, the State Department even refused to actively participate in informational sabotage against Russia, which the American media accused of bombing civilians before the military operation began. The State Department, which is known for its love of using such “evidence” such as Facebook posts and rumors on Twitter, shows uncharacteristic restraint, although most experts expected Marie Harf to please us every day with regular photos of “victims of Russian aggression in Syria.”

The imputed part of the American elite, on the one hand, should not lose face and too frankly support Putin, however, for those who brought Obama to power, “boarding” Hillary Clinton in the last election, there is nothing more pleasant than watching the destruction of the structure in which The Kagans have invested billions of dollars and a huge political cover.

As a result, Kagan and other authors of the New American Century project have no choice but to inflate the hysteria in the media, including other ISU sponsors from Qatar, Saudi Arabia and Turkey to try to pressure Moscow. It turns out frankly bad. The governments of Turkey, the USA, France, Germany, Qatar, Saudi Arabia and Great Britain "expressed deep concern" and called on the Russian Federation to bomb only the IS forces.

In this situation, the funniest thing is that the document lacks the main thing, namely, the designation of the consequences for the Kremlin if the Kremlin continues to bomb those it wants. Destabilization of the situation in the region? There is nowhere to further destabilize. Further radicalization of Assad’s opponents mentioned in the document? It's hard to believe that this will scare someone in the Kremlin. Israeli attempts aviation flying in Syrian airspace is unobtrusively, but humiliatingly suppressed by Russian air defense and electronic warfare systems. By the way, there is a suspicion that after a practical demonstration of the Russian military complexes, a line of foreign buyers will line up behind them. Good advertising came out.

So no “enhanced isolation”, “new sanctions” and other horror films are foreseen. Putin is technically, clearly and competently using intra-elite squabbles in the USA and through the USA-EU line in order to actively promote Russian interests. This is a traditional Russian tactic. The situation is even somewhat reminiscent of World War II: some elite groups of the United States and Great Britain did a lot for Hitler to come to power, but this did not prevent the USSR from joining the situational allies of the United States and Great Britain.

Returning to the topic of hysteria, raised in the Russian and foreign media, it should be noted that any propaganda in absolutely inevitable way bears the stamp of not only the performer, but also the customer, and there is no way to get rid of it. For example, Kremlin propaganda, despite attempts to embrace the widest possible range of styles and methods of presentation, still carries the imprint of a slightly cynical, but ironic pragmatism, which is characteristic of the current inhabitants of the Kremlin and Old Square.

But the American propaganda and its singing in the European and Russian infopole no-no and roll into a clean, distilled tantrum in which logic can not be found even in trace amounts. There is a clear appeal to emotions, and the most primitive, and the main requirement for listeners is the slogan “Louder than hysterics! All in chorus: PUTINSLIL!”, And then depending on the situation: Putin leaked Donbass, Assad, Syria, Russia, Ukraine, economy, myself, all Russians, and so on ... It seems that Hillary Clinton and Marie Harf write the anti-Putin training manual in four hands, and then Condoleezza Rice and Madeleine Albright make stylistic changes. Such an option would explain a lot, wouldn’t it?

I would like to dwell on two specific examples of anti-Russian hysteria, which are disguised as "concern" for the welfare of the Russian people.

The favorite project of the Russophobe Belkovsky, for describing which the “Funtik and Madhouse” meme is well suited, writes that Assad is no longer salvaged and that supporting the regime behind which only 20% of Syria remains is no longer meaningful. The conclusion is clear: Putin, it turns out, all merged several years ago.

And now we follow the hands and connect the elementary knowledge of geography: under the control of the IG, mostly desert; The coast - just the most populated and economically developed part of the country - is under the control of government forces. If we count by population, it turns out that the IG controls only about 20%. Change things, right? We support not the losing side, but the side that could have lost if Turkey, or Qatar, or Israel, or Saudi Arabia introduced their no-fly zones over Syria, and then the matter would have gone according to the Libyan scenario. Putin had time.

Mrs. Latynina frightens Vatnikov with the prospect that it’s impossible to defeat ISIS by air strikes and that Russia will not receive any benefit from this war in principle. It seems that the militants who are fleeing en masse from Russian bombings do not share her opinion. All the enemies of Russia really want to convince the Russian audience that, in order to defeat the IS, it will be necessary to send Russian ground forces to Syria. Arguments are not needed. Tantrum steers as the main method of presenting discourse. The idea that the Syrian troops, Hezbollah and the Iranian "volunteers" can easily carry out the ground part in Syria is silenced, because then you have to stop the hysterics.

Developments on the Syrian and European fronts of the diplomatic war will surely give Russia's opponents new reasons for hysteria. One obvious reason has already been drawn, and the German media are actively pointing at it: “To save themselves from the consequences of the bloody chaos in the Middle East, Western countries will have to negotiate with the devil himself - including President Putin. However, for this need to recognize the Russian position on the Crimea and the Donbass. It seems that Europe, suddenly turned out to be weak and insignificant, simply has no other choice ", - writes "Die Welt".

According to the apt expression of the columnist "Bloomberg", France and Germany have already slapped Poroshenko "slap" in recent negotiations in the "Norman format". But this is only a warm-up before the next act, which will bring great pleasure to Moscow and will not bring any pleasure to Kiev. The most interesting is ahead.

Ctrl Enter
Noticed a mistake Highlight text and press. Ctrl + Enter
We are
A great interview with Sergey Lavrov: about Ukraine, Obama and IranWhat you didn't want to know about England
40 comments
Information
Dear reader, to leave comments on the publication, you must to register.