October 12 2015
52
The Russian-language writer from Belarus Svetlana Aleksiyevich became the winner of the Nobel Prize in literature for 2015 year “a monument to the suffering and courage of our time” for polyphonic creativity. But in fact - for the wretched slander on Russia, in which not even the shadow of talent flashes. 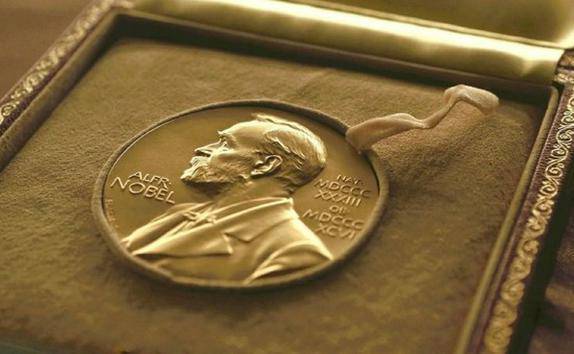 Nobel laureates before were such Russian writers as Bunin, Pasternak, Sholokhov, Brodsky, Solzhenitsyn. Great, albeit to some extent, shocking creators - but what a genius without outrageous?

The “dark alleys” of Bunin became, of course, a sexual outrage for their time. But there was both the highest syllable and the artistic justification of this literary sedition. Phrases, crawling to the soul, to tears.

“Matrenin Yard” and “One Day of Ivan Denisovich” Solzhenitsyn - also shocking, but real literary works. And then let him release such nonsense as the "Gulag Archipelago" and "Red Wheel", it is still a writer with a capital letter. Well, reeled; well, fell under the conjuncture - with whom of the greats also does not happen!

Sholokhov in general received his Nobel Prize without the slightest equivalents to the western side, openly declaring: “I write at the behest of my heart, and my heart belongs to the Communist Party”. His "Silent Don" is a novel of novels both in language and in the immense depth of penetration into the soul of the people. Much stronger than the sugary "Gone With the Wind" Mitchell and even the harsh "Grapes of Wrath" by Steinbeck.

Brodsky is a great poet who understands. Very boring and abstruse in many of his verses - but the author of such pearls as the aesthetic "Elegy to John Donna" and the anti-aesthetic poem "Presentation", all from audacious shocking:

“They say the Plenum has opened.”
"He hit her between the eyes with a log."
"Above the Arab Peace Hut
The Yeld Parkhaty is proudly flying ... "
"He was a simple worker all his life."
"By the way, we all jerk off ..."

Pasternak, in addition to his outstanding love lyricism, also wrote outstanding epics, including such verses about Lenin:

He was like a lunge on the rapier.
Chasing after expressed,
He bent his jacket topyrya
And the front end of the sleeper.
Words could be about fuel oil,
But the hull is bending
Breathed flight bare essence
Break through the stupid layer of husk.
And this naked burr
Reporting out loud to everything
What was traced in blood:
He was their sound face ...
Centuries envy envious,
Jealous of their jealousy of one,
He ruled the flow of thought
And only because of the country.

Yes, the West found in all these writers a sign of Fronde - but the main reason for awarding them the Nobel Prize was their great and desperate literary gift.

And suddenly all this former luxury of the Nobel objectivity has broken overnight.

Aleksiyevich, the author of conjuncture-perestroika essays like “The war has a non-female face” and “Chernobyl prayer”, has no relation to fiction at all. She is an ordinary essayist, but an extraordinary social activist who contrived to grab the Lenin Komsomol Prize and a bunch of Western anti-Soviet and anti-Russian prizes. And charmed by the Nobel Committee, which has completely gone crazy with hatred of Russia, with its pearls:

"About Moscow and the DPRK
I recently returned from Moscow, found the May holidays there. I heard the orchestras rattling at night and Tanks on the pavement. The feeling that I was not in Moscow, but in North Korea.

About victory and emptiness
Millions burned in the fire of war, but in the permafrost of the GULAG, as well as in the land of our city parks and forests, there are also millions. Great Victory betrayed. She blocked Stalin's crimes from us. And now they use victory, so that no one will guess what kind of emptiness we are in.

Oh joy after returning Crimea
The rally for the victory in the Crimea gathered 20 thousand people with posters: “The Russian spirit is invincible!” “We will not give Ukraine to America!” “Ukraine, freedom, Putin”. Prayers, priests, banners, pathetic speeches - some kind of archaic. A squall of applause stood after a speech by one speaker: “All the key strategic objects were captured by Russian troops in the Crimea ...” I looked around: rage and hatred on faces.

About the feeling of life
One Italian restaurateur posted an ad "We do not serve the Russians." This is a good metaphor. Today the world is beginning to fear again: what is there in this pit, in this abyss, which has nuclear weapons, crazy geopolitical ideas and does not know the concept of international law.

About Russian people
We are dealing with a Russian man who has fought for almost 200 for the past 150 years. And never lived well. Human life is worth nothing to him, and the notion of greatness is not that a person should live well, but that the state should be large and packed with rockets. In this vast post-Soviet space, especially in Russia and Belarus, where the people of 70 have been deceiving, then another of 20 have been robbed, and very aggressive and dangerous people have grown up for the world.

About free life
Take a look at the Baltics - there is a completely different life today. It was necessary to consistently build the very new life that we talked about so much in the 90s. We so wanted a really free life, to enter this common world. And now what? Second hand full.

About Putin
And Putin seems to have come for a long time. Overthrown people in such a barbarism, such an archaic, medieval ...

About Maidan
There, in the Kremlin, they cannot believe that not a Nazi coup occurred in Ukraine, but a popular revolution. Fair ... "

Bunin has such an essay "Cursed Days", where he in black colors of hopeless doubts depicted the October Revolution. But, unlike Aleksiyevich, Bunin's soul ached for what he sincerely did not understand — all of this he sees through in his essay and vividly takes on the soul. And when he finally realized what it was about, years after 30 after his emigration, he went to the USSR Embassy to ask back to his homeland. Well, I did not interrogate him - and I died in a foreign land, breathing love for my motherland, which I left because of his complex feelings.

And for the current Nobel laureate, everything is simple: know yourself Russia is high - and you will be happy, and the foreign circulation of your poor books. And the Nobel Committee, descending to such a profound devaluation - from the fiery Bunin, the bright Pasternak and the immense Sholokhov to the dull Russophobe Aleksiyevich - puts a shameful cross on himself.

The Nobel Prize for Peace has already become essentially a Nobel Prize. In addition, there is a literary, becoming a reward for a naked hatred of Russia, without any creative embellishment. And the recognizable sanction schnobel is already sticking out of it.

Ctrl Enter
Noticed a mistake Highlight text and press. Ctrl + Enter
We are
Swiss writer - Nobel laureate-2015: "Madame Aleksievich, you are not just lying ..."Ordinary fascism. Solzhenitsyn in the context of the history of the twentieth century
52 comments
Information
Dear reader, to leave comments on the publication, you must to register.